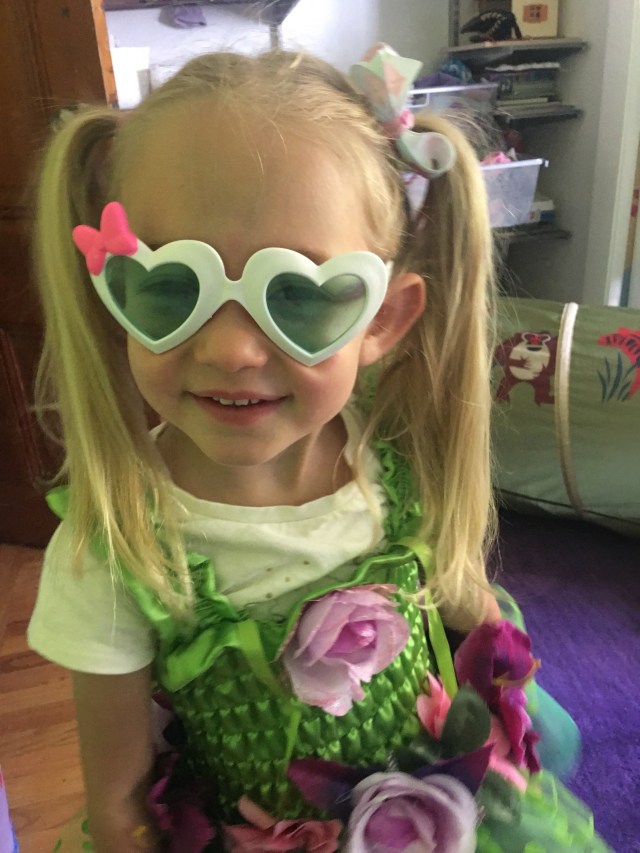 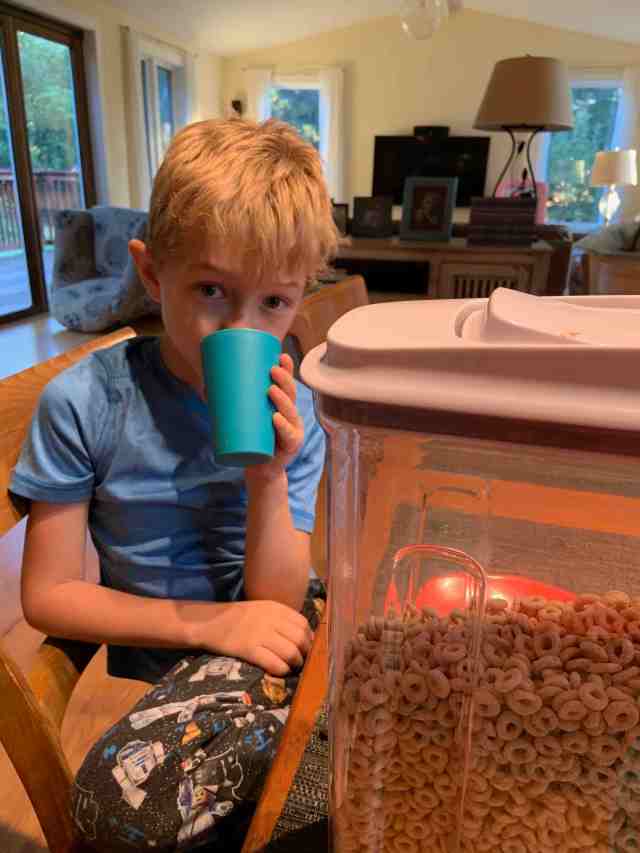 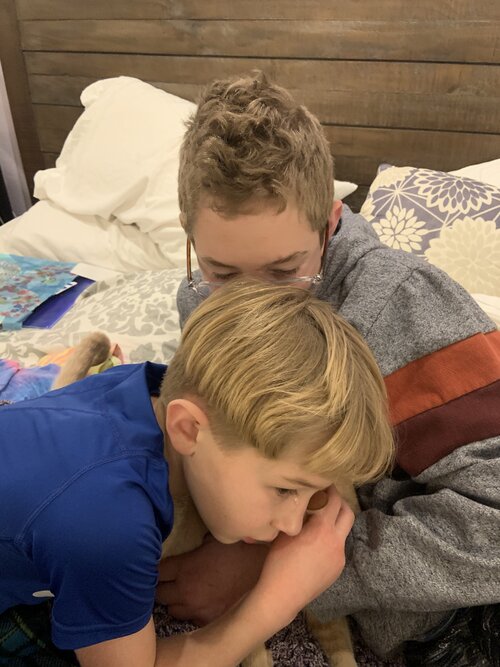 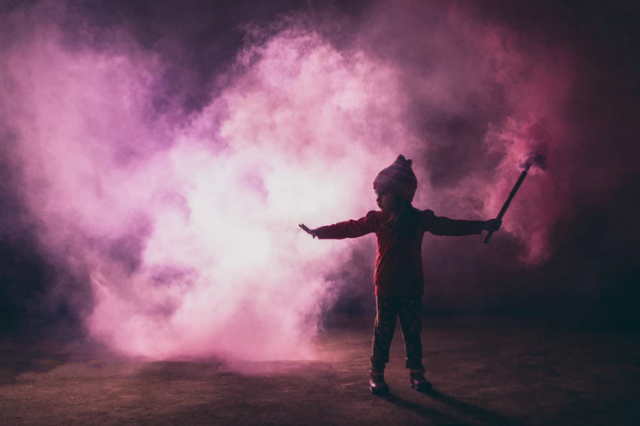 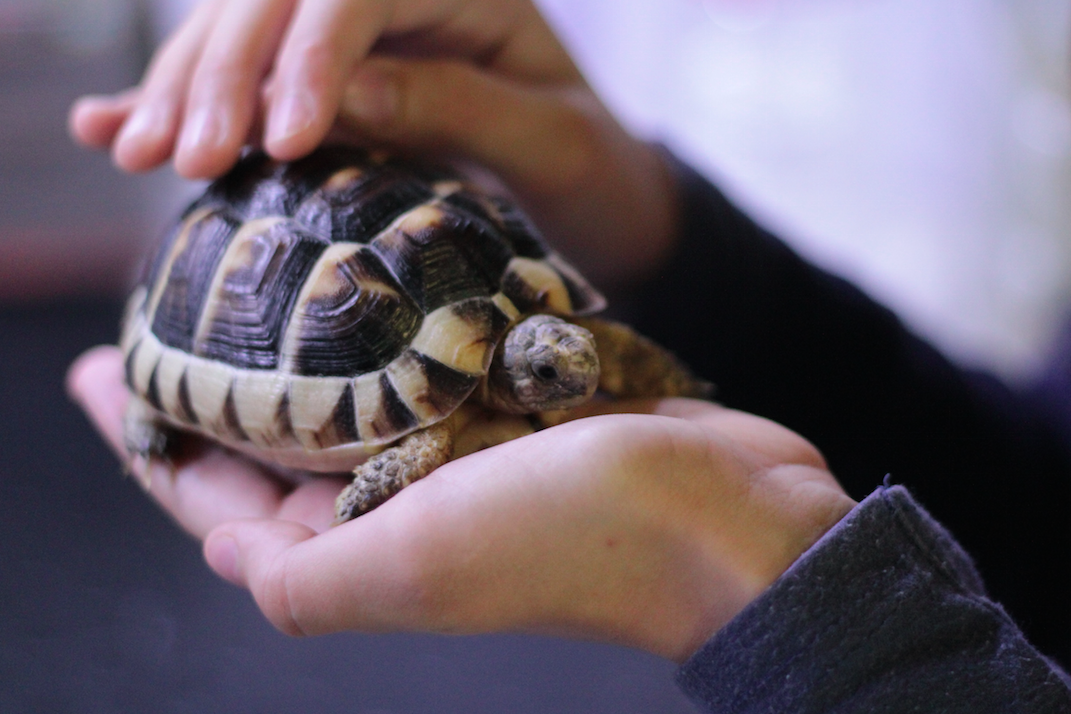 Our family has always had a lot of pets. At first, we had only one child and felt guilty about him not having anyone to play with. My son also seemed to really enjoy being around pets. We’ve had two rabbits, two guinea pigs, a bearded dragon, two dogs, plenty of fish, snails, two geckos, and four tortoises.

Over the years we really did not have to deal with death. We’ve have had fish die of course. (We’ve had “The Cosby Show” Rudy Huxtable funeral. Poor poor Lamont. Ha!). However, when one of the rabbits died, I was sure my eldest son Andre would be devastated, even though we really had not had it long. I called my parents over to help me explain the circle of life to him. When my Father finished his speech, my son took it in stride. My Dad took care of the body.

Yesterday, Andre didn’t lock the gate properly and one of our large tortoises got out of the fence. Upon returning home from taking my youngest to acting class, I turned into the driveway and heard a thump. I was confused because I didn’t see anything in the street. When I got out the car, I was horrified when I saw Pinky. I had run over her with my car. I didn’t see her—she was the same color of the street and a car was parked right close to my driveaway—the perfect condition for something like this to happen.

She was alive, but she was clearly very injured, and her shell had a big split in it. I picked her up, took her to the backyard and then googled what to do. She was still alive but couldn’t help but come to terms with what I knew was going to happen: I had killed Pinky! Meanwhile, inside the house, my son is losing it. Mad at me, like probably he has never been before. We’ve had her since she was a baby. My son was devastated by it all and blamed me. And I blamed myself.

My parents came over and got her. After watching videos of what to do, they tried to help her. My mother even told me that turtles are very resilient, but unfortunately, even though she fought for 24 hours, Pinky died from her injuries.

While I am heartbroken and keep wondering the “why’s,” this ordeal has taught me a very important lesson. Beforehand, I didn’t understand when a dog or cat died, friends and family spoke about how heartbroken they were on Facebook. I have more empathy now. When it comes to pets, even though some may not be able to show affection, we still care for it, considered its welfare, even spoke to, washed it, petted it. I also think when animals die by natural causes, it might be a little easier to handle.

Some immediate takeaways for me as a parent. I now understand how much pets play in our lives and I’ve had the privilege to love and care for them. Secondly, I’ve raised two kids who love nature and animals. They are thoughtful, loving kids.  Pinky was always trying to explore and escape. It’s not the first time she’s gotten out, such an adventurer, such a hardheaded kid. RIP Pinky.  You’ll be missed. :( 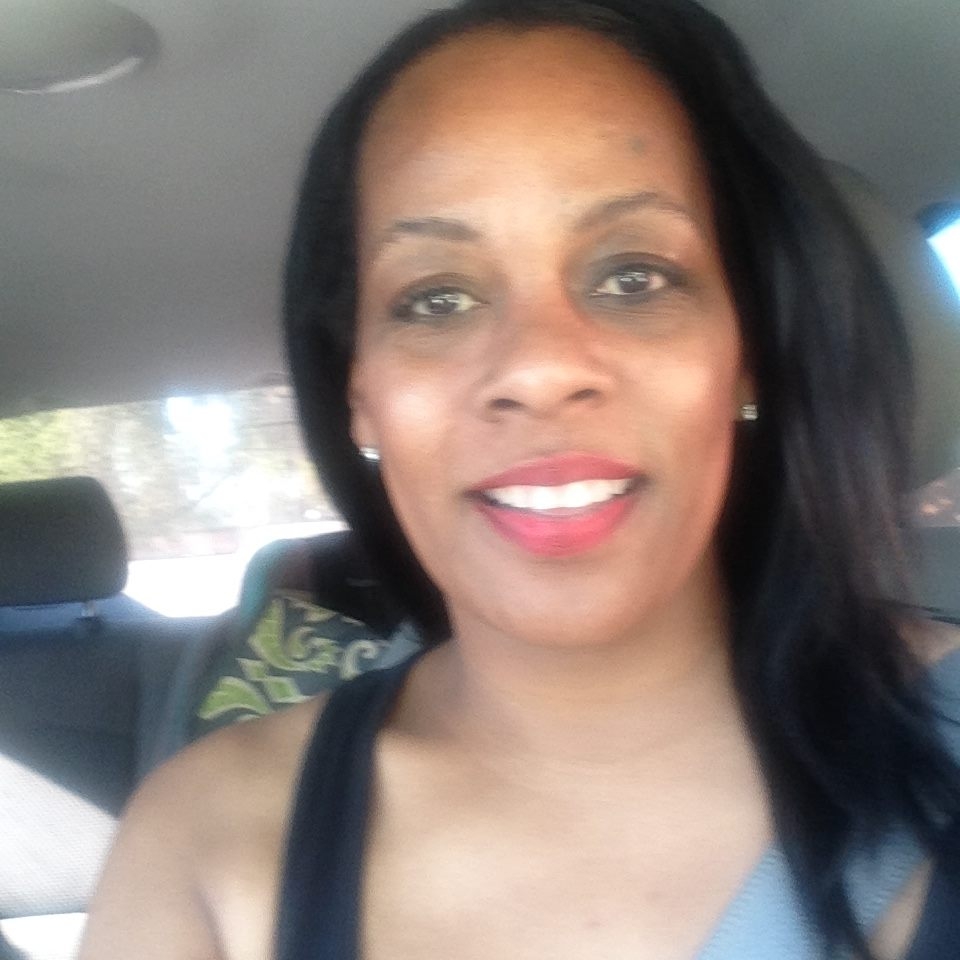 I'm a 53-year old single Mom living in Arizona. I enjoy reading, cooking, community involvement, watching Lifetime Movies, and uncovering amazing information and products to help my family live our best lives. I have two amazing sons an 18-year-old (elite basketball player) and a six-year-old who is the Great Entertainer.