If your pre-tween is already hounding you to join social media, there is an app that allows you to come to a compromise you can all feel good about. The Kudos app aims to connect kids ages 8 to 13 in a safe and positive way.

From YouTube Kids to Facebook’s Messenger app for kids, social media for the playground set is making waves, but Kudos is adding a twist that is integral to teaching kids how to navigate the digital universe. On its surface, the app is an Instagram-like social network that allows kids to share pictures with friends and join groups based on their interests, like slime making and LEGO. The general idea is that they can make friends and share ideas and inspiring photos based on commonly shared interests. 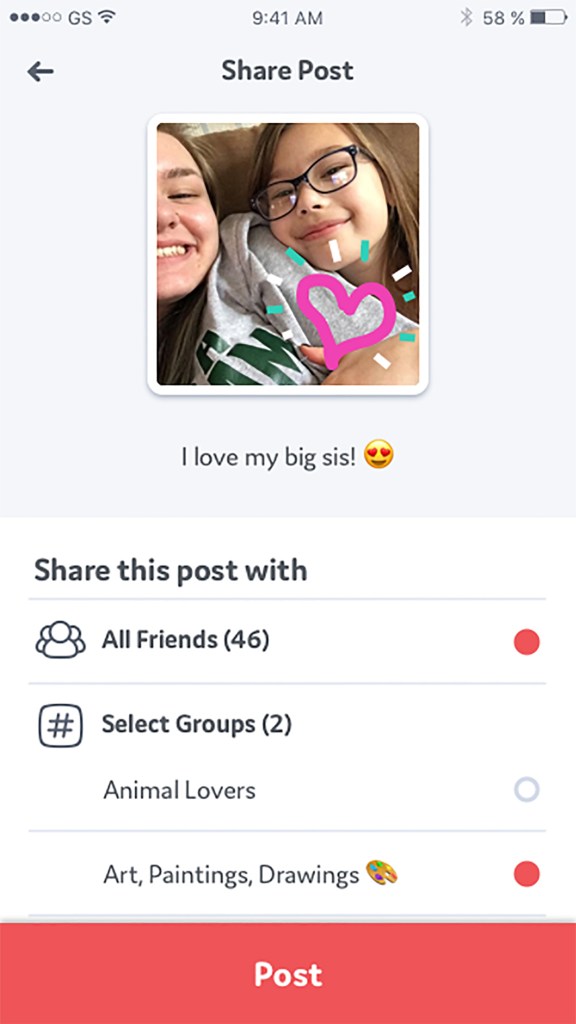 Ultimately though, Kudos is so much more than another social media platform. With 24-hour moderators inspecting every post and comment, anything inappropriate or offensive is immediately removed. Beyond simply moderating negativity, the app has a no-bullying policy. The terms of use require users to “be positive, supportive and kind to others in the Kudos community.” Users should never post pictures that are “hurtful, violent or are racially offensive. A great rule is not to post anything your parents wouldn’t want you to post.”

Anyone breaking these rules will have their posts removed or accounts blocked or deleted. The idea is not only to give kids a safe, harassment-free space but to also encourage the next generation of Facebook and Instagram users to learn how to interact on social media in a positive way.

The Kudos app is free to download for iOs and Android, kids can set up an account, but require their parent’s permission to activate it through a two-step verification process. Parents also have the power to delete friends. Pictures can be shared with friends only or widely to a group.