Instagram continues to be a behemoth in the world of social media, with more than a billion unique visitors on a monthly basis. Teens and pre-teens use the site to share photos and memes, private message and follow brands, but the platform has its share of pitfalls. Today Instagram announced changes to the platform that include defaulting young people into private accounts and making it harder for suspicious accounts to find young people.

“Young people” are defined as 16 and younger in the U.S. In a statement, Instagram said “Wherever we can, we want to stop young people from hearing from adults they don’t know, or that they don’t want to hear from.” The biggest preventative step will be defaulting this audience into a private account as they join the platform, instead of a public account. 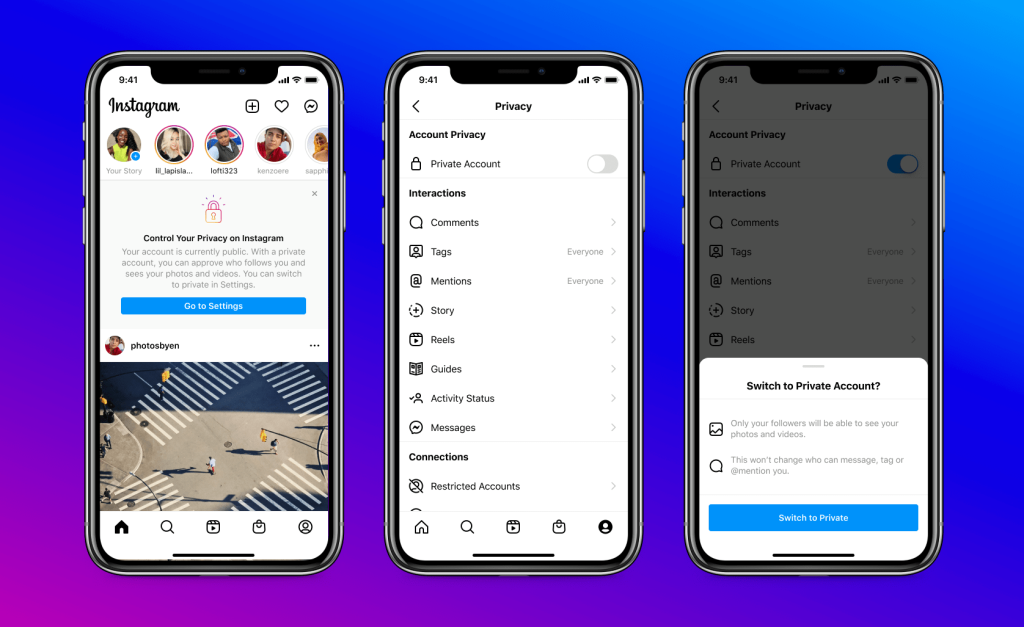 Instagram has also developed new technology to track accounts with “potentially suspicious behavior.” These accounts belong to adults that may have been blocked or reported by a young person. This feature means accounts that exhibit this behavior won’t be able to follow or comment on young people’s accounts.  The technology is currently rolling out worldwide and isn’t perfect, but it’s another move by the platform to support online safety.

Finally, Instagram is limiting how advertisers can interact with its younger audience. The upcoming change means advertisers can only target ads to teens based on age, gender and location. Previously, ads could also target teens on interests, or on activity on other apps and websites. This change was based on conversations with youth advocates and will affect Facebook and Messenger, too.

Instagram Can Detect Bullying in Photos & This Is Huge for Teens