Here’s Where to Score Free Pies & More for Pi Day, because Math Is Delicious

The Best Casseroles to Feed Your Family

From the environmental impact of modern beef production to the safety concern over recalls, there are plenty of reasons to take a break from red meat, even if you’re not a vegetarian. But what do you do when your kids still want to eat a cheeseburger? Enter the Impossible Burger. So, is the Impossible Burger kid-friendly? We consulted our best experts: our kids!

It seems like every day yet another recall is being announced for ground beef, which makes the thought of burgers for a family dinner less than appealing. So when my daughter asked if we could go out for cheeseburgers, I decided it was time to take the plunge and try something outside the box. I loaded up the car with two hungry kids and headed to Fatburger, where the newest item on the menu full of beef burgers is the Impossible Burger. 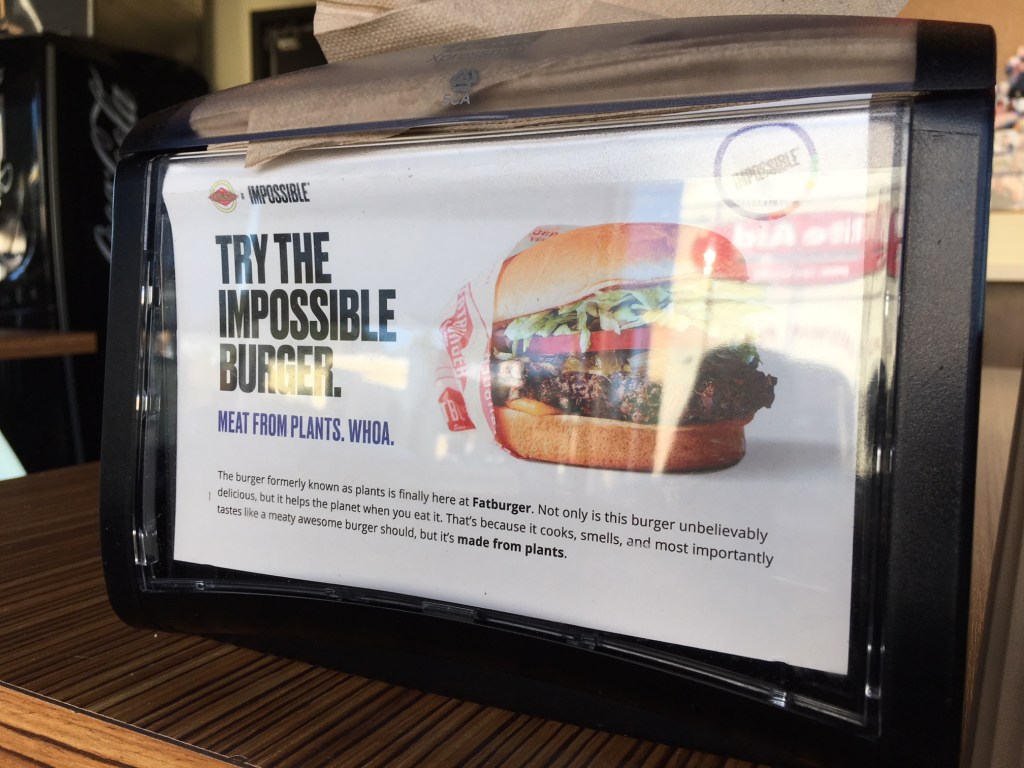 What is the Impossible Burger, you might ask? It’s a “burger” with a patty made from plant-based ingredients. Yes, I know what you’re thinking and, no, it’s nothing like a veggie burger. Instead, Impossible Meat is meant to mimic the real deal…and it does a pretty good job of it.

Impossible Meat is comprised of wheat protein and potato protein, along with coconut oil, soy and heme, a genetically-engineered yeast combined with “the DNA from soy plants” and fermented to give it both iron and that meaty taste. It looks, feels and even smells nearly identical to ground meat. 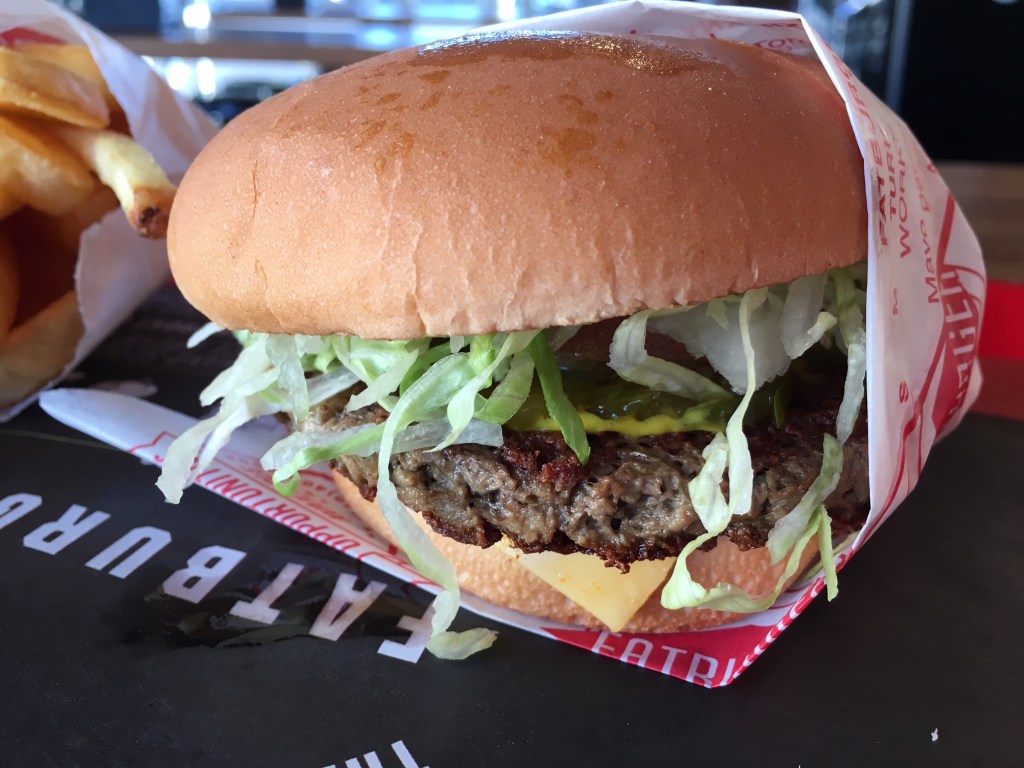 Posters for the Impossible Burger were plastered all over the Fatburger restaurant, so it wasn’t a total stretch to get my daughter excited about the prospect of trying one—until I explained what it actually was. She was hesitant to give up her cheeseburger for a bite, but after a little coaxing she took a bite…and then another!

I asked her how it tasted and she said, “It’s good.” Which, for a kid who spent the first few years of her life eating only a handful of different foods, is like a glowing, five-star review. I decided to take it a step further and ask her if it tasted the same as a burger. She gave me a noncommittal shrug, but then took another bite. (In other words, two kid thumbs up.)

I asked my three-year-old to give it a try, but considering that he ordered a hot dog a burger restaurant, I wasn’t surprised when he turned me down. (Three-year-olds, am I right?) 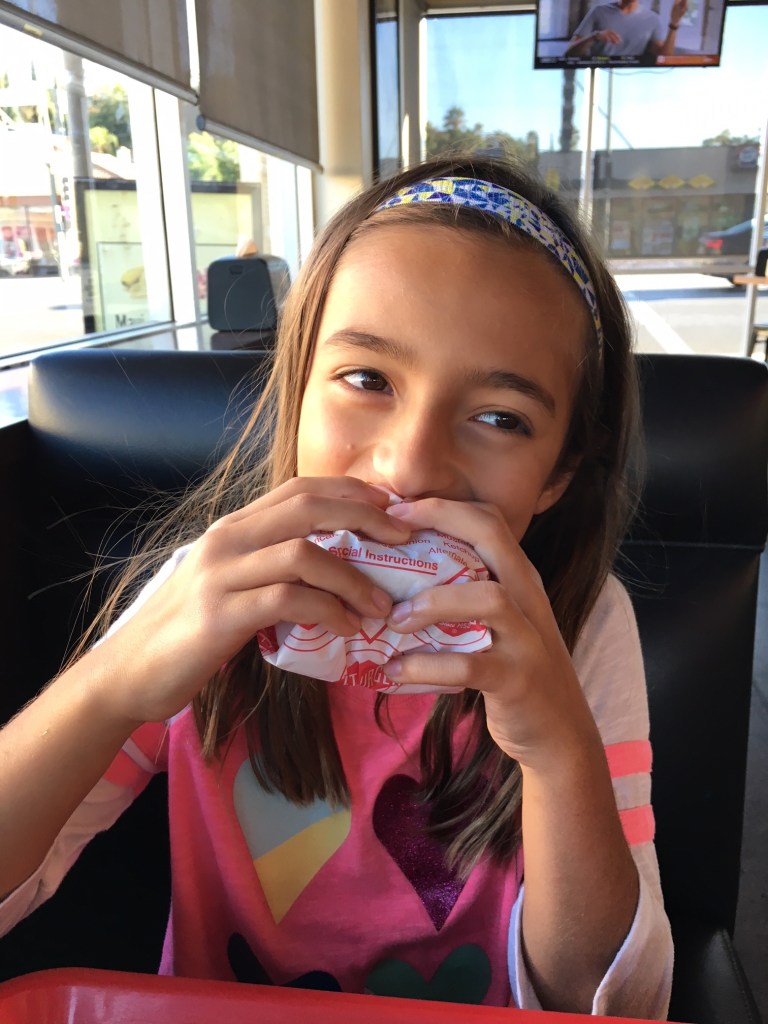 For my own part, I was relatively impressed by the Impossible Burger. The texture and consistency was nearly identical to a real burger. When I broke off a piece to eat on its own I could tell that it wasn’t meat, but when loaded with condiments, toppings and a bun, tasting a difference was legitimately next to…impossible. 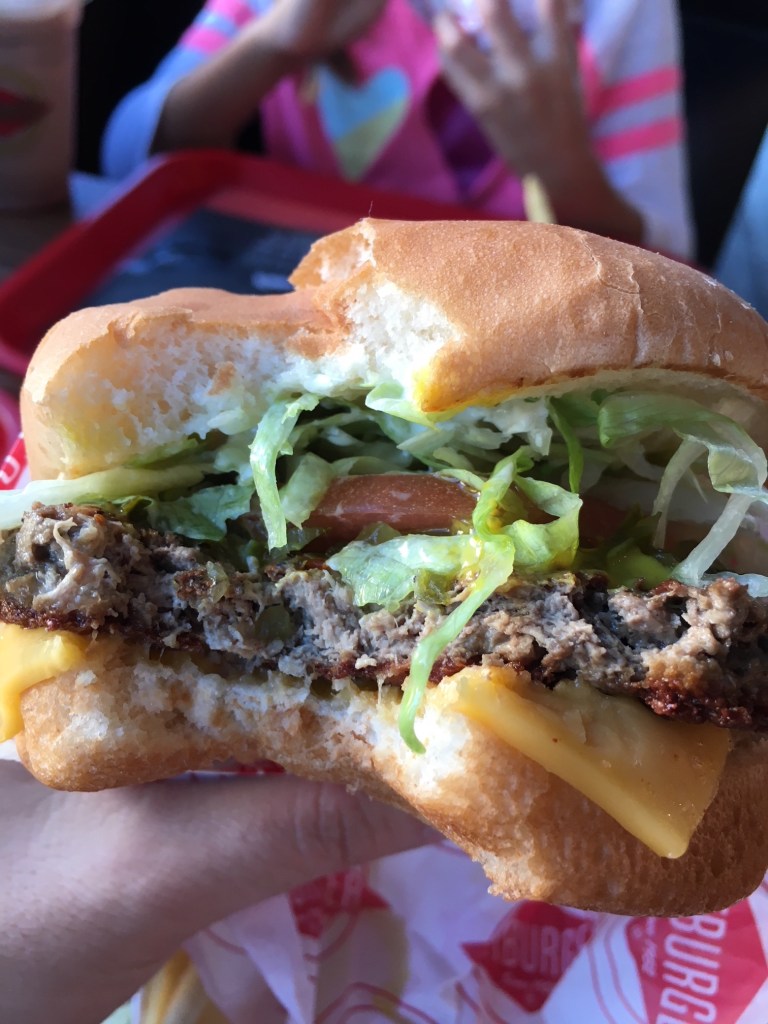 As we finished off our meal, my daughter asked me again what the burger was made out of and we discussed the differences. At nine years old, she understands that beef comes from cows, but I could see that she was really thinking about what that actually meant.

Then my son chimed in and it evolved into a conversation about carnivores and herbivores in the dinosaur kingdom. After the last bites had been eaten, he finally said, “I want to try it.” (Three-year-olds, am I right?) 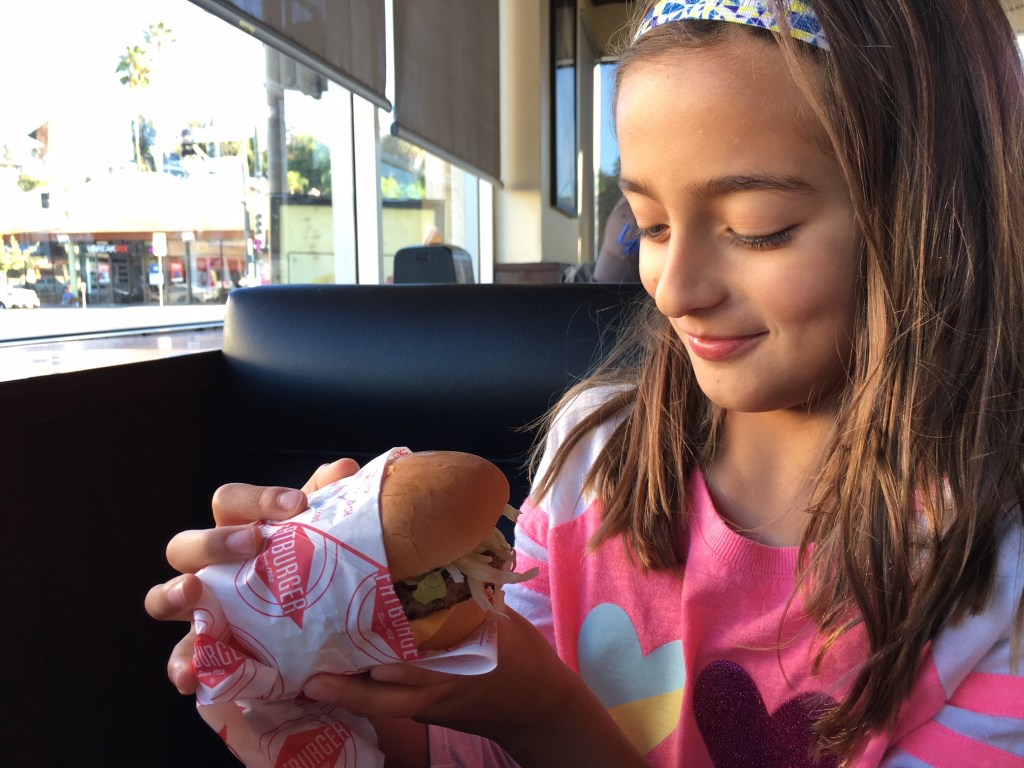 So was it a success? My picky eater tried something new and liked it, no one got a case of E. coli and we had a great dinner conversation. In my book, that would be a big yes.

Recall Alert: This Ready-to-Eat Frozen Chicken Could Have Metal Fragments