Trader Joe’s Products That Will Make Your Summer

Krispy Kreme is on a roll! Today the beloved chain launched its first-ever cinnamon rolls to make your breakfast run even sweeter. And yes, there’s one topped with Cinnamon Toast Crunch!

For a limited time you can buy the Original Glazed Cinnamon Roll or the Cinnamon Toast Crunch Cinnamon Roll, topped with your fave childhood cereal and finished with a cereal milk icing swirl. Don’t mind us as we drool all over our screens. 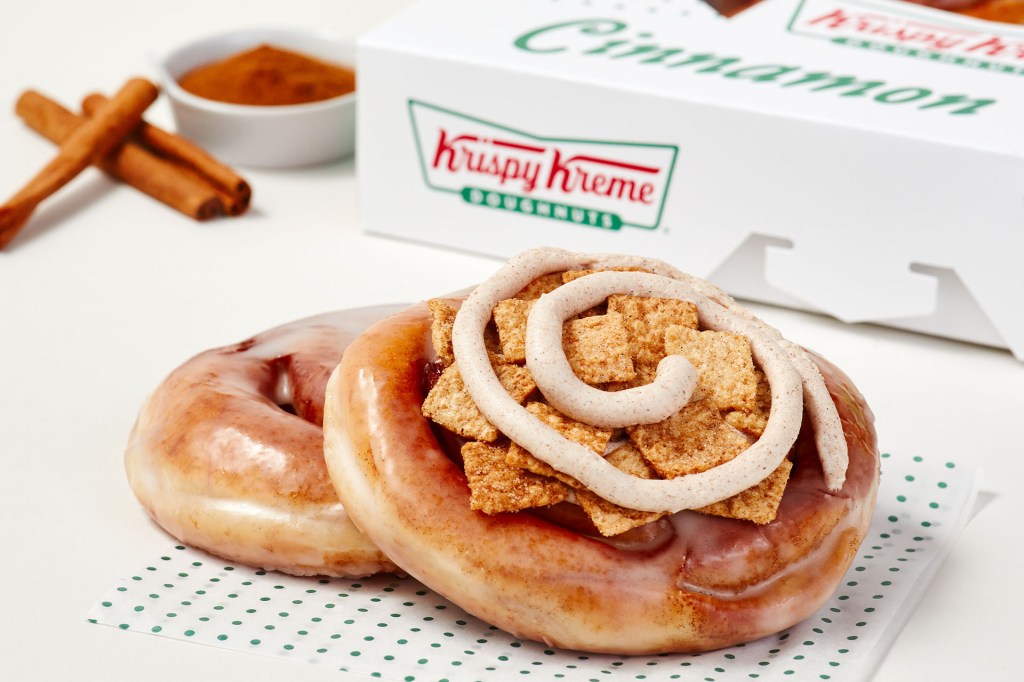 Instead of the traditional frosting, Krispy Kreme opted to use its iconic donut glaze for the rolls. They’re hand-rolled and feature a yeast-raised dough, because the best baked goods always take time. Grab them individually or in a special four pack, in shops and online at participating locations.

Unfortunately for cinnamon roll fans, these babies are only around until October 10. Grab one this week and enjoy it with Krispy Kreme’s fall drinks!

This Is What Happens When Krispy Kreme Collabs with OREO