It’s out of this world! In celebration of NASA’s 2020 Mars Perseverance rover, a new display has landed at LEGOLAND Florida Resort. The life-size LEGO astronaut model consists of almost 66,000 LEGO bricks. 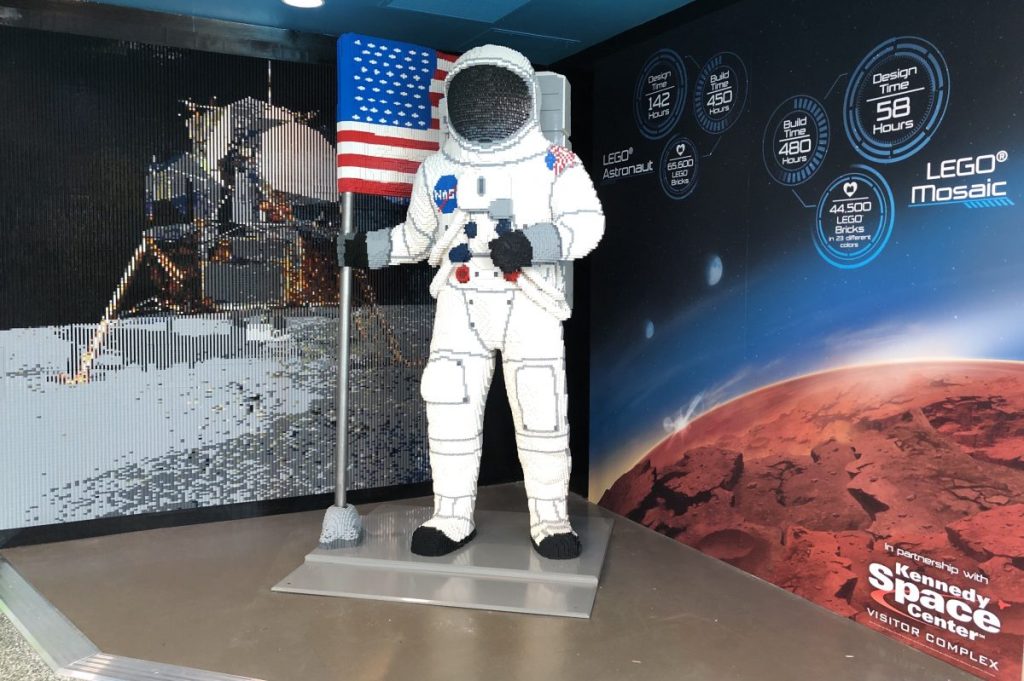 In addition, LEGOLAND Florida guests will also be treated to a moon landing-inspired mosaic background created from more than 44,000 LEGO bricks.

The models were built last year to commemorate the 50th anniversary of the Apollo 11 mission. These LEGO models have been on display at the Kennedy Space Center Visitor’s Complex since their construction.

Starting today, space and LEGO fans can enjoy this awesome replica moon lander and giant astronaut in their permanent home in the Imagination Zone at LEGOLAND Florida Resort.

Some interesting facts about the LEGO model and mosaic include:

Since reopening on Jun. 1, LEGOLAND Florida Resort has introduced a range of new health and safety measures, including reduced capacity, cashless payments, temperature checks upon arrival, and enhanced cleaning practices. Guests can read more about how LEGOLAND is making it safe to play at https://www.legoland.com/florida/ways-we-are-making-it-safe-to-visit/.

LEGO Announces Support for Children and Families Impacted by COVID-19