With the GRAMMY awards in LA, the rockers are in town!  It’s not often that you get to see one Grammy nominated artist in concert anymore, let alone all 5 performers nominated for best album of the year. The fact that it’s Best Children’s Album is all the better – it means you can take your kids, and rock out together to your favorite bands, and discover some new favorites, too. 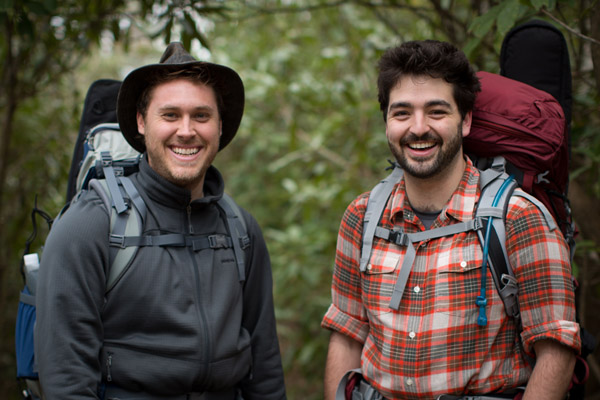 We got the scoop and asked these 5 super talented artists why they prefer performing for the wee ones. See what they said, and then catch all five of them in concert on February 7th, the day before the Grammy Awards.

The Okee Dokee Brothers  Through the Woods
These 2013 Children’s Album GRAMMY winners are back with an album that was was created as they hiked the Appalachian Trail, and takes kids on a journey of old time mountain music in the great outdoors. They’ll totally make you want to spend the next day hiking!

Why they love rocking with kids: “Our favorite thing about playing music for kids and families is seeing the joy kids get from watching, not us, but their parents/guardians drop their inhibitions and participate in the show. We love providing a positive circumstance that allows parents to connect with their kids in a new way.” 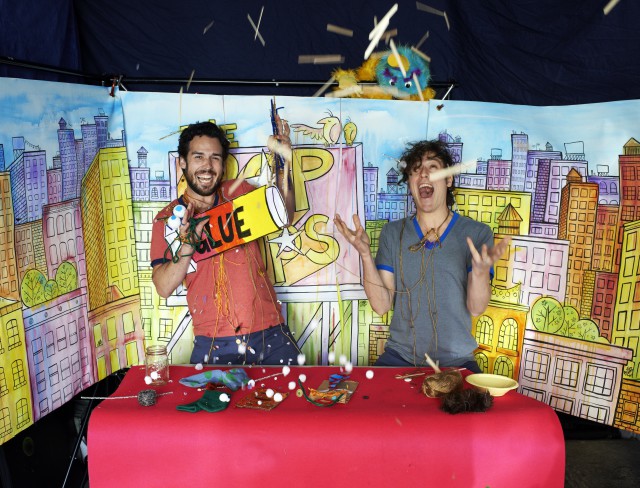 The Pop Ups  Appetite for Construction
The Pop Ups are one of the top touring bands in the nation, and they’ve won tons awards and national radio play for their modern pop sounds and magical musical puppet shows.  Which is all well and good, but we adore them for their witty lyrics and dance-able beats. (And for riffing their new album title on the best G N’ R album from our own misbegotten hairband rock days…)

Why they love rocking with kids: Jacob Stein says: “We get to dress up like robots, work with puppets, make live drawings, play electric guitar, do dance routines, sing in public, tell lots of jokes…What’s not to like?” And Jason Rabinowitz says: “Kids like to have fun.  And we like to have fun.  So, we’re a pretty good match. Kids are the best audience ever. They have no hidden agendas.” 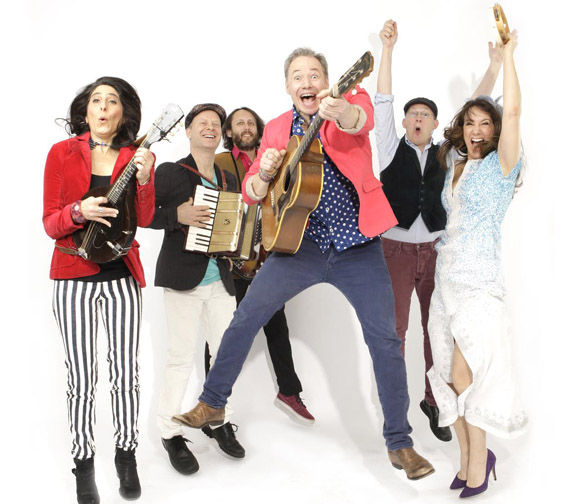 Brady Rymer   Just Say Hi!
Brady and his Little Band That Could play a variety of instruments and blend harmonies for a rootsy, exuberant, and joyous collection of original songs celebrating friendship and family life.  We kind of think he sounds like a kid-friendly Tom Petty. To which we say, yes, please!

Why he loves rocking with kids: “It’s an amazing feeling to play music that feels good and important to me, and see kids and their families connecting with it – dancing, singing, laughing and gettin’ their ya-ya’s out!  The shared experience is so gratifying…I always leave a family concert feeling a little bit brighter, lighter, happier & inspired, and I try and pass that spirit along every time I play.” 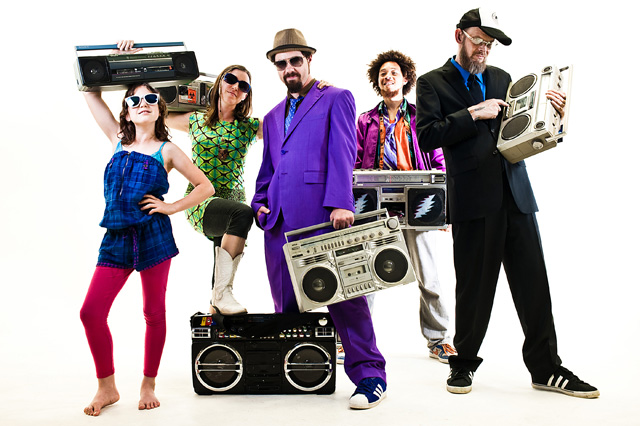 Secret Agent 23 Skidoo  The Perfect Quirk
This band offers straight-up funk and “kid hop” that is never dumbed down.   Skidoo brings to the stage a musically sophisticated and lyrically intelligent half-pint dance party. His latest album celebrates diversity and funkiness, lifting up the underdog.

Why they love rocking with kids: “Cactus” – the band leader for Secret Agent 23 Skidoosays, “Having rocked at crazy festivals, house parties, and bars at 2 a.m. for grown ups, and also at crazy festivals, zoos, and schools at 2 p.m. for kids, I gotta say that a hyped up group of half pints is the best crowd a musician could ever dream of. Ask them to dance, they dance like the floor’s made of hot lava, and ask them to shout, they just might drown you out! If we could harness that energy, space travel would be a breeze.” 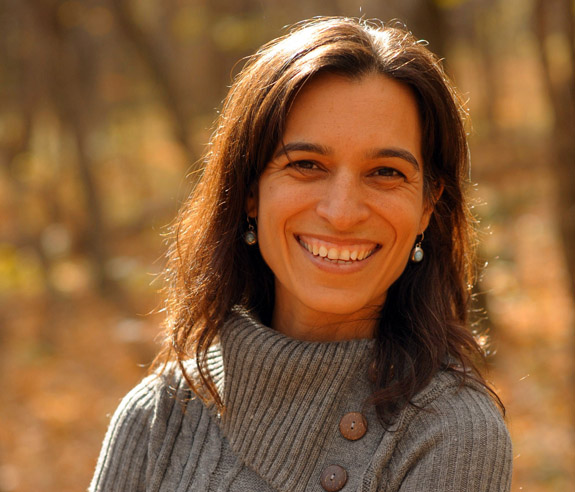 Neela Vaswani – I Am Malala: How One Girl Stood Up for Education and Changed the World
This is the only non-musical nominee this year. Narrated by Neela Vaswani and featuring a prologue and epilogue read by Malala herself, this powerful New York Times best-selling young readers’ audio edition will open kids’ eyes to another world and will make anyone believe in hope, truth, miracles and the possibility that one person can inspire change in her community and beyond.

Why she loves reading to kids: “Recording and performing for kids feels powerful, like I’m making more of a lasting difference.  Kids’ joy and responses are so immediate and vivid. They’re more challenging as an audience, too; if you’re not holding their attention it’s very clear!”

You’ve met them, now go see them!
Gather up the kids and catch this special one-hour Grammy kids concert with all five nominees performing. Tickets are just $12 (in advance, $15 at the door), but this annual celebration of music for families always sells out in advance, so buy your tickets now before they’re all gone.

*All the proceeds from the concert will benefit Little Kids Rock.

What’s your kiddo’s fave music? We need more great recs, like these cool artists, for our 2015 playlist.  Let us know in the Comments, below.