Nobody celebrates the holidays with as much panache as we do here in La La Land. Magic and mystery are our specialties!  So with Thanksgiving but a belly full of memories, it’s time to launch into Christmas with an LA tradition: the 83rd annual Hollywood Christmas Parade. With Stevie Wonder as this year’s Grand Marshall and tons of floats, marching bands, celebs and Santa himself, it’s the perfect way to start the season. 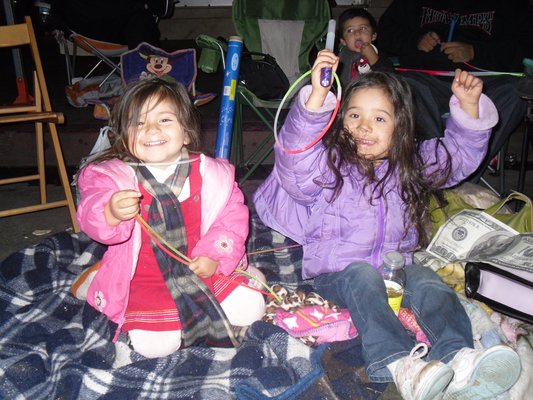 The Parade 411
Taking place on Sunday November 30 at 5 p.m., the parade starts on Hollywood Blvd at Orange then travels east to Vine, south on Vine to Sunset Boulevard and west on Sunset, back to Orange. The route is shaped like a big “u”.

Good to Know: A popular kid friendly location is at the corner of Selma and Vine. The bathrooms are nice and clean at the Trader Joe’s—and you can grab a snack, or extra gallon of milk on your way home. Plus there’s an ATM there for access to quick cash. 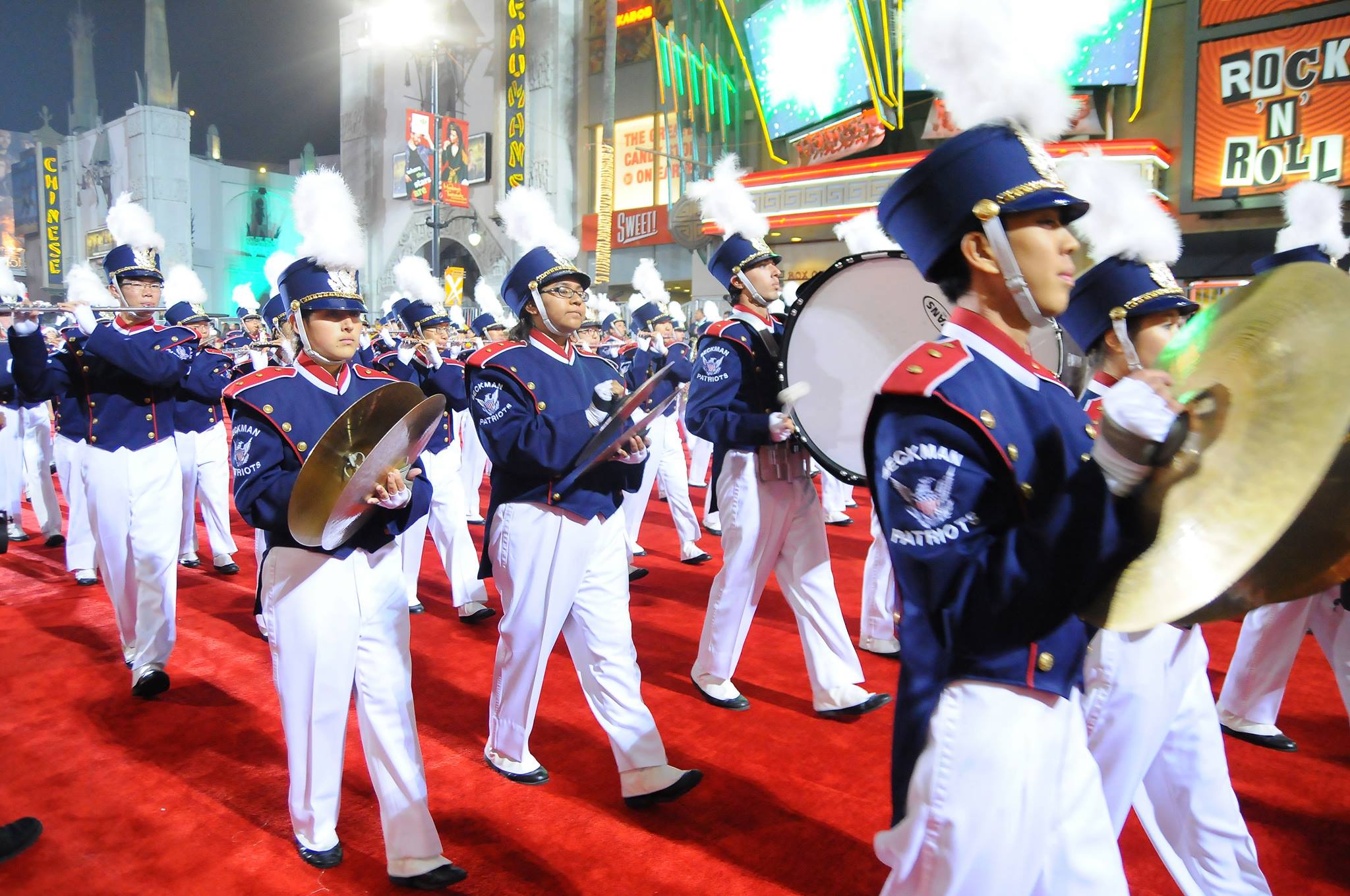 Admission and Parking
General admission is free. Just show up and grab a spot anywhere on the parade route. But be sure to get there with plenty of time to park and get a good spot. Plan to arrive about 45 minutes before the parade starts, so you aren’t rushing.

If you want an actual seat, you can pre-order Grandstand Seating tickets now. Tickets range anywhere from $25 to $85 and can be purchased here. (If you ask us, camping out and bundling up is half the fun!  But we know that you may be bringing older relatives who need a guaranteed seat.)

You can always try your luck at street parking, but we recommending paying a few bucks extra to park.  The aforementioned TJs is one spot, or there’s plenty of parking at the Hollywood and Highland garage.  With the parade taking over the streets, parking is scarce.

Good to know: Exit the parking structure at H&H at street level for access to the parade route. While you’re there, make a bee line for the nearby bathrooms. Trust us, it will be better than the parade’s port-a-potties. 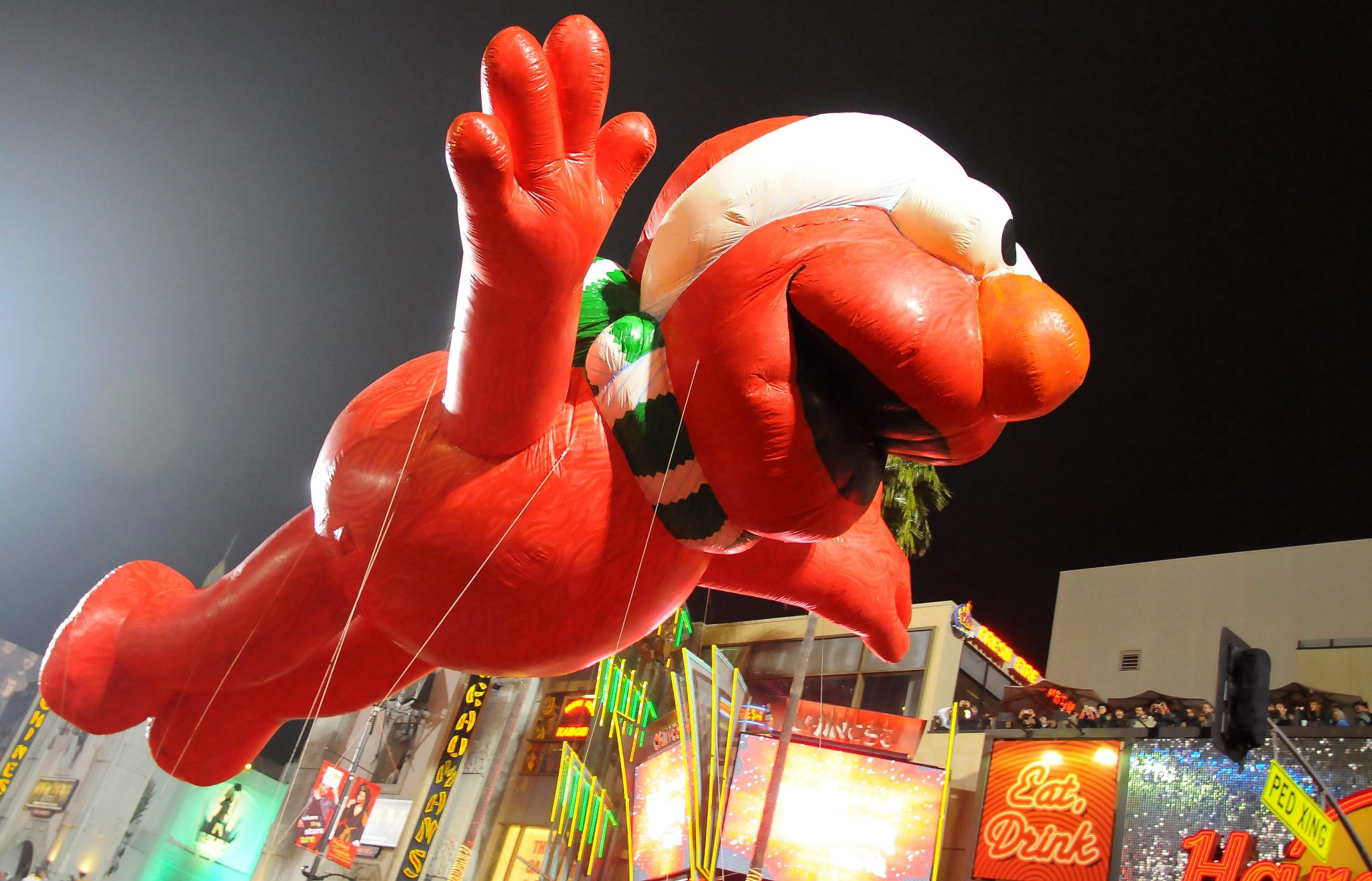 What You’ll See
Keep your eyes glued on the route for larger than life floats, equestrian groups, classic cars, dozens of award winning marching bands, and more. And it wouldn’t be Hollywood without a few celeb sightings. Check the official parade website for a full list of who’s who; it’s growing by the day. It’s all topped off with a visit from Stevie Wonder, and then Santa himself.

Good to Know: Early birds can catch a glimpse of the LAPD motorcycle brigade who put on quite the show with their fancy tricks and flashy sirens. This goes down about 20 minutes before the parade actually starts. 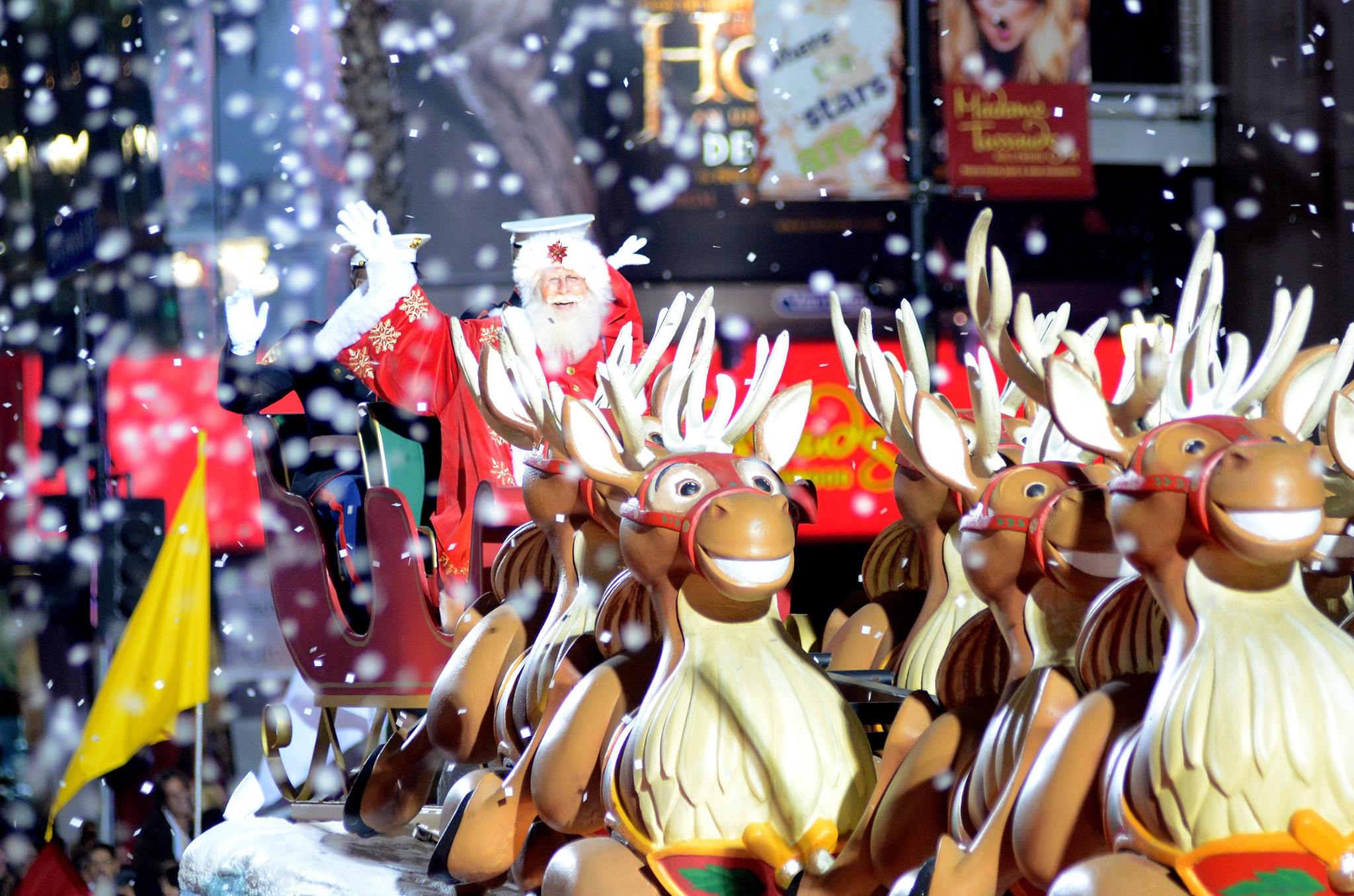 What to Bring
60 degrees feels cold to our SoCal babies, so don’t forget to bring some blankets and jackets. Low back chairs are allowed. Also remember to bring snacks and a thermos with something warm like hot chocolate, cider or soup. (The Hollywood pizza shops are tasty, but crowded and not-so-healthy!)

Good to Know: There’s a Starbucks on the corner of Vine and Hollywood Blvd. where you can grab a cup of joe to go. There’s also a huge Walgreen’s on the Vine and Sunset corner that sells awesome sushi and fresh juices, if you need a healthy snack or tissues or any other last minute essentials.

What’s the one event that you wouldn’t miss each holiday season? We want to know, in the comments below.