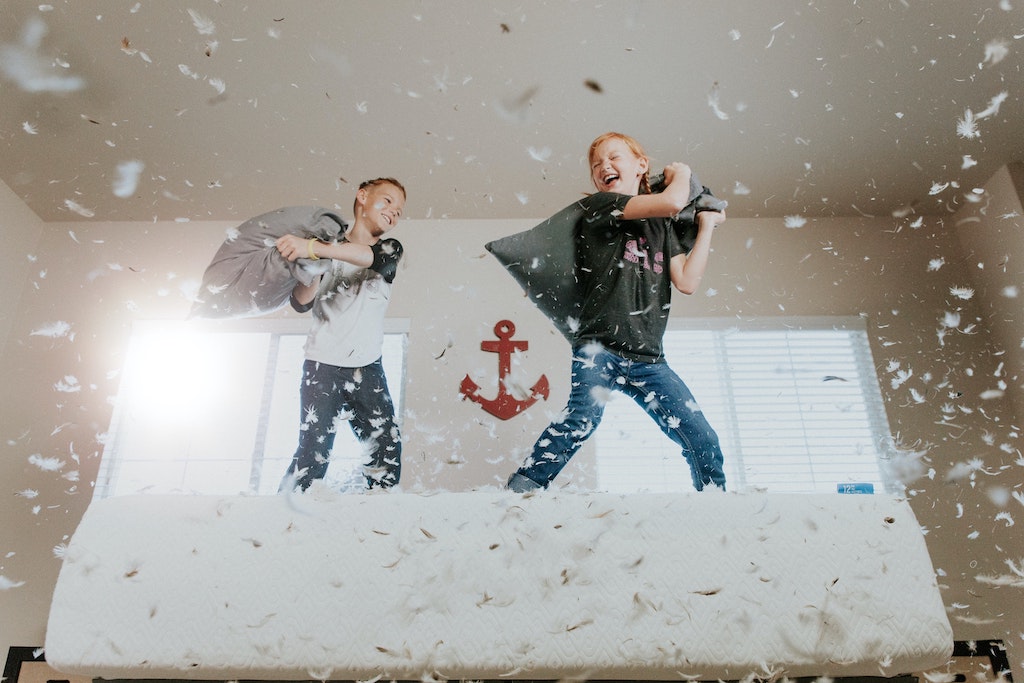 Parenting is hard. If I had to go back and tell my pre-parent self anything about parenting it would be that it is so freaking hard. It’s also incredibly gross and unbelievably exhausting. I’ve been a parent for over 17 years and I’ve definitely had my share of “OMG did that really just happen?” parenting moments.

Here are my top three:

1. The time my entire family had a stomach virus.
One winter my oldest daughter (who was about 18 months old) started vomiting. I’ve been through several stages of parenting and the worst time to have a child vomit is when she’s a toddler. They always cry, vomit right where they may be standing, and get it all over every piece of clothing and strand of hair they may have, every time. By day two, my husband had begun to vomit as well. This of course sent him straight to bed moaning that he was going to die. I, of course, kept managing our little one, trying to keep her fever down as well as any fluids.

On day three I began get sick. I was violently ill and I had a very sick toddler. She would vomit, I would vomit right along with her and then I would clean it all up. By day four I decided that she needed to be seen by a doctor. It was Sunday so I was told to take her to the ER at our local children’s hospital. My husband was functional by this point and he drove us. My poor little baby was so hot with fever and so limp from dehydration I barely acknowledged my own sickness at this point. They took one look at her and pulled her into triage to give her an IV and get the fluids going. After what seemed like hours, our pediatrician found us. After checking on my improving baby she took a hard look at me. “Have you talked to your OB this week?” Um, no. Why?. “Well, you’re pregnant, have a fever, and I doubt you’ve eaten or drank much of anything for a few days.” Oh yeah, I thought. I’m pregnant. I truly and honestly had forgotten.

2. The time we got “The Lice.”
Yes, a case of lice is as awful as you can imagine. Yep, I never thought it could happen to me. I have three daughters with long hair. Enough said, right? After several weeks of constant laundry, combing, and crying I finally admitted defeat to the little jerks and dragged us all into one of those places that looks like a hair salon but is actually filled with lovely people picking dozens of bugs and eggs out of children’s hair at the cost of hundreds of dollars. It’s worth every cent. Take away? Hugs spread bugs (and little girls LOVE to hug each other). Also, keep your kids a little dirty because lice LOVE clean hair. It’s been several years and I still don’t have the emotional strength to rehash any more of this particular saga. Maybe someday…once the involuntary shivers at the sight of anything brown on my kids’ scalps stop.

3. The time my daughter threw up chicken nuggets in the car 30 minutes into a five-hour drive.
One weekend, my family decided to head to Washington, DC for a long weekend. We decided to leave Friday night hoping the kids would sleep for most of the trip. After my husband got home from work we packed the car, put the kids in pajamas, grabbed fast food for dinner, and got on the road. It quickly got dark as the kids happily munched on their dinners. Then we hit a part of the highway that winds around extreme curves. Now imagine my children in the back of my car, in the pitch dark (no lights on this highway) as the car rocks back and forth on these curves. Disaster. My youngest daughter quietly said, “Mommy…I don’t feel well” before enacting a scene from the exorcist all over herself, her beloved Elmo doll, her carseat, and the floor around her carseat.

My husband took the nearest exit which happened to be a rest area. I then spent the next twenty minutes cleaning up my kid, her items, and her entire side of the car with the very few napkins we happened to find in the glove compartment because this rest area was “green” and there was not one freaking paper towel or napkin in the entire place. Not one. I ended up washing Elmo off in the sink and then dried him under the hand dryer. I did the same with my daughter’s clothes since the back of the car was packed so tightly I couldn’t get to the suitcase with her spare clothes in it. I dumped her back into her carseat and we got back on the road. Oh…the smell. With every mile we traveled that night the smell of the vomit seemed to get stronger. Since it was February, opening the windows for any length of time froze us solid. My older kids gagged and whined. The baby slept soundly. We finally arrived at our hotel around midnight and neither my husband nor I wanted to even think about dealing with the residual vomit in the car. I’ll let you imagine what we faced (and smelled) in our car come morning. Our first stop on our lovely weekend away was a local grocery store to purchase Lysol wipes and air freshener. I also had to hunt down the hotel’s laundry room to deal with her vomit encrusted coat.

So there you have it. Parenting is messy, exhausting, and filled with unexpected mishaps. I’ve realized that finding a way to laugh through some of it is the best way to manage. In the end I think I’m stronger for it (at least my stomach is) and they are most definitely worth it.

I am a certified speech-language pathologist working with teenagers by day, a mother to three daughters (two teenagers and one almost teen) day and night, and a writer sharing my thoughts, fears, wishes, and experiences any spare moment I can find. I love my children, my husband, and the ocean.