Top Gear for Family Camping with a Baby

The Best Camping Games to Try This Summer

25 Reasons to Travel with Your Baby on Board

Does your family wish those weekend bicycle rides would never end? Soon you’ll be able to bike or hike across the United States on a 3,700 mile multiuse trail!

The Rails-to-Trails Conservancy has just unveiled the full trail map for The Great American Rail Trail which will cross 12 states and the District of Columbia from coast to coast. The Great American is the nation’s first cross-country multiuse trail built from existing rail trails. The route is now more than 52 percent complete and hosted by 130 existing trails. 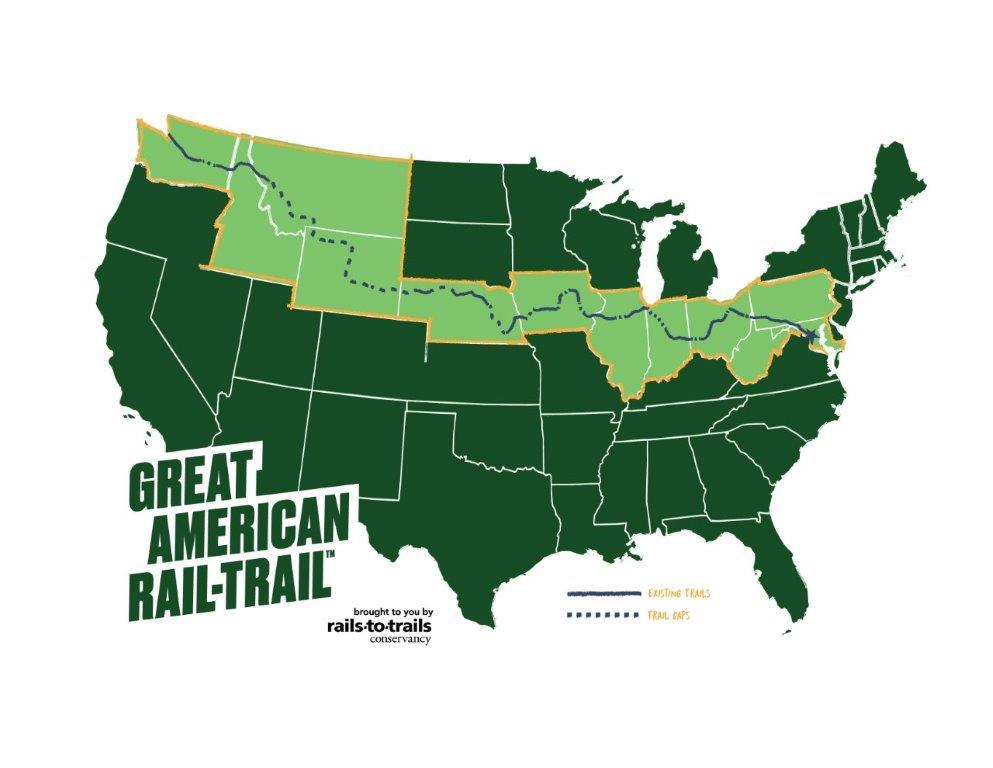 The trail starts on Washington, D.C.’s Capital Crescent Trail and ends up 35 miles outside of Seattle. Along the way riders will pass through Chesapeake and Ohio Canal National Historical Parks, Nebraska’s Cowboy Trail and the Trail of the Coeur d’Alenes through Idaho’s panhandle, among others. In addition to Washington D.C. the 12 states along the route include Maryland, Pennsylvania, West Virginia, Ohio, Indiana, Illinois, Iowa, Nebraska, Wyoming, Montana, Idaho and Washington state.

What makes the Great American unique, besides crossing the entire country, is that rail-trails are multipurpose—or multiuse—public trails created from former railroad corridors. The paths are flat or gently sloping, making them easily accessible and a great way to enjoy the outdoors for explorers of all ages and abilities. Rail-trails are ideal for many types of activities, including walking, bicycling, wheelchair use, inline skating, cross-country skiing and horseback riding. 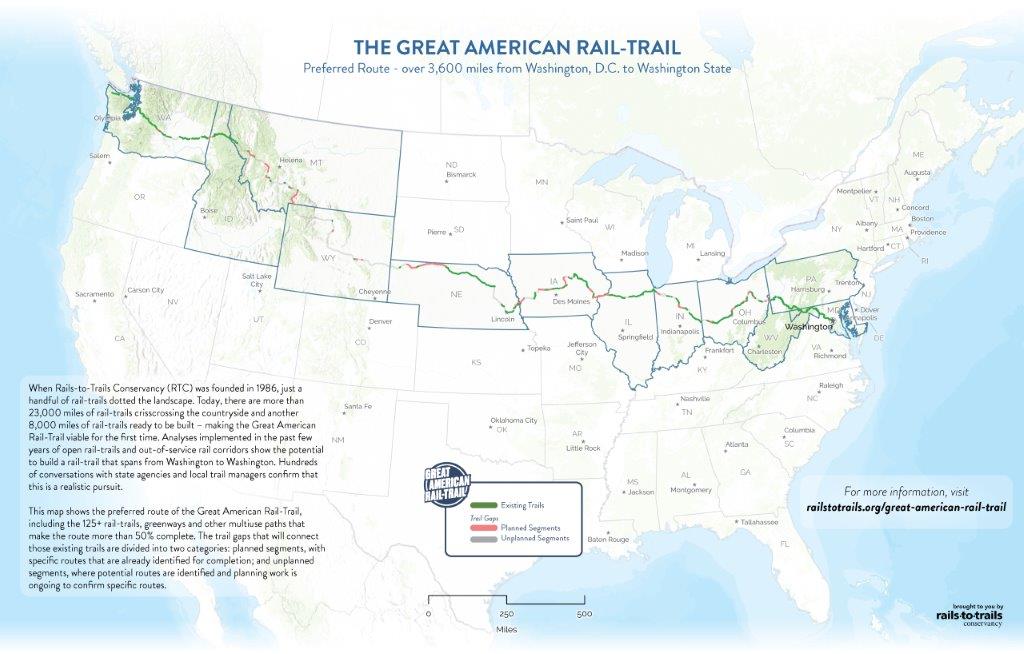 The Rails-to-Trails Conservancy spent the past several years working with state agencies to find the best routes and connect the trails. While it will likely be decades before it is fully completed, each year more sections of the Great American will become active as it will be continuously developed. You can learn more about the initiative and pledge your support at greatamericanrailtrail.org.