Immersive theater experiences for adults have been all the rage in NYC for a while now. Whether you want to wander through an adaptation of Macbeth in a swanky hotel environment in the Meatpacking District, enjoy a decadent dinner in a mystery location upstate, or go down a rabbit hole in Williamsburg, that and much more can happen. Unfortunately, these productions aren’t really appropriate for — or more to the point, appealing to — kids. No more! Accomplice, an adventure theater company with years of experience creating interactive shows for adults, just debuted its offering for kids, and we think it’s gonna blow a lot of little minds. 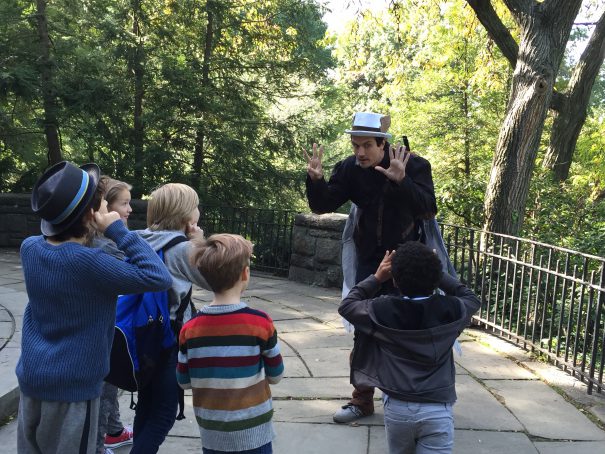 What is Accomplice?
The creation of New Yorker Betsey Salamon, Accomplice describes itself as “an interactive theater group that blends the fun of a scavenger hunt with smart improvisational theater for a one of a kind experience.”

The group’s original production, Accomplice New York, which launched in 2004 and continues to run, leads groups of adults on a two-hour tour/adventure through lower Manhattan. Along the way, audience members meet curious characters (i.e. experienced improv actors), find clues and solve puzzles. The shows are a hit with both native New Yorkers and tourists alike, and most people will tell you that the less you know going into one of these shows, the better. (The company is also launching a new ladies’ night out Cinderella-inspired adventure, The Quest for the Missing Slipper, which leads audience members on a hunt through the Meatpacking District, with stops for cocktails and chocolate along the way.) 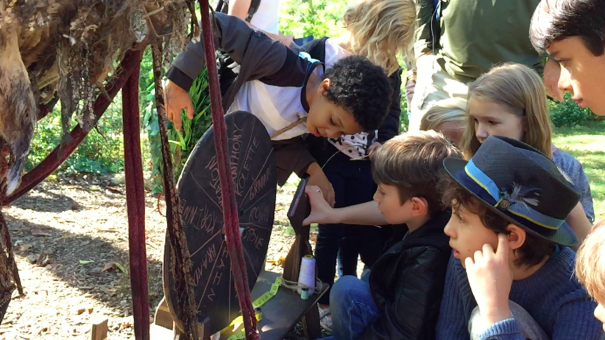 Accomplice: The Kids Version
Sounds like something kids would flip for, right? Starting this month, Accomplice is staging an immersive interactive theater production specifically created for children entitled, The Quest for the Seven Teeth.

The approximately two-hour adventure runs rain or shine in Central Park, and finds kids assisting the Tooth Fairy’s cousin Franklin as he seeks to replace some teeth he unfortunately lost. Participants engage on a fanciful quest that uses crafts, puzzles and games to help Franklin solve his problem — and move the story along.

The show is designed for kids ages six to 11 years old, but can be adjusted as appropriate. Even better, the names and tastes of the kids along for the ride can be incorporated into the “show” for a ultra-personalized (and fun) experience. 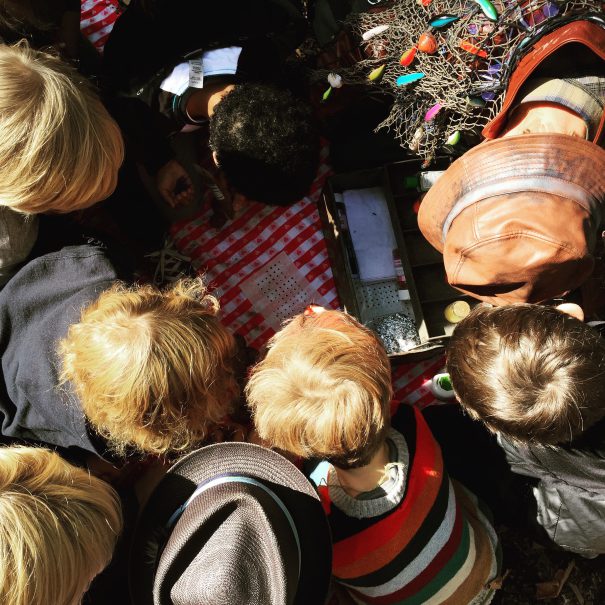 Accomplice: The Cost
Having a Choose-your-Own-Adventure type party — birthday or otherwise — will probably not be the cheapest bash you’ve ever thrown for your child, but we’re guessing it might be one of the more memorable.

The Quest For the Seven Teeth costs $1,000 based on a group booking of 10 children, who can be accompanied by up to five adults.

Have you attended an Accomplice performance? Tell us in the comments below!