No trip to New York City is complete without a visit to Grand Central Terminal in Midtown Manhattan. (It’s frequently erroneously called “Grand Central Station,” but that’s not accurate, as it’s the end of the lines, i.e., where they terminate.) And while most New Yorkers pass through this landmark at some point or another simply due to daily life—it’s a fully-functioning train station for both the NYC subway and Metro North commuter lines—it’s worth making a special trip to explore and enjoy this NYC icon with kids. Be prepared, and read our guide to visiting Grand Central Terminal with kids! 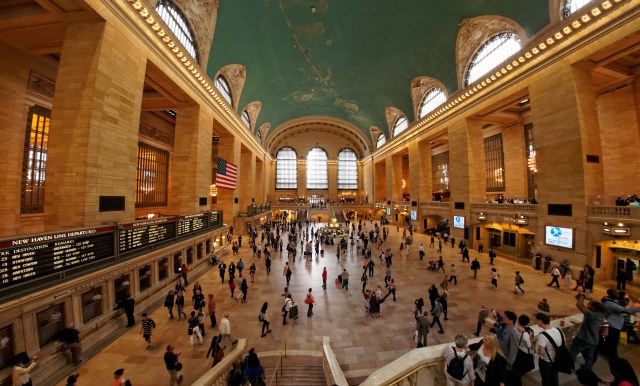 It might be hard to believe, but there was a time when the magnificent Grand Central Terminal was almost torn down! (And, when its condition was not quite its current splendor.)

The existing structure was built in 1913, and by 1954 Grand Central's owner New York Central was proposing it be torn down and replaced by an office building. That didn't come to pass, and in 1967 it was granted landmark status. However, a couple decades of neglect left the terminal in disrepair. Following the demolition of the Beaux Arts structure Penn Station (an act now recognized as a tragic occurrence) in 1978 Jaqueline Kennedy Onassis and architect Philip Johnson formed the Committee to Save Grand Central Station, and a court ruling prevented the building from being demolished thanks to landmark protections. 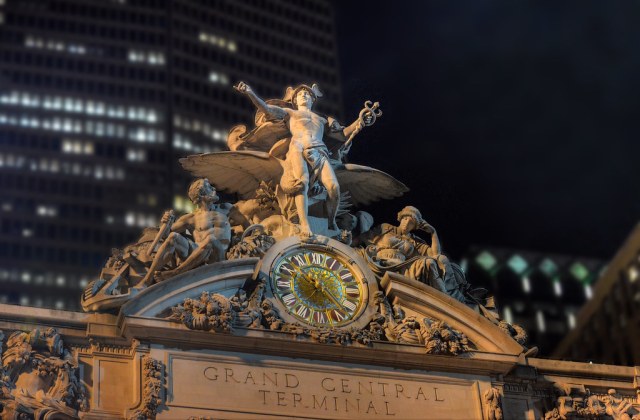 The '80s and early '90s brought millions of dollars in restoration funds, which improved the terminal both structurally and aesthetically. Now, Grand Central Terminal not only serves as an active transportation hub, it is host to special events, shops and restaurants both formal and casual. Here are our favorite things to see and do at Grand Central Terminal with kids. 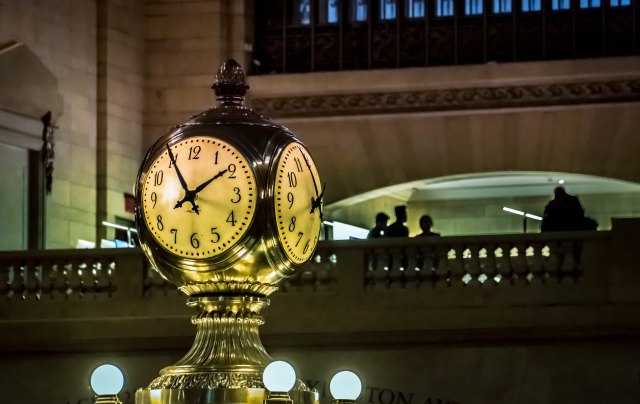 An icon within an icon, this clock sits atop the information booth in the center of the terminals grand concourse. In addition to being a perfect meeting spot, with four opal faces, it's estimated to be worth about $10 million. 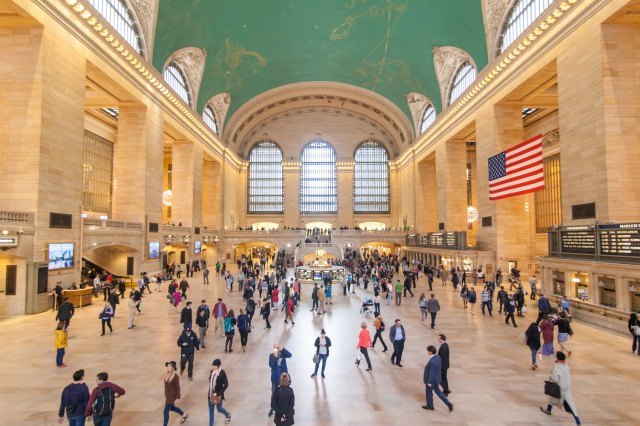 Soaring, vaulted, and gorgeous, Grand Central's ceiling features a depiction of the sky, complete with lit stars and constellations. It famously has one small dark spot in the northwest corner, a single patch left untouched from the ceiling's restoration. What is it? Remnants from decades of people smoking in the concourse. (Gross!)

The image of the sky is also reversed, a point of embarrassment for its creators; a convenient cover was crafted—this was actually the view of the universe from above, or "god's view." 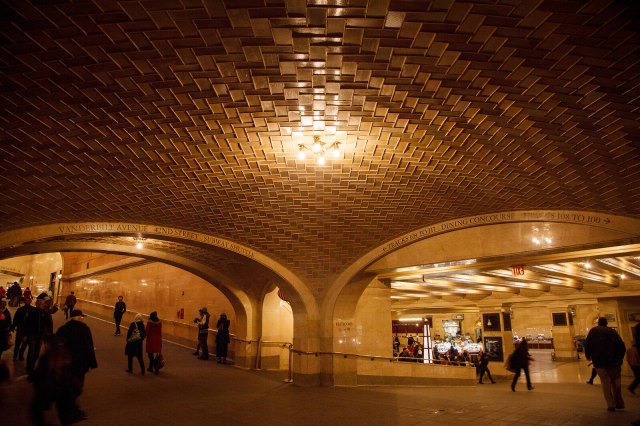 Located on the dining concourse level of Grand Central Terminal just outside the famed Oyster Bar & Restaurant, The Whispering Gallery is an architectural feature that would be right a home in a spy novel or romance story, enabling someone to hear a whisper from all the way across the bustling passageway. (It is famously lined with Guastavino tile.) To experience the phenomenon in action, one person should stand facing one corner of the space, while another stands facing the opposite diagonal corner. When one person speaks in a normal tone, they can be heard by the other with no problem at all. Of course, this makes The Whispering Gallery a popular place for marriage proposals, but you could also employ it to tell someone they’re going to Disneyland or getting that new scooter they’ve been eyeing. 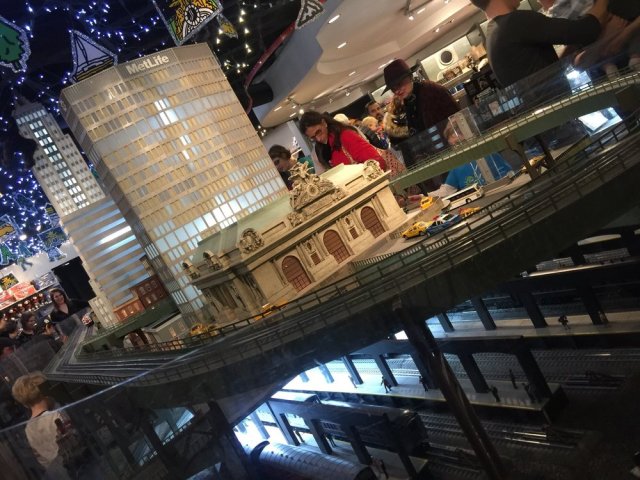 For any train-crazed kid, the New York City Transit Museum in downtown Brooklyn is a must-do, but the museum does, appropriately, operate an annex at Grand Central.  Check out smaller exhibits here, as well as lots of cool train-related toys and goodies. During the holidays, the store becomes the site of the MTA's train show, which should not be missed. PS: it's free!

For another kid-friendly store, check out toy store Kidding Around. 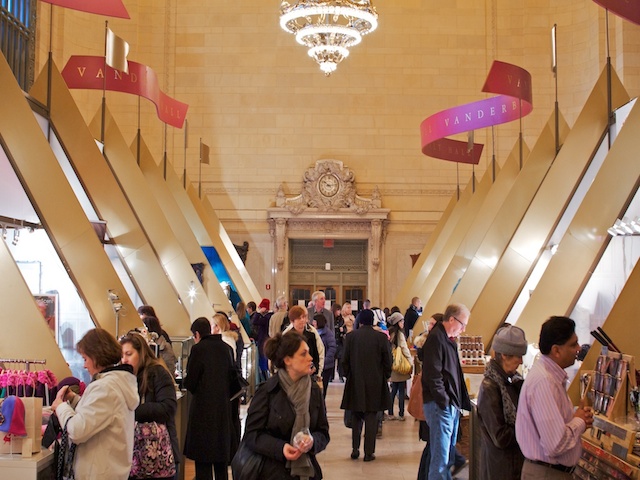 Another holiday tradition, the Grand Central Terminal holiday market showcases lots of gift-worthy goods from area vendors, and has the advantage of bering inside on those cold winter days. 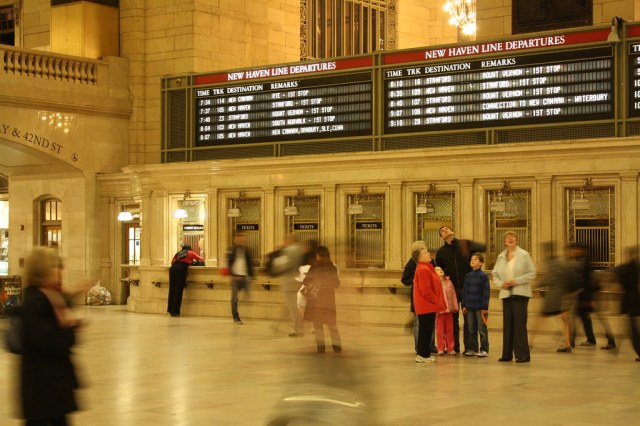 Lots of Ways To Learn More

If you need to know all the ins and outs of Grand Central, there are plenty of ways to learn more. Visitors can sign up for an audio tour produced by Orpheo ($12/adults; $10/kids and seniors), download an app for 4.99, or get a docent-led tour from a real person ($30/adults; $20 kids and seniors). 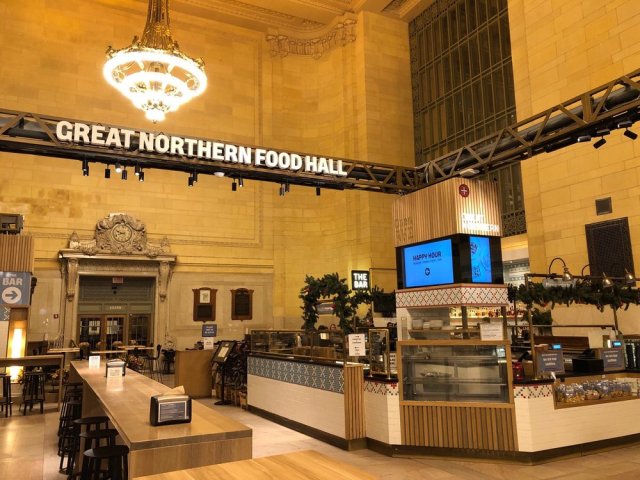 You won't go hungry at Grand Central Terminal, and can dine as high-end or casual as you want.

For quick bites, there's the Great Northern Food Hall from Chef Claus Meyer, which serves Nordic-inspired cuisines with the freshest of ingredients. (Don't miss the tiny greens growing on site!)

Downstairs, a bustling food hall is filled with local vendors such as Shake Shack, Chirping Chicken, Prova Pizzabar, Magnolia Bakery, Doughnut Plant (one of our favorites!), and more. This is also where you'll find the famous Grand Central Oyster Bar.

For yet another great food hall option, check out the nearby Urbanspace Vanderbilt. 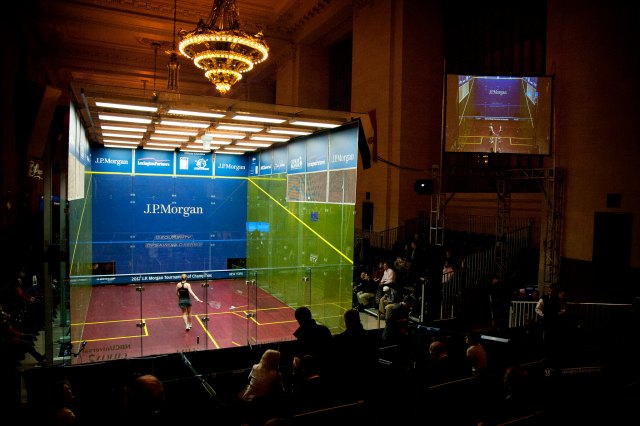 Approximately 250,000 people pass through Grand Central Terminal every day, which makes it a great place for events—such as when J.P. Morgan built a squash court inside for a tournament, seen above.

That's just one of the many events and promotions that take place in the building, including the holiday fair, Trick or Treat at the Terminal, and more. For the latest happenings, check the terminal's Facebook page. 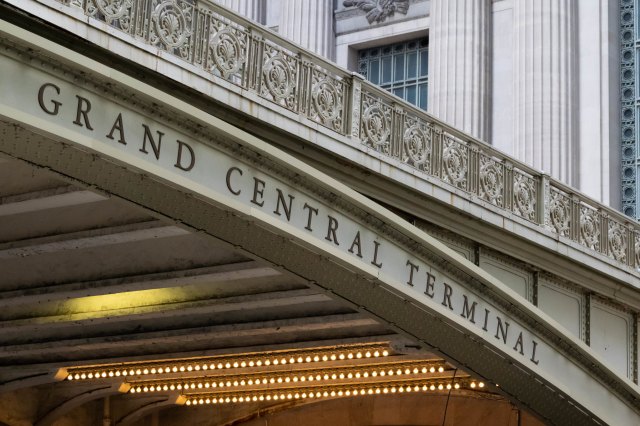 Where to Eat with Kids in Times Square