New Yorkers are somewhat known for at least feeling like we’ve seen it all. Well, you haven’t seen this! One World Observatory, the top three floors of One World Trade Center that provide a 360-degree view of New York City and its surroundings at 1,250 feet, will open to the public this weekend. We got a sneak preview.  Here’s what you can expect when you visit this new urban landmark, and what we think the kids (and yeah, you too) will think is especially cool. 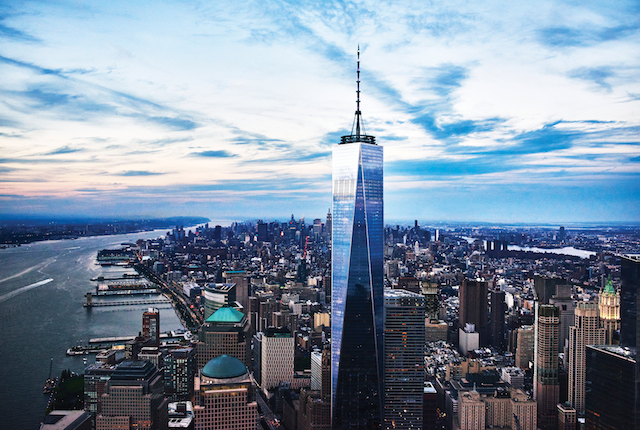 The One World Observatory obviously has big “shoes” to fill, given that it’s the presumably new-and-improved version of the similar experience  enjoyed by many at the World Trade Center observation deck. From the moment you arrive at the at the attraction’s “Global Welcome Center”, things feel high-tech, somewhat space age, with a little bit of “waiting-for-the-really-big-ride-at-Disney” thrown in. A large video board features welcome messages in 10 languages, while a world map highlights the hometowns of visitors in real time, using data relayed from ticket scans. 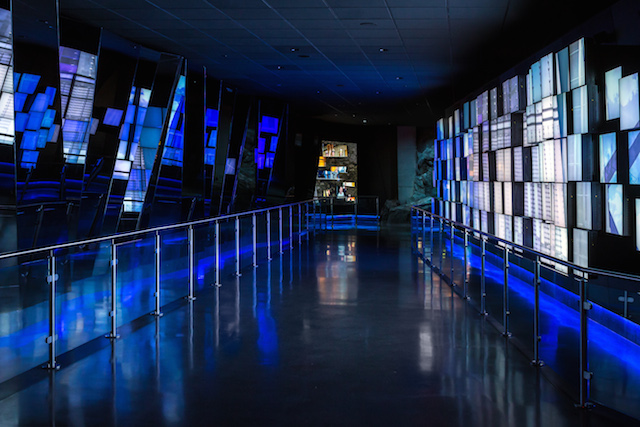 Some long, winding corridors lead to the elevators, and chances are most visitors will spend some time standing in line in these halls. Thankfully, some entertainment is provided in the form of “Voices,” a 14 minute film featuring the personal stories of the men and women who built One World Trade Center. Displayed on a video wall made up of 144 individual monitors, the piece includes thoughts from the engineers and architects, to construction workers and foremen. (One person calls it “the Superbowl of construction,” while another recalls clouds blowing through the high floors before the walls were completed. Visitors also get a reminder of the havoc Hurricane Sandy caused at the site.)

The landscape then changes to resemble the bedrock on which the building is constructed, the famed “Manhattan schist.” Facts about the bedrock are projected onto the (faux) craggy surface, and dramatic lighting adds to the subterranean feel. 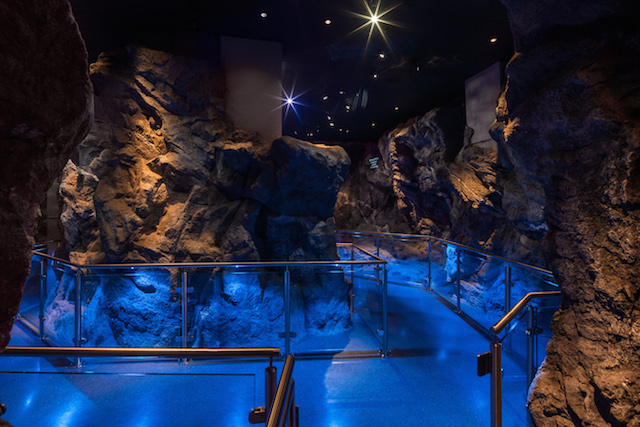 The Ride to the Top

A bank of five elevators do the literal heavy lifting of delivering visitors to the 102nd floor. Dubbed “Sky Pods,” these cabs get there in 47 seconds and are the fastest elevators in the Western hemisphere. Don’t think you (or your kid) can handle shooting up that fast and seeing the ground fall out from under you? Don’t worry: the interiors of the cars are lined with floor-to-ceiling LED screens, which ironically, provide one of the highlights of the experience: as the cars ascend, the walls of the elevators display a virtual time-lapse of the development of the New York City Skyline, starting in the 1500s. The photorealistic animation contains nearly 35,000 different objects (tall ships in the harbor!) and 2,000 historical images, including the appearance and disappearance of the Twin Towers. 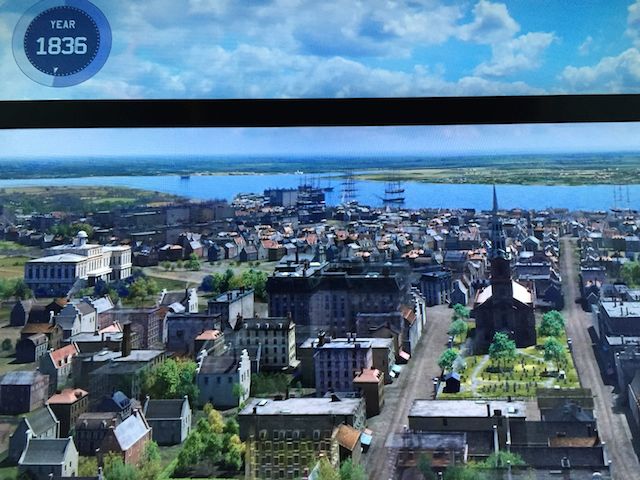 On a Clear Day

Following the fast ride up, visitors enter the “See Forever Theater,” where a razzle-dazzle two-minute video showcasing the sights, sounds, and energy of New York is screened. (Cool fact to impress your child: apparently the film was edited and scored to a tempo based on pedometer data of the “average” New Yorker.) 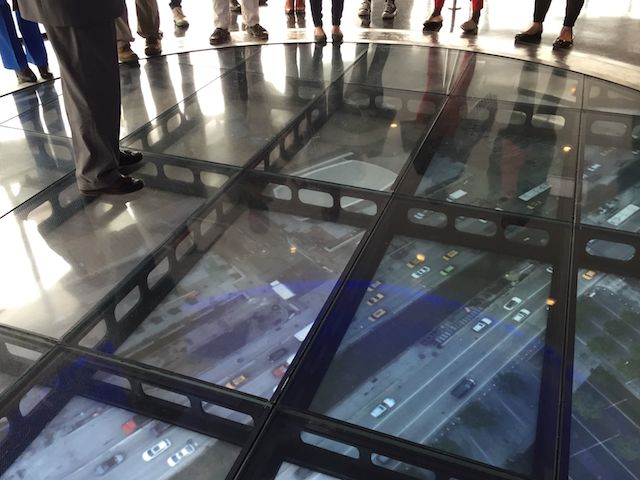 The Main Event (and Supporting Players)

And then, it’s on to the big attraction, the view itself. Is it great? Of course it’s great, and the space seems like it’s big enough to handle large crowds. The observation area is tricked out with a couple additional features for visitors to take in. The first, the “Sky Portal,” is a 14-foot wide circular disc which creates the illusion of looking down through the floor to the streets below; the “view” is real-time high-definition video from cameras on the building’s exterior.

The second, while kind of cool, is probably more for out-of-towners. “City Pulse” is a sort of interactive set of monitors controlled by “skyline concierges” — One World Observatory employees who use City Pulse to help groups learn more about areas of interest. (The idea is that one person may want to know about sports in New York, while other visitors might have interest in the city at the turn of the century.) 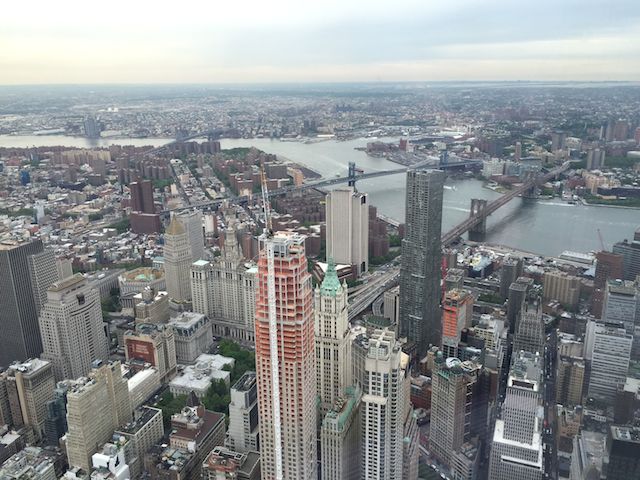 One World Observatory is a tourist destination, so you’ll find green screen photo ops (with the chance to buy your photo as you exit), as well as three dining options of varying formality. The most casual is the One Café, which serves baked goods, sandwiches, soups, salads and more. And of course, there’s a gift shop, for all you One World Observatory tchotchke needs.

Tickets are on sale now at the One World Observatory box office and online at oneworldobservatory.com.

Will you visit One World Observatory? Let us know in the comments!