Got a little LEGO maniac in the house? Good news! The Danish company recently unveiled its newest flagship store, and it’s smack dab in the middle of Manhattan’s Flatiron district. (That’s right — you won’t have to head to tourist magnet Rock Center anymore to get your mega LEGO on.) The shop’s grand opening is this weekend — see what LEGO has planned and take a look inside! 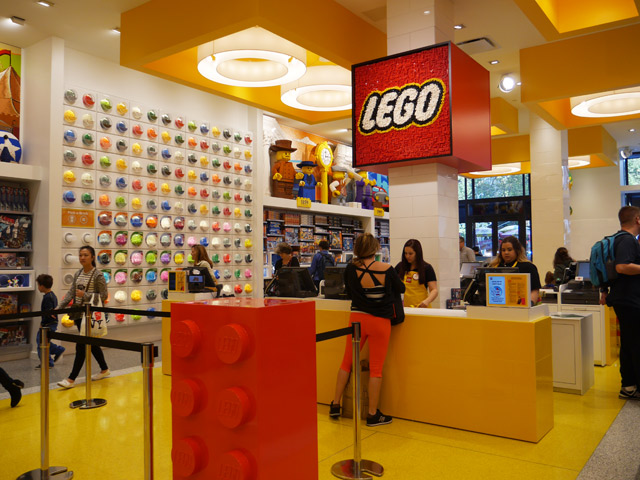 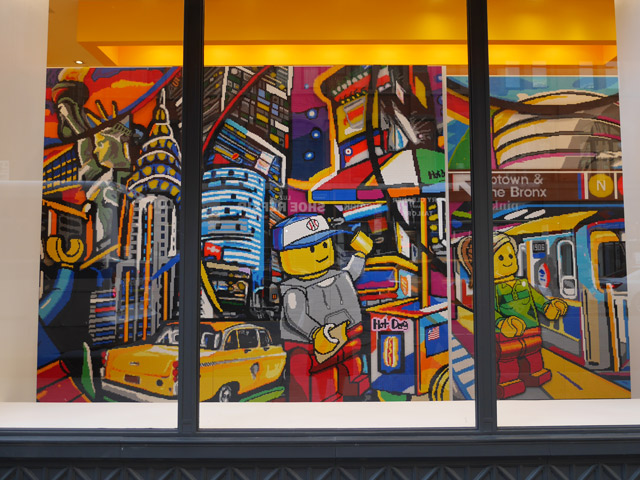 Located at 200 5th Avenue between 23rd and 24th Streets, the LEGO Store Flatiron District is a whopping 3,500 square feet. (The store’s impressive footprint is what earns it the label of “flagship”; LEGO’s other properties dubbed as such can be found in Minnesota’s Mall of America and at Disney’s Florida and California parks.)

The Flatiron store reflects its home in both the macro and micro sense. The front windows along 23rd St. feature multiple New York scenes rendered in oversized LEGO murals. Inside, LEGO sculptures depicting the evolution of the Flatiron District itself — from farmland to circus site to current day business and residential area — preside over the colorful sales floor. (Fast fact to impress your kids/friends: many of the more elaborate LEGO creations were designed and built by LEGO Master Builders — that’s a thing? — in a Czechoslovakian shop and shipped over by boat.) 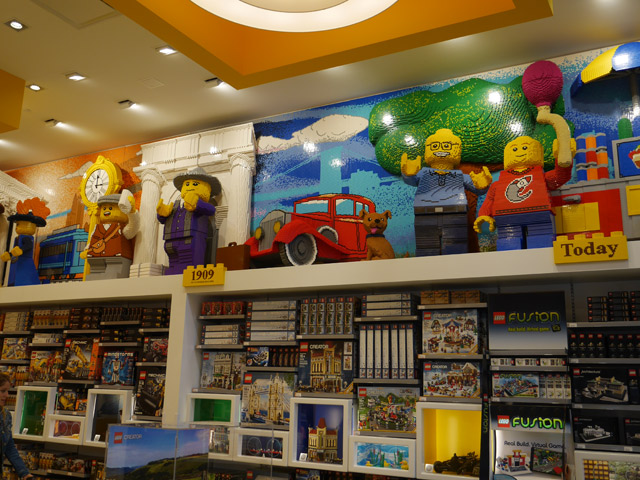 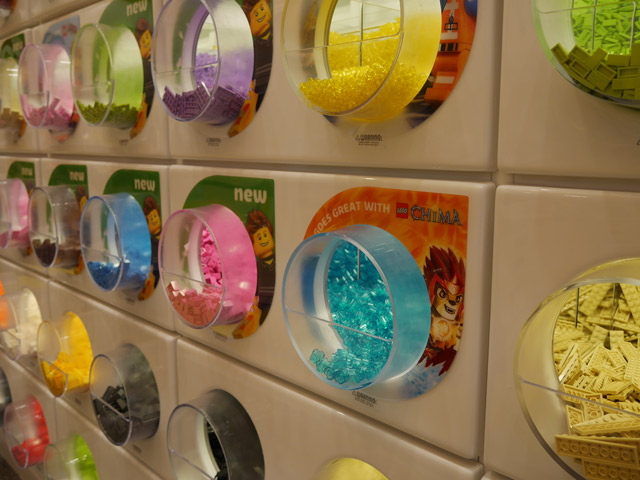 Only in New York

Other unique features of this LEGO Mecca include an eight-foot-tall LEGO model of the Statue of Liberty (she lights up!); a striking LEGO sculpture of the flagship store’s mascot, Brickley the Dragon, which weaves throughout the space, and a miniature replica of the store and surrounding neighborhood for kids to build upon. Is your little builder seeking a LEGO in a transparent lime hue? You’re in luck!: the store is also outfitted with a “Pick-a-Brick” wall, where shoppers can load up on individual LEGOs by the cupful. The majority of the store’s inventory is a dizzying number of LEGO kits, which can be assembled to create everything from superhero and space scenes to castles, architectural monuments, and sushi.

The store will also include the first-ever LEGO Lounge. With the mini LEGO store replica as its centerpiece, the lounge will be outfitted with comfortable seating and charging stations for presumably weary parents, as well as a Library of LEGO books, a LEGO carpet, and even Duplo LEGOS in a preschool building area. 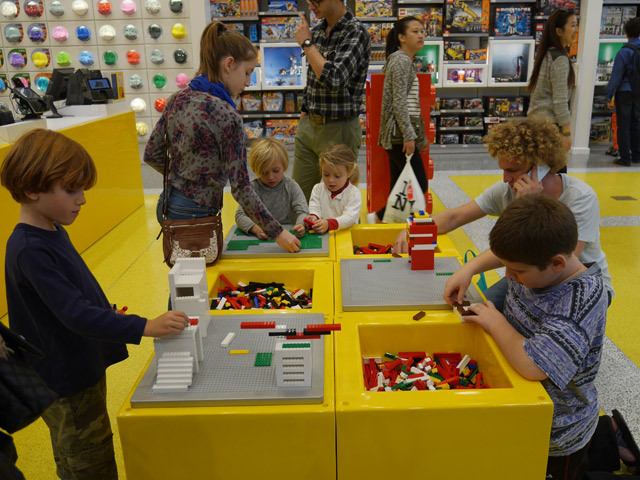 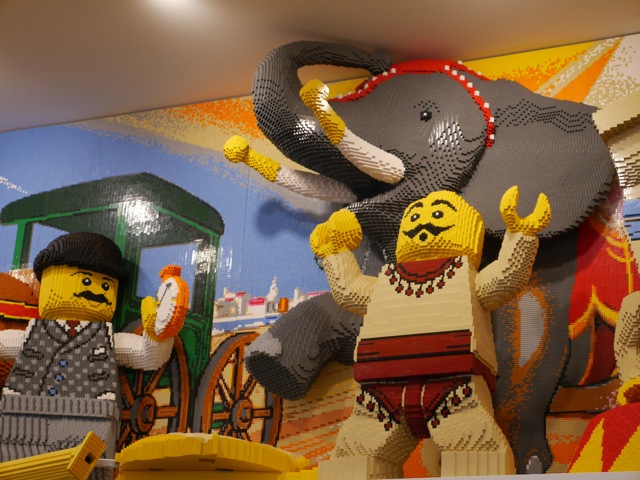 The LEGO Store Flatiron District will host its grand opening on Columbus Day weekend, with festivities kicking off on Friday from 4-6 p.m. As part of the celebration, LEGO Master Builders will be constructing a 20-foot-tall LEGO model of the Statue of Liberty in nearby Madison Square Park throughout the holiday weekend, and everyone is invited to help. (All participants will receive a “Certificate of Achievement” for taking part.) The statue will remain on display in the park after its completion for several days. (In store, LEGO will be rewarding customers who make minimum purchases with a different LEGO premium each day of the grand opening festivities.) 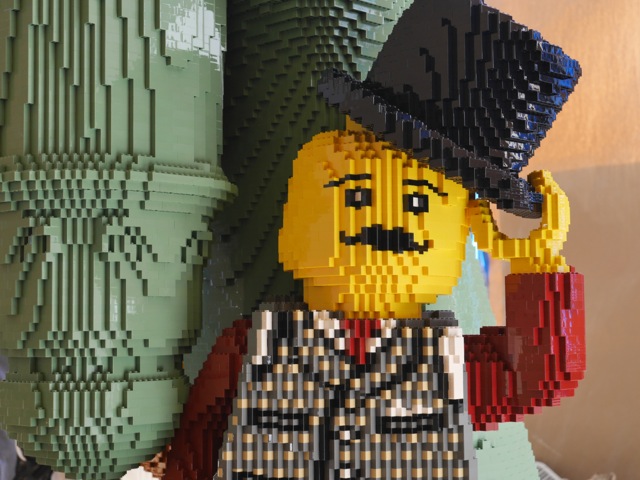 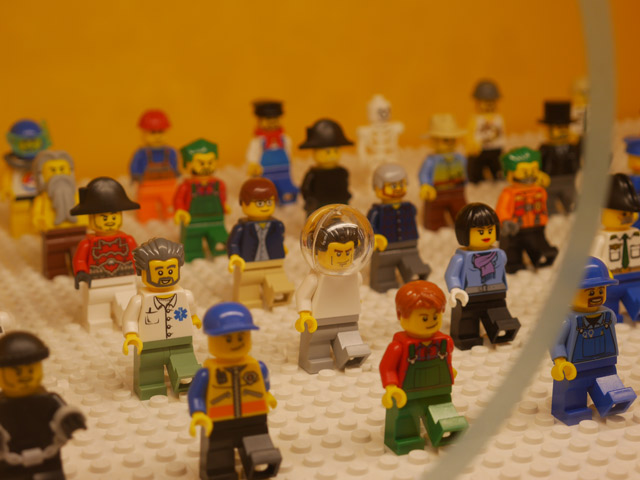 Beyond the opening weekend events, you can expect monthly Mini Model Builds for kids ages six to 14 on the first Tuesday of every month, during which children can make a seasonally-themed model and take it home — for free! The store will also host LEGO Club Meetings.

What’s your favorite LEGO store? Tell us in the comments below!