It’s tough to plan for summer 2020 right now, but still…the kids have to do something! Some summer day camps will be open, with social distancing practices and other safety measures in place. But many summer camps are being extra cautious and moving forward with online camps for kids. The good news is that virtual summer camps are being offered for all kinds of activities: art, theater, coding, gaming, sewing. We’ve rounded up some of the best online summer camps for NYC kids, to keep them entertained and engaged when they’re safely biking, scooting or swimming this season. 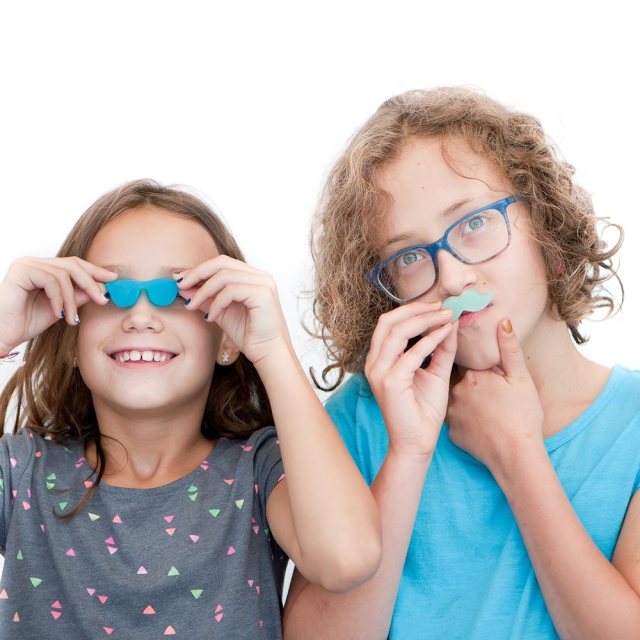 This popular camp for girls in grades K through 6 is rolling out online versions of its popular STEAM-themed sessions.  Dubbed “*ca/mp*” (because they know it’s not the same as camp IRL) summer camp for 2020 is a combination of virtual programming, DIY videos  and project-packed kits delivered to your door.  Virtual CA/MPs run for a full week and include all supplies, step-by-step project how-to’s via live instruction, reference videos and downloadable PDFs, and daily live engagement.

Themes include Spy Science, Toy Design, Mini World and Magic & Mystery and camp is $350 a week with a 50 percent sibling discount. Camp runs from June 15 to August 17. You can see all themes here. 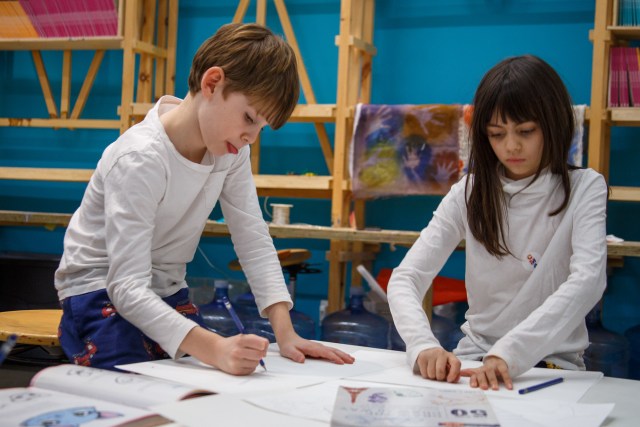 For Artists of All Disciplines: Children's Museum of the Arts Summer Art Colony Camps

The Children's Museum of the Arts is offering virtual camps with professional artists in a wide variety of disciplines for kids ages seven to 11. Week-long camps dedicated to subjects such as claymation, set design, graphic novel creation, illustration and home movies are open for registration now. Camps are Monday through Friday, from 9 a.m. to 12:30 p.m. and cost $250. Act now—some are already sold out! 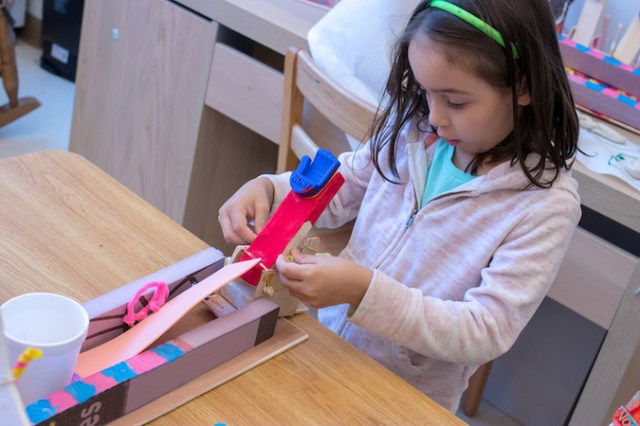 The camp that works to create “future changemakers” and instill key traits such as empathy, resilience, and inquisitiveness is offering half- and full-day online camp this summer. Weekly themes include “Inventing for Good”, “Game Building” and “Create to Donate” and feature a robotics or engineering project, an enrichment activity like yoga or dance, and live-stream Scratch coding. 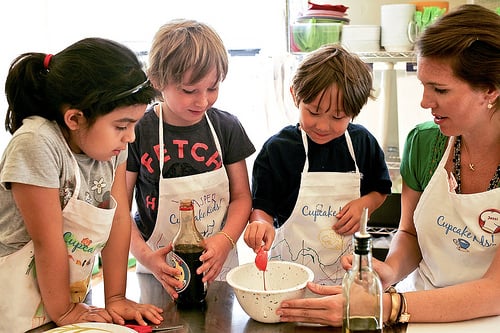 Get cooking this summer with Taste Buds Kitchen’s virtual camps. With camps for kids ages six to 15, these live camps bring kids together to cook all vegetarian foods five days a week, for two hours, daily.  Pick from themes such as “Cooking Science”, “Baking 101”, “Cupcakes and Cookies” and “Future Celebrity Chef.”

Camps are running from June 8 to September 14 and are $279 a week. Registration includes a chef’s kit mailed to your door, recipes and ingredients list provided for each project or dish. 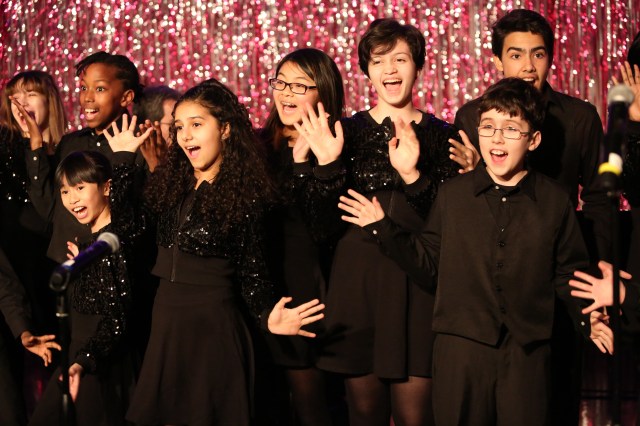 TADA Theater has an online summer camp for every age and stage. For little ones four to five years old, there’s Musical Theater Minis, which accents imaginative play and an intro to basic. musical theater skills. ($150 a week, for one hour a day.) Older kids (6 to 8 and 8 to 12) can help create an original musical (based on an existing theme such as “Caution: Jazz Hands!”), developed singing, acting and dancing skills and get individualized coaching from New York City Teaching Artists. (One week, from 9:30 a.m. to 2:30 p.m., for $795.) All classes culminate with a collective performance of the original piece! 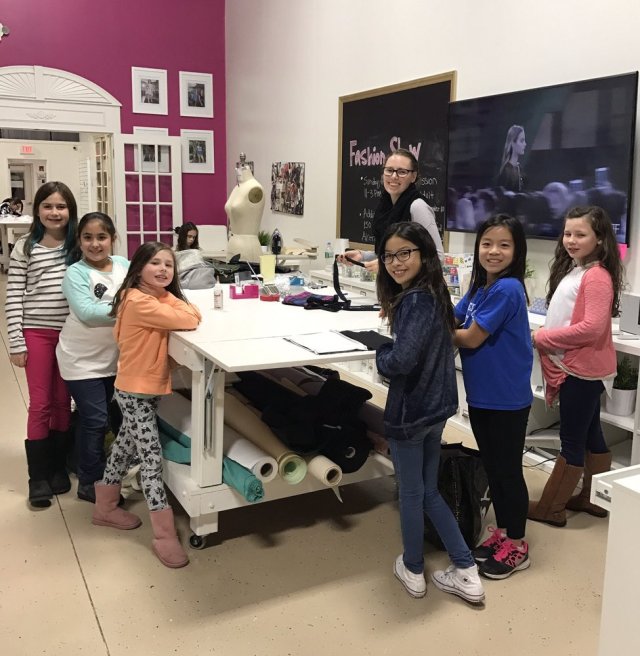 For the Budding Designer: Karen's School of Fashion

Karen's School of Fashion is holding weekly online camps for kids ages eight to 12 from June 22 to August 14. Each week has a new theme ("Project Runway Inspired", "About Time: Fashion Duration") that enables students to transform an idea into tangible form. (Yes, you need to have, and be familiar with, a sewing machine.) Kids will learn about a featured designer, imagine and sketch a clothing collection, learn to make patterns and finally sew a garment or two. Camp ends with a fashion show on Friday to showcase the creations. Call or e-mail before registering to confirm there is space. 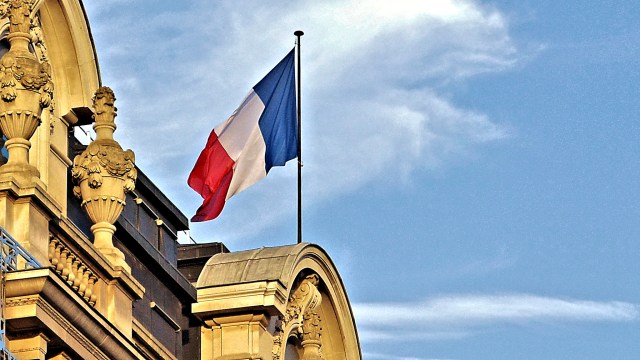 The French Institute Alliance Francais has summer camp options for little ones and bigger kids, as well as beginners or more experienced French speakers. All camps incorporate learning the French language from native speakers, as well as an exploration of French-speaking cultures through various enrichment activities, be they a craft project or ballet lesson for toddlers,  or a "visit" to Paris or the French Quarter in New Orleans for older kids. 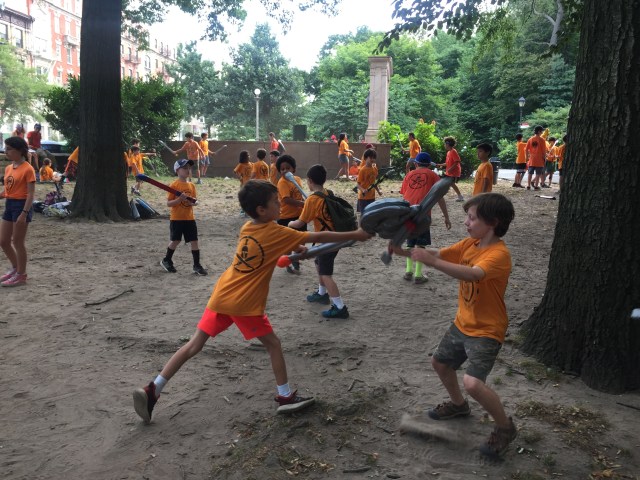 For Mythical Warriors: Camp Half Blood

That cry of despair is the sound of young demi-gods lamenting a lack of Camp Half-Blood in June. (July and August are TBD.) But! The people at Plato Learning, the ones behind the outdoor, Percy Jackson book series-inspired questing camp, have created online camps to keep kids entertained and engaged. Kids can choose from several “tracks” such as online questing, “Mythomagic” role-playing, or “Forge & Combat”, during which campers will create their own (safe) weapons and armor and get schooled in kid-friendly combat skills to use when camp is back in session. Mythology from many cultures is explored, including Greek, Norse, Roman, Japanese and Egyptian.

Sessions run from June 15 to August 21, and are scheduled so kids can do more than one if they like. Camps are three hours a day, and a three-day schedule is also available. Rates start at $100 a week. 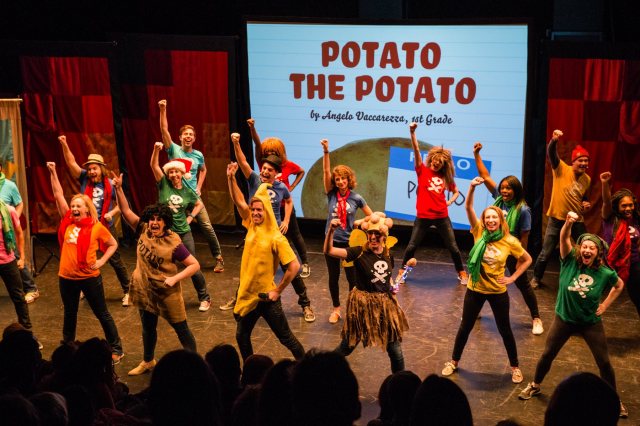 The Story Pirates are hosting three weeks of online camp, during which kids will put their imaginations to work to create incredible stories with the help of Story Pirates’ expert teaching artists. Each week has a new theme, "Heroic Heroes", "Camp Quest" and "Spy Training", with camp taking place on Mondays, Wednesdays, and Fridays for three hours each day. (Families can choose from two different time slots.) Each virtual session includes special camp-themed Story Pirates University classes as well as small, interactive group activities with other campers. The screen time is broken up by regular intervals for kids to work independently on their own creative projects. Plus, campers will be treated to numerous surprises throughout the week. The only supplies needed are common household items like paper, something to draw with, and tape. Camp is best for kids ages five to 11 and runs the weeks of June 15, June 22 and June 29.  Cost is $145 a week. 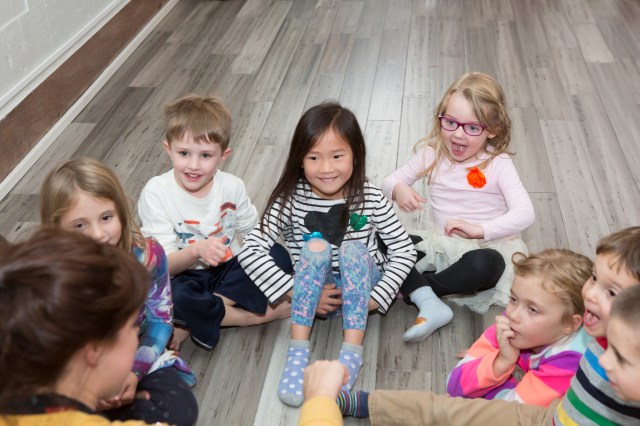 Child's Play NY has adapted its in-person theater camps for online, offering virtual camps for little kids—ages three to eight—and bigger ones, ages seven to 11. (Kids are further grouped according to age.) Camps are taught by professionally-trained actors, and are offered with flexible schedules.

Younger campers spend the week exploring beloved musicals through improvisation, dance and music; themes include "Frozen Adventure", "Under the Sea", and "Magical Creatures". Kids flex their imaginative muscles and learn the basics of vocal warm-ups, character development, singing and choreography.

For the older set, kids work from scripts, develop characters, and collaborate with actors and directors to create a production. Themes include Shakespeare, Musical Theater and "Hogwarts School" and improvisation and theater games help spark creativity as campers rehearse for a performance. Helpful for increasing confidence, craft, and the ability to work as part of an ensemble.

Camps run from July 6 to September 4 and are $200/week or $50 a day, and all campers receive a video of final work and games. 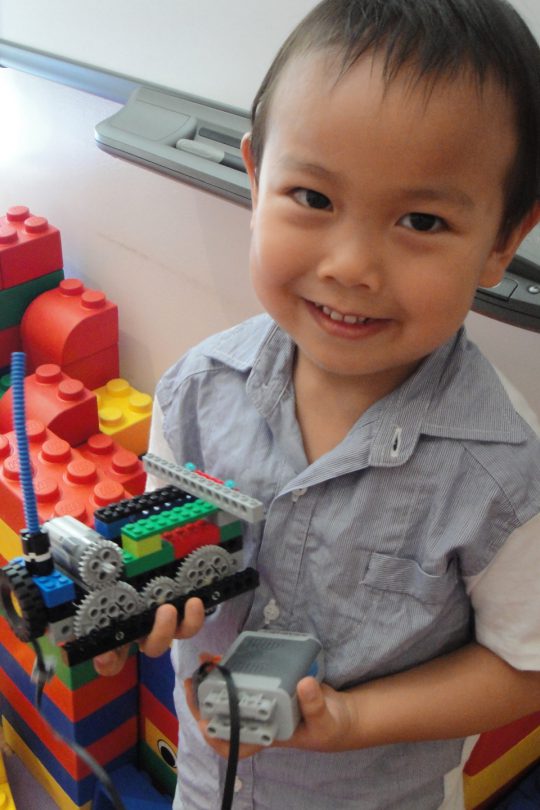 For Coders of All Levels: Robofun

Robofun offers various coding camps for early learners and those looking to level up, with options for kids in Pre-K to sixth. Summer themes include deep space exploration, art, and architecture, with campers exploring the subjects through Junior Robotics,  LEGO Mindstorm, Minecraft and Circuitry,  Coding and Game Design and animation.. Camps are limited to five kids to keep things focused and provide individual attention.

Camps are three hours a day, five days a week, and cost $225. You can also choose to add on 30 minutes of physical activity with National Kids Gyms.

Help Center: All of Our COVID-19 Resources for NYC Parents