If trampoline shoes and hovering frisbees sound strangely familiar, your summers were spent in the glory days of the of the 80’s and 90’s. Take a trip back to when you weren’t allowed to come in until the sun went down and the only gaming you knew about was what you played on the sidewalk. Scroll down to revisit your childhood and the toys that came along for the ride.

Pogo Ball: It looked like planet Saturn done up in awesome colors. From contests on who could bounce the longest to practicing jumps in the air, the Pogo Ball bounced it’s way up and down your sidewalk every summer. Oh, and the wind-blown Corey Haim hair was a must. 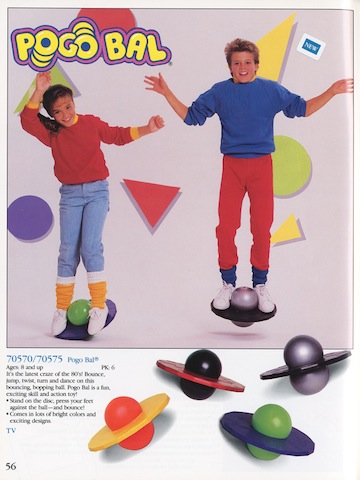 Spotted on Museum of Play

Moon Shoes: Someone, somewhere must thought it would be a good idea to strap mini trampolines on the feet of unsteady little people. Did you have a pair? If so, how far did you actually manage to go? There’s a reason Michael Jackson had the monopoly on moonwalking. 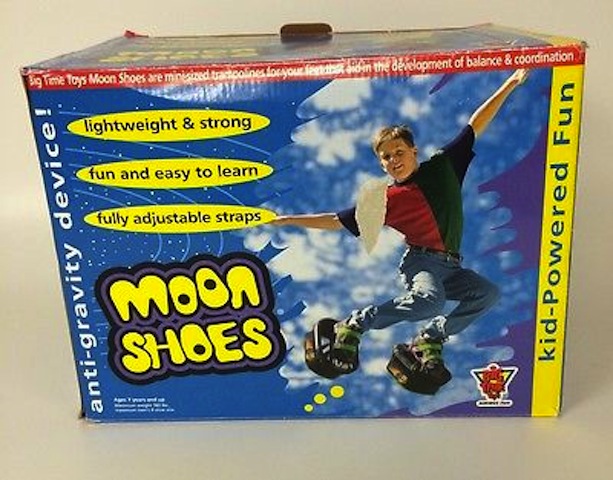 Sit’ n Spin: It was a constant challenge to see who could spin themselves the dizziest. It also made an excellent Graviton-style carnival ride for Barbie and G.I. Joe. 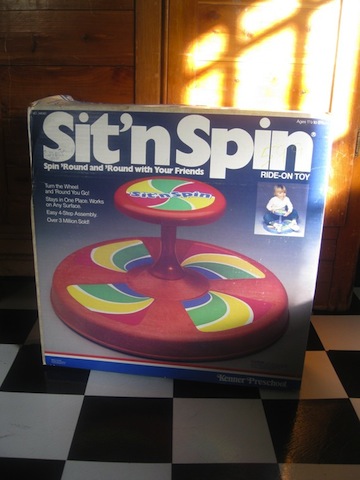 Clackers: The click clack sounds coming from these orbs on a rope are almost as familiar as the tunes you hear in VHI’s count-down classic, 100 Greatest One-Hit Wonders of the 80’s. 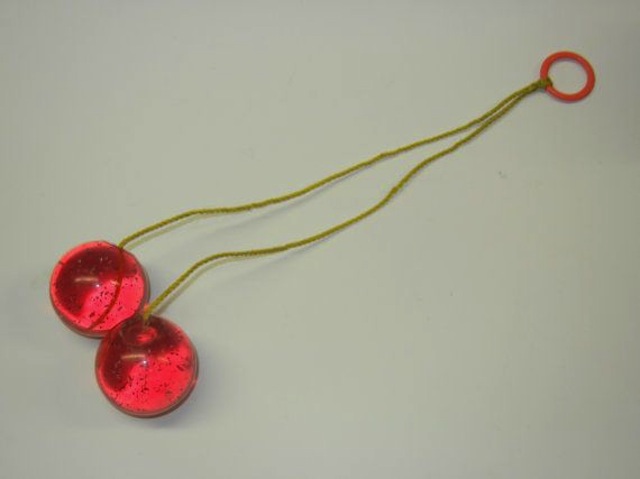 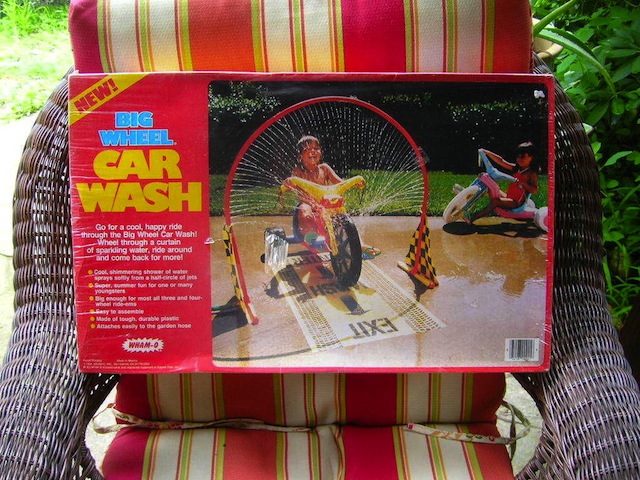 Pogs: Either you or someone at your house had about a thousand of these. Playing for fun or for “keeps,” it was all about The Slammer. 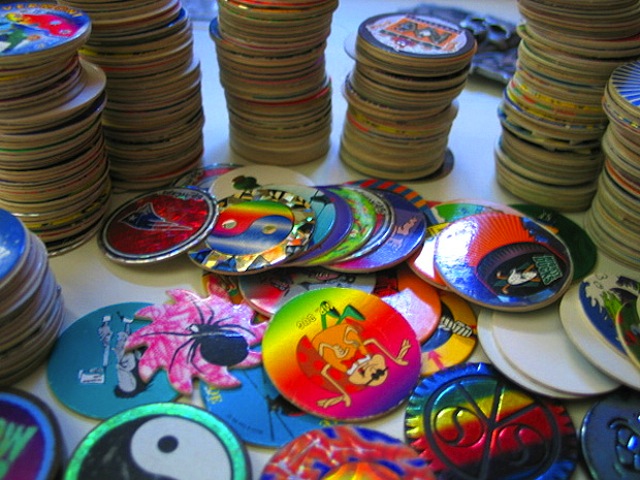 Spotted on Things of My Interest

Koosh Vortex Howler: Claiming to let kids throw a football as far as John Elway, we’re still excited about the whistling noise that let us know our head was about to be used as a target. 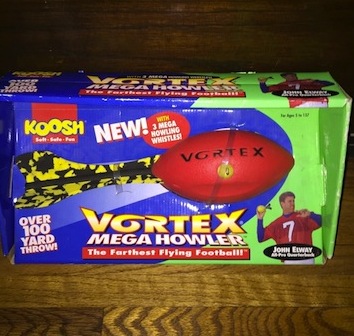 Super Soaker 50: A chance to drench your next-door frenemy through the fence with a pressurized squirt gun? Priceless. Summer water warfare was never the same after the Super Soaker appeared on the scene. The neon colors were an added bonus. 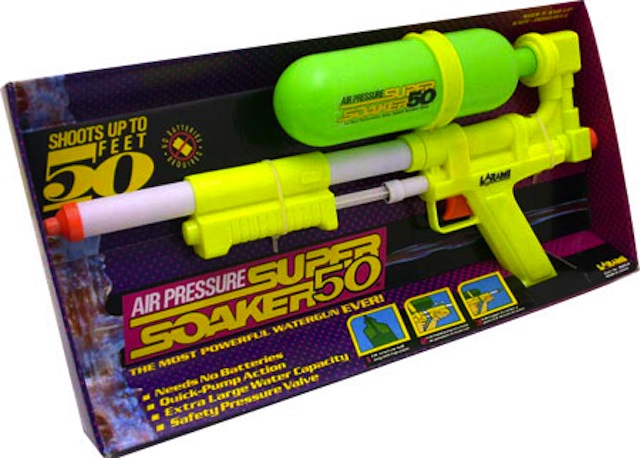 Diabolo: When you threatened to run away and join the circus, your mom didn’t flinch. Nope, she got you one of these babies to help perfect your moves, instead. 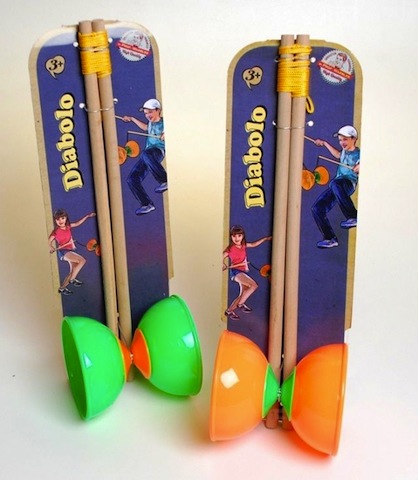 Roller Racer: The newer versions aren’t even half as cool as the original. There’s just something about propelling a tractor seat attached to handlebars with just your arms. 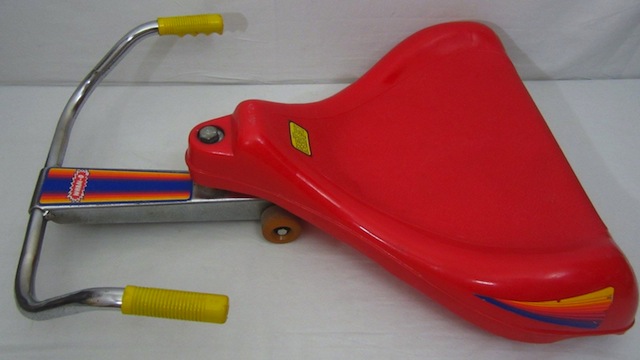 Air Spinner: A toy that hovers and flies? So awesome. The spinner took frisbees to the next level… until it got stuck on the highest branch of the tallest tree or flew away with the first gust of wind. 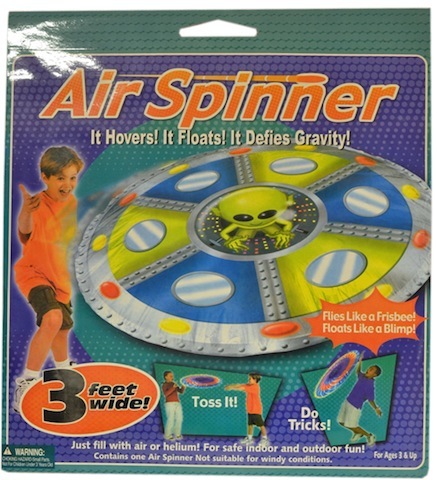 Spotted on The Odyssey

Inchworm: He probably showed up during the holidays and spent many a summer inching along the sidewalk in front of your pad. If you didn’t have an Inchworm, no doubt you coveted your best pal’s. 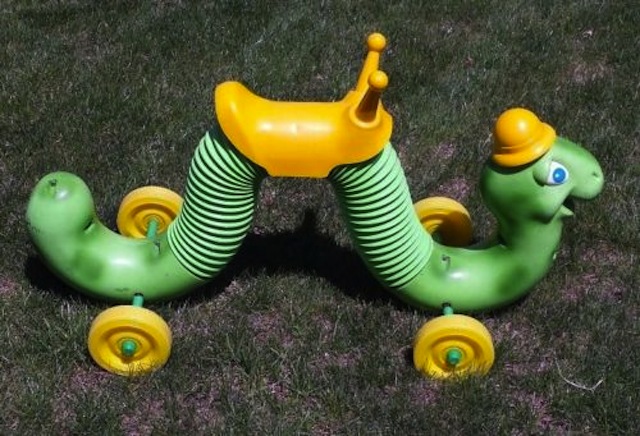 Skip It: Getting your full dose of daily moves wasn’t an issue with one of these laying around. The question was, how many times could you get that ball around your foot? 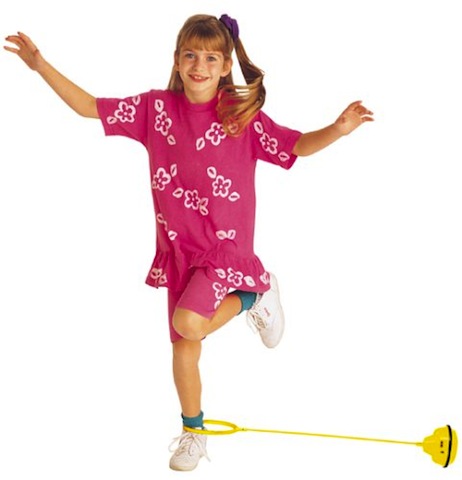 Spotted on Children of the Nineties

1-2-3 Roller Skates: After strapping these babies on, you were off… a rolling pro in hours! The best part was the look on your mom’s face when you skated right into the screen door on overdrive, trying to show off your progress. 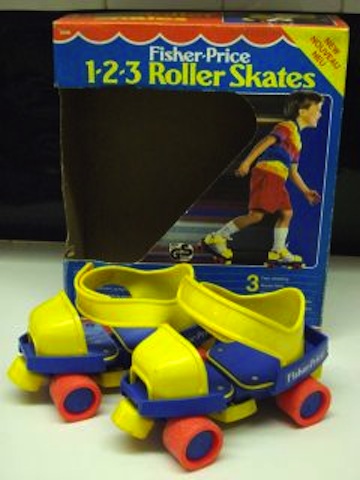 Spotted on Any Old Toy

Want more? Check out these Nostalgic Toys from the 70’s and 80’s.

What was your favorite sidewalk toy when you were a kid? Tell us all about it in a Comment!