We’ve Found the Perfect Birthday Gift for Your Preschooler

The Most Awesome Star Wars Swag on Amazon Right Now

BABY born Has a Holiday Surprise Your Little One Will Love

These Are the Best Cyber Monday Deals Coming to Amazon

Have a preschooler? Then you know all about PAW Patrol and how much your kid is, dare we say, obsessed! What’s not to love? The PAW Patrol is heroic, has each other’s backs and knows how to have a good time! We approve. Of course, kids want to keep the adventure going with their favorite pups through imaginative play long after the episode is over. Just in time for crossing off holiday wish lists, PAW Patrol has new toys that will send them on epic rescue missions with cool new gear like a spinning helicopter, motorized ride and a dual race super-speed track! 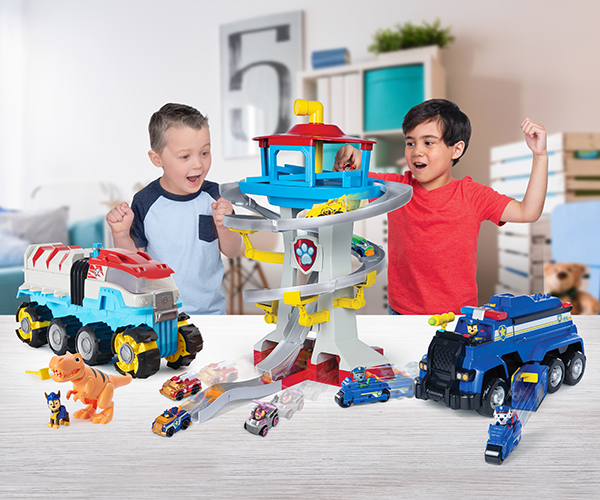 Read on to learn why these three imaginative, inventive and innovative toys will be on every kid’s wish list! 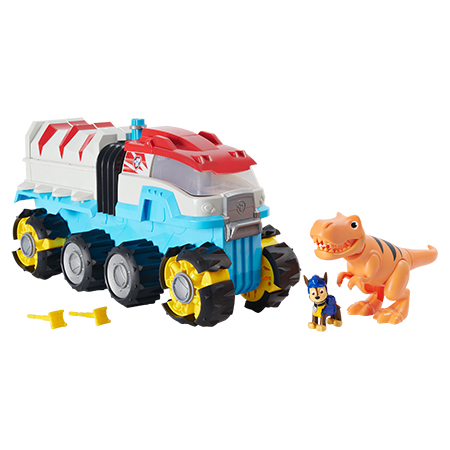 Well, this is cool: the Dino Patroller is the first-ever motorized PAW vehicle! With the touch of a button, this powerhouse patroller is on the move with oversized wheels to conquer any terrain. Before you head out, load the projectiles into the launcher and get ready for adventure. Push T. Rex's tail to make its mouth open to help the PAW Patrol spot a dino in trouble, then launch the rescue nets and save the day!

This all new, motorized all-terrain vehicle features room for the whole pup squad (All six! But you knew that...) and includes an exclusive and collectible Chase figure in his Dino Rescue uniform and a T. Rex dinosaur, with moving mouth and tail—now you can create your own prehistoric missions! 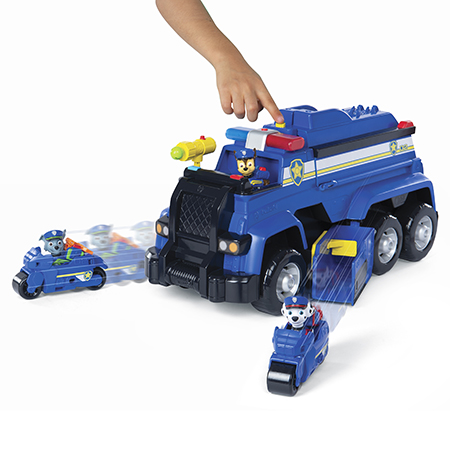 An XL, extra-special 5-in-1 cruiser is made for our hero Chase, but roomy enough that the crew can join to do the “Pup, Pup, Boogie!” The whole squad will be ready for action and equipped to handle any emergency, whether it’s on dry land, in the air or at sea.

What’s the 5-in-1 all about? More than just a hot ride for cool pups, you can launch the helicopter that’s tucked away inside with the push of a button, spin the propellers by hand and you’re off! This ultimate cruiser features dual motorcycles that pop off with a button—now you’re ready for that high-speed chase! They thought of everything for this majorly awesome ride, including flashing lights and sound effects that bring the excitement of a PAW Patrol mission to life! 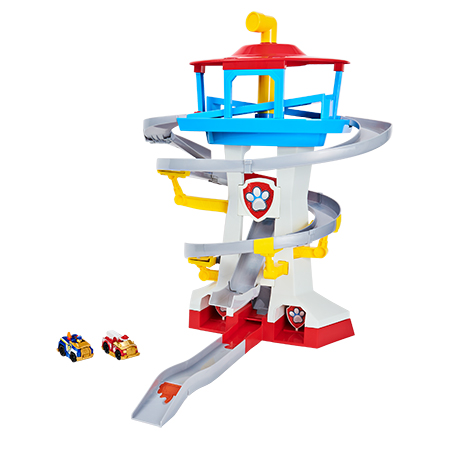 PAW Patrol is really on a roll with this action-packed lookout tower! It features two different tracks to send vehicles racing around the tower in a corkscrew, or flip the diverter to send them down the drop ramp—boom! Craving even more action? Use the dual garage launchers in corkscrew mode to send two more vehicles flying—launch up to six true metal vehicles at the same time! Push the periscope and watch the pups race to the rescue while you cheer them on!

Bonus points: This high-speed track is equipped with exclusive True Metal die-cast Chase and Marshall vehicles—perfect for kiddos who love PAW Patrol and fast cars! Speed to the rescue and put out the fire with your favorite pups!

All three new toys are available in stores and online at Amazon, Target and Walmart.