Teaching the Butterfly Perspective to Your Kids

Fun Things to Do with Toddlers on Your Next Neighborhood Stroll

How Do I Stop My Kid’s Dessert Obsession?

Parents, like doctors, set out to do no harm. But unlike doctors, who have years and years of training, we parents must learn on the fly. We say things that are intended to guide our kids, build them up and chip away at behaviors that won’t serve them well in life, but how do we know if we’re having an impact? At the very least, how do we know we’re not having a negative impact? Below, we break down some of the more common phrases said by parents—what works, what doesn’t and how to avoid causing unintended harm.

Parents of toddlers know that it takes next to nothing to send little ones into the depths of despair. But unintentionally invalidating their feelings IS a big deal—to them. If your goal is to develop a relationship with your child where they’ll openly talk to you—and trust us, you’ll want that when they’re teenagers—avoid this statement like the plague.

Try This Instead: “I’m sorry you’re upset. Can you tell me how you’re feeling?” and then, perhaps approach how to manage their feelings instead of how to manage the situation. For instance, if the family dog drools on your son’s favorite superhero cape, sending him into a tear-filled rage, try to talk about the anger and how to handle it, rather than focusing on the drool.

It’s easy to give our children regular verbal pats on the back when they conquer daily challenges. Putting on shoes, picking up puzzle pieces when they’re finished playing with them or even making a silly face that they want recognition for. But if your praise labels them instead of their actions, you risk creating praise junkies who don’t want to risk looking bad.

Try This Instead: Researcher Carol Dweck found that kids develop either “fixed” or “growth” mindsets. Kids with fixed mindsets believe their potential is capped and avoid challenges that test their abilities. Kids with growth mindsets thrive on challenges. To foster a growth mindset, you should celebrate the process rather than the person. Say “You found a great way to do this!” or “I can see you’ve been practicing.” 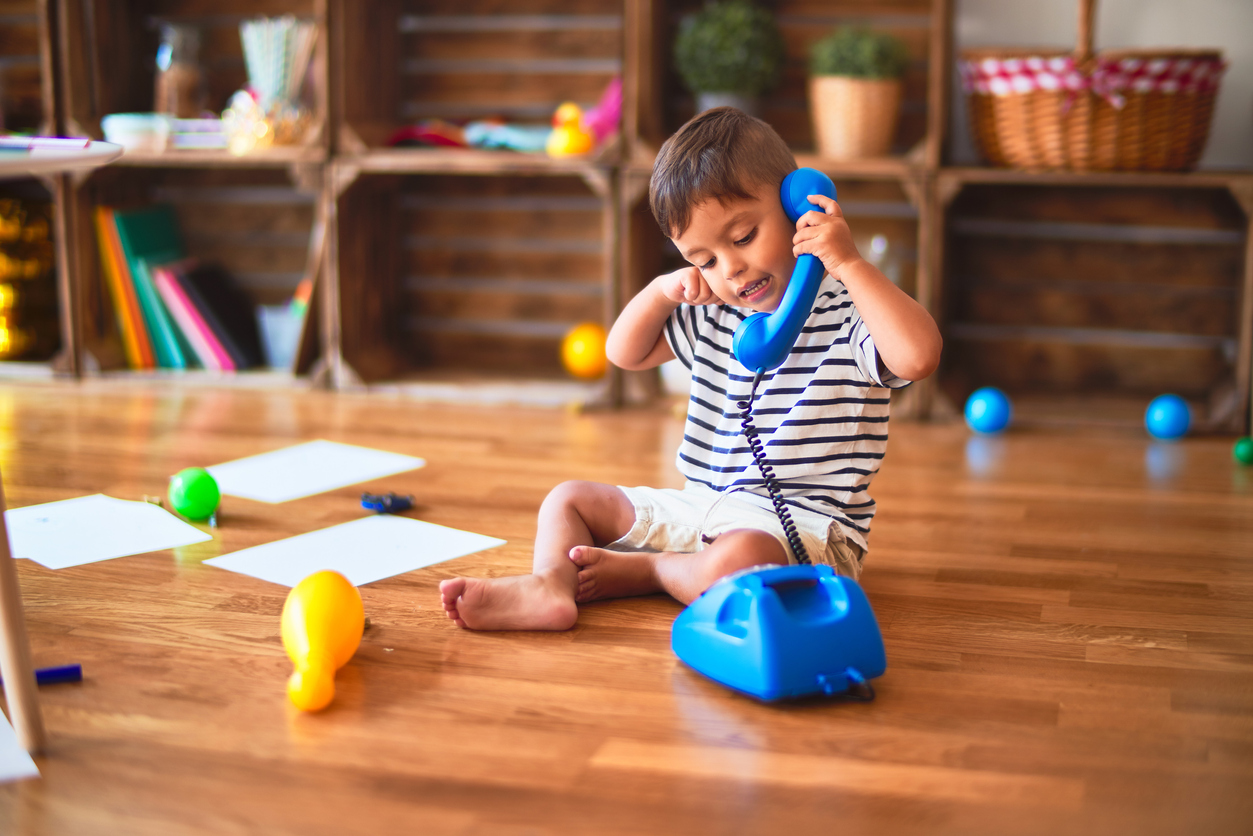 “How many times do I have to tell you?”

This one is usually accompanied by an exasperated sigh. It’s frustrating. We get it. Sometimes you think their brains are made of Teflon because nothing you say seems to stick. But remember, their brains don’t work the same as ours. They prioritize information differently, and often, our input doesn’t make the cut. However, the way you make them feel plays a big role in developing self-esteem and confidence. Saying “How many times do I have to tell you?” can be interpreted as “Something’s wrong with you that you can’t remember.”

Try This Instead: “Do you remember when I said… ? I need you to do that, now.” You’ll avoid implying that there’s something inherently wrong or bad about your child and instead remind them that your expectation should be a priority for them.

When you say this, you really mean something else. You might want your child to stop whining, fighting or procrastinating. By saying “Be a big boy/girl,” you’re basically calling your child a baby, which, as we all know, packs quite a punch in toddler world.

Try This Instead: If you are looking for a specific behavior, ask for it. Brandi Davis, professional parenting coach, educator, and author of O.K. I’m A Parent Now What? suggests that clarity, not name-calling, will get you the behavior you’re looking for. Better options might look like: “I want to hear what you say, but I need you to stop whining. I cannot understand you,” or perhaps “I know that waiting is hard, but it is not safe to climb on the chair. Let’s read a book while we wait.”

We love them, so it’s understandable to want to make them feel better ASAP when they’re unhappy. But by telling them to stop feeling something instead of teaching them how to face the emotions that they’re overwhelmed by, we’re not equipping them to manage feelings in the future.

Try This Instead: Psychologist Susan David, author of Emotional Agility, suggests that helping a child feel happy again may offer immediate relief for parent and child, but it doesn’t help a child in the long run. Instead, help them go through the emotion. Validate what they’re feeling. Label it. Let them feel it. Then help them notice that feelings pass, even the hard ones.

No matter how much you plan ahead or move mountains to be somewhere on time, your toddler is an expert at slowing your roll. It’s easy to tell them to “Hurry up!” “Pick up the pace!” or “Stop lollygagging!” But when you do, you’re likely not to get anywhere any faster—just grumpier.

Try This Instead: Make getting out the door a little more fun. Try using words that are silly and attention-grabbing. “Let’s skedaddle” or sing Hit the Road, Jack as you make your way to the door. You’ll be more likely to steer clear of tears and anger and veer into giggles and acquiescence.

30 Totally Funny Things Moms Say (You Know You Have!)

The Beautiful, Messy Life of Motherhood