Why Oceanside, CA Is the Laid-Back Beach Vacation We All Need

It’s Women’s History Month, and what better way to celebrate O.G. power girls like Susan B. Anthony and Harriet Tubman than by visiting places that honor their contributions to women’s history? These unique vacation ideas and educational trips are perfect for families because not only will your kids be inspired by these incredible people, but they’ll be sure to remember a family vacation that meant more than fighting the crowds and waiting in line. Keep reading to see our top picks for the best places to learn about women’s history in the United States. 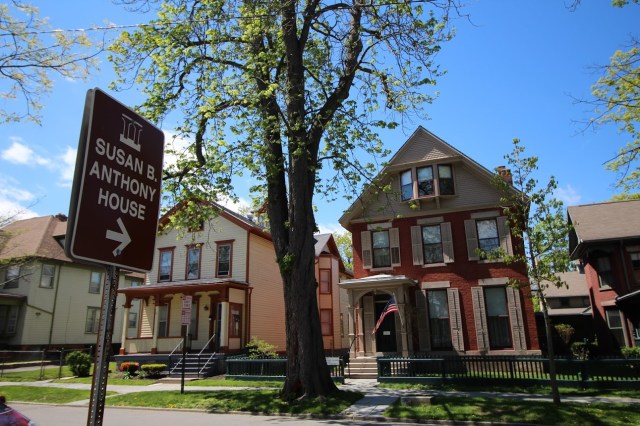 Learn all about Susan B. Anthony with a visit to her former home. The famous civil rights leader was arrested here when she voted in 1872, and it was the home of the headquarters of the National American Woman Suffrage Association while she was president. Take a tour of the house, learn the story behind her legendary life, and be inspired by her “Failure is Impossible” speech.

Born over 200 years ago in 1821, Clara Barton’s humanitarian legacy continues today with the American Red Cross. In 1881, at age 59, she founded the American Red Cross and led it for 23 years. Prior to establishing the Red Cross in the United States, Barton dedicated years of her life to the soldiers of the Civil War.

After the Civil War, Barton established the Missing Soldiers Office to locate Union soldiers who hadn’t returned home. She and her team initiated searches on behalf of the women who were looking for their lost husbands or sons. Barton and her team wrote more than 100 letters a day to contacts in the U.S. Army and family and friends of the missing. By December 1868, she and her team had located more than 22,000 missing soldiers.

Visit the preserved rooms where Barton lived and worked during the Civil War and where she and her team spent thousands of hours in the Missing Soldiers Office.

One of the greatest American artists of the 20th century, O’Keeffe’s museum is perfect for budding artists and history buffs alike. Wander through over 3,000 pieces of the artist’s work, learn about her creative process and the local landscape that inspired her. It’s a stroller-friendly museum, and there are plenty of other fun things to do with kids in Santa Fe, click here to see more.

Idaho is a gorgeous state to visit in the summer, especially for families who love outdoor adventures: hiking, biking, rafting and more. Enrich your trip with a stop at the Sacajawea Center, located in Salmon, which is in the Lemhi Valley, the birthplace of the sole female member of the Lewis and Clark Expedition.

The life of Helen Keller was full of hard struggles and amazing accomplishments. When Keller was just 19 months, she suffered a severe illness that left her blind and deaf. Keller became one of history's remarkable women. She dedicated her life to improving the conditions of blind and the deaf-blind around the world, lecturing in more than 25 countries. Wherever she appeared, she brought courage to millions of blind people.

When visiting Keller’s birthplace, do not miss the water pump where Keller had her life-changing breakthrough. While cool water gushed over Keller’s hand, Sullivan spelled “water” into her other hand. Suddenly, Keller connected the spelled word with the flowing liquid. Keller immediately began touching the elements around her, wanting to learn their names. Keller’s home includes her complete library of Braille books, her original Braille typewriter, plus mementos and gifts from her travels around the world. 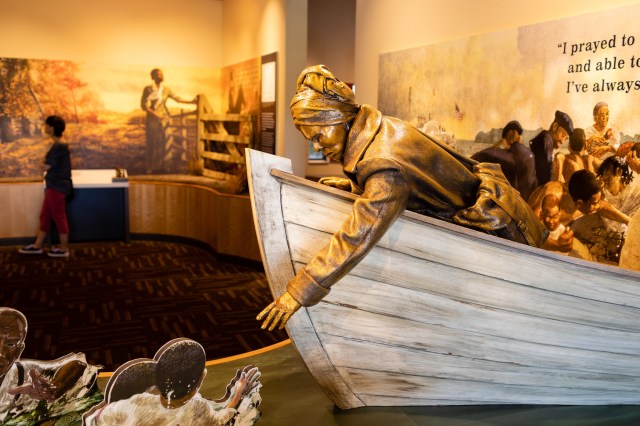 Visit the area in the Chesapeake Bay where the Underground Railroad’s most famous conductor—Harriet Tubman—spent her early days as a slave. The 10,000 square foot visitor center has exhibits about Tubman’s life, the Underground Railroad and the surrounding lands. There’s a Junior Ranger program for kids, and with a 17-acre state park to explore, it's a great place for the whole family.

Visit Mr. Loftus’s original store, rest in the shade of Pa’s cottonwood grove and discover other pieces of the Little House trail in DeSmet, SD, the final settling place of the Ingalls Family. Several Little House-themed events are hosted in DeSmet, including the Laura Ingalls Wilder Pageant. At the Ingalls Homestead, there are regularly scheduled activities: going to school in a one-room schoolhouse, feeding farm animals and even twisting hay sticks like Laura did in The Long Winter.

Boston is home to a number of self-guided tours where you can learn about the amazing women that have shaped our nation's history. Head to the Back Bay where you can see sculptures from women artists and then to Chinatown for information about Mary Soo Hoo, a longtime Chinatown community activist. 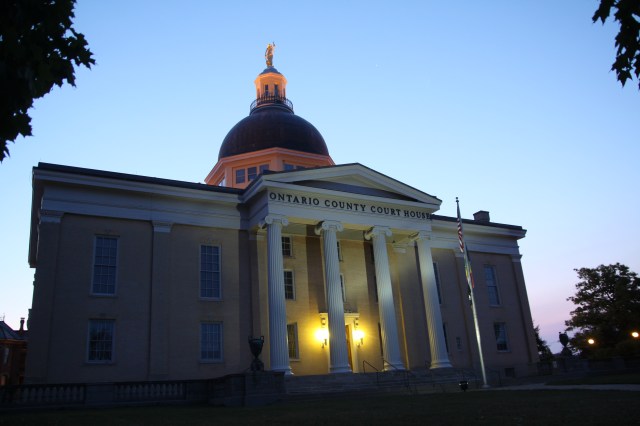 Best known as a wine and leisure destination, Ontario County in the Finger Lakes region of New York is also the epicenter of the women’s rights movement over 100 years ago. Visitors can follow the Ontario County Women’s History Trail to learn more about the history of women’s suffrage at the Ontario County Courthouse, where Susan B. Anthony was famously tried for voting, strides in higher education at Hobert and William Smith College, where the first doctoral degree was issued to a woman, and the traditions of the native Seneca and Haudenosaunee, who operated in a matrilineal society at the Ganondagan State Historic Site.

Anna Mary Robertson “Grandma” Moses (1860–1961) started painting in her seventies and within years was one of America’s most famous artists. Moses, known as a folk artist, painted scenes of rural life that captured an idyllic, bygone era of the United States.

The Bennington Museum has the largest public collection of paintings by Grandma Moses and a collection of artifacts from her life, including an 18-century tilt-top table she used as her painting table and her paint-stained apron. In addition, the museum is now home to the schoolhouse where she studied as a child.

See the home of the famous journalist, suffragist and civil rights activist on your next trip to Chicago. Now a National Historic Landmark, Wells-Barnett and her husband bought the home in 1919 and lived there until 1922 (it is not open to the public). Want to know what else to do while you’re in the Windy City? This massive list will get you started.

Learn about the women who kept the factories running and the war supplies coming during World War II. Explore the visitor center, which includes interactive exhibits and daily films, or wander the Rosie the Riveter memorial, which includes two gardens and photos and quotes of working women from all over the United States.

The Wyoming House for Historic Women contains displays of the thirteen honored women and is the site of various conferences and lectures pertaining to women's history and issues. In the plaza you'll find a life-sized bronze sculpture of Louisa Swain, who on September 6, 1870, became the first woman to cast a ballot under laws giving women full equality to men. Her ballot was cast just one block from the plaza. 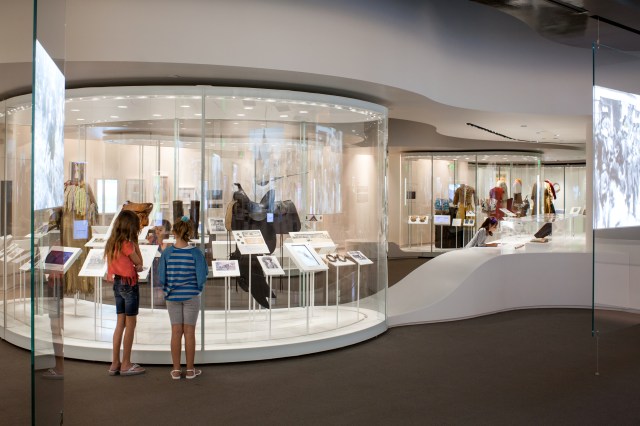 Craig Kuhner for the Cowgirl Hall of Fame Museum

National Cowgirl Museum and Hall of Fame | Fort Worth, TX

The only museum in the world dedicated to the women who helped shape the West is a must-see the next time you visit Fort Worth. There are interactive exhibits, two theaters, and features the legacy of many women on this list, including Georgia O'Keeffe, Sacajawea and Laura Ingalls Wilder.

One of the most famous early aviators was also a woman, and you can learn all about her at the Amelia Earhart Museum, located in Atchison, Kansas. The childhood home of the record-breaking airplane pilot has been preserved and welcomes visitors to wander the floor and see not only the furniture that belonged to her family but also mementos and historical artifacts from her life as an aviator. 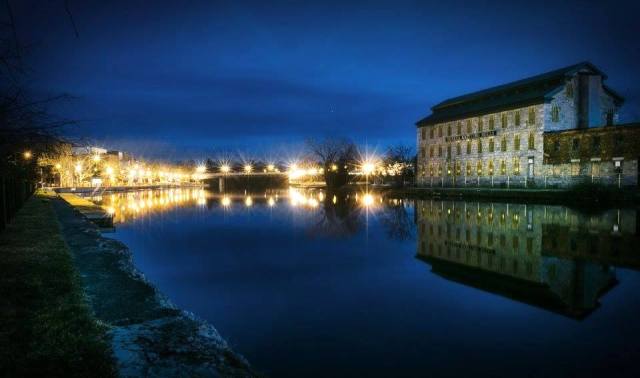 Quite possibly one of the best places to learn about women’s history in America is the National Women’s Hall of Fame. Located in Seneca Falls, New York, which is the birthplace of the American Women’s Rights Movement, you can wander the rooms filled with information on incredible women like Maya Angelou, Julia Child, Emily Dickinson, Billie Holiday and many more. 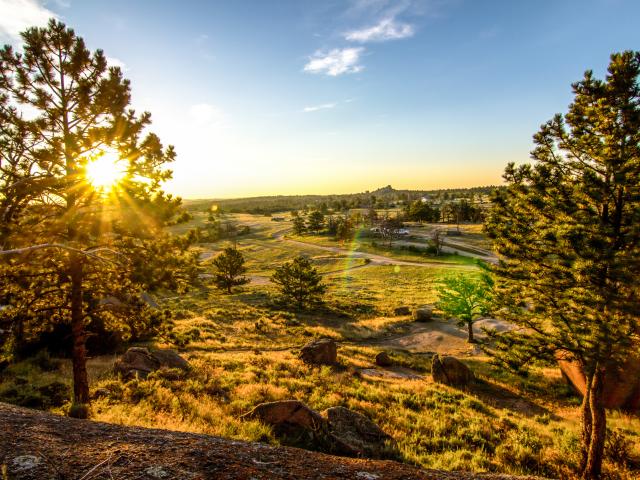 Not only is Cheyenne a great place to go for outdoor adventures with kids, but the Wyoming territory was the first in the US to grant women the right to vote. Cheyenne is the home of Wyoming’s first women judge, Esther Hobart Morris, as well as being the capital city, so whether your family wants to have a cowboy adventure, outdoor thrills or explore a historic city, you’ll find what you’re looking for here. See our insider's guide to the city to help you plan your trip.

16 Trips in the USA That Will Make Your Kids Smarter

12 Places to Visit to Learn More about Black History

21 Places That Teach Kids About Past Presidents