If you have a budding aviation enthusiast who loves nothing more than to eat, sleep and breathe planes, you’ll be happy to know that San Diego has some great look-out spots to get up close and personal with the mechanical birds of the sky. Before your kiddo signs up for flight school, grab a picnic blanket, pack up some snacks and prepare to be dazzled with close-up take offs and landings at one of these air fields. 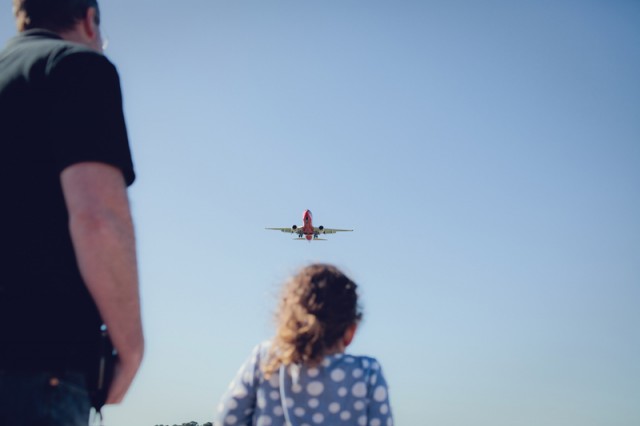 Harbor and Laurel Parking Lot
If your junior spotters literally want to be at the borders edge to the airport, then the Harbor and Laurel parking lot will be perfect for you. This lot is the official viewing area designated by Airport Authority and San Diego Harbor Police. It’s directly adjacent to the southern end of the runway so you’ll be able to take in all the action from the comfort of your car. Your mini flyers will especially love planes arriving from the east as they touch down low and loud in front of you! Parking here is free, but it’s not recommended to leave your car unattended. It’s also worth noting that snack stops and restrooms stops are few and far between, so be prepared for another pit stop after getting some plane action.

Coronado Beach
If you love your military aircrafts with a side of sun and surf, then Coronado Beach is for you. The North Island NAS (a.k.a the Naval Air Station for the non-military folks) hosts a massive 23 aviation squadrons and 230 stationed aircrafts. Pop down your towel anywhere on the beach between G and Pine Streets and you’ll be able to see an exciting mix of military aircrafts like F18s, S-3 Vikings and C-5 Galaxies flying across the Northern peninsula of the island. Keep in mind the beach directly in front of the NAS is a restricted area so it’s best to avoid that area and keep your junior spotters safe and sound. 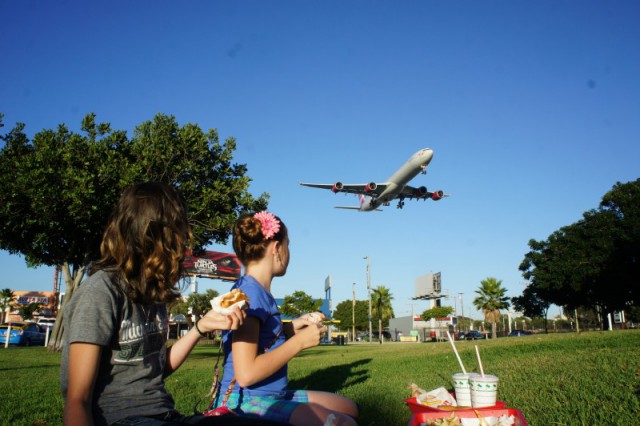 Liberty Station NTC Park
Just opposite the northern end of the San Diego International Airport runway, you’ll find the Liberty Station NTC Park. Originally a former Naval training center, this area boasts retail shops, restaurants and beautiful open green space perfect for plane spotting. Look directly across the water’s edge and you will see the planes taking off from runway 27 while you hear their ear-deafening roar as they fly above you. If the kids get tired of plane spotting they can shake off that excess energy at the NTC Park’s two large playgrounds.

Aviator’s Tip: NTC Park has restrooms, free parking, tables and outdoor grills if you want to make a day of it. 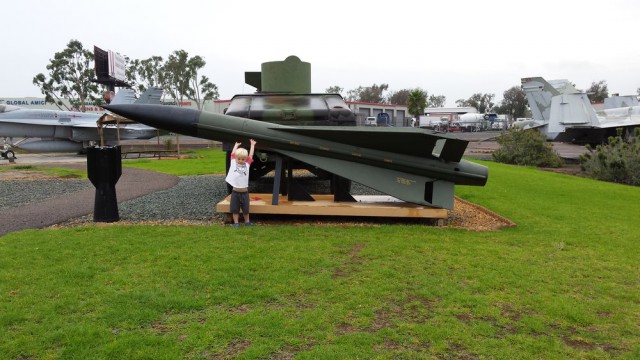 Aviator’s Tip: Visit the Leatherneck Museum website for details on their upcoming “Open Cockpit” dates — a must-do event with the opportunity to sit in the cockpit of a fighter jet while mingling with military staff and pilots.

Where do you like to spot the planes overhead? Any spots we should add to the mix?