Get ready for your kids to unleash their inner Guitar Heroes. With the world’s largest playable guitar, a rave room, custom rock star photos and dozens of guitars on display, OMSI’s new exhibit, Guitar: The Instrument That Rocked the World, is definitely going to rock yours. Read on to get the scoop. 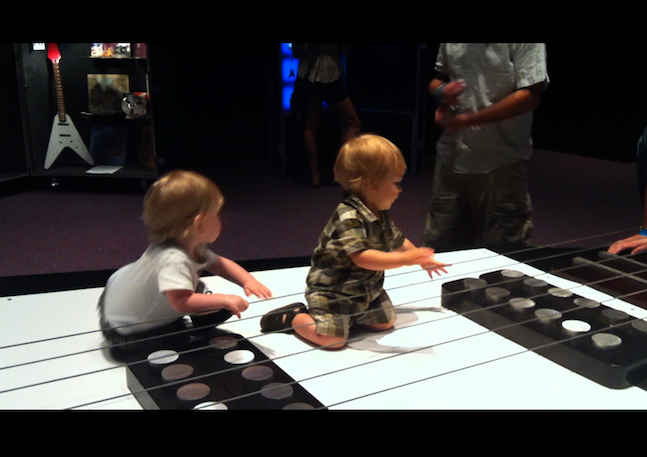 Walk in and behold every hair band rocker’s dream: wall-to-wall guitars under glass, including a larger than life, 43.5-ft. long, 16 ft. wide, 2,244 lb. Gibson Flying V, the world’s largest, playable electric guitar. This monster axe was built by the Academy of Science and Technology in Houston and was certified the largest by the Guinness Book of World Records in 2001. Kids are allowed to climb on it, turn the knobs (almost to 11) and pluck its thick strings. 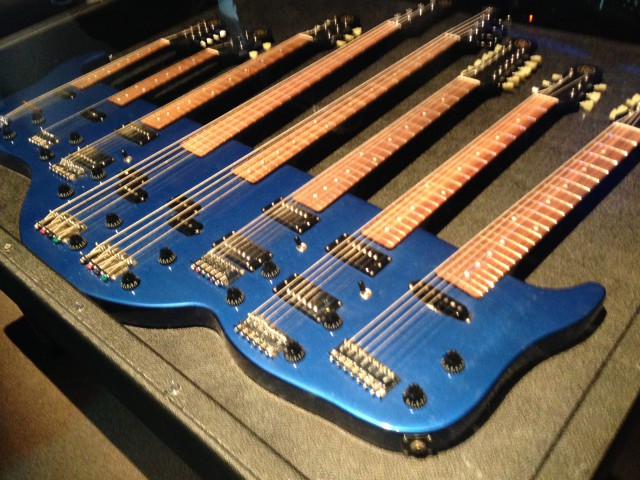 An impressive collection of every guitar imaginable is situated throughout the large hall, including the ancient Chinese pipa that can be traced back to the Quin Dynasty. You can also ogle modern acoustic and electric guitars on display, like the the Ock Rock, the only playable 8-neck guitar in the world, as well as—wait for it—the air guitar. Facts accompany each of the guitars that range from antiques to guitars of the future that include televisions built right into the instrument’s body. Touchscreen displays in the exhibit allow for hands-on fun throughout with a variety of games that expose kids to the sounds and stories of different instruments. Other highlights include music you can play with flip-flop soles, and an impressive array of percussion implements including xylophones 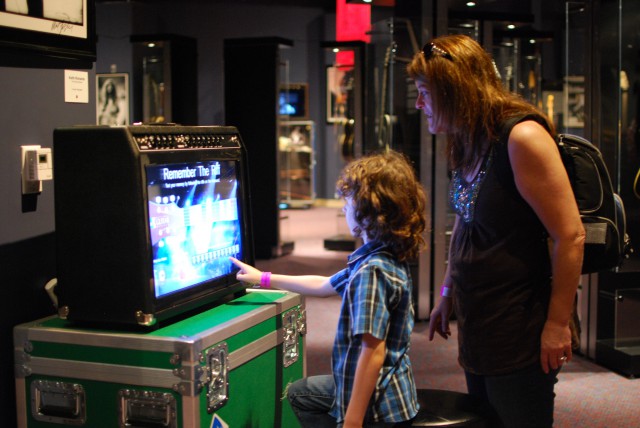 The Science of Sound

Keep an eye on the the clock over the stage near the front of the exhibit as it counts down to the next Science of Sound show. You’ll know it’s starting when you hear the gong. Grab a seat on the rows of benches and get ready learn about how sound travels through air, how sound waves can make a candle flame flicker and more with the help of a charismatic, lab-coat wearing scientist/performer playing with Tesla coils, water goblets and a Ruben’s Tube. 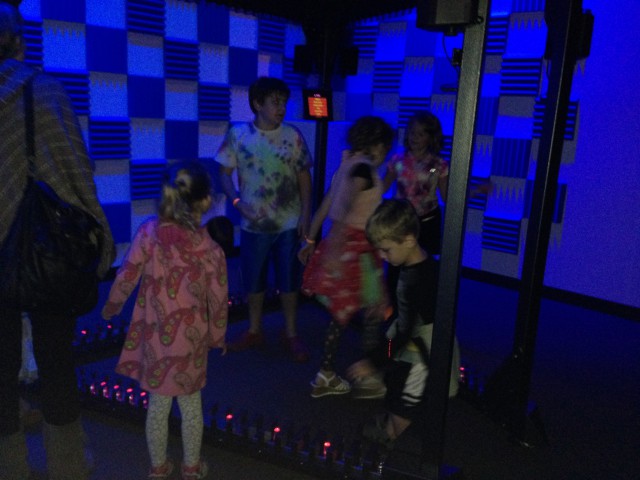 Head toward the rear of the exhibit, on the cafeteria side, and you’ll see a small, black tented area with jams pumping out of it. This is the La’Ha Laser Music Room. An iPod lets kids control whether the music will be Ambient, Drum Circle, Spoken Weird, Trap, Glitch Hop or House. After that, it’s up to the other people in the room to break the laser beams on the metal, triangular structure in the center of the room to add sounds to the music already in progress. It’s like a family rave in there. 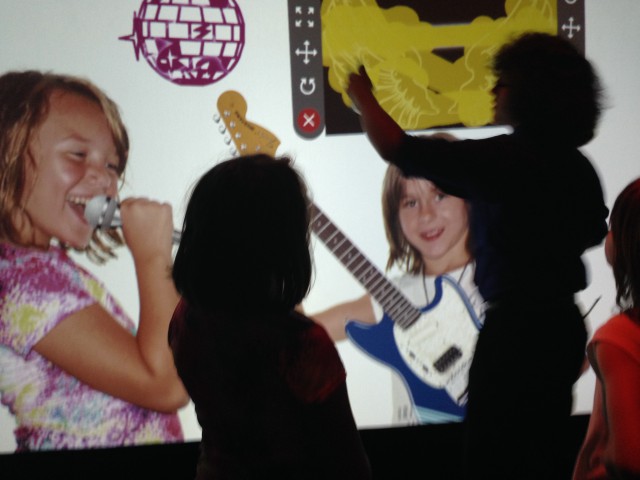 Don’t leave without having your kids’ photo snapped in front of the giant white screen near the back of the exhibit. You can customize it into a rock n’ roll photo with disco balls, lights, microphones, guitars and stencil designs using a remote control that looks like a tiny spray paint can. Take one home for $5 or just have fun creating it for free. Additional copies for friends are just .50 cents.

Are you planning to rock out at this awesome exhibit? Let us know in the comments below!