10 Make-Ahead Breakfast Recipes for Kids to Simplify Your Mornings

What’s the best part of Hanukkah? It’s not the gifts, learning how to spin a dreidel or chocolate gelt (although we do like an excuse for chocolate). It’s latkes. That’s right, potato latkes—the perfect excuse to eat food fried in oil (as if we really needed one). Even if you want to throw some veggies into the action, we’ve found a recipe for you. See our favorite 11 latke recipes below. 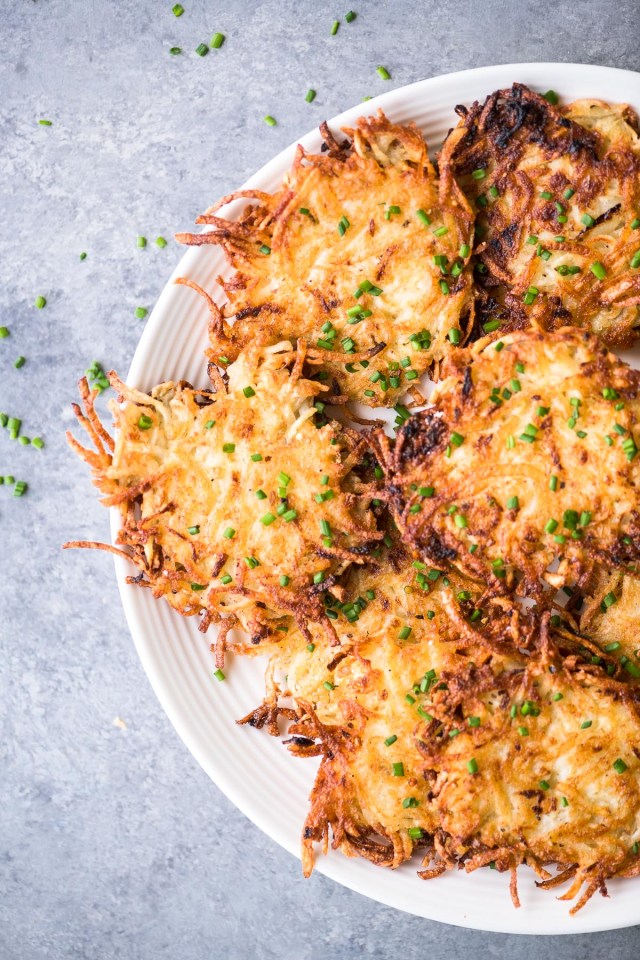 The View from Great Island

1. The Perfect Latkes
Make what the View from Great Island calls “the perfect latkes” this December. Perfectly crisp, there’s also a recipe for spiced applesauce!

2. Gold Potato Latkes
Gold is the secret ingredient in this delicious latke from Leah's Thoughts. Yukon gold potato, that is. The buttery taste of the Yukon potato will give these latkes a super-rich flavor.

3. Vegetable and Feta Latkes
With grated zucchini, potato and carrots in this recipe, the latke is healthy, right? Add some crumbled feta cheese and you have a dish that is unique and sure to please even picky eaters. 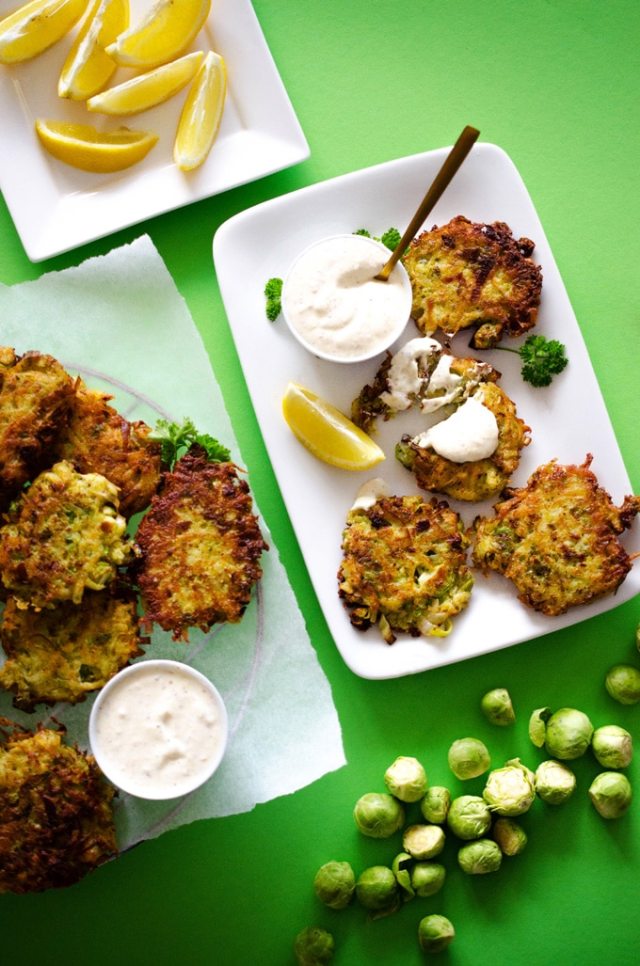 4. Brussels Sprout Latkes with Dijon Yogurt Sauce
Live Eat Learn just took your next latke to a new level, not to mention what they've done for brussels sprouts! Sprouts never tasted (or looked) so good! This recipe calls for potatoes, shredded Brussels sprouts and leeks. The sauce is equally delicious with ingredients like Greek yogurt, dijon and maple syrup.

5. Butternut Squash Latkes
This recipe is so simple even your kids can make Hanukkah dinner! The key is shredding butternut squash the way you would potato. And then frying them up to perfection. Get the how-to over at Eating Richly. 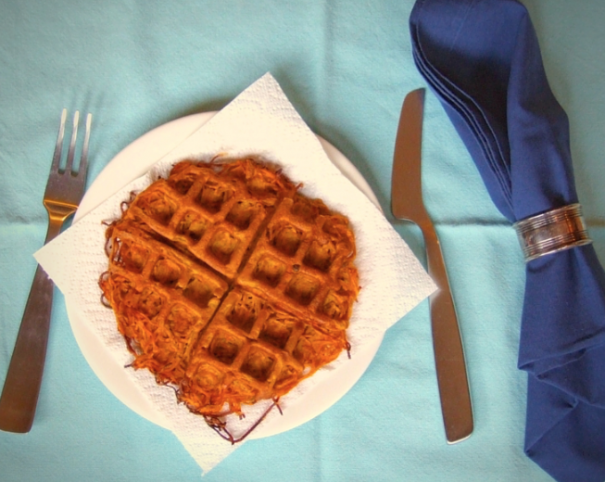 6. Waffle Iron Sweet Potato Latkes
Talk about a new twist to an old favorite. These latkes from Family Friends Food are made with sweet potatoes. And instead of frying them in a pan with oil, the latkes are scooped into a waffle maker. What you get is a tasty latke that looks like a breakfast favorite.

7. Mashed Potato Latkes
Who says the traditional latke should have shredded potato? Not Two Kooks in the Kitchen whose recipe calls for leftover mashed potatoes as the starch. We think it's a great idea, especially if you don't have a lot of time to spend on grating but still want delicious fried latkes to enjoy. 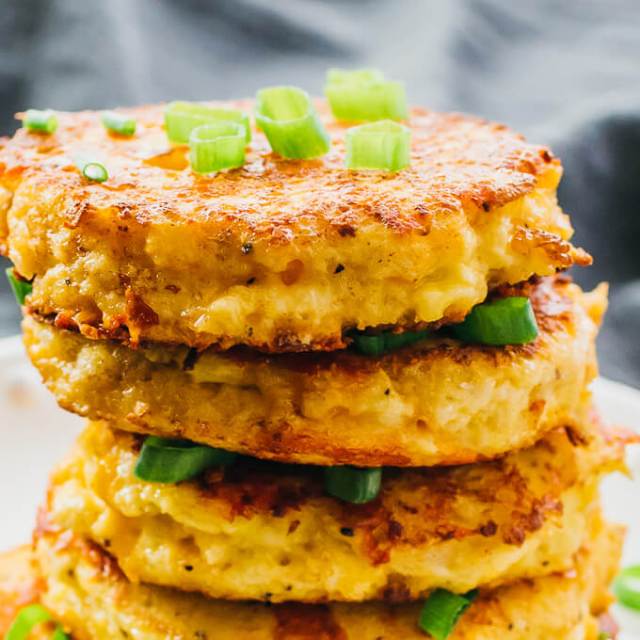 8. Keto Cauliflower Fritters
A low-carb version of the classic potato pancake, this fritter recipe is cheesy-good and the fact that you can use store-bought cauliflower rice means your prep time will be cut in half. Get the recipe from Savory Tooth.

9. Kimchi Latkes
Ready to give your traditional latke a spicy Asian twist? Girl in the Little Red Kitchen combines Russet potatoes with a heaping portion of diced kimchi for an Asian twist. A side of sour cream and Sriracha sauce makes for a perfect side to the latke. 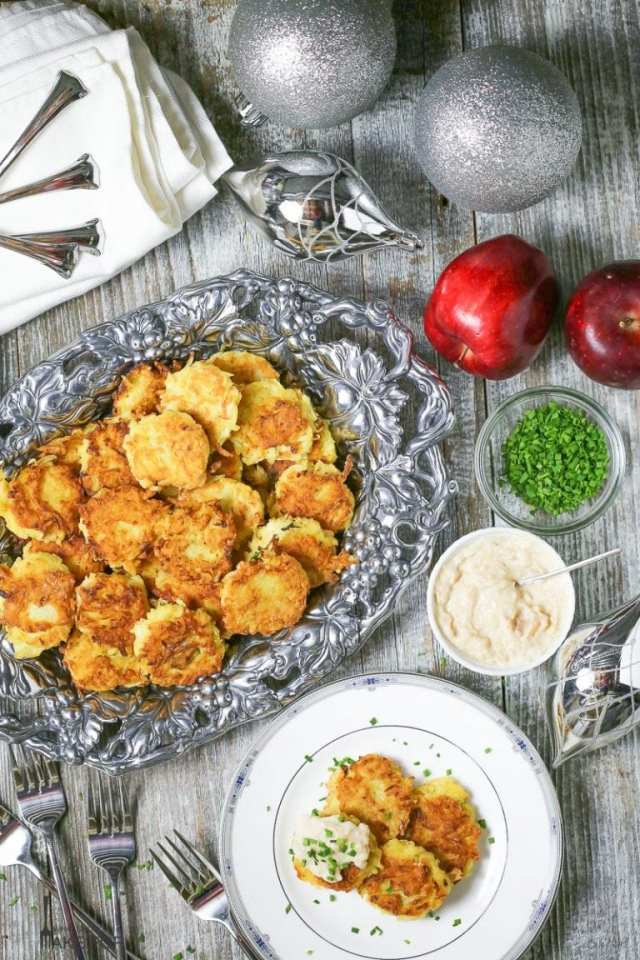 What Should I Make For

10. Mini Potato Latkes
How cute are these little latkes? Perfect for tiny hands, this recipe from What Should I Make For will be a winner with the kids. The adults will appreciate the accompanying apple creme fraiche.

11. Adam and Maxine's Famous Latkes
According to Epicurious, you can't go wrong with this iconic recipe. Get it here. 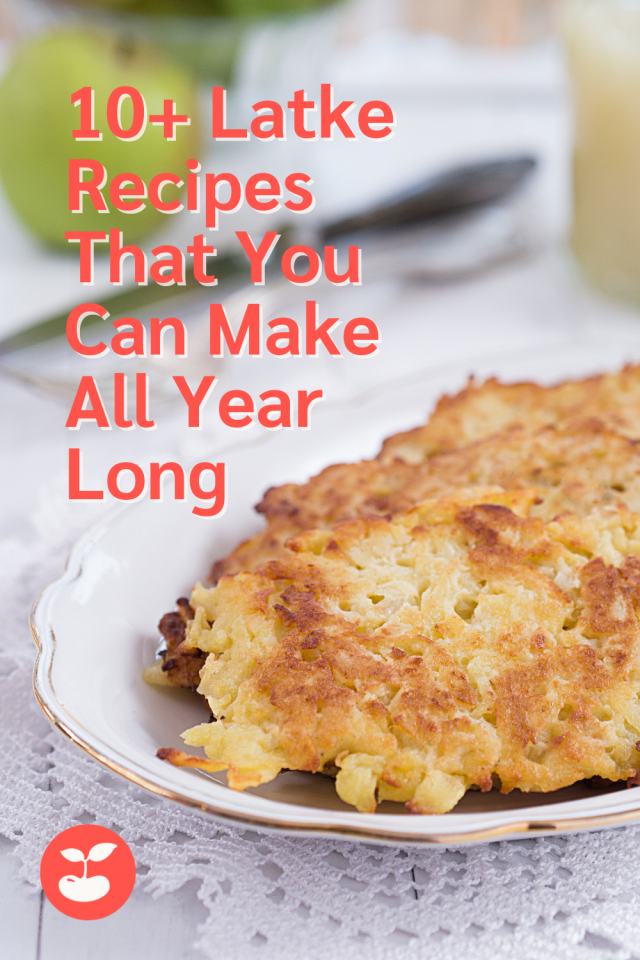