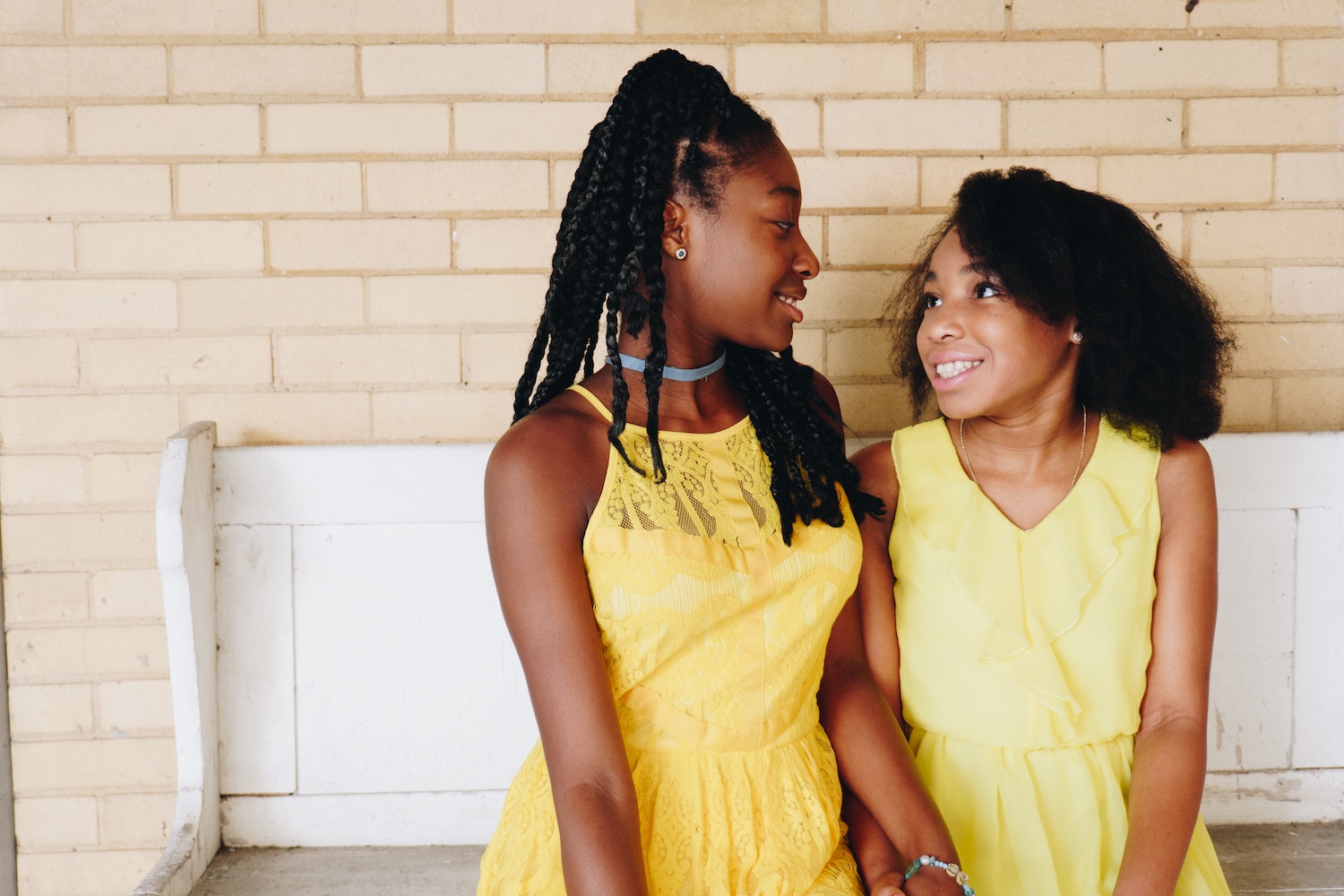 On any given day, my son has about four little nail marks on his cheek. They’re given to him by his sister, older by 23 months. She, likewise, has a tiny scratch on her chin from the day last week that she tried to take away his beloved stuffed bird but he was quicker. They spat like cats and dogs but melt into a giant hug puddle immediately afterward, making my heart do the very same thing.

I wasn’t sure how I’d manage having two so close in age, but it’s ended up being the sweetest journey. As I tend to do, I’ve looked to my own mama for examples, advice and wisdom along the way. She raised three kids who all, somehow, ended up not only loving each other, but really liking each other, too. We all live within a three-mile radius and see each other at least a few times a week.

When I asked my mom how she did it, she looked at me and replied simply, “I always followed one rule: What you do for one, you do for the other.”

Looking back, I can see where that lesson was applied throughout my entire life. I rarely received a compliment from her that wasn’t followed by a praise for my brother and sister as well. If one of us got new school shoes, the whole gang did. If one of us was allowed to bring a friend to the beach, we ended up bringing three friends total. There was never any rivalry or competition for her and dad’s attention. They gave it to us freely, equally.

So, I’ve been trying to implement the same practice with my own two, young children. My son just turned two years old last month. We threw him a very small, modest backyard cookout with family and a few close friends. My daughter, on the other hand, is turning four this year and is really into outer space.

I spent hours researching themed birthday parties online, pinned to a million inspiration boards and heavily considered renting a space-themed bounce house for her big celebration. Then, I remembered my son’s birthday party, where we just cooked hot dogs and ate cupcakes under the shade trees, and how it would pale in comparison to her extravaganza.

In the end, I decided to nix the grand affair and keep hers simple as well. Maybe next year we’ll bust out the pinatas for both parties, buy a bunch of swag, and hire two magicians or something crazy like that.

For now, I’m sticking close to the idea that raising assured, confidence siblings starts with not making either of them fight for your attention or devotion. That means I often have to stop myself when I start to say things like “Look at how good your brother is eating. Why can’t you do that?” or “Your sister knows her ABCs. When will you learn yours?” They’ll come around on their own time, in their own unique way that’s unlike anyone else.

As their mother, it’s not my job to encourage them to be like each other. I have two wildly different, incredibly special kids and I want to foster that individuality as much as I can.

My main job, as I parent them through toddlerhood, adolescence and beyond, is to remind them that regardless of their differences, irrespective of everything that separates them or drives them away from each other, there’s one uniting force that’s stronger than any dissimilarity: their mama’s unconditional, undying, all-encompassing love.
Featured Photo Courtesy: Eye for Ebony via Unsplash