Fans have been anxiously awaiting the release of Disney’s latest animated film, Raya and the Last Dragon, and starting today, Feb. 5th, for the first time, Disney+ is offering pre-orders for Premiere Access, and Fandango has theater tickets for reservation as well. Keep reading to find out more. 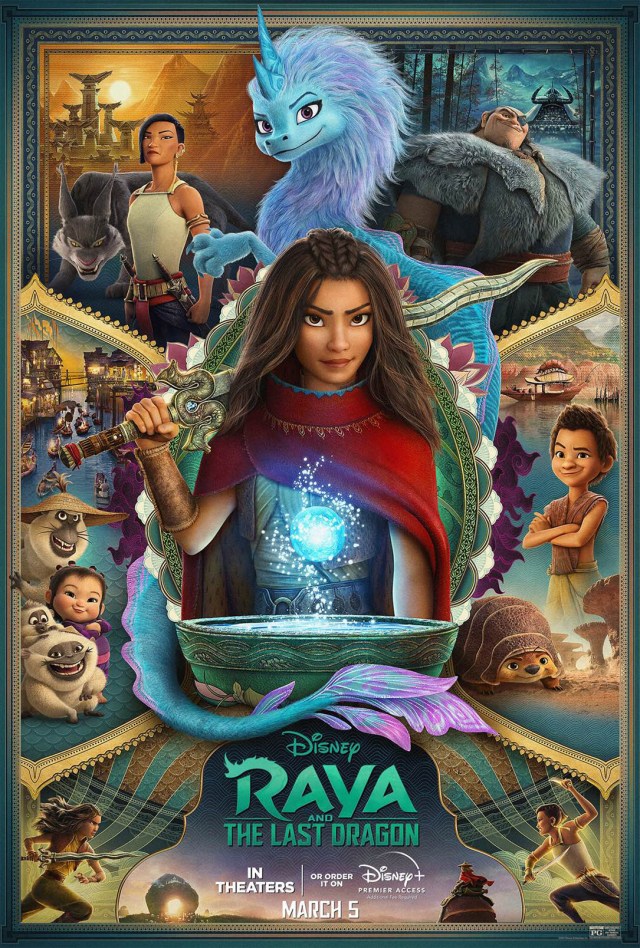 Raya and the Last Dragon is a sweeping saga that takes you into the fantasy world of Kumandra, where dragons and humans lived alongside each other. When evil forces arise, the dragons sacrifice themselves to save humanity. Now, it’s 500 years later, and when evil rises again, lone warrior Raya tracks down the last legendary dragon in hopes of restoring the broken land and its people. Will finding the dragon do the job, or does it take teamwork and trust as well? Featuring an A-list lineup including Kelly Marie Tran, Awkwafina, Gemma Chan, Daniel Dae Kim, Sandra Oh, this highly anticipated movie will be released on Mar. 5th.

There are two ways you can get to the front of the line for Raya and the Last Dragon. If you’re a subscriber to Disney+, for $29.99, you can get Premier Access and watch the movie as often as you like. Get premiere access here. You can also purchase tickets for in-theater viewing on Fandango.