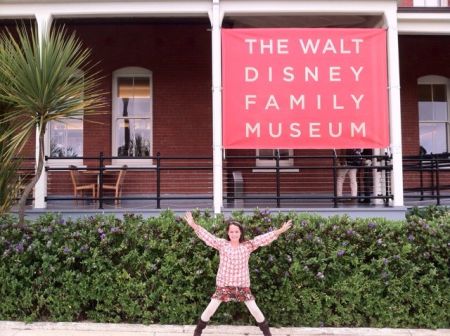 Can’t make it to the Magic Kingdom this year? Dreams can still come true at The Walt Disney Museum. For filmmaking enthusiasts, a trip to how the magic first happened and special new exhibitions could be truly inspiring. Housed in former barracks in the heart of the Presidio, you’ll find this stunning museum a vast tribute to the ambitious newspaper artist from Kansas City who would eventually conquer Hollywood. You’re as welcome as can be at the home of M-I-C-K-E-Y!

Located in the Presidio, the Walt Disney Family Museum is a memory trip into the art of animation and family classics such as Snow White and the Seven Dwarfs, Mary Poppins or Steamboat Willie. There you’ll see a miniature replica of Disneyland, meet the conductor behind Fantasia and hear Zip-a-Dee-Doo-Dah play on a ceiling giant screen. Bliss! 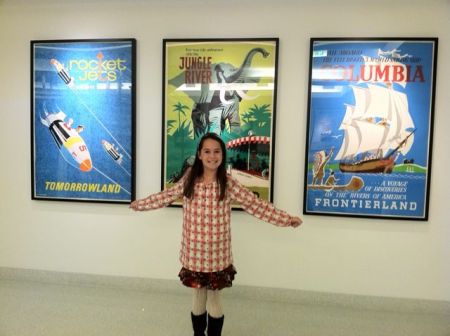 What to do: The museum’s best kept secret may be their monthly screenings in the state-of-the-art theatre downstairs. Celebrate Halloween with Hallowscreen a special selection of haunted cartoon shorts such as The Skeleton Dance, The Mad Doctor, Pluto’s Judgment Day, and more. On Friday, October 26- Sunday, October 28, 2012 they’ll also host screenings of The Nightmare Before Christmas. Next up in November 2012: Snow White and the Seven Dwarfs!

Between Frames: The Magic Behind Stop Motion Animation reveals the magic behind movie creatures such as King Kong, the Jurassic Park Velociraptors, and Star Wars AT-AT. The exhibition follows the evolution of stop motion animation in the United States from innovators like Tim Burton (The Nightmare Before Christmas), Henry Selick (Coraline and James and the Giant Peach), Phil Tippett (Star Wars and Jurassic Park), and more. The exhibit is on view from September 27, 2012 to April 28, 2013 in the museum’s Theater Gallery. 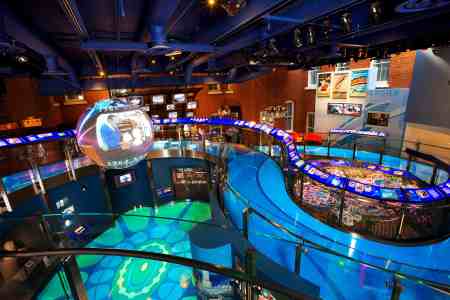 The museum’s first major exhibition Snow White and the Seven Dwarfs: The Creation of a Classic celebrates the film’s 75th year. In this landmark show, you can see firsthand the terrific efforts made by the accomplished animators and artists who brought Disney’s first full-length motion picture to life. This special exhibit will be on view from November 15, 2012 to April 14, 2013. Check out the calendar for special family activities and programs.

What Not to Miss: Don’t miss the gorgeous museum store which features a wide selection of Disney memorabilia, seasonal gifts, home décor, books, gifts, and toys. Walt Disney said he didn’t make movies for kids or adults, but for everyone, “Everyone was once a child with a fine, unspoiled spot deep inside, maybe the world has made us forget, but our pictures can help us recall.”

The real attraction, though, lies in ten rooms of permanent exhibits staged theatrically on two floors. The pint-size set will prefer to flash through the first floor displays on the history of Walt’s family so they can reach the second floor’s amazing animated walls through an elevator that could belong in Disneyland. Then depending on your kids, you can spend 30 minutes or two hours on the second floor.

The Disneyland miniature replica finale is a highlight of the museum and will keep little ones transfixed as they try to catch a glimpse of every automated carousel in the park. You might even plan your next Disneyland trip there!

What to skip: The first and second room on Walt’s childhood and early adulthood will likely not fascinate preschoolers, but the silent black and white shorts called Laugh-o-grams next to the elevator in Room 2 will captivate more than a few with their simple plots and graphic lines – perfect for kids with short attention spans.

Where to dine: The Walt Disney Museum has a charming café, with upstairs and downstairs seating for your little mouseketeers, featuring fizzy drinks, yogurt parfait, PB&J sandwiches, and chili in a bread bowl. You might also like to brown bag it on the lawn outside the museum on the Presidio grounds.

How to dress: The weather is notoriously unreliable in the Presidio so layer up before you go but once inside, you’re safe and warm.

Bathrooms: you can find nice colorful bathrooms with a changing table at the lower level, as well as two bathrooms located in Gallery 7b (right before the gallery with the view of the Golden Gate Bridge), one of which has a changing table.

Strollers: They are not allowed in the museum. Leave them downstairs at the coat check of the Lower Lobby before you start your visit.

Cost: Children under age 6 get in free with an adult admission. Prices are $20 for adults, $15 for seniors over 65 and students (with ID) and $12 for kids aged 6 through 17 years. Movie screenings are $7 per adult and $5 for children age 17 years and under.

Insider Tip: On December 5, 2012 in honor of Walt Disney’s birthday, the museum will be free (limit two tickets per person).

What’s your child’s favorite Disney character? Let us know in the comment section below.