The San Francisco Bay is home to a number of historic ships that are all available to visit. Little ones will be amazed by their massive size and bonus, they’ll get a little history lesson at the same time. Cruise on through this list and pick your next day out on the water! 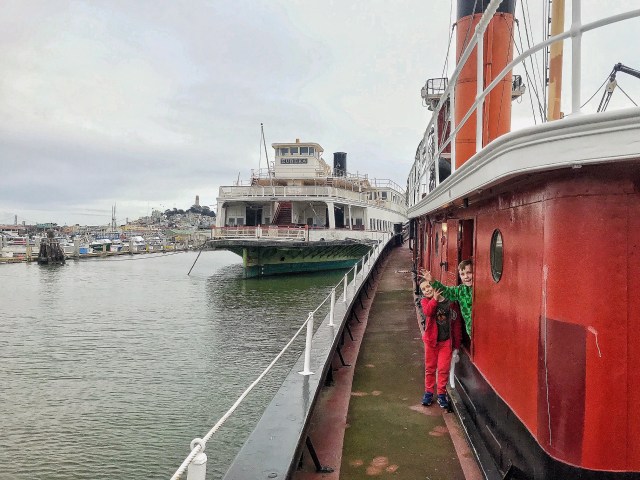 Head to Fisherman's Wharf to check out this fleet of historic vessels. Visit the 1907 steam tug Hercules, 1891 scow schooner Alma and others docked on the pier. Public ranger-led tours of the pier are offered daily or you can tour on your own. The visitor center is across the street from Hyde Street Pier where you can explore the park's collection of historic vessels.

Entrance to the pier is $15/person age 15 and older. Kids are free as are visitors who come with a fourth grader with an Every Kid in a Park pass (free to sign up).

Kids looking to explore the SF waterfront this summer can sign up for one of their summer camp programs. 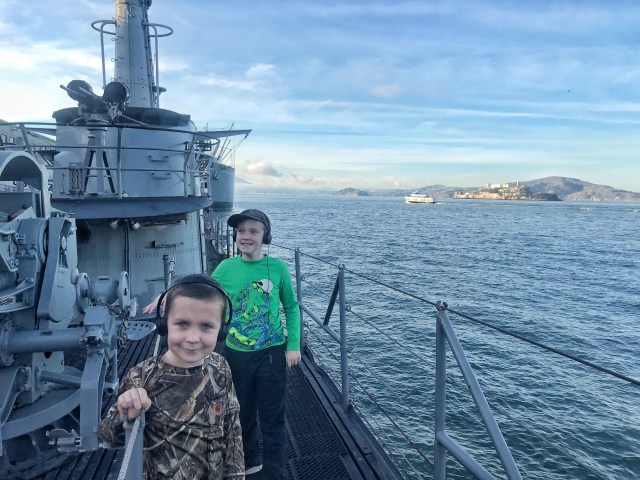 The USS Pampanito SS-383 is a WWII Balao Class Fleet Submarine. This historical vessel is now a popular floating museum in San Francisco's Fisherman's Wharf neighborhood. This sub went out on six patrols in the Pacific during World War II and it sank six Japanese ships and damaged four others. Audio tours are offered on a daily basis and kids five and under get in free. Scouting programs are offered including overnights. 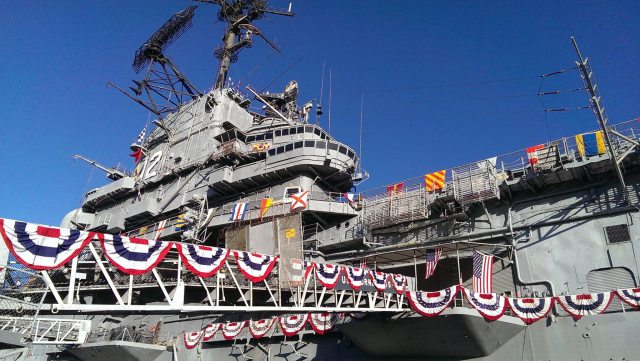 The USS Hornet Museum is a museum ship composed of the aircraft carrier USS Hornet, exhibits from the NASA Apollo moon exploration missions and several retired aircraft from World War II and the transonic and early supersonic jet propulsion period. Tours are available on a daily basis and they even offer overnights where you get to sleep restored compartments where the crew lived. Kids love taking a ride inside the flight simulator. Insider tip: Check out passes to visit the Hornet for free via your library's Discover and Go Program. 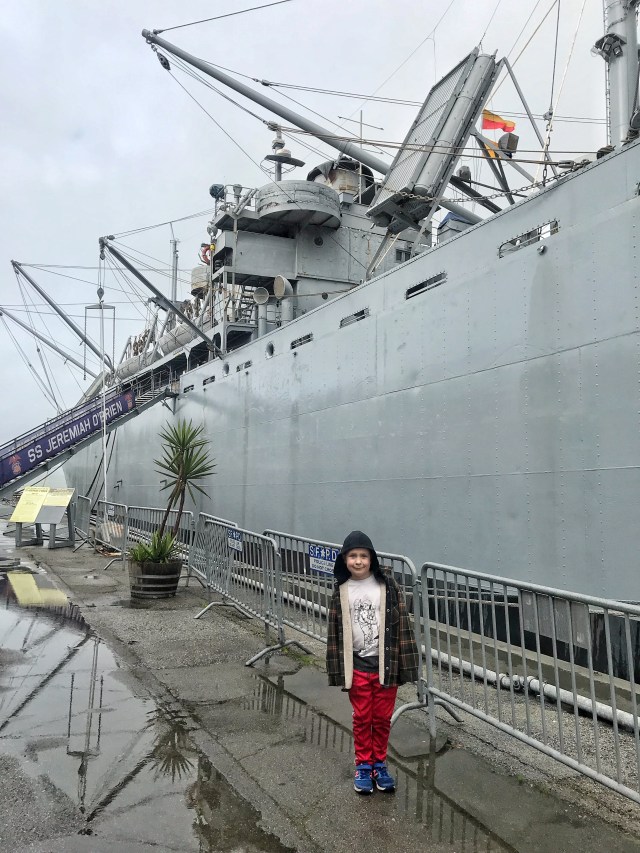 The SS Jeremiah O'Brien is one of two remaining fully functional Liberty ships of the 2,710 built and launched during World War II. The O'Brien has the distinction of being the last unaltered Liberty ship and remains historically accurate. A living museum on the National Register of Historic Places and a National Historic Landmark, the O'Brien transports you back almost seven decades to when sailors braved the harshest of high seas and threat of enemy attack. The ship is docked right next to the USS Pampanito, perfect to visit at the same time. 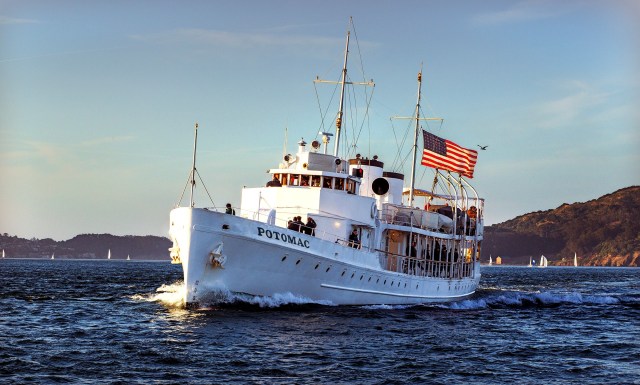 The “Floating White House” was originally commissioned the USCG Cutter Electra in 1934. In 1936 it was renamed the USS Potomac and served as Franklin Delano Roosevelt’s Presidential Yacht until his death in 1945. The Potomac offers cruise opportunities on San Francisco Bay where you will learn about the history of San Francisco Bay and FDR’s role in its development. You can also tour the yacht dockside in Jack London Square on Wednesday, Fridays and Sundays. 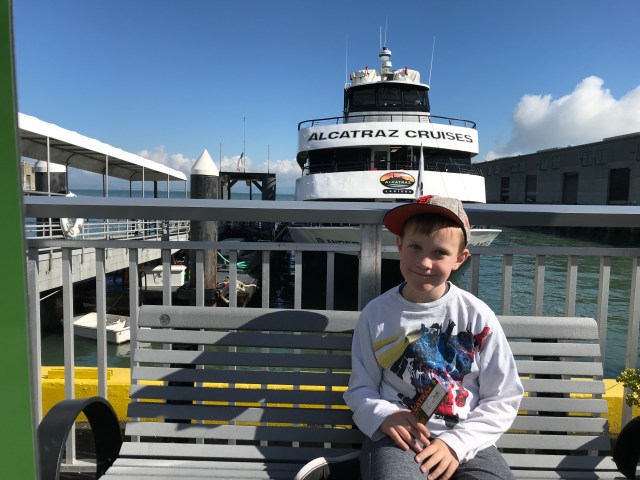 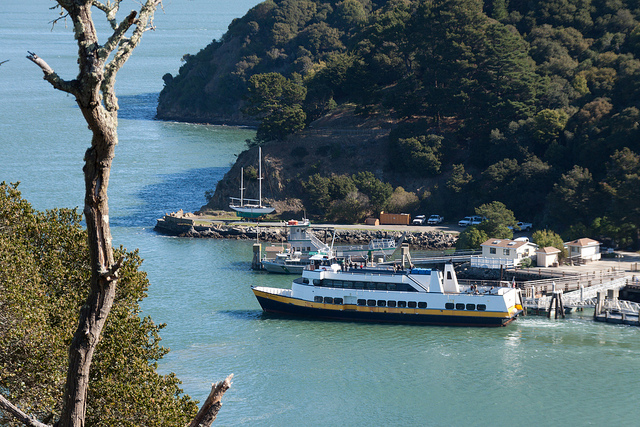 Whether you choose to leave from San Francisco or Tiburon, a ferry ride to the historic Angel Island is fun day trip for families. When you arrive, sign up for a tram tour that takes you to all the historical spots on the island. Stop for a photo at Battery Ledyard before you visit the crumbling former hospital that some say is haunted. Angel Island Tiburon Ferry provides service from Tiburon and Blue and Gold Fleet from San Francisco. Read all our Angel Island tips here.

The Ultimate Guide to Kayaking with Kids

All Aboard! The Best Train Adventures in the Bay (& Beyond)