After a two-year hiatus, the official Seafair Weekend is back and so is the Blue Angel show! Held at Genesee Park, Seafair has been a Seattle tradition since 1951, and it’s one of the can’t-miss events of the summer. While the hydroplane races, wakeboarding competitions and classic car show are all part of the weekend celebration, the show’s biggest stars are the U.S. Navy Blue Angels. They have performed at Seafair for over 40 years and are currently celebrating their 75th anniversary. Want to get in on this Top Gun action? Here’s where to watch the Blue Angels in Seattle this year. 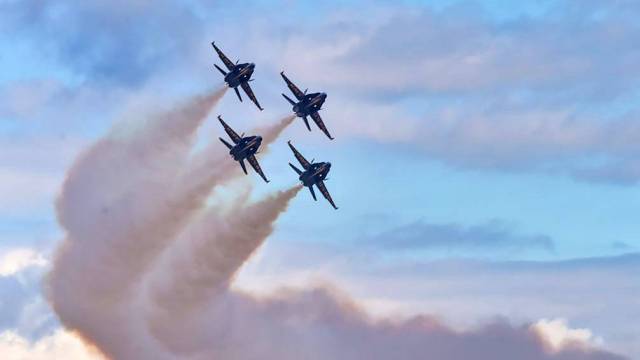 Boeing Seafair Air Show
The Boeing Seafair Air Show runs Friday, August 5 through Sunday, August 7, 2022 and it’s where you can catch the amazing flying aerobatics of the best of the best pilots. This year’s lineup includes the US Navy Blue Angels, the US Army’s Golden Knights, US Air Force, US Coast Guard and many more! Festivities kick off at 9 a.m. on all three days. This year marks the appearance of the Boeing F/A 18 Super Hornet Jet, which is rumored to be bigger, louder and faster than ever. The air show will also feature the new U.S. Navy C-130 J Hercules, affectionately known as the Fat Albert, and the U.S. Air Force F-35 Lightning II Demonstration Team.

As with past years, the Blue Angels have a flight plan for practices over Lake Washington so the I-90 Bridge and Seward Park will remain open. Practices will be held on Thursday, August 4 from 11 a.m.-1 p.m. and again from 2:30 p.m.-3:30 p.m. Performances over Seafair Weekend will take place on from 3 p.m.-4 p.m. daily. 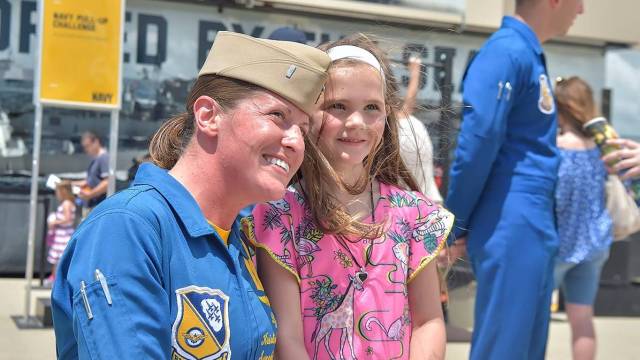 Going to the Races

What to Bring
Be sure to lather on the sunscreen and bring lots of water and some extra cash as many of the beaches will have tasty treats to purchase. Your wingmen will enjoy the show best if you gear them up with some ear protection, especially if they can sport some cool ear muffs like the ones the pilots wear.

The Best Way to Get There
Genesee Park on Lake Washington will be your best bet for a front row seat for both the air show and hydroplane extravaganza. However, getting there by car is no picnic and finding parking will be that much harder. There is some general parking available for $50 (which you can purchase ahead of time) and limited paid ADA parking too first come, first served basis. Instead, we suggest you take advantage of buses and lightrail for your transportation needs. In any case, here are your options:

Metro Transit Buses
Metro Bus Route 50 will be operating a standard schedule with stops at Genesee Park & Columbia City Station. This route will operate every 15 minutes from 10 a.m.-6 p.m. on Seafair Saturday and Sunday.

Bike to Seafair
If you’re up for it, anyone riding their bike to Seafair Weekend Festival on Saturday or Sunday (Aug. 4 and 5) can use the North Gate entry to gain access to a free and secure bicycle pavilion. Seafair will provide anyone riding and storing their bike in the pavilion with a 1/2 price general admission ticket to the event (normally $40 at the gate), and a free bottle of water to boot. 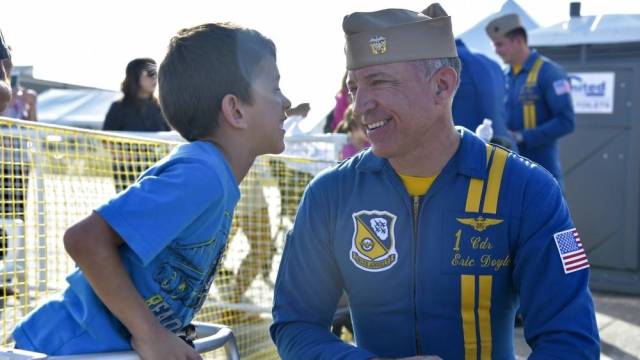 The Museum of Flight’s Annual Jet Blast Bash is a two-day event that offers families the closest views of the Blue Angel show as the planes park and take off from the Museum. During the weekend, the Museum of Flight will be chock-full of outdoor family activities, plane displays, live music, food and even a beer garden for moms, dads and other caregivers. All activities are free with Museum admission. There will be some free parking onsite, but it will be limited. They recommend taking public transit or using ride-share options if possible. METRO Bus #124 drops off directly in front of the Museum and can be picked up from the Tukwila Light Rail station or in Downtown Seattle.

Note: Schedule is subject to change 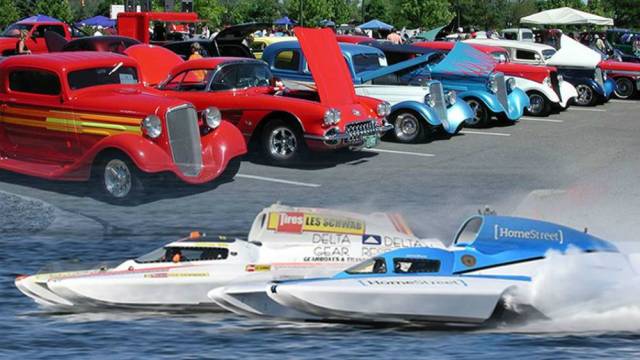 Where to Find All the Action

Genesee Park on Lake Washington is the official location and will be your best bet for a front row seat to the Air Show extravaganza, hydroplane hoopla and a lot more. The park is located at 4316 South Genesee Street. 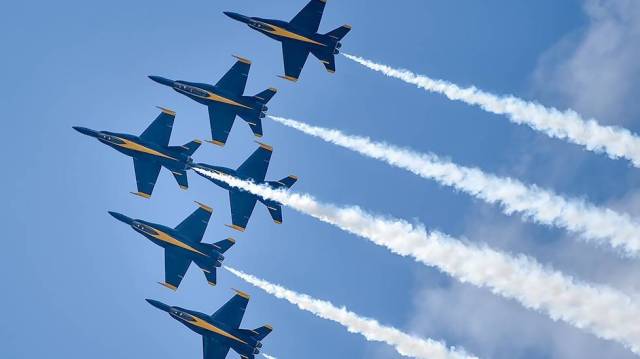 Other Places to See the Air Show

Mount Baker Park
Located just two miles away from the Seafair epicenter, this beach park is the perfect spot to picnic while you watch in awe as the team displays the amazing agility and speed of the F/A-18 Hornet, performing a flurry of stunts that loop, roll and turn through the sky. The small, well-groomed space has plenty of entertainment to keep those jet-heads busy while you wait for the show, including a life-guarded beach complete with a roped off kiddie area, a cozy grass lawn perfect for a picnic, plus a small playground with a sturdy zip-line for small fries to attempt their own daredevil maneuvers on.

Insider Tip: Be sure to arrive early to beat the crowds and spend some time exploring the park before the show. Parking is limited, so consider using public transportation or venturing the neighborhoods on the hill above the lake. 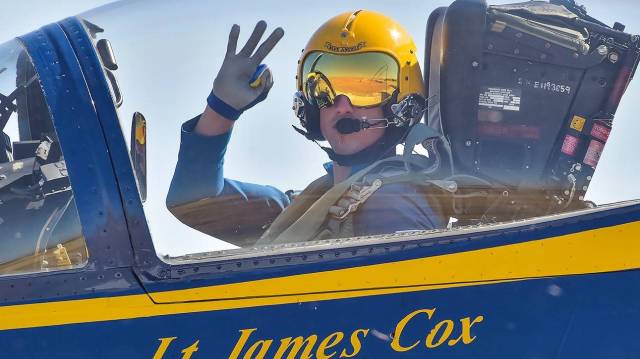 Colman Park
Located adjacent to Mount Baker Park, this lush, grassy waterfront area offers an amazing view of Lake Washington and a stellar place to picnic with the crew while you do some plane watching. Spend some time wandering the walking trails, community garden and score some ice cream before the show.

Pritchard Island Beach
Tucked quietly away in the Rainier Beach area of Lake Washington is a little grassy beach that boasts of panoramic views of Seward Park and Mercer Island. Here kids can splash around in the water, cannonball from the low or high diving boards and enjoy the show away from the noise and glitz of the big festivities.

Aubrey Davis Park – Mercer Island
Formerly called Park on the Lid, this huge green space, located just off of the I-90 bridge, offers an abundance of room to watch a stellar show with spectacular views of Lake Washington, the Olympics and Seattle’s skyline as the backdrop. The park also offers two softball fields, two playgrounds and trails throughout the park, giving everyone plenty of room to run around, throw a Frisbee or park for a bite to eat.

Groveland Beach Park Beach – Mercer Island
This hidden gem is located in a residential neighborhood on the west shore of Mercer Island and offers a guarded, sandy beach and playground to hang with your flight crew during the show. Keep in mind that you will have to walk down a steep, paved path to get to the beach. Although not a direct vantage point for the demonstration, this area does offer a less crowded alternative for plane gazing.

Medina Beach Park
Keep ‘em cool at this gorgeous lakefront park with a sweet panorama of Lake Washington with Seattle, plus Mount Rainier in the background. Bring along those shovels and buckets and let the kids play in the sand, or splash around in the water while scoring one of the best views around for watching the Blues. 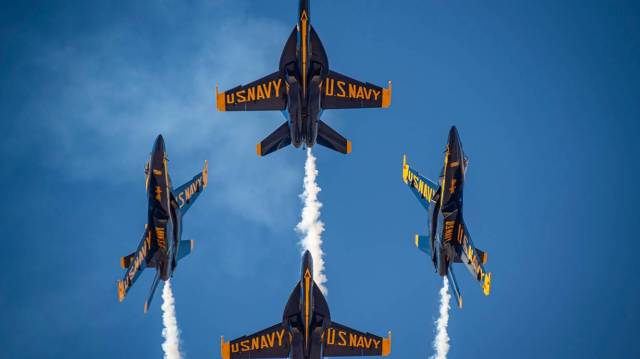 Chism Beach Park
It will be planes galore at this scenic Bellevue neighborhood park with its lakefront sandy beach, and sloping grass lawn, and the perfect place for your crew to convene for an afternoon airshow. With its play structure built right on the beach, tots can easily maneuver from water-play, to playground, to sand digging without missing a moment of all the high-flying action.

Meydenbauer Bay Park
Nearly walking distance from downtown Bellevue, this newly remodeled beach park will give you enough of a view, and plenty of activities to keep the chitlins busy both before and after the show. Take advantage of the quarter-mile of Lake Washington waterfront, beautiful swimming beach and swimming platform, plus a 400-foot-long curved pedestrian pier that extends into the lake, a hand-carry boat launch, paved walkways, picnic areas and a fantastic playground. The park also features a hilltop overlook with gorgeous views of Seattle, a new beach house with restrooms, changing rooms and boat rentals (think: canoes, kayaks and stand-up paddle boards) and a lifeguard station.