Since the 50s, little daredevils have taken to the sport of sidewalk surfing. And though the design of the board has changed over the years, the thrill of landing a 1080 has not. If practicing on homemade ramps in the driveway is no longer cutting it, we’ve rounded up our area’s best skate parks. From parks with ramps and ledges to ones with half-pipes and stairs, your tyke will be mastering some sick tricks in no time and you may just find a killer new hangout. 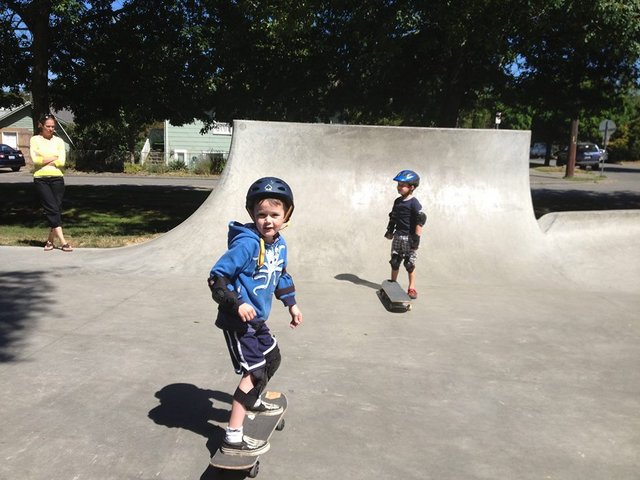 Seattle Center
Known as “Seask8” to local skaters, this 10,000 square foot skate park has ledges, stairs, and transitions for all skill levels. Even if your cruiser isn’t comfortable showing off their kickflips, they can sit on the sidelines and watch the older crowd perform some killer moves. Bonus: With so much to do at the Seattle Center you can make a day of it. Check out the International Fountain and the Seattle Children’s Museum or grab a bite to eat at the Armory. 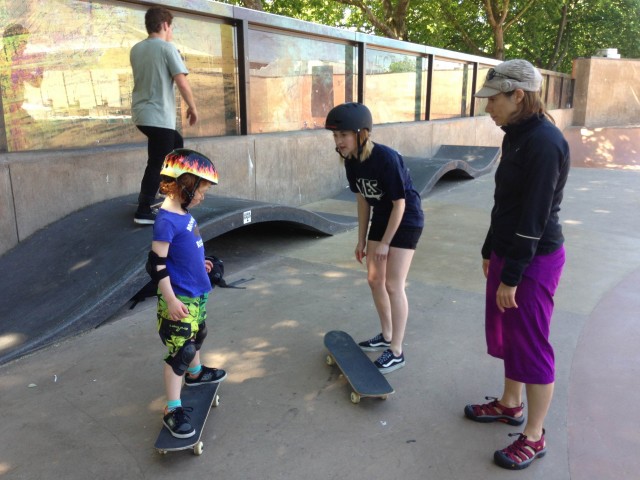 Ballard Commons Park
Located across the street from the Ballard library and a block from the main Ballard drag, this park offers a huge skate bowl, fit for riders of all abilities. With plenty of grass and benches, all you have to do is pick a spot and cheer from the sidelines. When your little skater gets tired, let the skills and tricks of the older crowd entertain you. 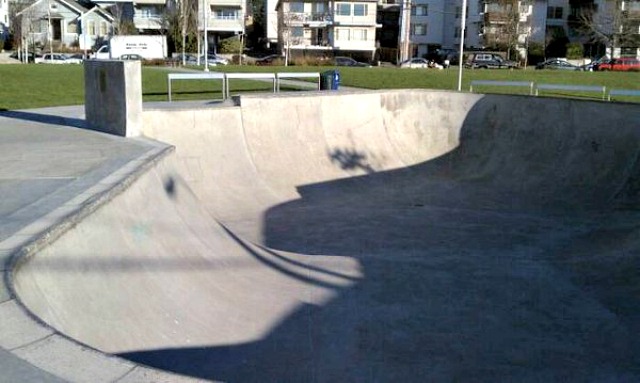 Lower Woodland Park
With 9 separate skate areas, your little boarders are sure to find something that strikes their fancy. If they are still learning the basics, the 4-sided clover bowl is an awesome place to start. There are no scooters or bikes allowed on the track, but there are several dirt jumps located right next to the park. Hint: The skate park can be a bit hard to locate, so just look for the tennis courts and baseball fields and you’ll run right into it. 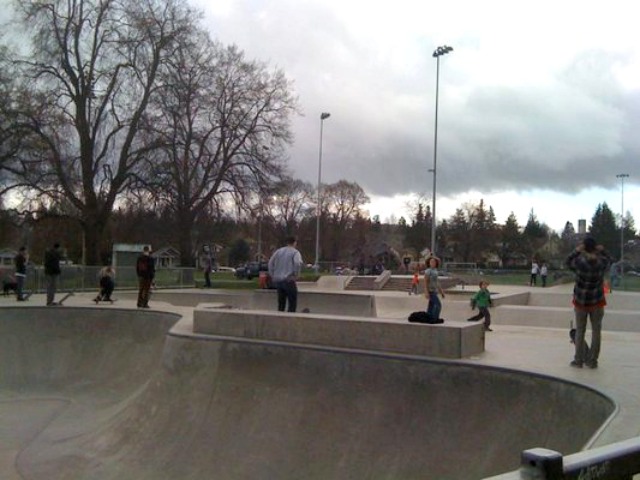 photo: Will P. via Yelp

Jefferson Park
You really can’t go wrong at a park that offers a huge skate park with twists and turns, perfect for the Littles to work on their nosegrinds and fakies. In addition to this super fly skatepark, the park boasts a playground suitable for the small and big crowd, two ziplines, two long slides, and a view of the city to boot. Pack a lunch and plan on staying for the afternoon. 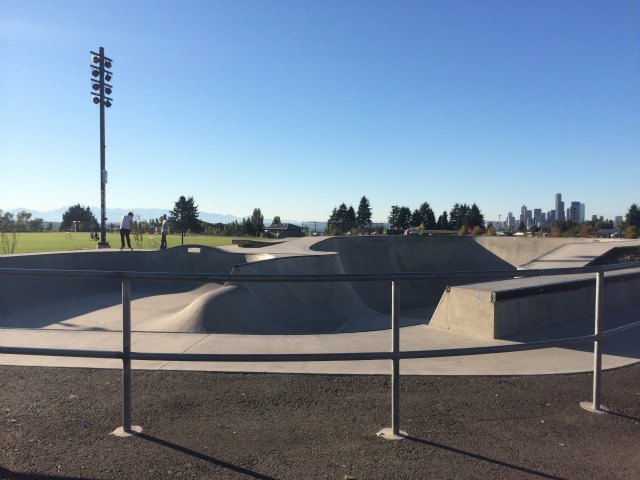 Delridge Playfield
This sweet skate park, located in West Seattle, has a skating bowl that’s worth the trip. Aspiring skaters can sit along the edge and watch some radical moves, after trying some of their own. After skating, take a break at the playground or pack a lunch and enjoy a bite to eat before you do some more grinding and carving. 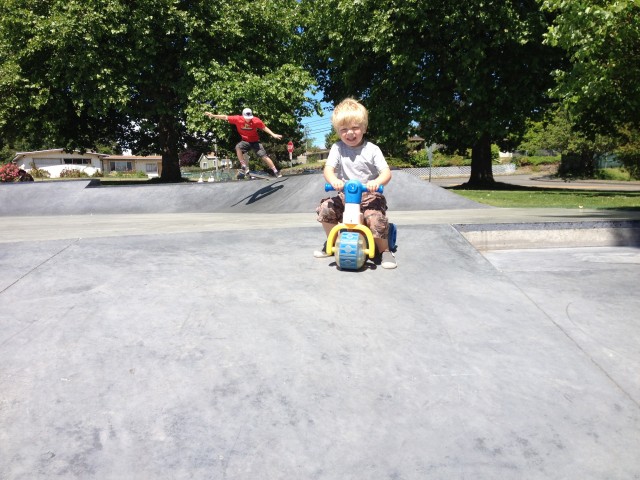 Judkins Park & Playfield
Located in Rainier Valley, this skate park offers plenty of grassy areas and even a nicely paved trail for your kiddos to ride if they get tired of the ramps and ravines. The skate park is located in the South portion of the park. To get there, simply turn west off 23rd S. at Day St. 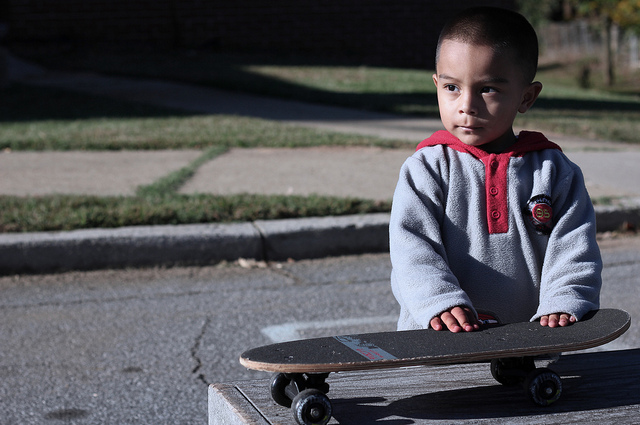 Paramount School Park
A skate park, swings, two playgrounds, covered picnic tables, and a paved track circling the park will make for a day packed full of fun at Paramount School Park. This park also offers adult-sized fitness equipment so you can work on your pecs while your skater carves and grinds his way around the park. With all these amenities, it’s easy to see why this park is a Seattle fave! 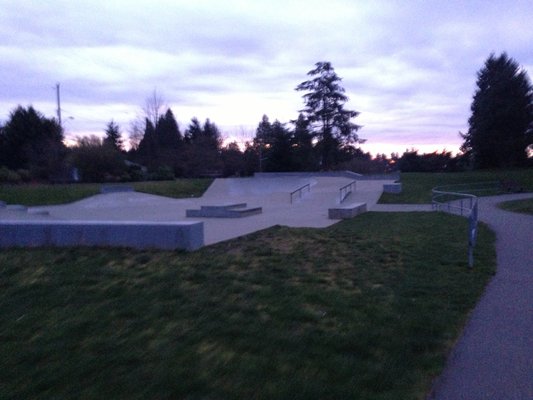 Roxhill Park
Roxhill Park (aka Castle Park) received a new skate park last year and it’s definitely worth mentioning since it’s perfect for little ones just learning how to ride. There are smaller ramps for newbies and larger more intense ramps for pros. Bring your scooter along to mix things up. Once your skater grows tired of riding, head to the playground complete with swings, a climbing feature, a sandbox, and a castle playground. Bonus: There is plenty of parking and shade, two wins in our book! 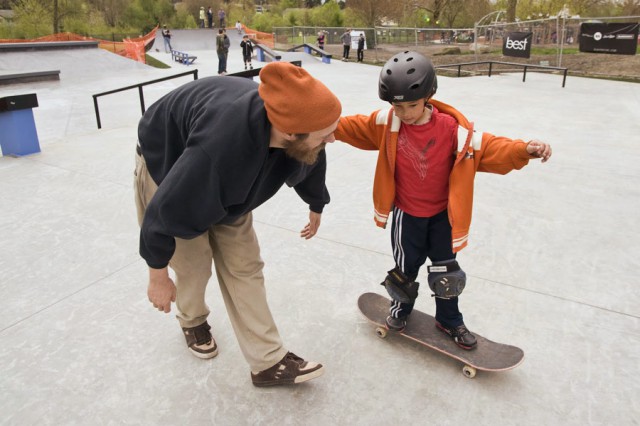 Peter Kirk Skatepark
If you’re looking for a one-stop park that really has everything, look no further than Peter Kirk Park. The Park Place Shopping Center is nearby, along with the Kirkland Library, and Kirkland Community Center. The playfield itself has a playground and swimming pool, but it’s the state-of-the-art skate park with ample space that keeps little daredevils coming back to perfect their alley-oops and 360 kickflips. 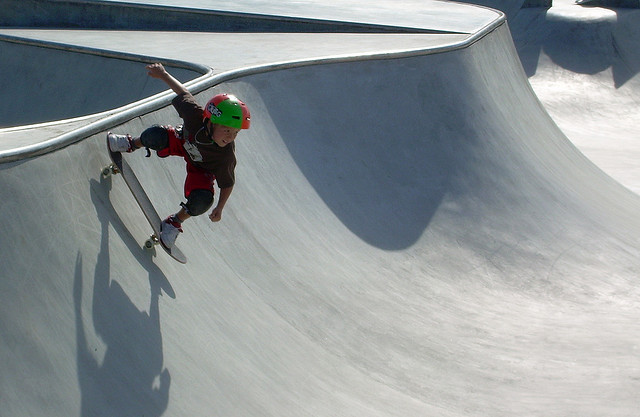 The Edge Skate Park
This skate park has all the ramps and rails bound to please any skate pro. If you have a little one who would rather scoot than board, bring the scooter along because there’s plenty of space for that too. This park is sure to provide hours of entertainment for your little Tony Hawk or Lyn-Z Pastrana wannabes. Psst! Don’t miss the graffiti wall, it’s city approved and welcomed. 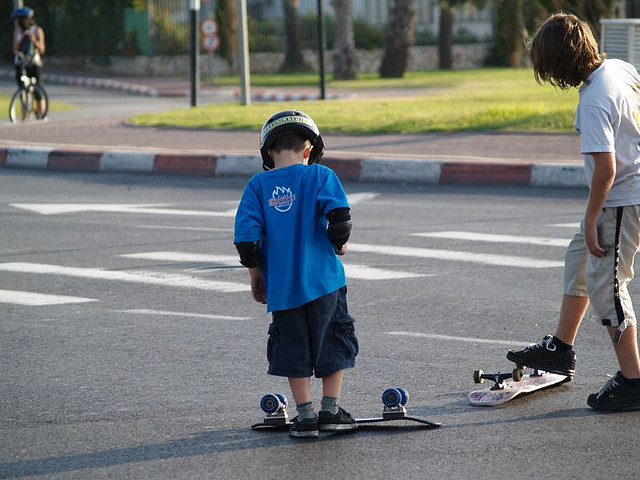 Liberty Park
Your kids will be stoked to try out this course! Renton’s skate park offers skateboarders of all ages an ideal skate area full of quarter pipes, half pipes and bowls, plus skateable artwork which is not only cool to look at, but even better to skate on. The park is full of what skaters call whoop-de-doos (or hump-like ramps to us non-skaters). Don’t forget helmets and knee pads and of course, all your best sick tricks. 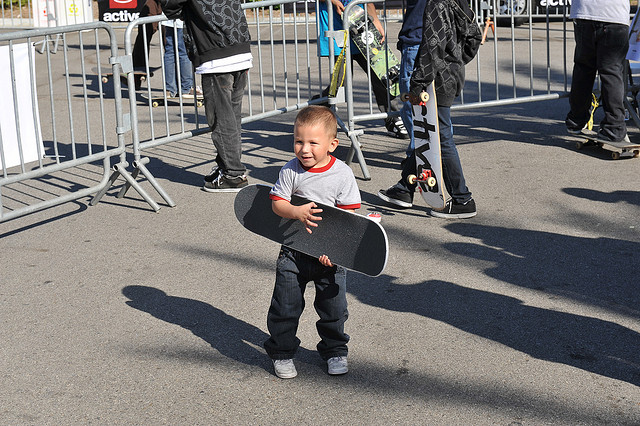 Do you have a budding skater in your house? Which skate parks are your family’s favorite? Let us know in the Comments below.