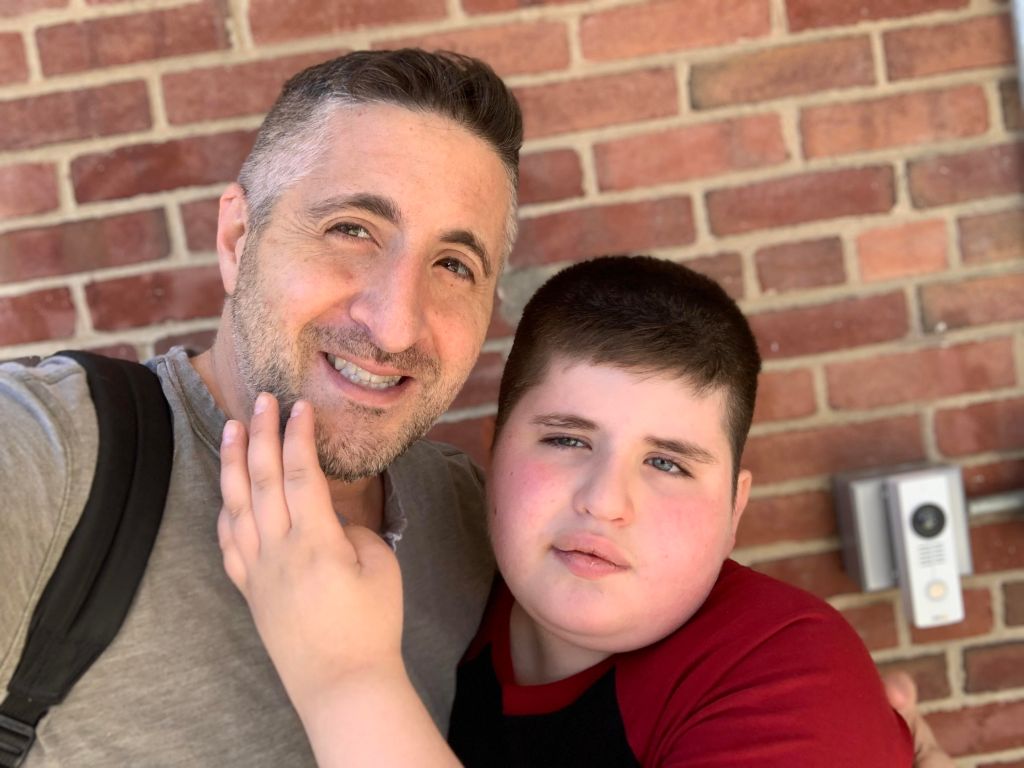 It’s not that different. I know it seems that way from an outside eye, but it’s not. Raising a non-verbal child with autism may appear abnormal to others. In our house, though, it’s the most normal thing in the world.

I get it. There was once a time when I was raising my daughter and my son hadn’t yet entered my life. I know how I saw families raising similar children to the boy who would eventually join us. I remember pity and misunderstanding. In my mind, those in the position that I would unknowingly one day be in myself had been doomed to an incredibly difficult life.

When Lucas was born and eventually diagnosed, that incredibly difficult life never materialized. Sure, raising my non-verbal son is hard at times. Then again, raising my very-verbal daughter is hard at times. If you’re a parent to any child, on or off the spectrum, feeling that another parent has it hard and you don’t is a big assumption. To be completely frank, if you’re a parent and you don’t think that it veers into difficult territory now and again, you’re doing it wrong.

There are so many reasons why having a special needs child in my home isn’t some daily cause of depression. For starters, he’s great. My kid is great. He’s sweet and kind without any overly selfish or aggressive tendencies. Ironically, I credit a lot of that to his autism. His loves and enjoyments are for his own satisfaction. He doesn’t get joy in insulting others or fighting for his own things. He just goes with the flow. After Autism Awareness comes Autism Acceptance. In our house, we’re up to Autism Appreciation.

Then there’s the fact that normal is as normal does. This has always been our life and, to us, it’s normal. We have long searched for ways to better communicate with him. Thanks to picture boards and communication devices, we’ve been able to. I know when he wants pizza. I know when he wants to watch Raffi. We’ve unlocked many of the same doors parents with neurotypical children opened. It just took us a bit longer and the doors we found were partially hidden.

If he returns home after a long day of school and the television goes on with his favorite show, he begins cheering. Clapping and yelping with delight, my ten-year-old little man dances around the den; sporadically stopping to tap my chest with an expression that says, “Yo! Look! My show is on!” It’s adorable.

It’s also exactly what I want to do when, after a long day, I return home and my favorite show comes on. Who doesn’t want to jump around cheering? Who doesn’t want to tap everyone in the room so they see? In many ways, this action is exactly the one I, and many others, would take if it wasn’t for these darn social walls many of us have built since childhood.

He repeats sounds and movements that he enjoys. They call this “stimming.” We all do that too. In the case of many, that stim is a song “stuck in your head” or funny sounding name. We click our pens and tap our fingers. People stim. So does my son. It ain’t no big thing.

Sure, there are some things he does that aren’t connected to me but, as paradoxical as that sounds, that’s actually another similarity. All of us have unique characteristics that no one else in our vicinity can share. We have quirks, habits, and personality traits that are one in a million. He does and I’d like to hope I do. We’re all special. Mr. Rogers said so.