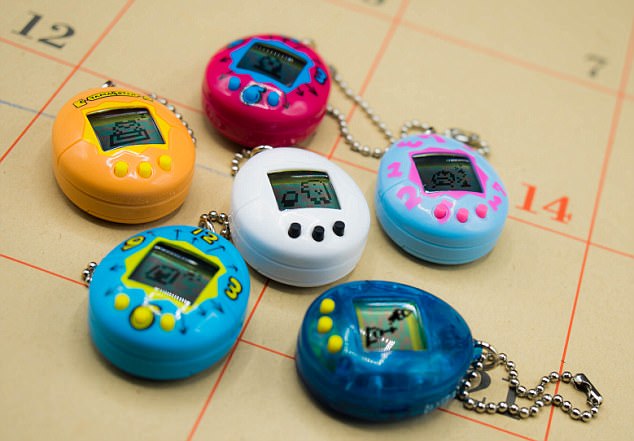 November 5 marks the 20-year anniversary of the fateful day the world was introduced to the virtual pet. If you had one as a kid and that number makes you feel old, here’s some news to help you feel a little better: Tamagotchis are being re-released so you can pass on your love of these living eggs to your own kids.

Bandai will be releasing a limited run of its classic Tamagotchi to celebrate the 20th anniversary of the most famous non-live pet since the pet rock. The limited series will be sold for $14.99 starting November 5 and will be available in six classic models. Other than being slightly smaller in size, the egg-shaped device should be pretty much identical to the one you lovingly carried around in the ’90s, with a pixelated LCD screen. “For many Generation X kids, the Tamagotchi device can be considered Amerca’s first and favorite digital pet,” says Tara Badie, marketing director for Bandai America. “The enduring power of Tamagotchi is its clear expression that nurturing and love never goes out of style. It’s such an honor to bring back one of the most beloved toys in a way that captures the magic and joy of a generation while embracing the sensibilities of new generations.”

No word yet on where exactly you’ll be able to score your very own pixelated pet, but you’ll want to keep your eyes peeled on all the usual toy spots in November as they are sure to go quickly.

Did you have a Tamagotchi when you were a kid? Share your memories in the comments below.