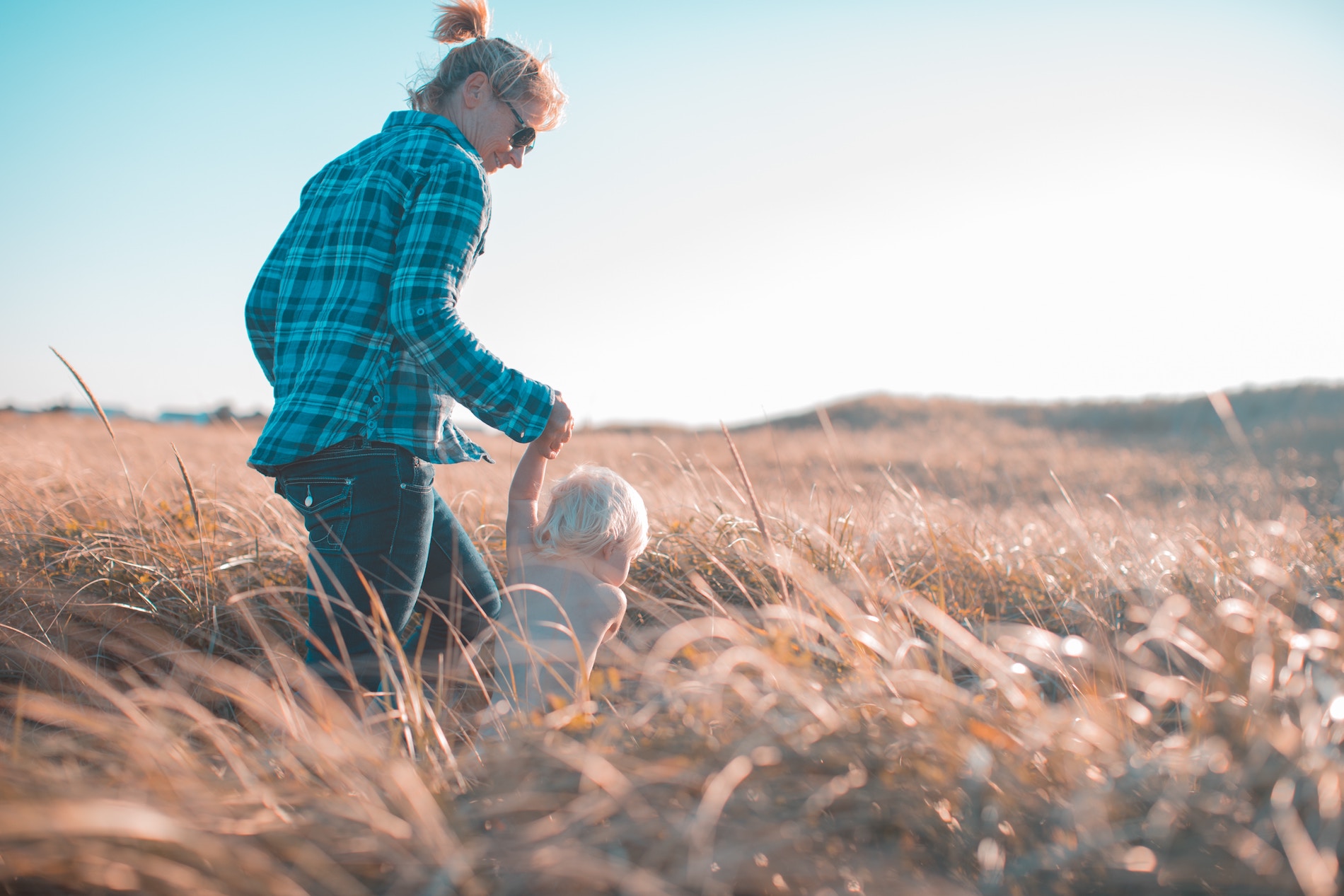 It was our first big trip as a family of four and we’d planned it for months. Our son had just turned nine months old and we finally felt comfortable lugging around a Pack ‘n Play and setting up shop at a Comfort Inn. We’d just arrived at Myrtle Beach the night before, and all of us had fallen into bed exhausted around midnight.

I looked down at my baby lying beside me in the hotel bed. My nightgown strap was down and he was searching desperately for milk—but none was coming. His lips puckered and his tongue grabbed but it was futile. He was just gnawing at bare skin and we were both frustrated to the point of tears.

I remember it was so early. The room heater was buzzing and my daughter and husband were both snoring. But my son and I were wide awake and hungry. We stayed there for a few more minutes until I couldn’t take it anymore. I woke everyone up and declared we had to get out. This wasn’t how I wanted the first morning to go. Instead of walking on the beach or eating breakfast at a sweet little seaside diner, I found myself in the baby section of Wal-Mart at seven in the morning.

I’d never bought formula, never even considered it—not because I thought it was inferior, but because I didn’t think I needed it.

This isn’t a story about breast versus bottle. It’s about expectations and breaking them.

I expected to breastfeed for a year. I expected to travel to the coast with two kids and zero problems. I expected that as a mom, I’d somehow know all the answers, and the solution to every problem long before it was asked. The thing is, I didn’t—and I still don’t.

I breastfed my daughter for 12 easy months but this time around was different. My son ate like a sumo wrestler at first but lately, I’d noticed my supply was different: thinner, waterier. And he was different, too: fussier, smaller.

I left my husband and babies in the car and walked into the store. It was cold and damp, the kind of early spring chill that’s worst in the morning but gets muggy by noon.

I woke up my friends back home and asked for formula recommendations. I searched online for reviews and scanned Amazon feedback ratings. I didn’t even know organic baby formula was a thing until that morning. I ended up buying the pre-made liquid kind because it was early and I was such a beginner and I didn’t want to mix (or mess) anything up. I bought bottles for the first time, spending way too long in the nipple section. Thirty minutes and $70 later, I walked back to the car with an armload.

I was proud of myself and kept repeating, “Fed is best” in my head.

We drove straight back to the hotel room, where I made the bottle. I cradled my son in my arms and put it to his lips. He sternly refused, politely at first. He pressed his lips together and swatted it away. Then, he started to wail and I followed suit. We tried again and again with the bottle until he finally caught on, chugging it like a frat boy.

With the crisis averted, we decided to come back home. I don’t know why, but it seemed the right thing to do in the moment: We canceled the Airbnb we’d scheduled for later in the week, got a refund for the rest of our hotel stay, packed up our suitcases and got out of dodge.

I drove everyone home in the pitch dark. I listened to Lori McKenna on repeat, the volume turned down until it was just barely audible. At one point, I looked in the rearview mirror at my sleeping children and felt the kind of love that has no word.

One of the most beautiful and blessed things about motherhood is that it’s an unfolding journey. Around every bend, there’s a chance to grow, to learn, and to be made different. Something changed in me when I made that first bottle. I’d felt it before, though.

When I was 10, I rode my first roller coaster. We were at Disney World in July and it was so hot we had to throw away my Nikes when we got home because of the sweat. I got in beside my mom and squeezed her hand. I expected the fear and anticipated the nerves. We took off with a jolt—I’ll never in my life forget what can only be described as complete terror racing through my little body. But around the halfway mark, something shifted.

I let go of my death grip just a little and opened my eyes. I saw my mom laughing and heard Aerosmith blaring. I felt the rush, the stomach-weakening drops and loved every single second of it.

I had to let go just a little to realize the thrill of the ride. I had to push aside my expectations and open my eyes and tackle the fear head-on. I learned that we can stay comfortable in the dark—but nothing good grows there.

There’s a reason roller coasters aren’t linear. When you’re safely strapped in, the ups and downs are thrilling. It’s those real-life curves that get us every time. The re-routes and the reversals, the setbacks and switchbacks.

Try to control it, and you’ll drive yourself insane. Life has a particularly intense way of letting us know when it’s time to change course.

It took a really hungry baby, an insistent husband and some really kind and patient Wal-Mart employees to convince me to surrender the familiar.

And when I did? I didn’t crash and burn.

I soared. And we were full. 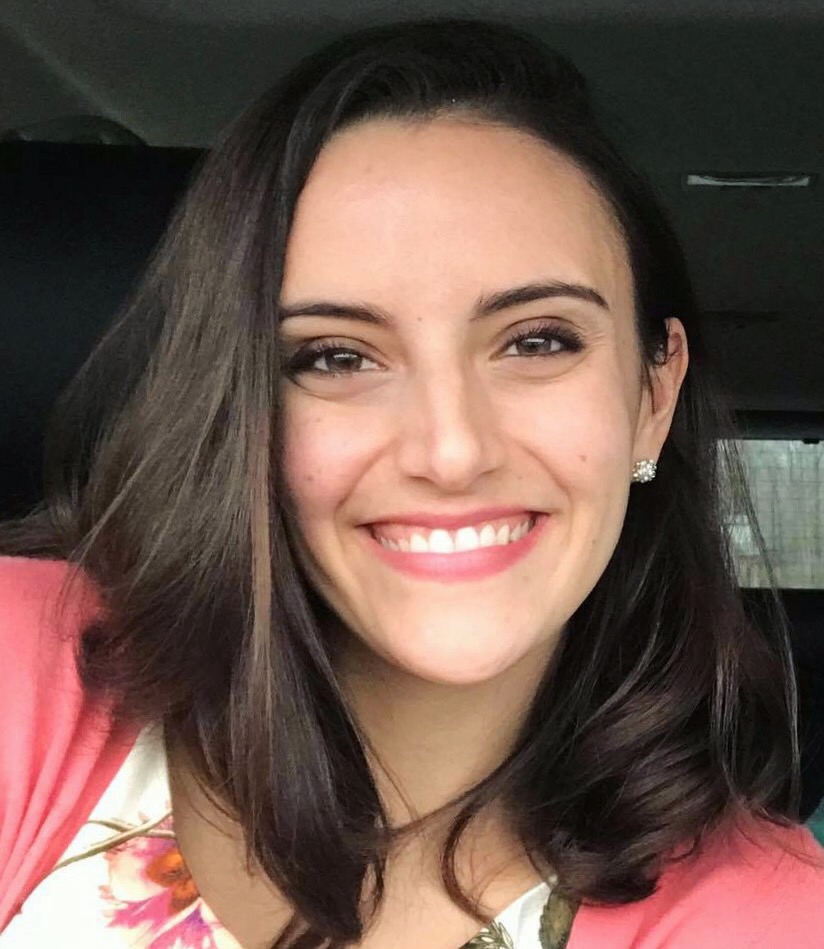