Coming up with a unique way to take monthly milestone pictures of your baby can be a challenge. Some parents use letter boards or adorable throws. One Maryland mother came up with a creative and incredibly cheesy way to keep track of her baby’s growth and it went viral. 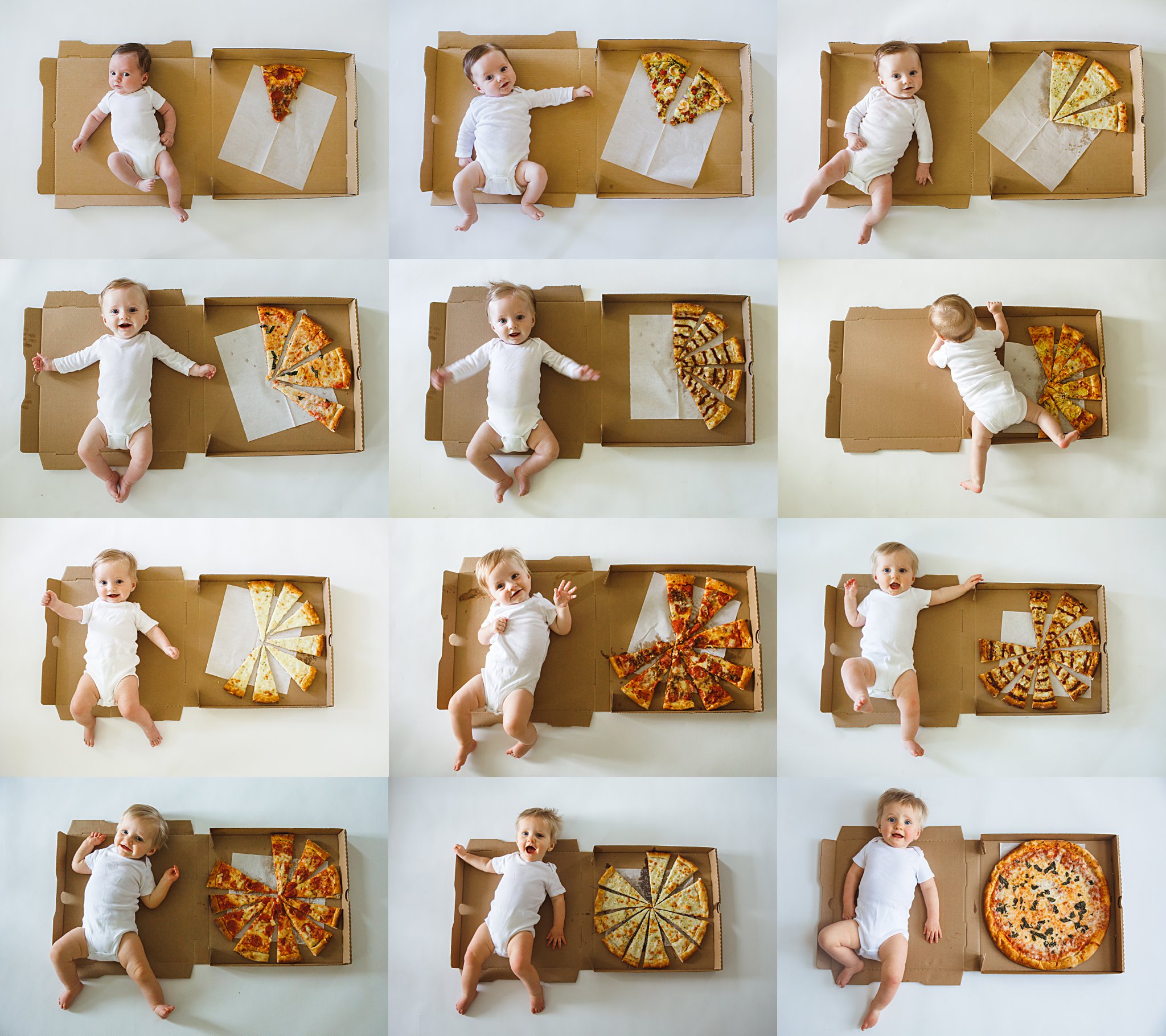 Dani Giannandrea, a Maryland-area wedding photographer, took the social media world by storm when she posted Lorenzo’s (Enzo) first year calendar pictures. Instead of posing Enzo next to a sign depicting his age, she used slices of pizza to mark his growth.

As each month passed, Giannandrea added one more slice. When asked why she chose pizza, she said, “When brainstorming with my mom, Lorenzo’s Grammy, she said that I really should do something Italian as an ode to his name. I had tossed around a few ideas but ultimately decided if we were going to do this right, we may as well also get dinner out of it each month.”

When Enzo turned two, it was only fitting that they mark his birthday with pizza. Giannandrea jokes that she’s glad Enzo isn’t lactose intolerant since they plan to keep up the photo shoots every year. She said, “It will be cute for a few more years, then awkward, and then hysterical. Already contemplating the purchase of a drone to get him with 18 pizzas.” 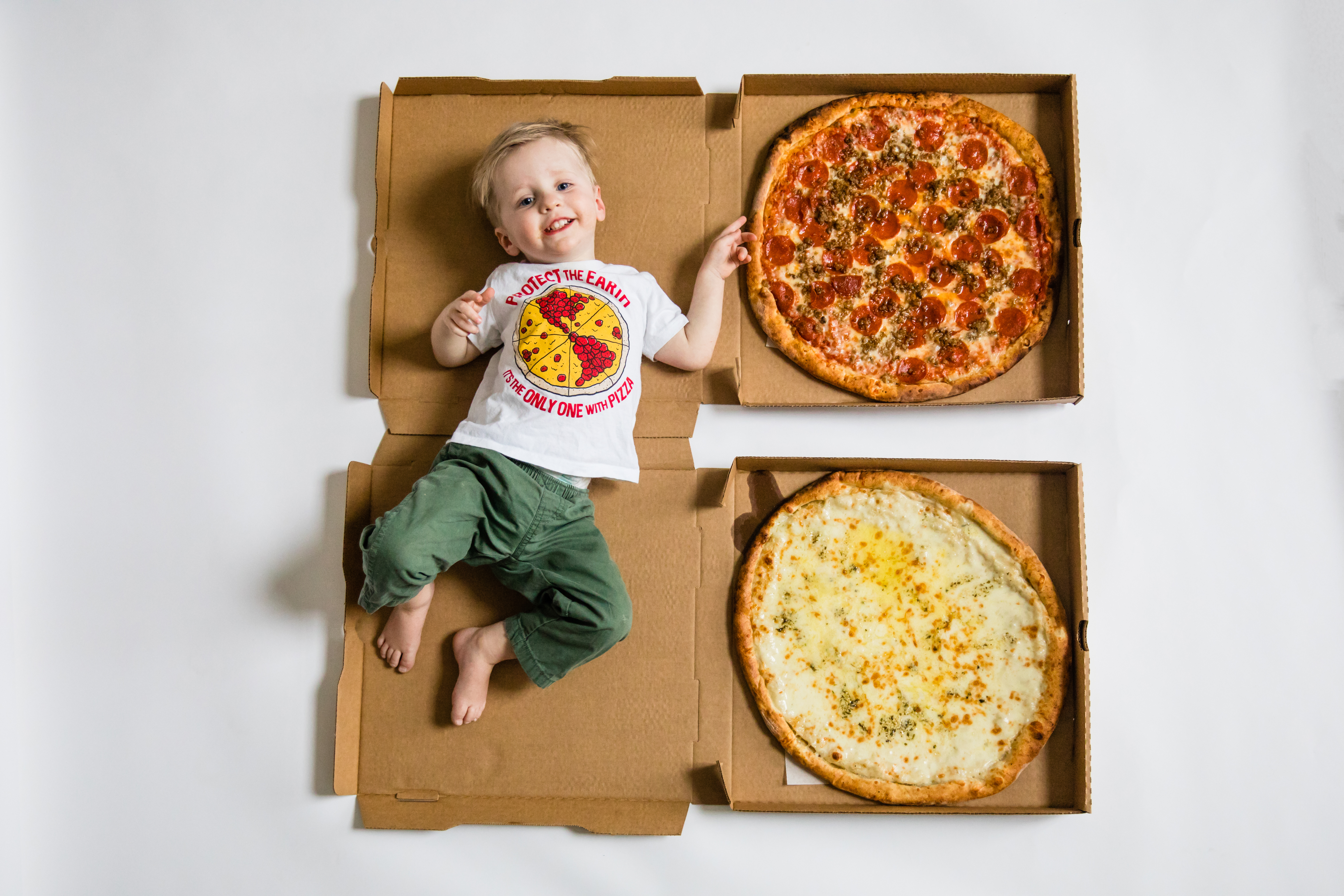 Giannadrea adds that Instagram makes motherhood look easy, but she acknowledges how hard it really is. She loves seeing other moms post photos of their completed baby photos projects, from pizza babies to burger babies. One mom even used a dozen eggs! 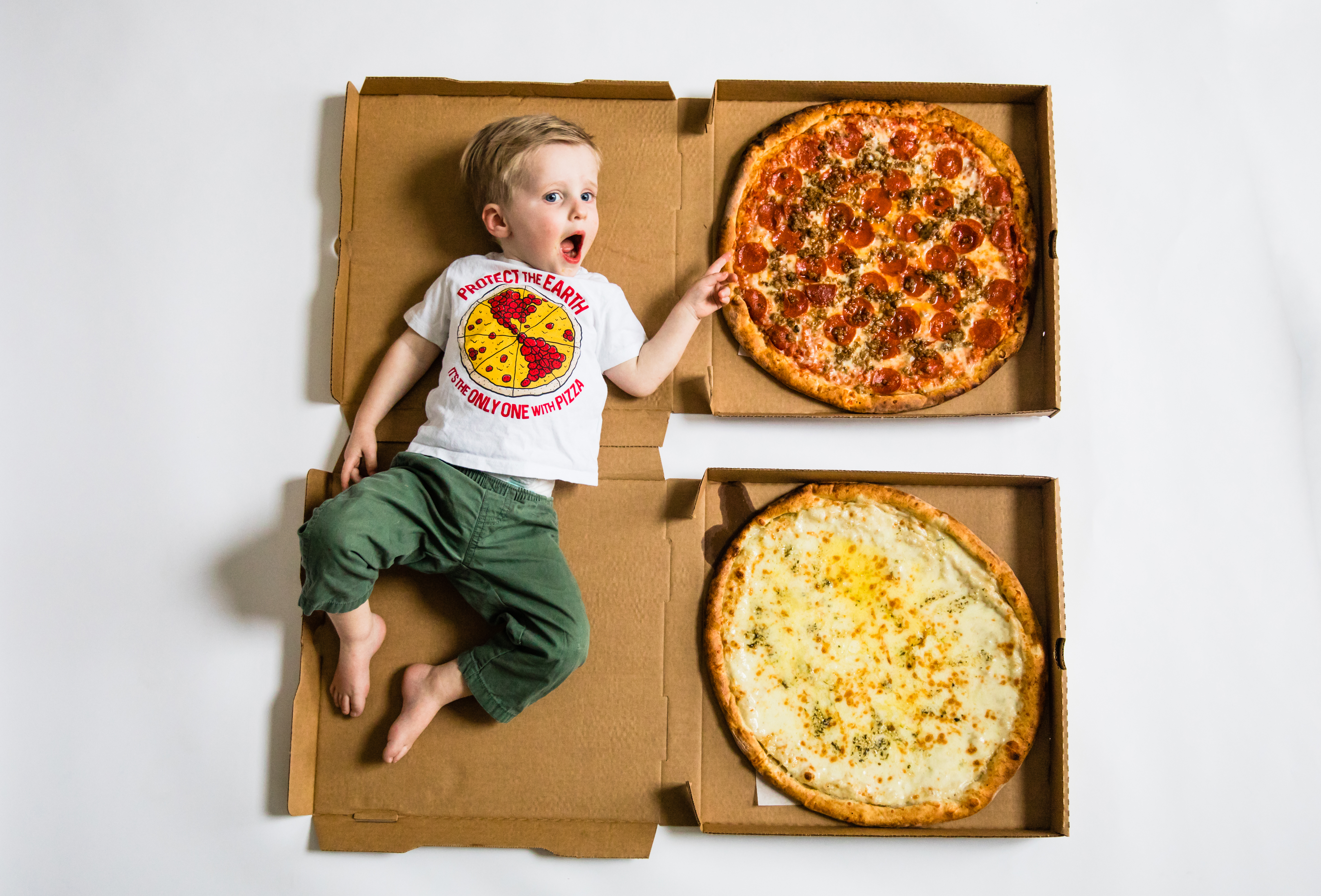 She said, “ I know the commitment it takes to stick to a project and how complicated it is to get a wiggly baby to sit still for 30 seconds to get just one photo. So it is heartwarming to see moms who stuck it out and now have their own baby next to their favorite food.”

This Baby’s Monthly Milestone Photos Are Nothing Short of Genius