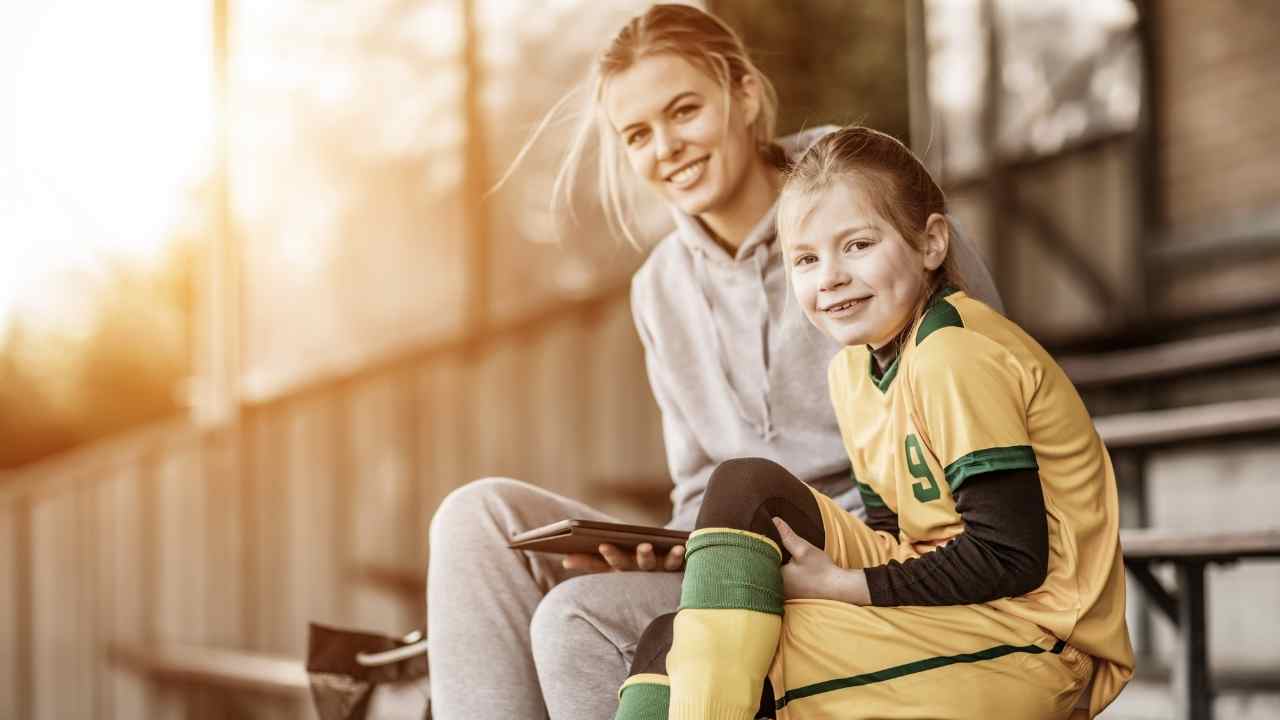 As a kid, Mary Matthews only played soccer for a few years. But when her daughter’s soccer team needed a coach, Matthews stepped up. “I just absolutely fell in love with it.” she says. That was a decade ago. She’s since started Omaha Street Soccer, a nonprofit that brings soccer to kids in North Omaha.

Matthews’ story is unique, not because she took an extra leap in founding OSS, but because she is a woman. Youth sport—and all other levels of sport—is disproportionally coached by men, despite the growing number of female participants. “Participation has gone up, but women coaches have gone down,” says Dr. Nicol LaVoi, director of The Tucker Center for Research on Girls & Women in Sport.

If more girls than ever are playing sports, does it matter who’s coaching?

It really does, says LaVoi. And it transcends sports. “Seeing women as coaches helps counter outdated gender stereotypes about women in leadership,” she says.

Betsy Jacketti, recreational director of Mandeville Soccer Club in Louisiana, agrees. “It’s very valuable for the girl youth player to have female role models,” she says. Women who coach model leadership roles for girls and provide valuable insight from a female perspective. The list of benefits goes on.

So how do we increase the number of women in coaching roles? LaVoi, Jacketti and Matthews shared some ideas on where to start.

A general call for coaches doesn’t cut it. “Most of the calls are not inclusive enough,” says LaVoi. “Coaching is such a male-dominated space that a lot of women don’t think that means them.” Specifically, ask moms to coach—and point out that coaching is a great way to be a role model for young women. It’s also a way to volunteer within the community. “Men’s philanthropy tends to be around giving money while women’s tends to be around giving time and talent,” says LaVoi.

And best of all, if you can parent, you can coach. The skills carry over. “Planning, management, communication, organization, teaching, scheduling and interpersonal and relational expertise are all aspects of parenting that easily transfer to coaching.”

In most families today, women who work full-time also manage the childcare duties at home. “Coaching seems like a third shift,” says LaVoi.

LaVoi recommends that rec directors encourage co-coaching. Having two coaches can provide more flexibility and allows for a more accessible commitment. Letting coaches pick a practice day and time that works for them and their childcare needs is another way to make coaching easier for moms.

It also helps  to rally the proverbial village. “Having a supportive cast, no matter who that is in your life” makes it easier, says Matthews. Older siblings could watch younger children during practices. Call in a favor from grandparents or friends. It’s a worthy cause.

Just like women-only gyms, coaching clinics for women help them feel more safe and supported. “I think by nature women want to do things well and don’t want to mess up and are apprehensive to step into that role,” says Jacketti. It can be daunting to ask a question in a room full of male coaches as the only woman.

Jacketti makes sure her women coaches know they will have the resources they need. “We want to make it an environment where the coaches feel comfortable and have education and support to be able to get on the field and not feel lost,” she says. Mentorship programs where new coaches are paired up with seasoned ones are also effective.

The Tucker Center has loads of data on women in coaching. Their Game ON: Women Can Coach Toolkit is a great resource for anyone who wants to make changes on the field.

—Sue Pierce is a writer for MOJO.

RELATED:
What to Say to Your Kids on the Car Ride Home
5 Reasons Why You Want Your Kids to Lose
How Your Kid Really Wants You to Behave on the Sidelines