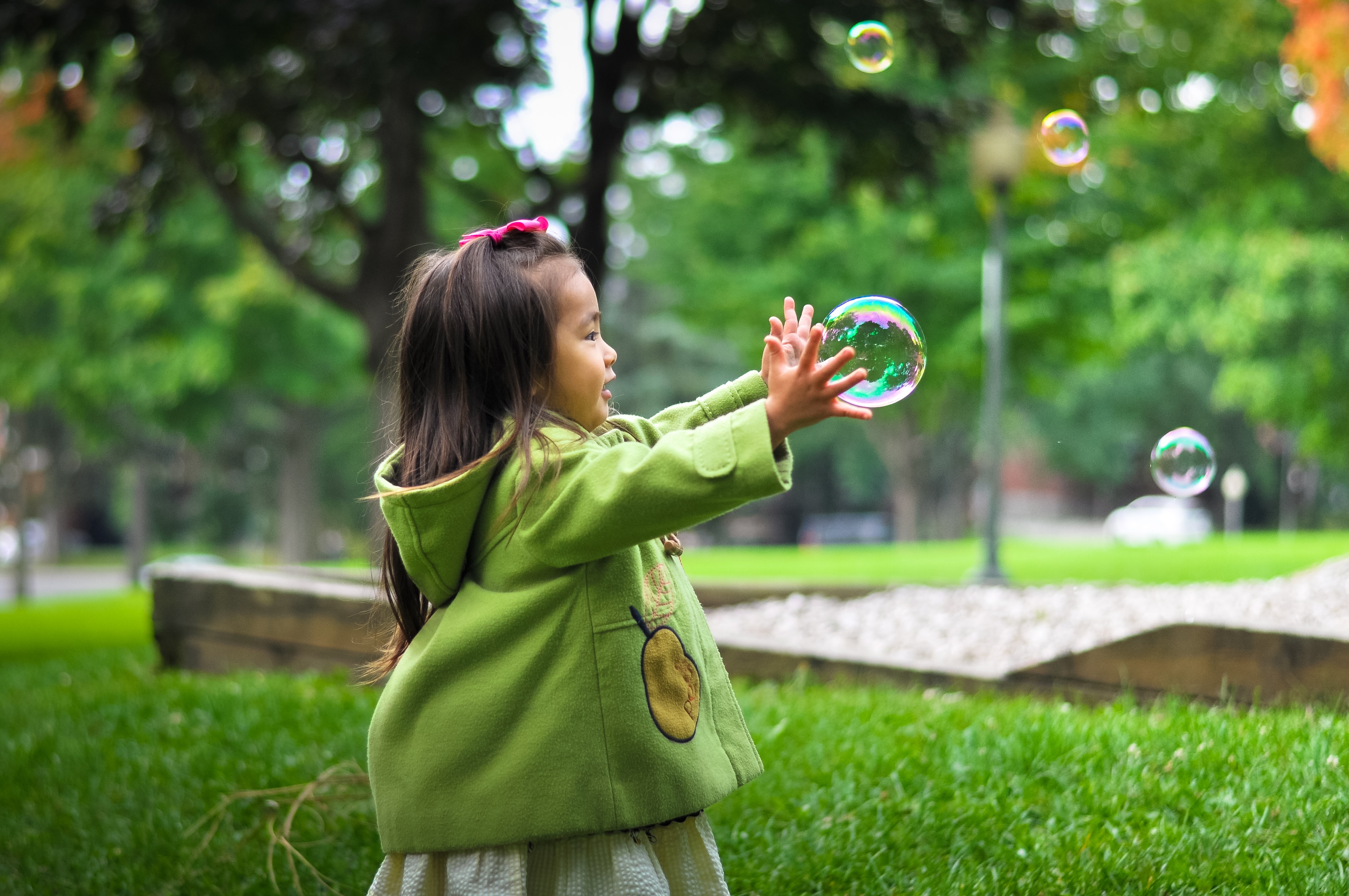 I was on a parenting bulletin board recently and read a post by a mother who was worried that her 4 1/2-year-old did not know enough. “What should a 4-year-old know?” she asked.

Most of the answers left me not only saddened but pretty soundly annoyed. One mom posted a laundry list of all of the things her son knew. Counting to 100, planets, how to write his first and last name, and on and on. Others chimed in with how much more their children already knew, some who were only three. A few posted URLs to lists of what each age should know. The fewest yet said that each child develops at his own pace and not to worry.

It bothered me greatly to see these mothers responding to a worried mom by adding to her concern, with lists of all the things their children could do that hers couldn’t. We are such a competitive culture that even our preschoolers have become trophies and bragging rights. Childhood shouldn’t be a race.

So here, I offer my list of what a 4-year-old should know:

1. She should know that she is loved wholly and unconditionally, all of the time.

4. He should know his own interests and be encouraged to follow them. If he couldn’t care less about learning his numbers, his parents should realize he’ll learn them accidentally soon enough and let him immerse himself instead in rocket ships, drawing, dinosaurs or playing in the mud. 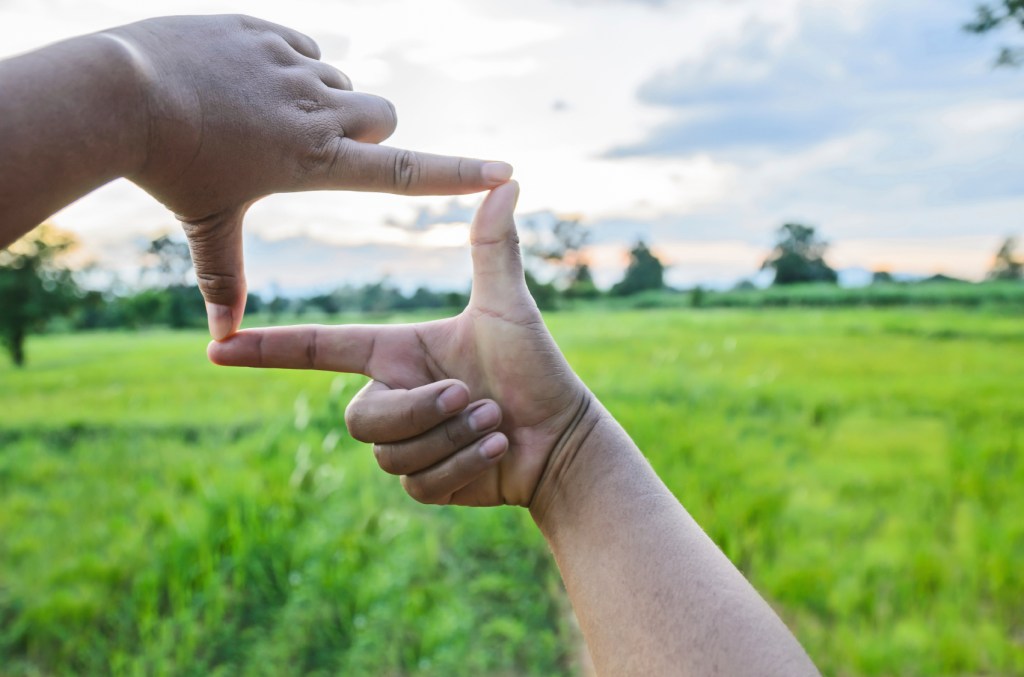 But more important, here’s what parents need to know:

1. That every child learns to walk, talk, read and do algebra at his own pace and that it will have no bearing on how well he walks, talks, reads or does algebra.

2. That the single biggest predictor of high academic achievement and high ACT scores is reading to children. Not flash cards, not workbooks, not fancy preschools, not blinking toys or computers, but mom or dad taking the time every day or night (or both!) to sit and read them wonderful books.

3. That being the smartest or most accomplished kid in class has never had any bearing on being the happiest. We are so caught up in trying to give our children “advantages” that we’re giving them lives as multi-tasked and stressful as ours. One of the biggest advantages we can give our children is a simple, carefree childhood.

4. That our children deserve to be surrounded by books, nature, art supplies and the freedom to explore them. Most of us could get rid of 90% of our children’s toys and they wouldn’t be missed, but some things are important– building toys like legos and blocks, creative toys like all types of art materials (good stuff), musical instruments (real ones and multicultural ones), dress-up clothes and books, books, books. (Incidentally, much of this can be picked up quite cheaply at thrift shops.) They need to have the freedom to explore with these things too– to play with scoops of dried beans in the high chair (supervised, of course), to knead bread and make messes, to use paint and play dough and glitter at the kitchen table while we make supper even though it gets everywhere, to have a spot in the yard where it’s absolutely fine to dig up all the grass and make a mud pit.

5. That our children need more of us. We have become so good at saying that we need to take care of ourselves that some of us have used it as an excuse to have the rest of the world take care of our kids. Yes, we all need undisturbed baths, time with friends, sanity breaks and an occasional life outside of parenthood. But we live in a time when parenting magazines recommend trying to commit to 10 minutes a day with each child and scheduling one Saturday a month as family day. That’s not okay! Our children don’t need Nintendos, computers, after school activities, ballet lessons, playgroups, and soccer practice nearly as much as they need US. They need fathers who sit and listen to their days, mothers who join in and make crafts with them, parents who take the time to read them stories and act like idiots with them. They need us to take walks with them and not mind the .1 MPH pace of a toddler on a spring night. They deserve to help us make supper even though it takes twice as long and makes it twice as much work. They deserve to know that they’re a priority for us and that we truly love to be with them. 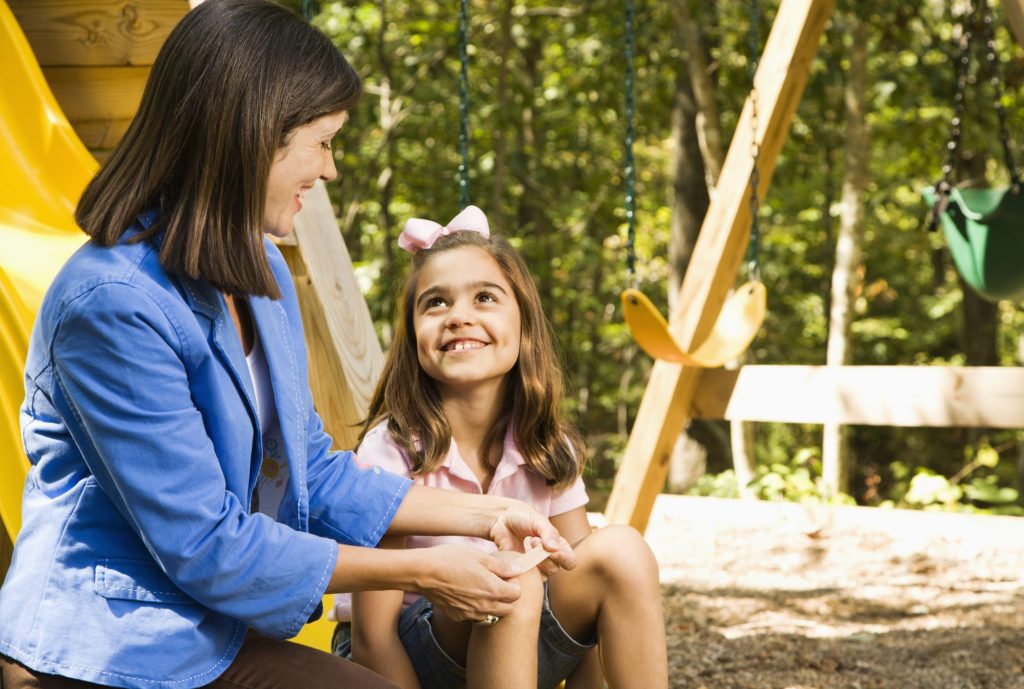 And now back to those 4-year-old skills lists…

I know it’s human nature to want to know how our children compare to others and to want to make sure we’re doing all we can for them. Here is a list of what children are typically taught or should know by the end of each year of school, starting with preschool.

Since we homeschool, I occasionally print out the lists and check to see if there’s anything glaringly absent in what my kids know. So far there hasn’t been, but I get ideas sometimes for subjects to think up games about or books to check out from the library. Whether you homeschool or not, the lists can be useful to see what kids typically learn each year and can be reassuring that they really are doing fine.

If there are areas where it seems your child is lacking, realize that it’s not an indication of failure for either you or your child. You just haven’t happened to cover that. Kids will learn whatever they’re exposed to, and the idea that they all need to know these 15 things at this precise age is rather silly. Still, if you want him to have those subjects covered then just work it into life and play with the subject and he’ll naturally pick it up. Count to 60 when you’re mixing a cake and he’ll pick up his numbers. Get fun books from the library about space or the alphabet. Experiment with everything from backyard snow to celery stalks in food coloring. It’ll all happen naturally, with much more fun and much less pressure.

What does a 4-year-old need?

Much less than we realize, and much more.

A lifest‌yle writer whose work can be seen in Red Tricycle, Money.com, Livestrong.com and Redbook. When she’s not checking out new events, museums, and restaurants to keep her and her kids entertained, she can be found wandering around flea markets and thrift stores looking for cool vintage finds.