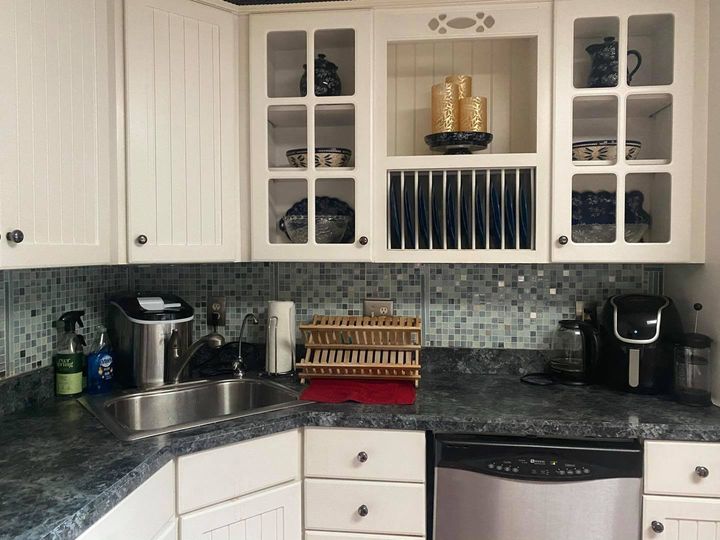 For some reason, I hate that term.

Maybe it’s because I don’t like labeling something as normal vs. abnormal. It feels too judgmental.

Maybe it’s because I don’t like change. Change is always hard and uncomfortable.

But, this is my life now—the new normal. Whether I like it or not.

After over a year of working primarily from home, my husband has returned to being in the office for most of his shifts. The other day was our first day where I was the only one home.

After over a year of me working fully remote from home, I’m still here—seeing all my patients via telehealth and teaching all my classes over Zoom.

But, after 13 months of family togetherness, I was alone.

No teacher’s voices could be heard on the computer through the doors of my children’s rooms.

No cheesy manager jokes from my husband could be heard as he led a zoom meeting from our dining room table.

No dog footsteps could be heard tip-tapping on the hardwood floors as they wandered the house looking for anyone who was free and could give them some attention. They were snuggled all cozy in their crates, probably enjoying the quiet opportunities to nap.

No dirty dishes were found in the sink as remnants of quick snack breaks between my kids’ classes or between my husband’s meetings.

No one was there to pass me in the hallway.

No one needed my help with getting into a Google Classroom meet.

No one was there at my kitchen island eating their lunch while I poured myself another cup of tea.

But this silence was different.

The house was silent and I realized just how lucky my family had been for the past year.

We stayed healthy and we enjoyed the forced togetherness.

The house was silent and I felt deep gratitude for the memories we had made as a family over the past year.

We adapted and grew and were able to be a part of each other’s lives in ways that never would have been possible without a pandemic.

And I missed the loudness.