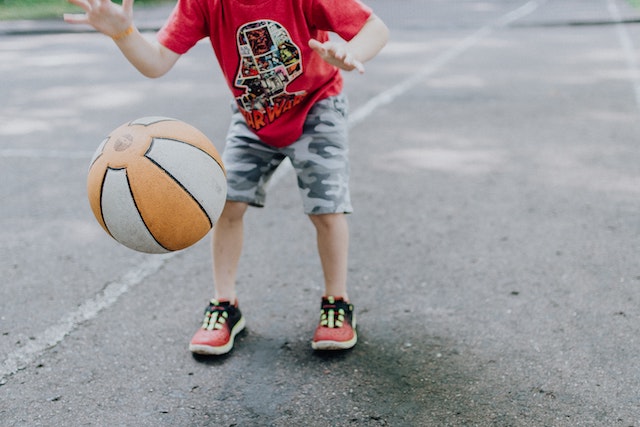 Shortly after an emergency C-section, I was informed that my newborn son had Down Syndrome.

His diagnosis affected me in many ways. I was shocked. I felt devastated. I was terrified. I felt betrayed by my body, dirty and damaged for not nurturing a healthy child. Feelings of inadequacy, of not being enough, surfaced. For eight months, I gave my body to my child. I did everything right and…it went so wrong. I was ashamed.

And Michael. My heart broke for my husband. He had always wanted a big family, but having one child with Down Syndrome significantly increases the likelihood of birthing another child with Down Syndrome. I felt like the dream of a large family was shattered, and it was completely my fault. Of course, he never thought this. I kept apologizing, saying over and over, “I’m so sorry.” Convinced I was a failure, I sank into my pain, retreating from family and friends.

A few days after he was born, we were given a list of the things Josh would never be able to do and things he would never become. The doctors explained how hard life would be for me and my family. As I listened to them talk about Josh’s limitations, I worried about my own. How would I care for a baby with a disability? What if he’s dependent on me forever? Will he have the capacity to understand or feel? Will he ever be able to speak?  The doctors encouraged us to hope for the best but expect the worst. Hearing what my husband and I heard from the doctors in the days after Josh was born could have broken us down and torn us apart.

At that moment, we had a choice. We could have given into the fear of what raising a child with Down Syndrome would be like. We could have chosen to believe the doctors and, in turn, assigned those limitations to Josh. Instead, I chose to be attuned to the beauty and potential of what he could become and, subsequently, who I would become. I chose to not let others’ expectations of Josh’s limits inform the way I thought or parented. In that moment, I chose Josh. I chose me.

It was a process, and I still had fears. I feared the future. I was terrified of raising a child with a lifetime diagnosis that I knew nothing about. I was even afraid of the judgments of others. Despite my lingering fears, I became more vulnerable, open, and fiercely inquisitive about the future.  I learned to be an advocate for Josh, and because of that, I learned to advocate for myself, powerfully.  I chose to embrace the happy reality of Josh, to enjoy the beauty of his soul and all he could offer the world. He is a person with a path and filled with ability—just like all children.

Despite the dire prognostications of doctors, we decided not to accept other people’s limitations in the form of well-meaning advice, and I became pregnant again. Though fears still arose during my daughter Miriam’s pregnancy, we welcomed a healthy baby girl into the world twelve months later. The dream of a large family was still possible. Because I was so committed to raising Josh without limitations, I taught all three of my children (Abigail, my fourth hadn’t come along yet) to refrain from labeling anyone. When my oldest, David, and daughter Miriam started to notice differences in Josh, and his differing ability to do things, I explained that everyone is different.

Everyone has strengths and weaknesses. For instance, Josh is great at basketball; he’s even better than some children older than he is. While he is an ace on the basketball court, he’s not quite as masterful in other areas that may even seem quite simple. It was years before any of my children learned the words Down Syndrome because I didn’t want it to change the way they interacted. I didn’t want that label limiting Josh’s potential. That choice allowed Josh to interact with his siblings and other children in a natural, organic manner. That inclusivity nurtured his potential and pushed him beyond the inherent physical challenges of Down Syndrome.

Because of Josh, I learned to love with a vulnerability I never knew existed in me. My marriage evolved into something stronger, more tender, more intimate. I grew less fearful, stronger, and learned to welcome change, even when it showed up in ways that made me uncomfortable. I learned to focus on ability instead of labeling anything a disability.

As for Josh? We could have chosen to believe what the doctors told us, and expected less from him. Instead, we chose to be attuned to the beauty and potential of who he could become. Today, Josh doesn’t look in the mirror and see limitations. He isn’t defined by a diagnosis. He is strong, self-motivated, healthy, and happy. Josh sees me and my oldest, David, working out all the time. Like us, he loves to exercise. Josh is remarkably fit, coordinated, and plans to become a personal trainer. Josh is a living example of never accepting anyone else’s opinion or beliefs about your inherent potential.

I may have learned about Josh’s potential limitations on the day he was born, but I have a lifetime to discover his gifts.

Monica Berg is an international speaker, spiritual thought leader, and the author of  Rethink Love and Fear Is Not an Option. She also serves as Chief Communications Officer for Kabbalah Centre International. She lives in New York with her husband Michael and their children David, Joshua, Miriam, and Abigail.