Rachel Chapman has been 7-year-old Curtis Rogers’ babysitter for a year and a half. She is currently a high school senior in North Carolina and like the rest of her graduating class will not be able to attend prom, graduation or any of the other traditional end of year celebrations. When Curtis realized that Chapman was missing out on these milestones he wanted to do something special for her.

Curtis’ mom, Elissa Rogers, has been using this time at home during the pandemic to teach him some of the bigger lessons in life, including showing empathy for others. When Curtis realized that Chapman would not be able to attend her prom, he suggested that he could throw a “mini-prom” for her, complete with her favorite foods, flowers and dancing. 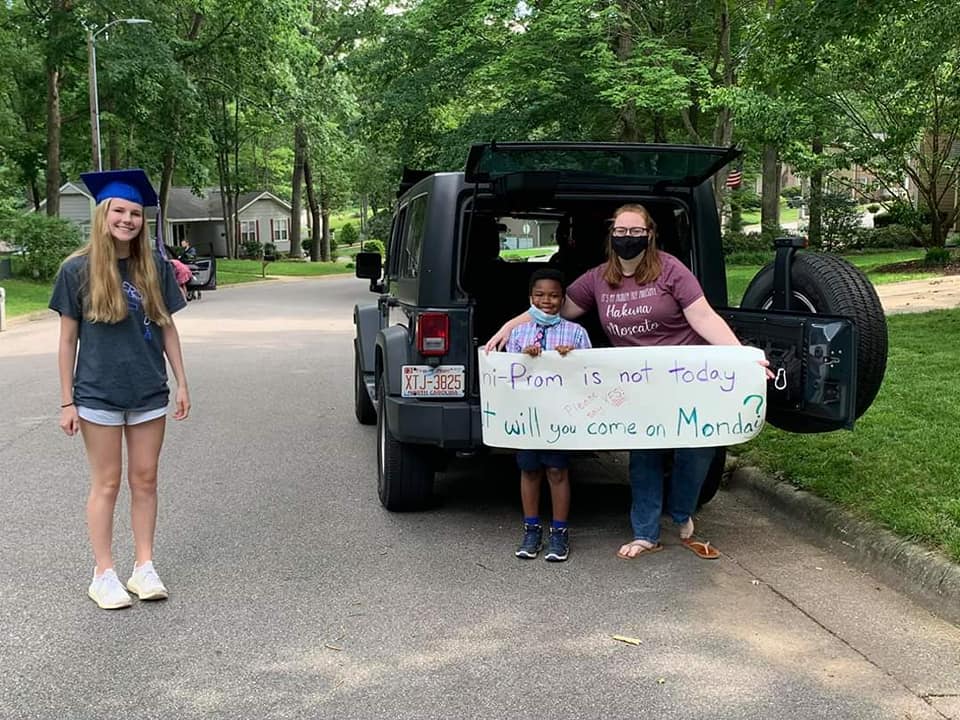 Rogers explained what a “prom-posal” was to Curtis and they planned to surprise Chapman at their neighborhood’s graduation parade honoring the seniors.

Curtis held up a sign for Chapman as she went past. The sign read, “Mini-prom is not today, but will you join me on Monday?” Of course, she said, “Yes!” 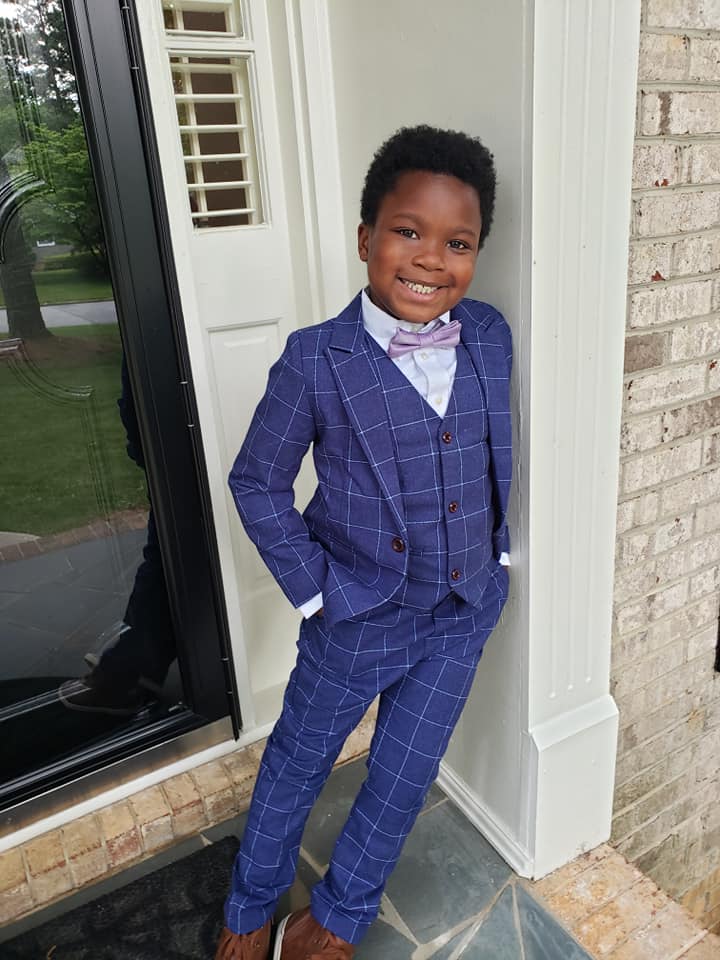 In planning the event with his mom, Curtis had firm ideas on what foods should be served. Since Chapman and Curtis spend a lot of time together after school, they have shared many meals and snacks so he knew all of her favorite foods. The prom menu included a peanut butter and apple appetizer, Chick-fil-A for dinner, and Chapman’s favorite smoothie from Tropical Smoothie for dessert.

Keeping with the rules of social distancing, a 6 foot pool noodle was used to show how far apart the prom dates could be from each other. 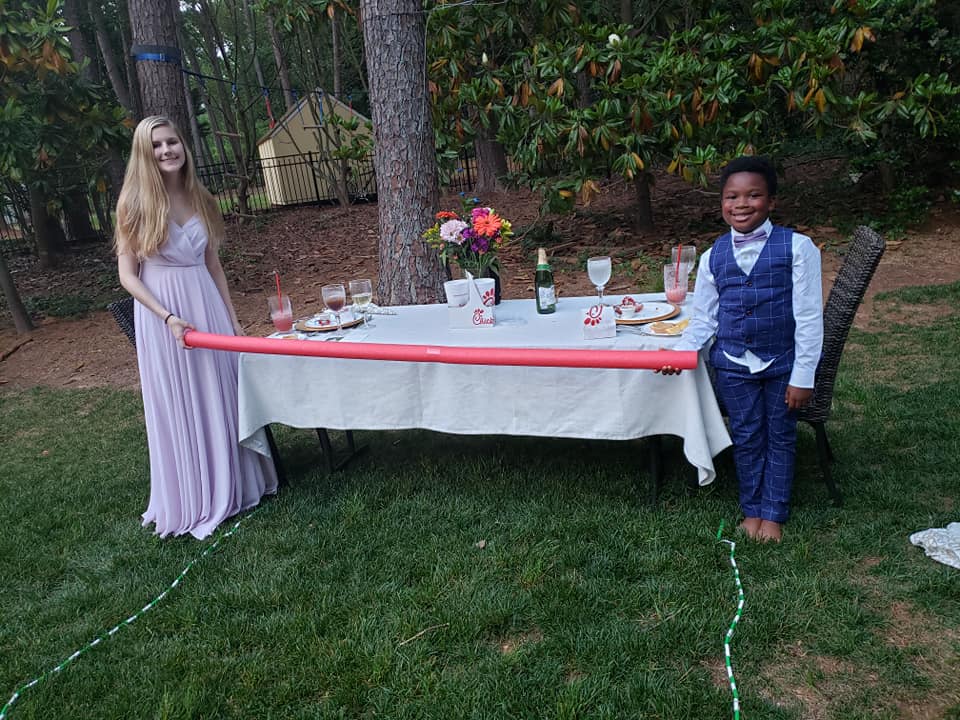 Judging by the smiles on their faces, it looks like both had a very good time.

John Krasinski Is Hosting an Online Prom & Everyone Is Invited