It doesn’t take much to wind up our kids to the point they’re furiously running loops around our house (and us). Instead of just crossing your fingers their frenzied energy doesn’t end in tears, turn to the Calm app. They just teamed up with Apple TV+ to co-create a series of guided meditations just for kids inspired by Apple’s show, Stillwater. 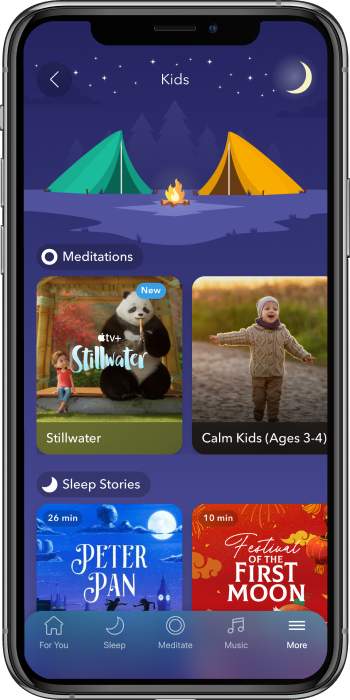 Each meditation is a kid-friendly seven minutes long, meaning it’s ideal for short attention spans. Narrated by James Sie, each short meditation features an exercise meant to calm their mind and is followed up by a story illuminating a classic parable. Apple TV+ and Calm tell us that Stillwater executive producer Rob Hoegee worked with Tamara Levitt, Calm’s Head of Mindfulness, to write the meditations with Stillwater mindfulness consultant Mallika Chopra.

1. Rainy Day—Stillwater shows kids how to manage disappointment by tuning into sounds with a meditation on the rainfall in his garden.

2. Stargazing—Settle down and relax at bedtime. Stillwater guides kids through a soothing body scan under a canopy of stars.

3. Windchimes—Develop feelings of kindness. Stillwater teaches little ones how to fill up with friendliness for themselves and others. 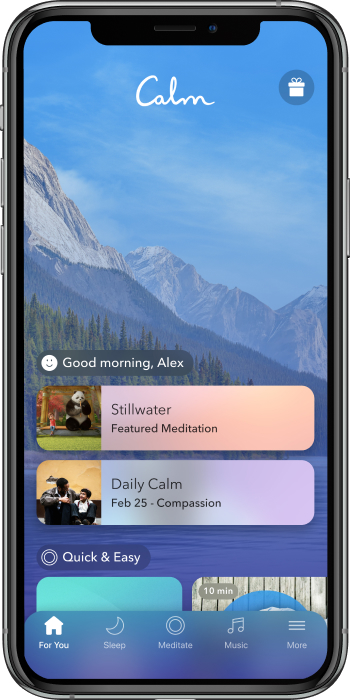 Each guided meditation aims to teach lessons like how to be kind and manage disappointment, while also setting them up to relax and settle their bodies and minds.

The three-part series is based on the Apple TV+ show, Stillwater, which debuted in December. The show is based on the popular “Zen Shorts” book series by Jon J. Muth, which tells the story of the friendship formed between siblings Karl, Addy and Michael and their next-door neighbor, the wise panda Stillwater.

See What Happened When This Elementary School Replaced Detention With Meditation

The 90 BEST Bedtime Stories of All Time

What’s the Right Age to Stop Reading Bedtime Stories? The Answer Might Surprise You