From Cabbage Patch Kids to bottles of Coke, show your kids how things are made at one of these local Atlanta factory or industry tour. Perfect for the kiddos who want to know how everything works, these tours offer behind-the-scene looks at just about everything. Keep reading for the scoop on six that we think are pretty sensational.

As the longest continuously operating franchise in Major League Baseball, the Atlanta Braves have plenty of history to share with their fans. Tours of Truist Park are offered year-round and take guests to many areas off limits during games. With artifacts and exhibits distributed throughout the ballpark, it is a definite must for any Braves or baseball fan. Tours begin at the Right Field Gate and tickets must be purchased in advance online, and are rain or shine. They last around 1.5 hours.

Head to BabyLand General® Hospital in Cleveland, Georgia to learn where Cabbage Patch Kids come from. Situated on 650 acres in the North Georgia Mountains, this "hospital" is filled with Cabbage Patch Kids and Mother Cabbage is always on display beneath the branches of the Magic Crystal Tree. Pollinated by fanciful Bunnybees®, the magical Cabbage Patch is tended by Licensed Patch Doctors and Nurses. Babyland General Hospital is the only place in the world where you can witness the birth of a hand-sculpted Cabbage Patch Kid.

Paused until further notice due to Covid, the CNN Studio Tour is a journey worth taking into the heart of CNN Worldwide. You get an up-close look at global news in the making during this 55-minute guided walking tour with exclusive views of Atlanta’s CNN studios. Look no further for an exciting glimpse of news and broadcasting in action from the world headquarters of the Worldwide Leader in News. 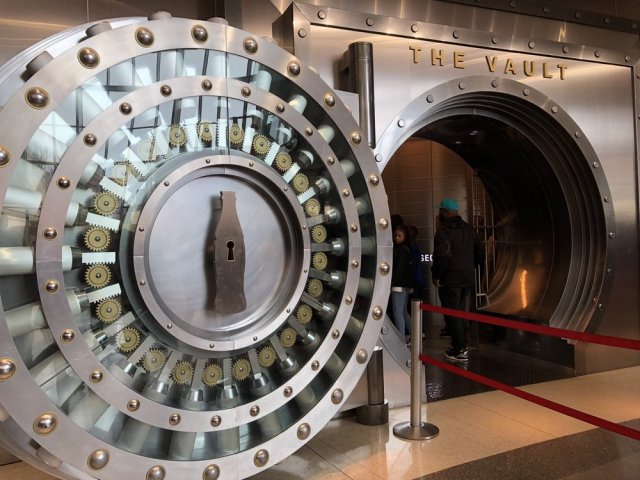 Spend the day interacting with multiple exhibits, learning about the storied history of the iconic beverage brand, and sampling beverages from around the world. See the vault where the secret recipe for Coke is stored, check out the 4-D film about the global brand, and see an impressive collection of Coke—and Americana—memorabilia. You can watch to see how Coke is bottled, and pick one up on your way out.

Experience the signature features of Mercedes-Benz Stadium, including stops at locker rooms, the field, Window to the City, Skybridges, and Clubs. Tour routes and locations are subject to change. In addition to the traditional tour offering, students can experience the signature features of Mercedes-Benz Stadium through the lens of Science, Technology, Engineering, Art, and Math. They offer curriculum that meets the GA Standards of Excellence. 125 Ted Turner Dr. NW Downtown Online: mercedezbenzstadium.com

Learn a little about the racing industry with a tour of the AMS. Twice a year, it's the bustling center of the NASCAR Cup Series world, but the rest of the year it's open to the public for speedway tours and a behind-the-scenes look at the track, Petty Garden, Bootlegger’s Bar, the start/finish line in the grandstands, the infield, and Victory Lane. Track Tour Times—Appointments Required: Mon.-Fri. at 10 & 11 a.m., 1, 2, & 3 p.m. 1500 Tara Pl. Hampton, GA 877-926-7849 Online: atlantamotorspeedway.com