Strike up the band and bust out your stars and stripes. It’s nearly time to celebrate the nation’s birthday, and in the spirit of all things Independence Day we’ve gathered up some of the best family-friendly parades in the country. We’ve unearthed everything from giant events to charming hometown affairs–you’ll find floats, music, patriotic pets, and more. Browse our picks below and get ready for a rocking 4th.

Washington D.C.
It probably comes as no surprise that our nation’s capital sports a pretty sweet 4th of July parade. The National Independence Day Parade follows Constitution avenue and passes some of the most iconic monuments of D.C. Invited bands, floats, military and specialty units, national dignitaries, and celebrity participants are just some of the notable participants. Get more info here. 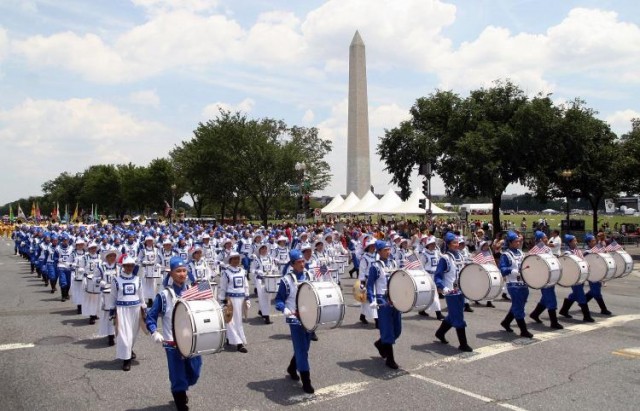 Bristol, Rhode Island
The 4th of July parade in the waterfront town of Bristol has the distinction of being the oldest in the country. Plus, there’s an extended chance for fun–the celebrations start on Flag Day (June 14) and conclude with the 2.5 mile parade on Independence Day. Get more info here. 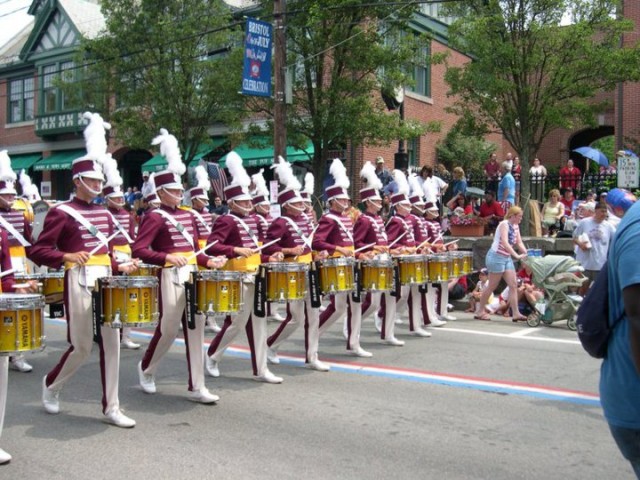 Arlington, Texas
Everything’s bigger in Texas and the July 4th parade in downtown Arlington has drawn as many as 70,000 spectators in the past. It features floats, color guards, marching bands, and tons more. There is even an Award Ceremony after the parade, so as you’re watching pick out your fave floats and wish them luck. Get more info here. 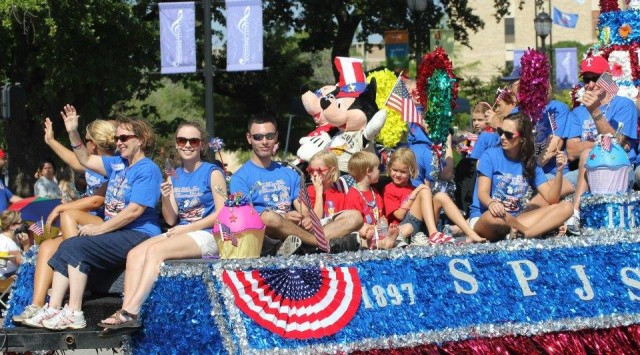 Alameda, California
With over 170 floats and 2,500 participants who travel a three mile route (the longest in the nation), the Independence Day parade in Alameda, CA is a fave of locals and tourists alike. Antique car fans will be sure to get a fix, but you can also look out for equestrians, dance troops, bands, and more. Get more info here. 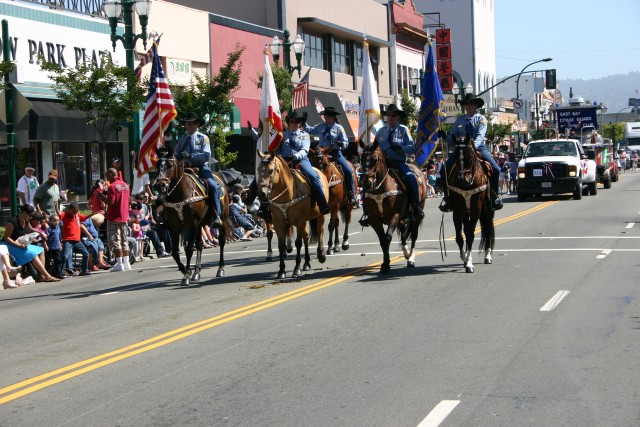 Bend, Oregon
The 4th of July parade in Bend, OR has gone to the dogs…and the cats, and the chickens, and the llamas, and the stuffed animals. It may not be the biggest Independence Day parade in the country, but this Pet Parade is chock full of fun for kids, pets, and the whole family. Participating kids (who are encouraged to dress up!) even get a keepsake and a popsicle. Get more info here. 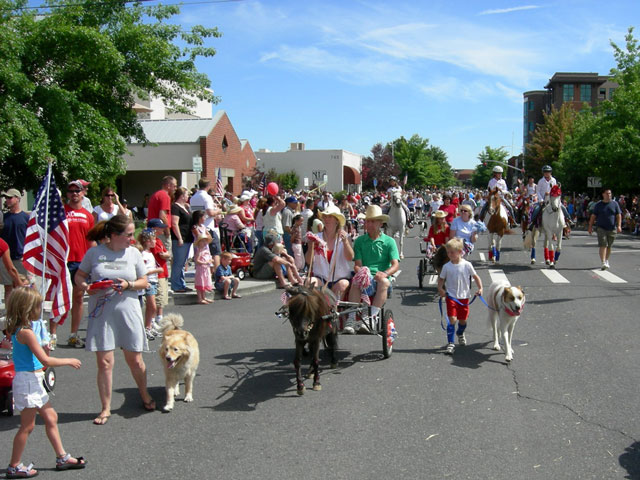 Philadelphia, Pennsylvania
With a city as historical as Philly, you can expect a pretty awesome fest to celebrate the nation’s birthday. Philadelphia’s annual Independence Day Parade includes more than 5,000 participants from a dozen states and marches along one of the most historic routes in the nation. And just before the parade is a unique Freedom Ceremony, where costumed participants give speeches and read from the Declaration of Independence. Get more info here. 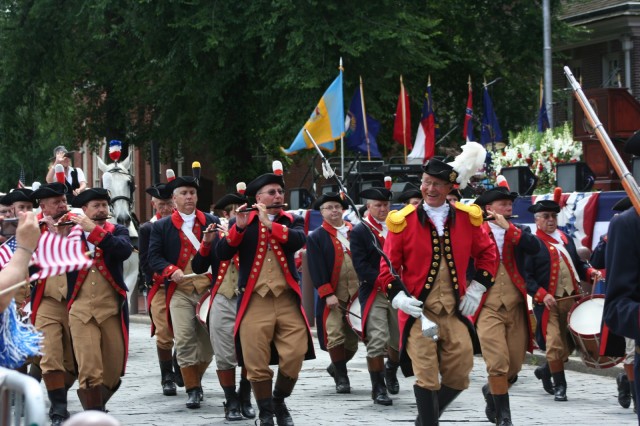 Seattle, Washington
The West Seattle Fourth of July Kids Parade is pretty much the ultimate kid-friendly parade. It’s a low-key event–instead of floats, kids and their families come from all over to walk and ride (bicycles, scooters, strollers, wagons) the route. Get more info here. 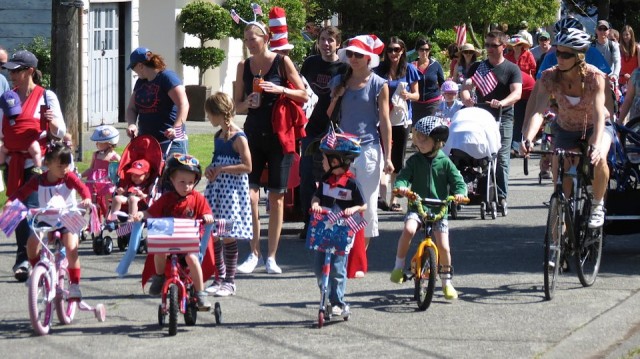 Pacific Palisades, California
The Pacific Palisades July 4th parade is like a Hollywood version of a small town parade — charming and clean and adorable and nostalgic. Look out for the equestrian units, brass bands, local celebrities, kids activities, and more. Get more info here. 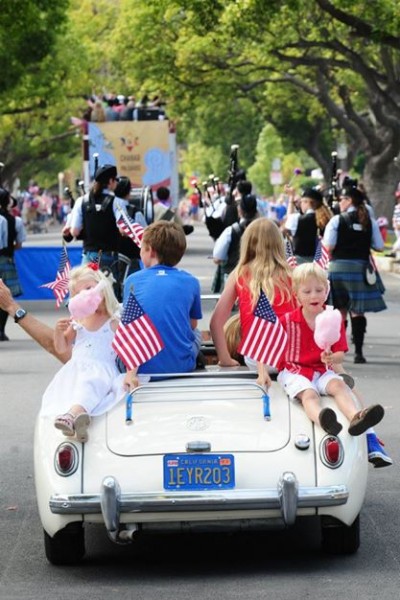 Redwood City, California
Redwood City boasts the largest parade in Northern California, which draws thousands of spectators each year. Other fun events include a festival (complete with jump house, clown, Face Painter and the Magician), and delish Pancake Breakfast. Get more info here. 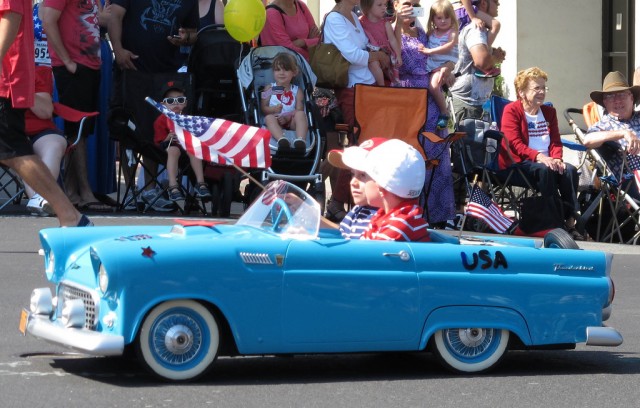 Bainbridge Island, Washington
This self-proclaimed “Best Small Town Parade in America” is high on charm. The route stretches for a mile and includes more than 100 units — floats, marching bands, bagpipes, horses, dogs, sports teams, military units, local non-profs and businesses. There’s even a $1,000 prize for most humorous entry, so keep a look out for some funny floats! Get more info here. 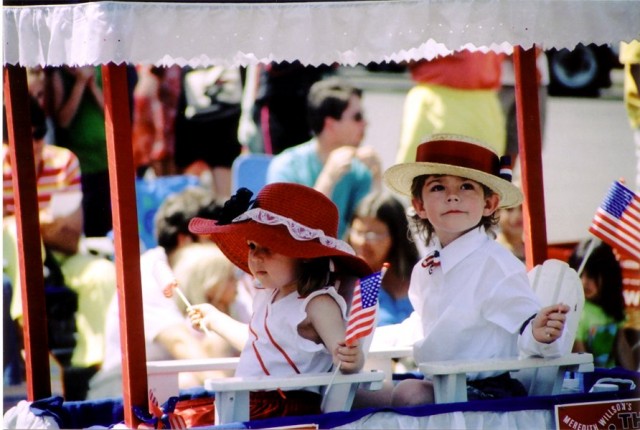 St. Louis, MO
The St. Louis July 4th parade is better known as the Veiled Prophet Parade and traces its roots back to 1878 (along with some Mardi Gras inspiration). The amazing floats are created by artists and craftsmen employed by the Veiled Prophet Organization, one of the world’s most elaborate float–building operations. It’s a can’t-miss, kid-friendly event that includes bands, creative costumes, and much more. And this year, in addition to the main parade, there will be a special Family Parade at the St. Louis Zoo. Get more info here. 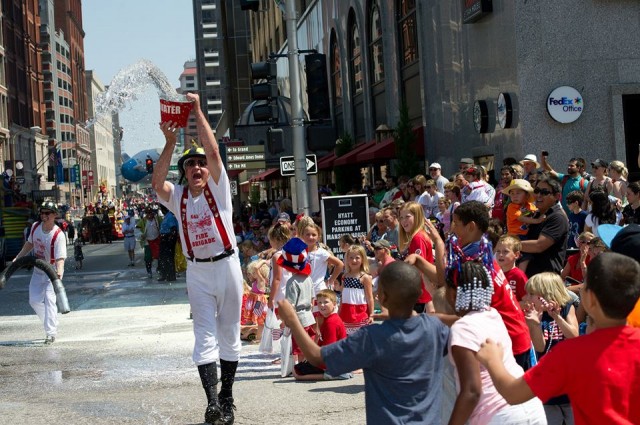 Seward, NE
In 1979, a resolution of Congress designated Seward as “America’s Official Fourth of July City—Small Town USA.” Seward lives up to its honor–and its goal of being a hub for “family entertainment. Almost 40,000 attendees come from all over for the parade, track and field events, parachutists, walking tour of “Small Town USA,” wild west shootout, and much more. Get more info here. 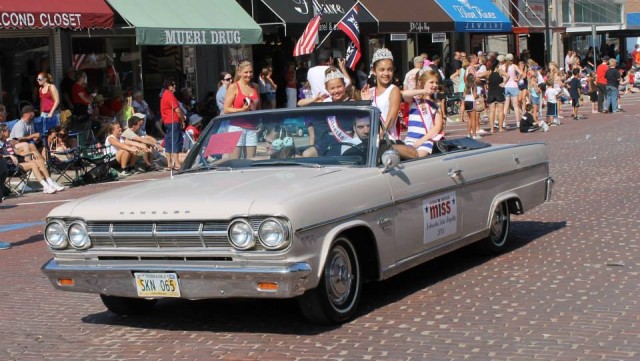 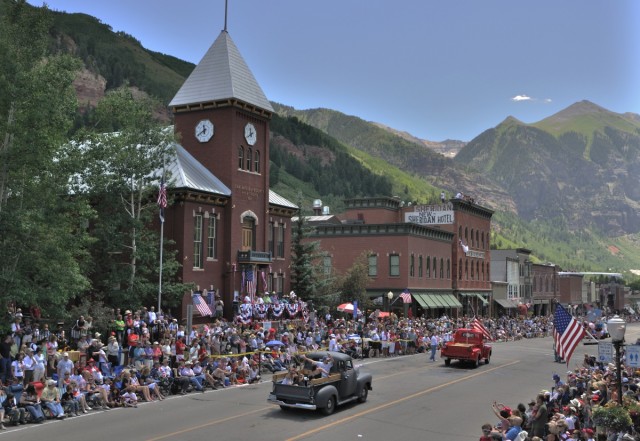 Southport, NC
Back in colonial times, the maritime town of Southport celebrated Independence Day when ships lay anchor and shot their cannons. Today’s festival draws around 40,000 people. In addition to the grand parade–with over 120 units and featuring the newly crowned Miss North Carolina–this year’s celebration includes kids entertainment, a car show, and much more. And if you think Southport looks familiar, you may have seen it on a big screen recently; the town is often used for filming in movies. Get more info here. 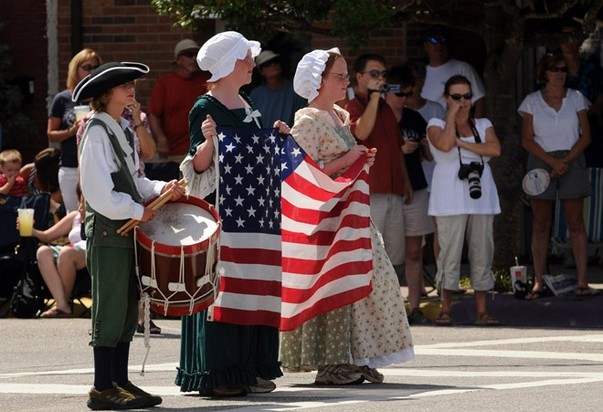 Crown Point, IN
Each year, Crown Point puts on a community 4th of July event that’s chock full of fun. This year’s theme honors the power of the pedal; the town will be celebrating everything from unicycles to bicycles to tricycles and all things pedal powered. In addition to all of the parade entries this year, kids are invited to participate with their own decorated bicycle. Get more info here. 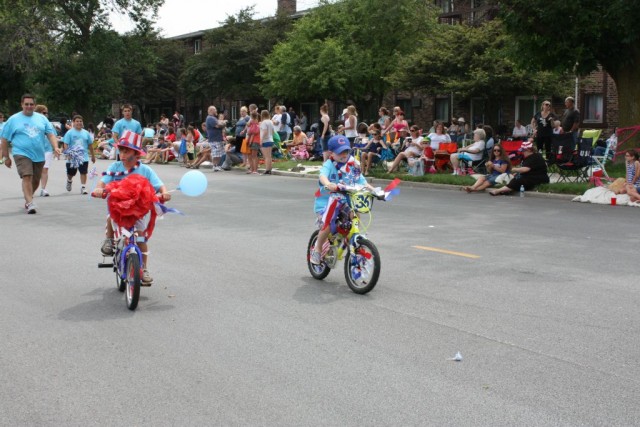 What other parades should be included on the list?