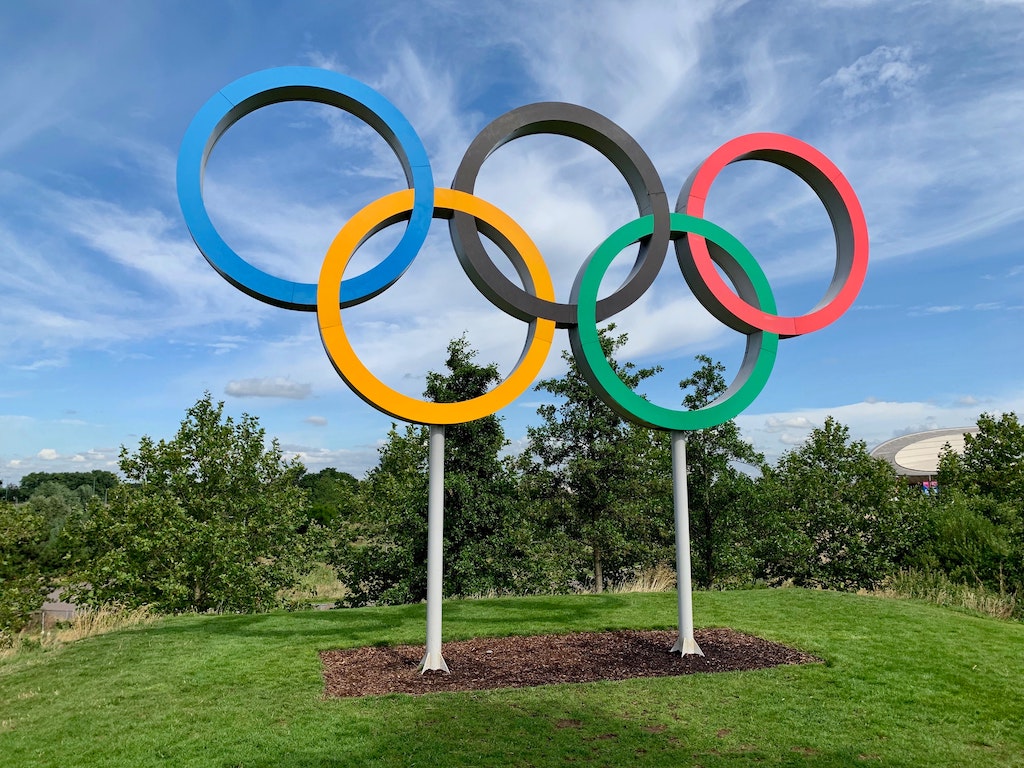 Are you watching the Tokyo Summer Olympics? At Xyza: News for Kids we’re watching along and sharing some Olympics trivia with families around the world. Ready to test your knowledgeabout the biggest sporting event in the world? Race ya to the finish!

1. Which of these sports is making its debut in the 2021 Summer Olympic Games in Tokyo?

Answer is A: Skateboarding, surfing, sports climbing, and karate will make their debuts at the highly-anticipated Tokyo Summer Olympics. Fans of skateboarding will be cheering on their favorite athletes such as thirteen-year-old Sky Brown from Great Britain and twelve-year-old Kokona Hiraki from Japan, two of the youngest athletes to compete at the Tokyo Olympics.

2. What did Japan introduce to the world the last time they hosted the Olympic games?

Answer is B: Bullet trains. In 1964, Japan became the first country in Asia to ever host an Olympic Games and the first to introduce a high speed train called the Shinkansen, or bullet train. The bullet train took passengers between Tokyo and Osaka, a distance of 247 miles, in approximately two hours and thirty minutes. When the first bullet trains began operating, they traveled at a speed of approximately 125 miles per hour. Now, bullet trains can travel at speeds of over 200 miles per hour and Japan Railways, the company behind these speedy trains, is building trains that will go even faster! Zoom!

3. What did the Tokyo Olympic Committee recently send to space in preparation of the games?

A. Mario and Luigi figurines

Answer is C: Robots Gundam and Zaku. In March of 2020, two of Japan’s most popular animated robots, Gundam and Zaku, rocketed to outer space in a mini satellite named, “G Satellite Go To Space.” The reason for their trip? Japan wanted to welcome the world to the Olympic Games both on Earth and from outer space! The idea was that the two robots would transmit images and messages about the Games back to Earth in English, Japanese, and French during the Olympics!

4. What sport did Japan introduce the last time they hosted the Olympics?

Answer is B: Volleyball. In 1964, Japan hosted its first ever Olympic Games and introduced two new sports: judo and volleyball. Although volleyball was invented in 1895 by William G. Morgan, the sport wasn’t added to the Olympics until 1964. In fact, two-person beach volleyball wasn’t added until 1996. Shocking, we know! Bump, set, spike, anyone?

5. In what other year was the Olympics postponed?

D. None of the above

Answer is D: None of the above. Recently, the International Olympic Committee announced that the 2020 Summer Olympics would be postponed until the summer of 2021 due to the novel coronavirus pandemic. It’s a big deal because, believe it or not, no other Olympic Games have ever been postponed before. What?!?!? Nooooo … Yes! That’s not to say, however, that the Olympics have never been canceled before. We’re sneaky, we know. 🙂The Olympics were canceled in 1916, 1940, and 1944 because the world was fighting in World Wars I and II.

We're two perfectly imperfect moms who have five very different kids between the two of us. We believe that topics in news are a fantastic way to spark conversations in families. That's why we started the Dinner Table Conversation series here at Xyza: News for Kids. Won't you join us in the conversation?