Cartoon fans are just a few short months away from the hotel stay of their dreams. The new Cartoon Network Hotel is now taking reservations for its opening in June 2020.

When you enter the lobby at the new Cartoon Network Hotel in Lancaster County, Pennsylvania you’ll be greeted by the Cartoon Crew who will check you in. Each guest room is decked out in one of six Cartoon Network series themes, including The Amazing World of Gumball, Adventure Time, Ben 10, The Powerpuff Girls, Steven Universe and We Bare Bears. 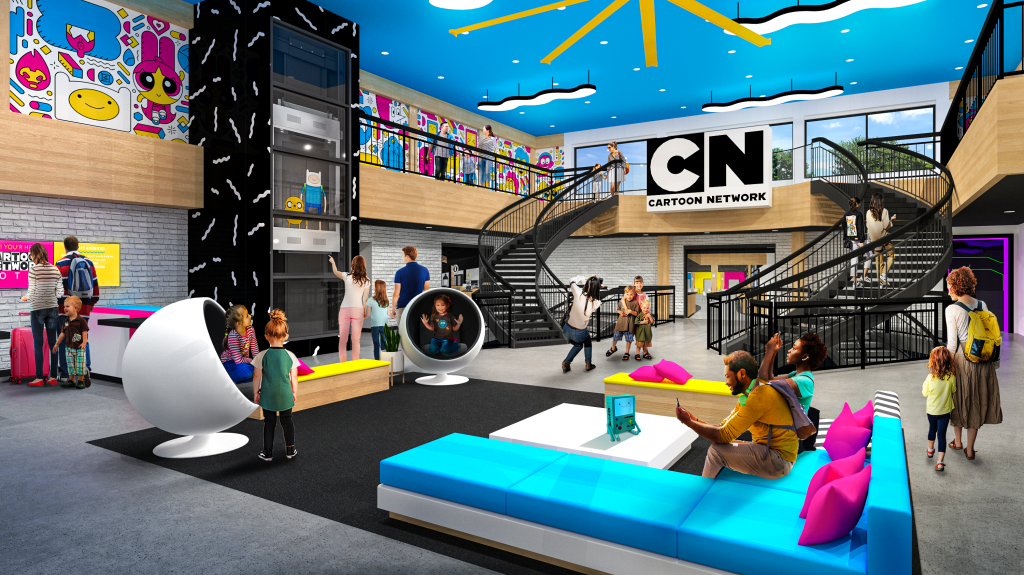 The 165-room resort will also feature an indoor resort pool, an outdoor waterpark, a game room, a Cartoon Network Store and character-themed dining, like the Bearista Cafe and the Cartoon Kitchen where you’ll see your favorite characters whipping up your meals. 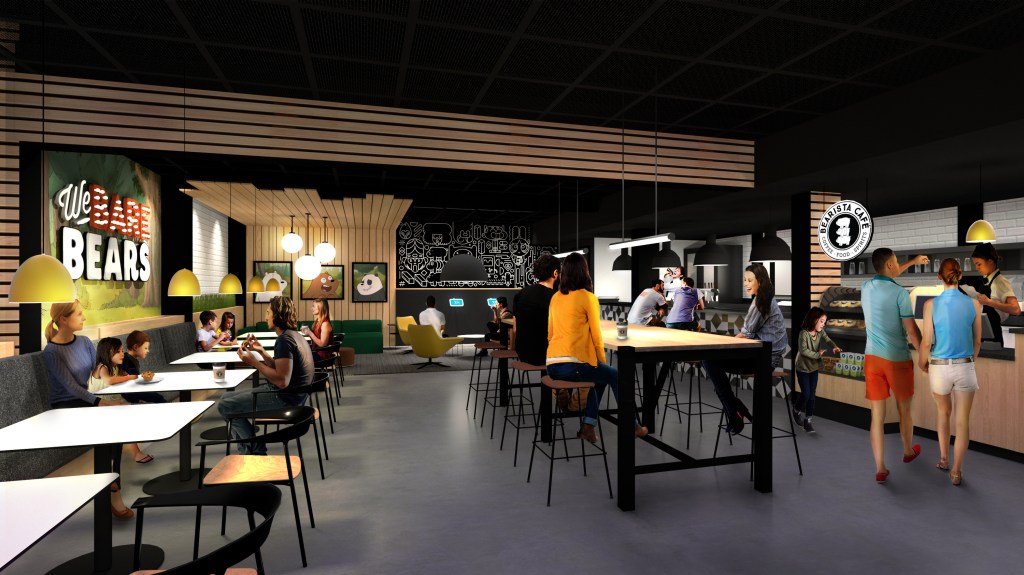 “The Cartoon Network Hotel will be unlike any other property in the region,” Rolf Paegert, chief operating officer of Palace Entertainment said in a statement. “Cartoon Network characters and theming will bring the property to life and offer magical, interactive experiences around every turn. This hotel is going to set the standard for guest-focused, themed lodging immersion.” 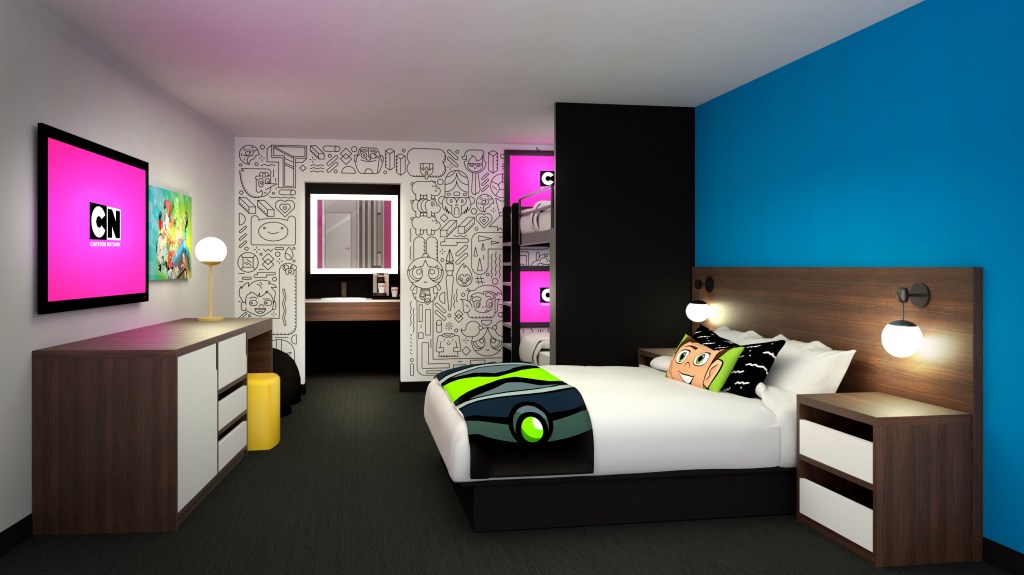 The Cartoon Network Hotel is set to open in June 2020, but the resort is already taking reservations now. Rooms start at $289 per night. Guests can book online here.

All photos: Courtesy of Cartoon Network