Even if you have a passing interest . . . no, zero interest . . . in technology, you’re going to think Codeverse’s state-of-the art technology and facilities that teach kids how to code are quite possibly the coolest places you’ve ever seen. Read on to hear how Codeverse will change the way you look at the traditional classroom and your definition of languages — and where they are expanding to beyond their Lincoln Park location. 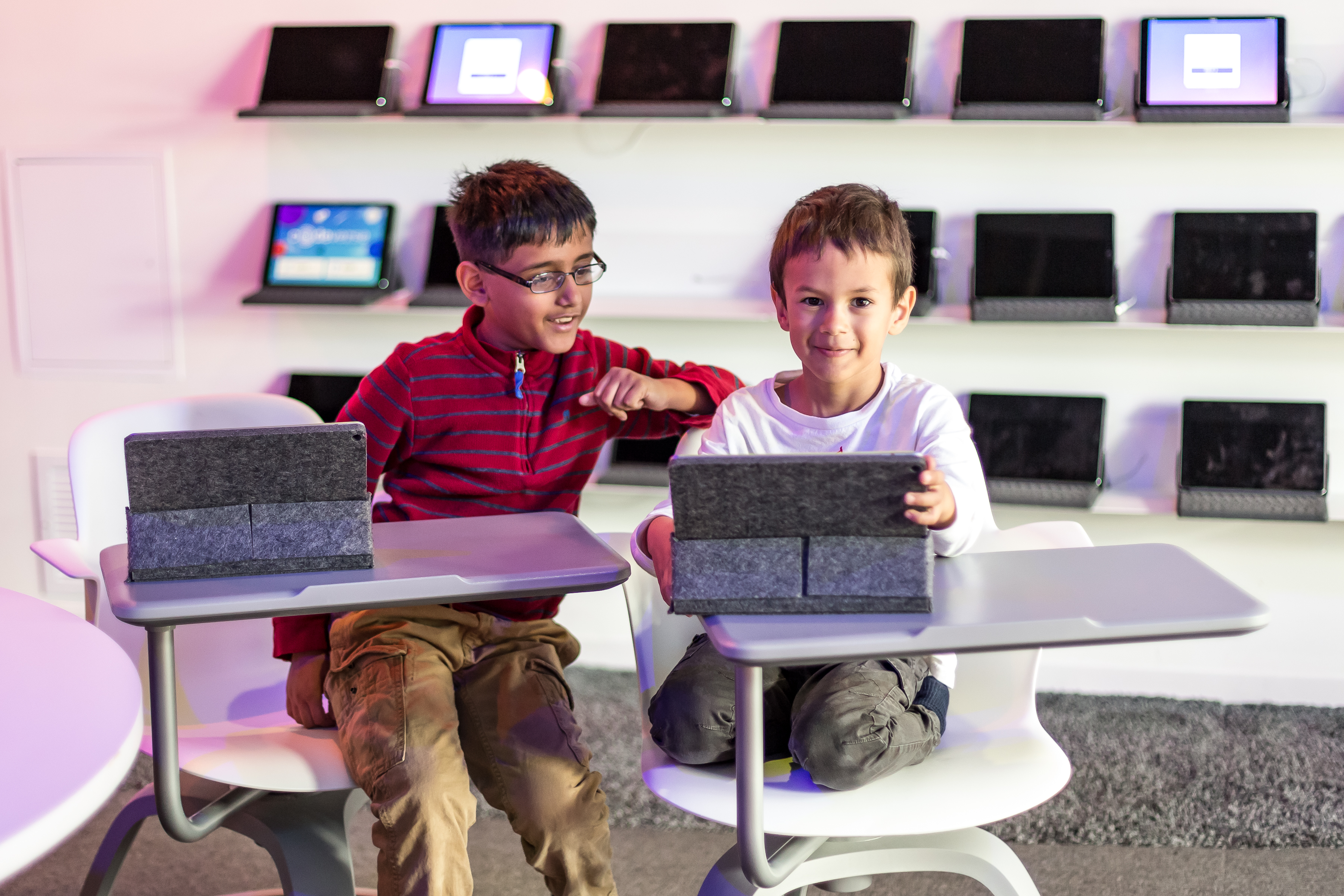 What is this Codeverse?
Codeverse opened their first location in summer 2017 in a visually stunning 3,600-square-foot Lincoln Park facility. It’s the world’s first fully interactive coding studio designed for kids ages 6-13 with a rather lofty mission in mind — to teach one billion kids to code using their proprietary language, KidScript. Think of it as a school for learning a vital foreign language the kids of today will definitely need to know in the future: coding. 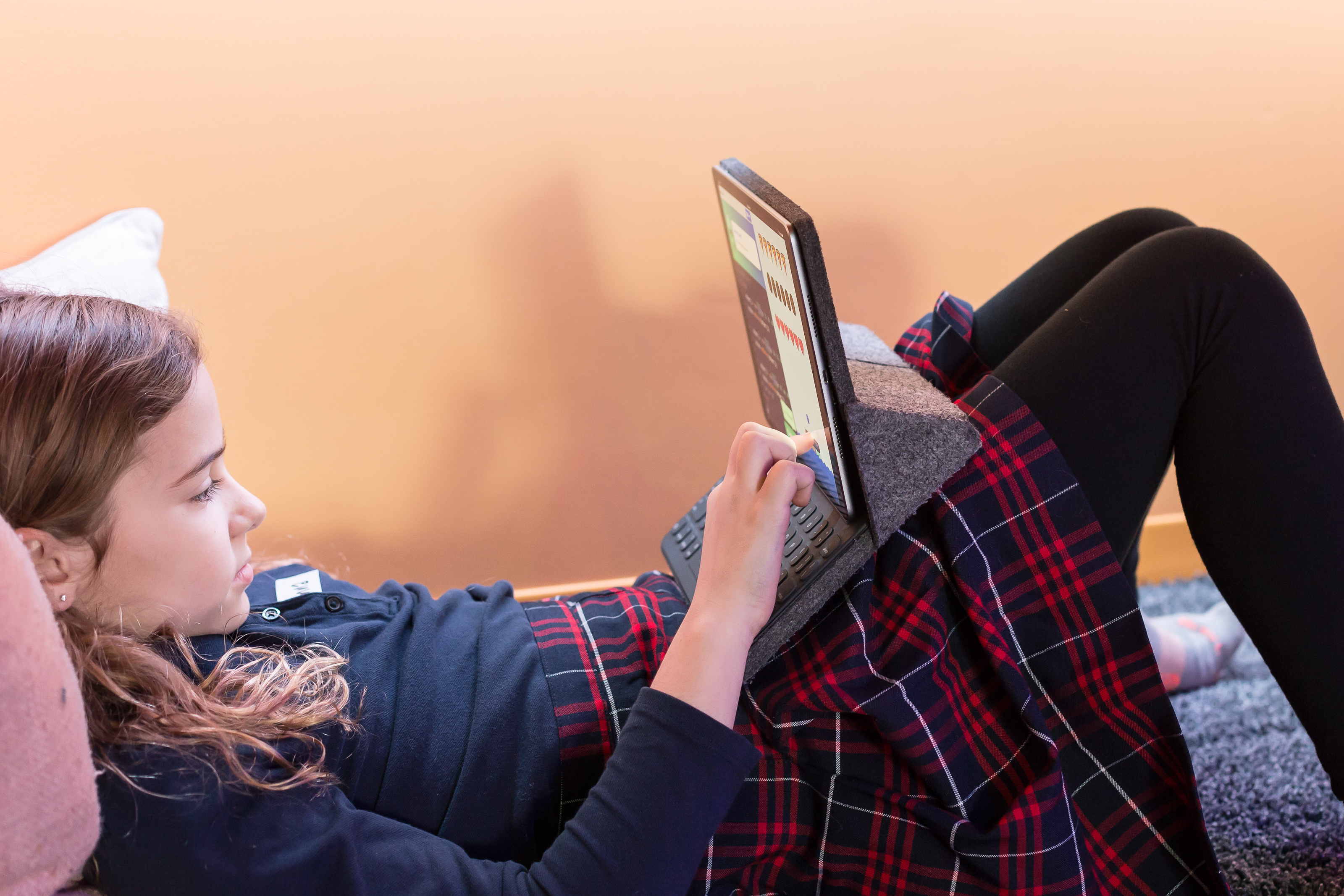 What is KidScript?
KidScript is the first-ever programming language designed specifically for kids that’s meant to be a gateway to the languages it borrows from: Ruby, JavaScript, Visual Basic and Python. Kids at the beginning stages of exploring coding can get overwhelmed by some of the complexities associated with mature coding languages, so KidScript is built with easy to read and write syntax that’s simple and intuitive. Other options on the market offer kids a drag-and-drop option for programming, while KidScript actually allows kids to write code which gives them more power to create exactly what they want. And, it’s so straightforward, even a sleep-deprived parent could do it!

Who is behind the creation of Codeverse?
This passion project was started by serial tech entrepreneurs that have launched 12 startups between the three of them: Katy Lynch, former Techweek CEO; Craig Ulliott, Founder of Belly and Facebook’s Where I’ve Been app; and Dave Arel, Cofounder/CTO of Roniin. With the majority of schools not offering computer programming classes, despite a job market that’s begging for skilled professionals, Codeverse’s launch in Chicago, expansion into the suburbs and their planned growth internationally is setting the stage for this to be their legacy company. 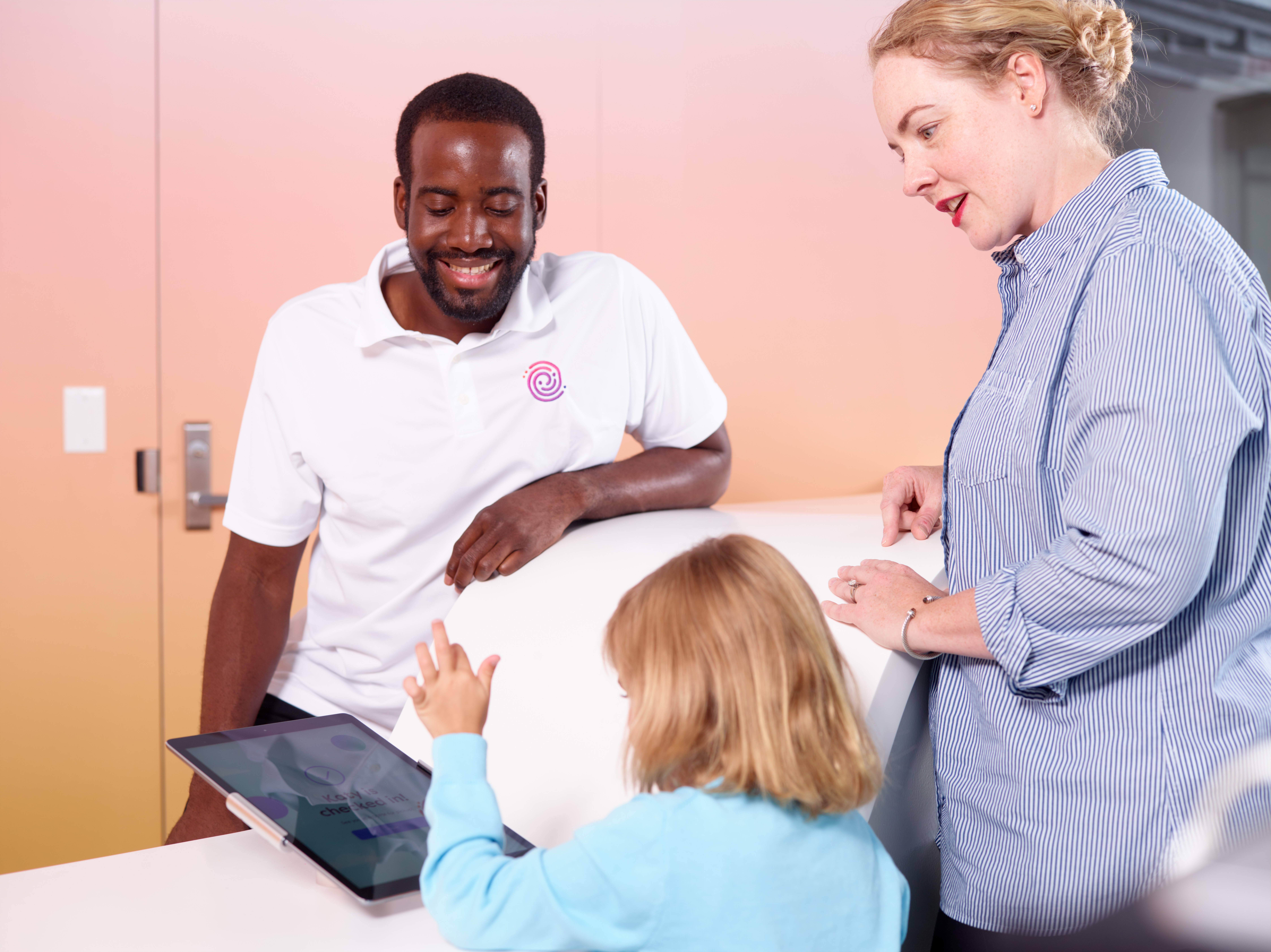 What you’ll see in the space
First, your student will check into class using an iPad station at the front desk. Once your kid checks in, one iPad hanging on a wall of iPads will light up with your kid’s name. It then becomes their portal to learning and boundless creativity while they’re at Codeverse. If they’ve been to Codeverse before, it will remember their progress and anything they’ve created previously will be ready and waiting to be developed upon. 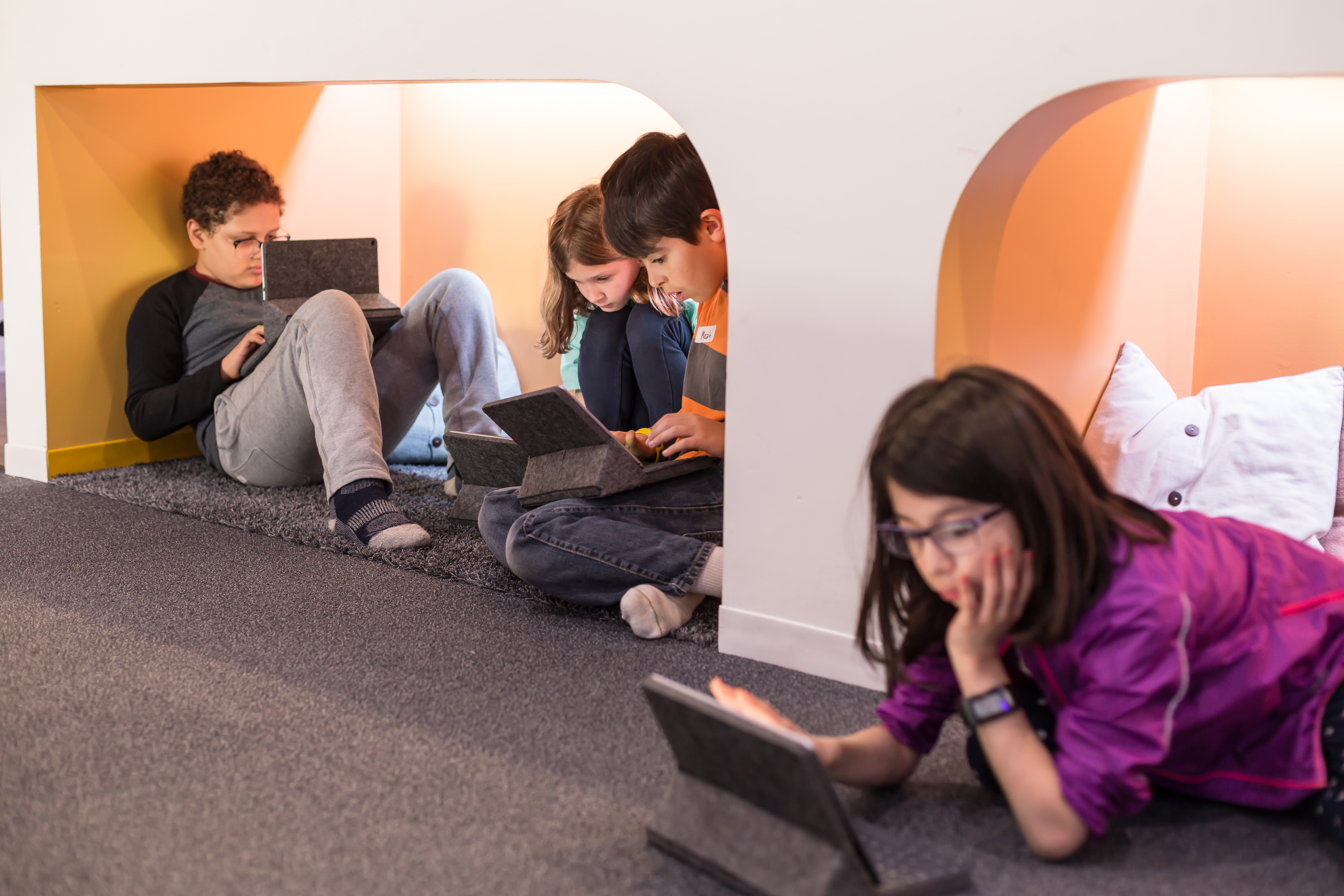 The first thing you’ll notice when you walk into the main room is the multiple learning spaces, from a giant cozy couch or beanbag chairs to traditional classroom style seating or hidden coding pods with padding and pillows. Kids can pick the space they feel the most comfortable in and move about freely. 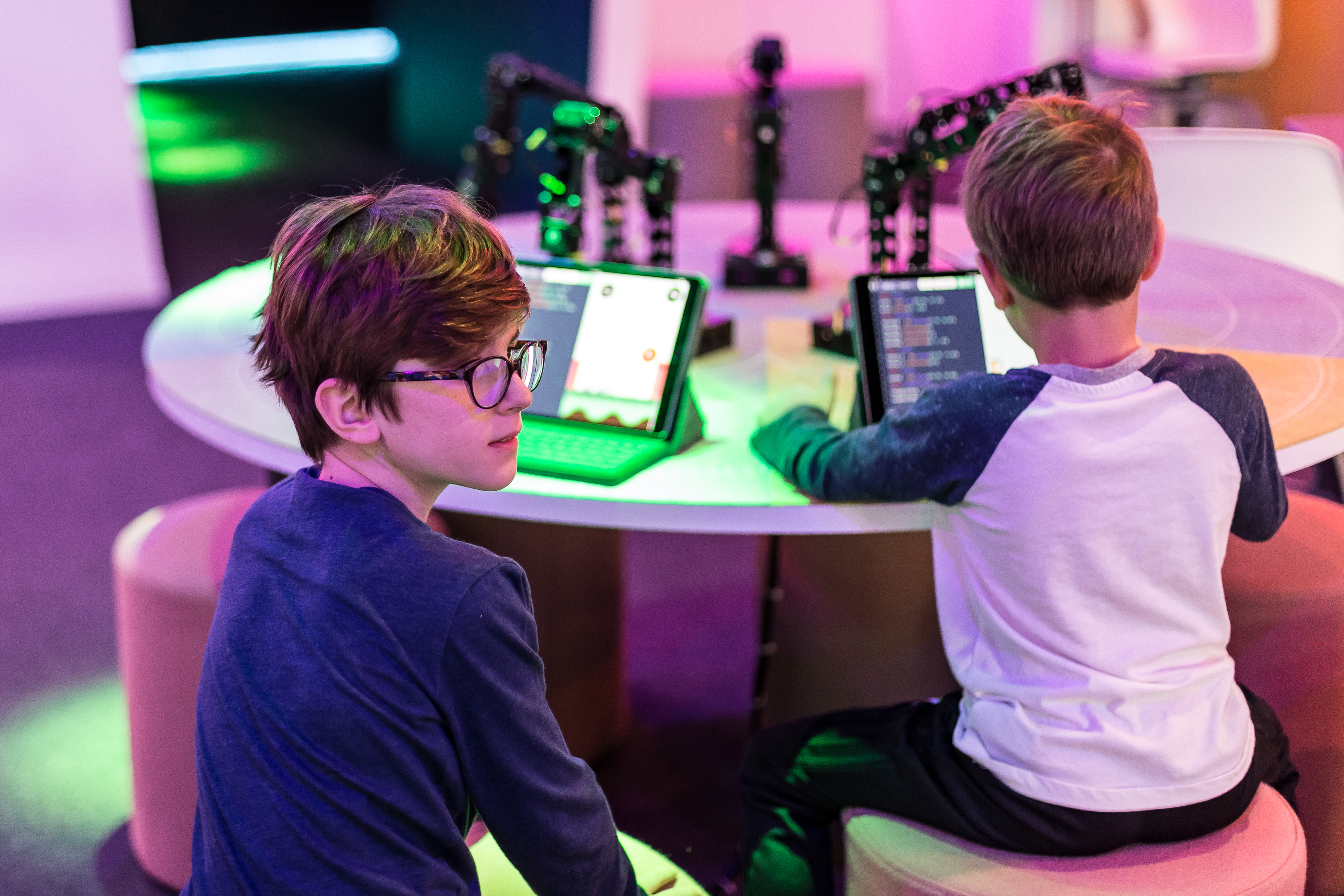 What you may not notice right off the bat is a lot of the things within the space are numbered. Lights, televisions, music speakers . . . that’s because kids will not only learn how to design and build apps and games, they’ll have the ability to control any modern tech gadget within the studio, including all the things we just listed and robotic arms, 20-foot TV, drones, 3D printers and more! Things are numbered so kids can tell the iPad what item they’re trying to control. This means your student can select light number 3, for instance, and turn it from a traditional overhead light to a spinning strobe light worthy of a dance club by making a few changes to the coding language.

What will all this cost me?
A monthly membership is $225 ($175 for a limited time with a 4-month commitment). Each student receives one 75-minute class per week, access to Codeverse at home (which comes in handy because they build their first app on day 1), a personalized, self-adjusting curriculum optimized for their age and skill level, and weekly progress reports sent to you. 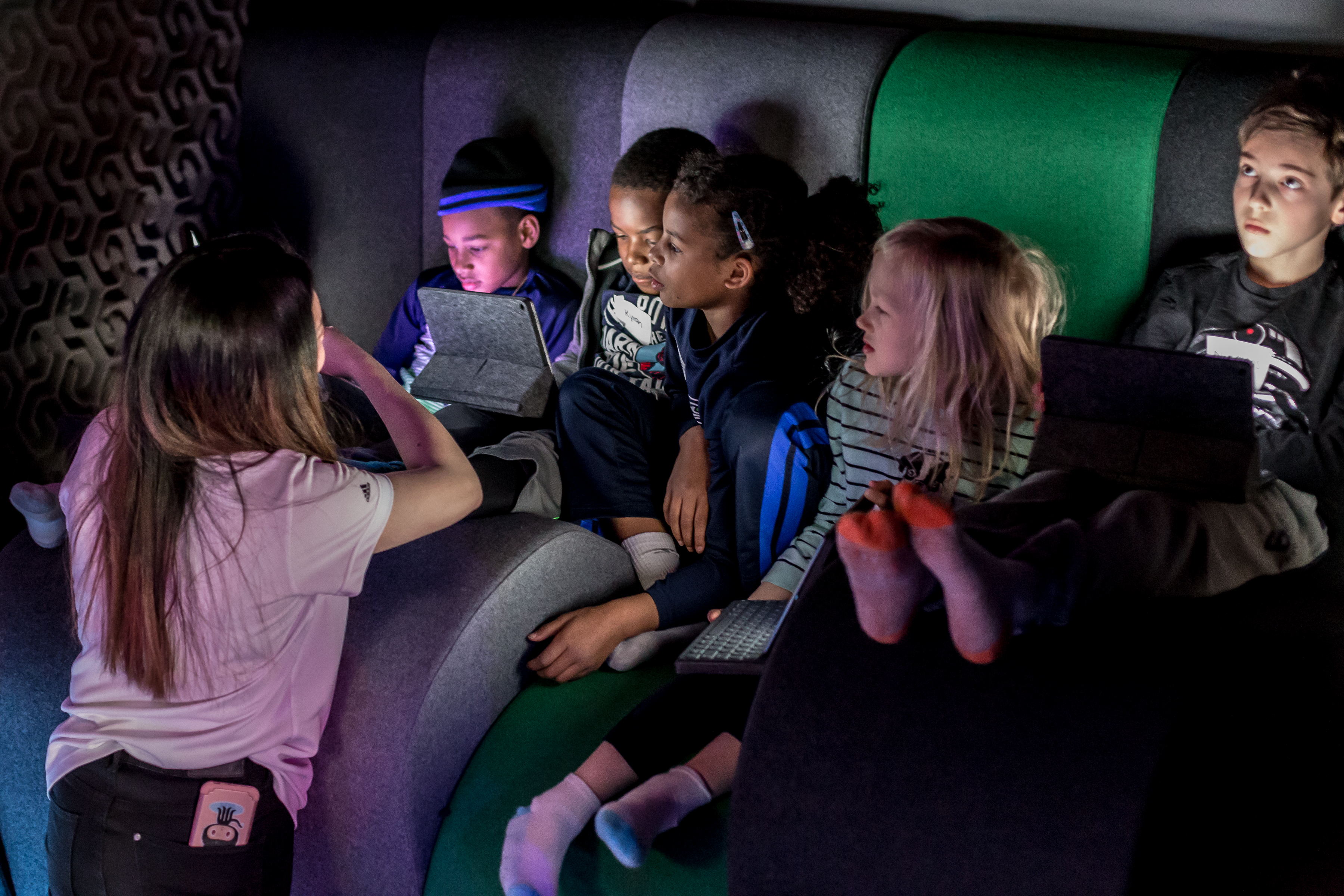 Other opportunities to take advantage of Codeverse’s programs
When you hit that part of summer where your kid’s eyes begin to glaze over from lack of educational stimulus, or they have random days and weeks off from school throughout the year, fill the time with Codeverse camp. Kids in grades 1-8 will be treated to full days of fun with KidScript that includes field trips to local technology-centric businesses (the Apple store, for instance) and chef-prepared snacks and lunches. The hours are 9 a.m.-3 p.m., but you can drop campers as early as 7 a.m. and pick them up as late as 5:30 p.m.

Besides the camps, Codeverse also collaborates with local school school districts to provide after-school and weekend learning opportunities to work toward their billion-child mission. 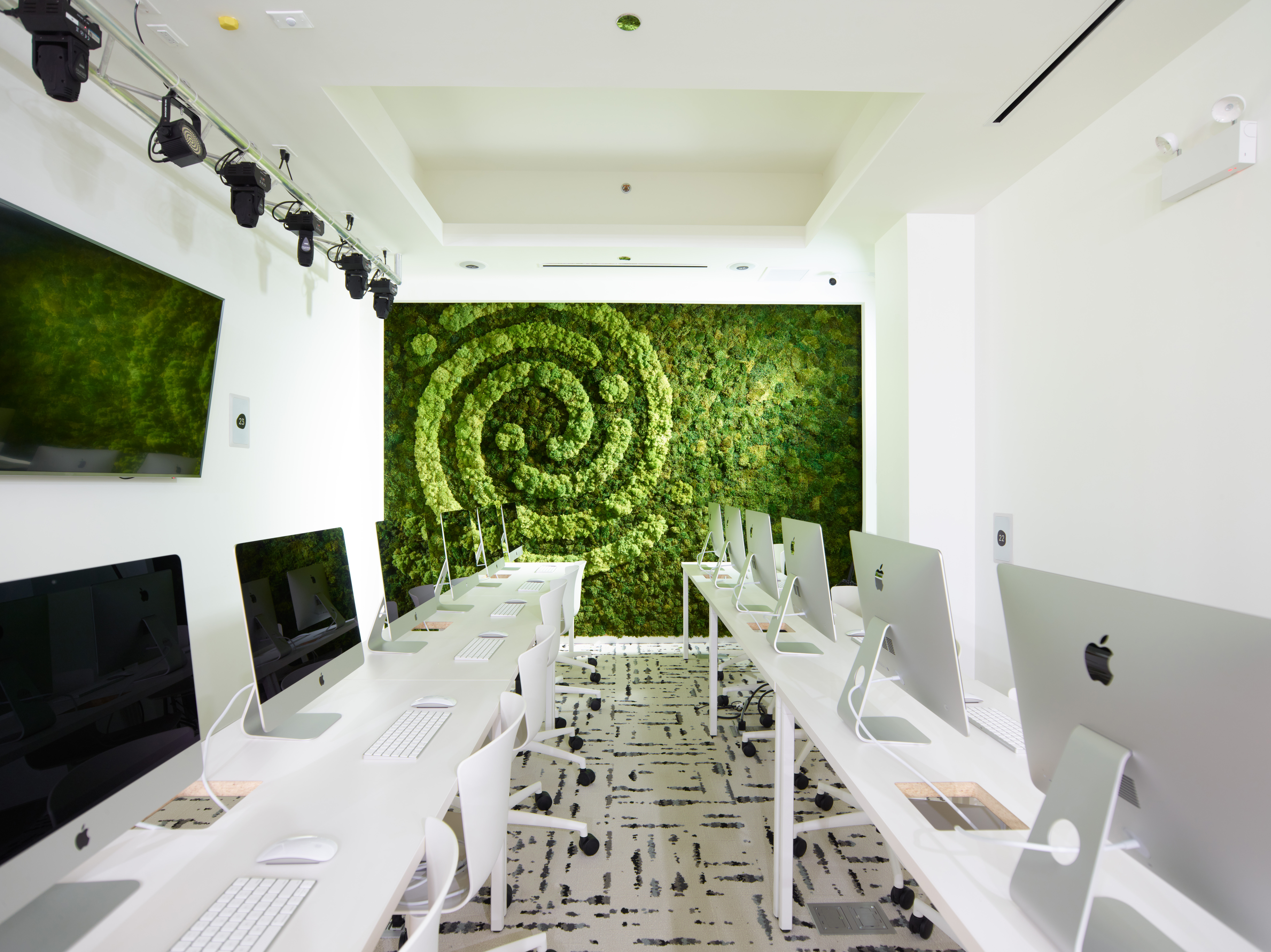 Good to Know
They literally thought of everything for these spaces. Should you have a little one who tends to get overstimulated and could benefit from a quiet space, they have a separate room where they can have alone time while they create on their iPad. That space also doubles as a room for nursing moms.

You really do need to see this space in person to understand it’s awesomeness, so if this sounds like something your kid would dig, sign them up to try their first class for free using this link or by calling 844-644-CODE.