Tom Cruise grabbed our attention (and hearts) in Risky Business, John Belushi and Dan Akroyd showed off their comedy genius in Blues Brothers and Miracle on 34th Street had us all believing in the magic of Santa all over again. What do these cinematic favorites have in common? All have scenes that were filmed at Chicago-area Hilton hotels. Read on to discover more films that used Hiltons as a backdrop and enjoy guest-favorite recipes from Hilton Chicago, The Drake and The Palmer House Hilton. 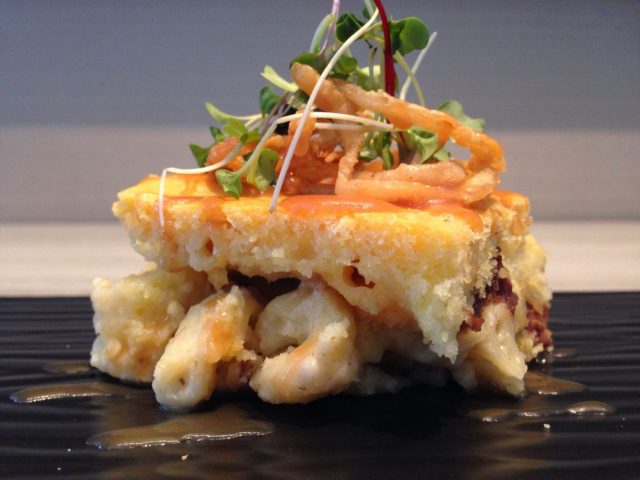 2. Add the cream, cheeses, paprika, and nutmeg and whisk just until the cheese is melted, about 2 minutes.

3. Season with salt and pepper.

For the miso butterscotch:
1. Combine the cream and butter in a small saucepan, and cook over medium-low heat, stirring occasionally, until the butter melts.

2. Stir in the miso and sugar and cook, stirring frequently, until the mixture is slightly thickened and shiny, 5 to 10 minutes.

3. Taste and add a little more sugar if you think it's too salty (remember, you'll be using it in savory dishes).

For the cauliflower mac & cheese:
1. Preheat the oven to 350 degrees.

2. Take béchamel, currants, cauliflower, truffle oil, and pasta and fold together. Place into a baking dish and top with croissant.

4. Let cool and set up so that when you cut a piece out it holds.

5. Once it's cut drizzle miso butterscotch over the crust. 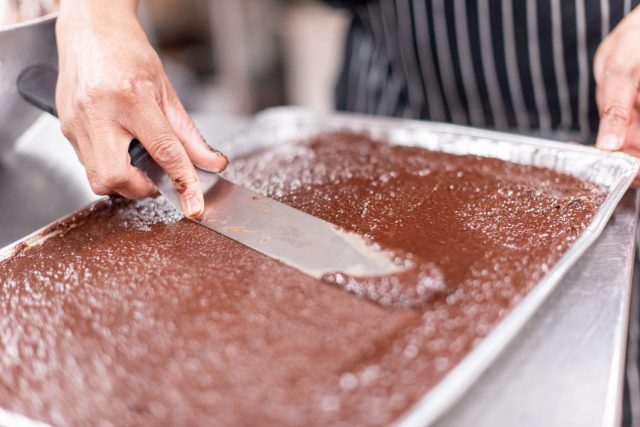 Palmer House Hilton's brownies are legendary, and Pastry Chef Walleska Cianfanelli is letting you in on the secret. Bake up some chocolatey goodness and snuggle in for one of these movies, filmed at Palmer House Hilton.

PALMER HOUSE HILTON BROWNIE
The first reference to the “brownie” in America appears in the Sears Roebuck Catalog published in Chicago in 1898. Specifically at the direction of Bertha Palmer to be served at the Columbian Exposition World’s Fair in 1893, the brownie was created in the Palmer House Kitchen in the late 19th century. The recipe below is well over a century old, and is the exact same one used for the brownie served in the Palmer House Hilton today! It remains one of the hotel’s most popular confections.

2. Melt chocolate and butter in a double boiler. Mix the sugar and flour together in a bowl. Combine chocolate and flour mixtures. Stir 4 to 5 minutes. Add eggs and vanilla and continue mixing. ​

3. Pour mixture into a 9x12 baking sheet. Sprinkle walnuts on top, pressing down slightly into the mixture with your hand. Bake 30-40 minutes. ​

4. Brownies are done when the edges begin to crisp and has risen about 1/4 of an inch. ​

Note: When the brownie is properly baked, it will remain “gooey” with a toothpick in the middle due to the richness of the mixture. 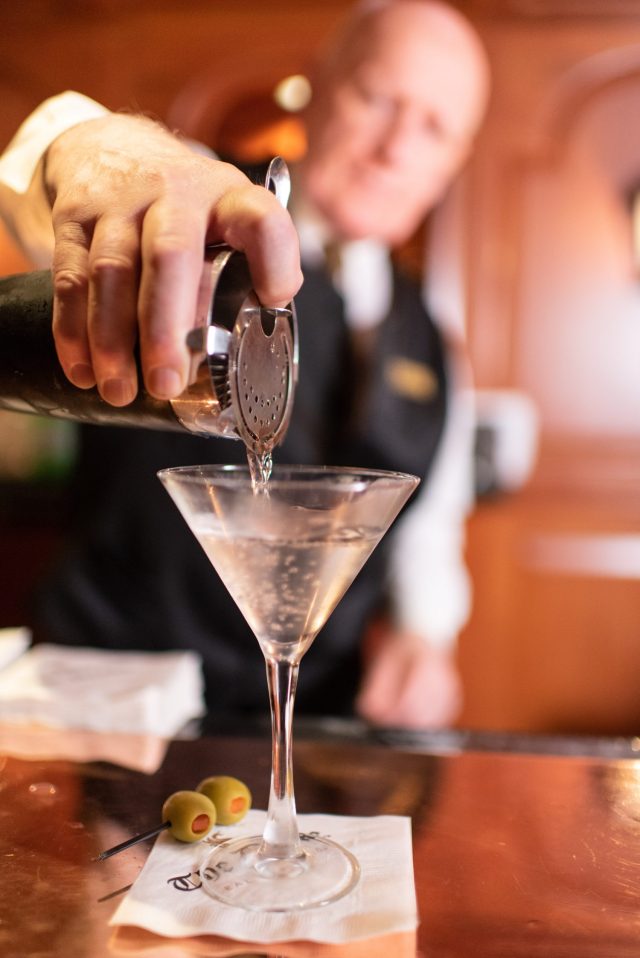 Classics With An Authentic Martini

Tom Cruise slid his way into our lives in Risky Business, which starred Chicago and The Drake in supporting Roles. This classic pairs well with The Drake's Executive Pour Martini from Director of Restaurants, Neringa Bruzga. Make a fun juice for the kids, pour yourself a martini and enjoy this Tom Cruise throwback or one of these others gems filmed at the hotel.
Blues Brothers
Wicker Park
What Women Want
Flags of Our Fathers
EXECUTIVE POUR AUTHENTIC MARTINI
Ingredients:
4 oz Grey Goose Vodka
1 oz Dry Vermouth
3-5 ice cubes
lemon or olives
Directions:
1. Add vodka and vermouth to a shaker.
2. Top with ice and shake hard.
3. Strain martini into a martini glass.
4. Garnish with lemon peels or olives.

Bake 2 of Chicago’s Hilton Hotel’s Most Popular Desserts at Home!