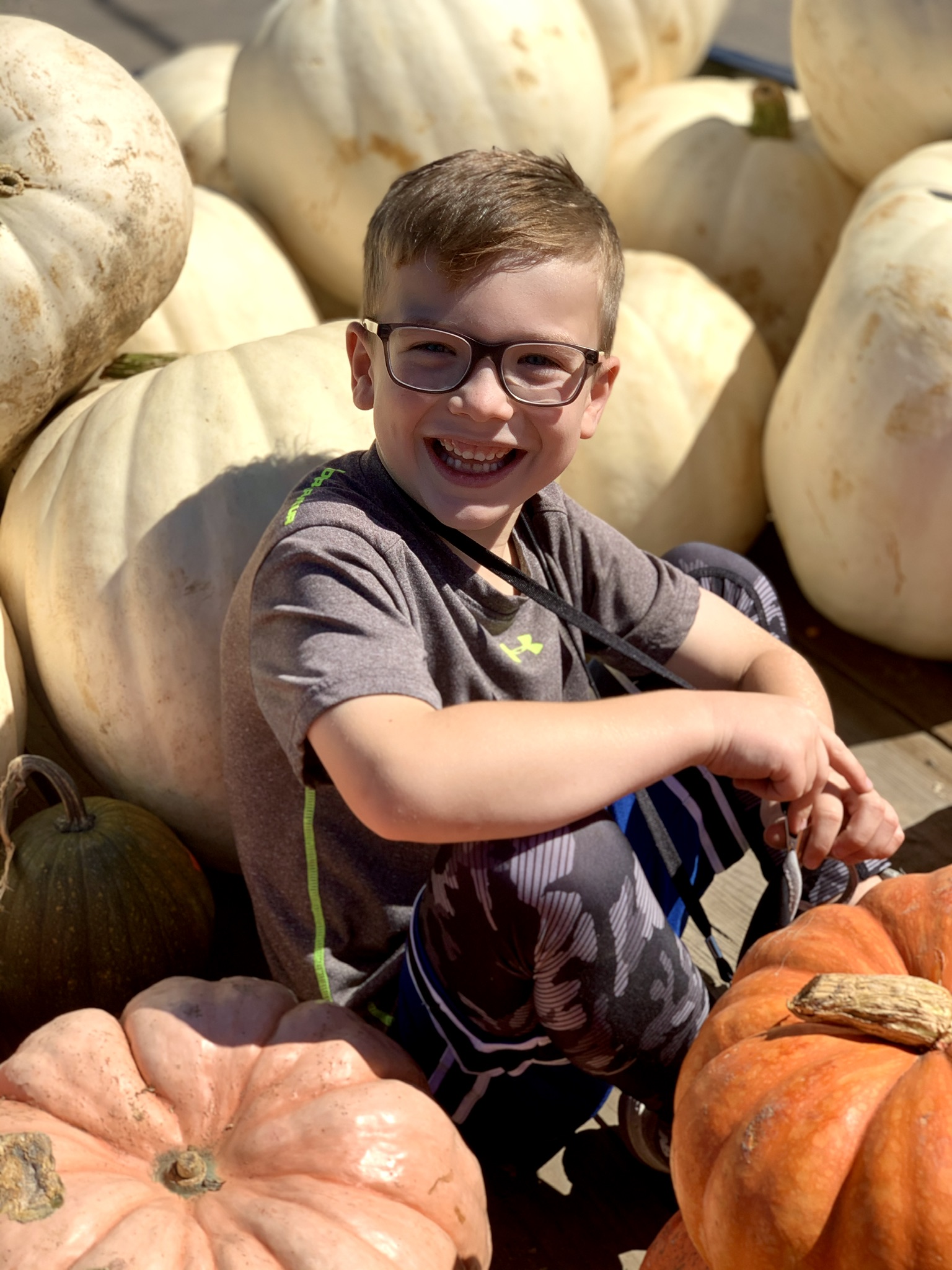 You know what I love? Fancy pumpkins. But you know what I also love? Having enough money to keep the lights on at my house. So why on God’s green earth did it just cost me $147 to beautify my porch for fall? And that was just the pumpkins! That didn’t count any cornstalks or scarecrows or hay or mums or blow-up spiders.

You know you can’t just buy one orange pumpkin for $4.99 like you could in 2008. Oh no. We need stacks of pumpkins. And pumpkins leaning on pumpkins. And pumpkins rolling down your steps like your front door just coughed them up. And bumpy pumpkins, green pumpkins, and tiny or ginormous ones. Some of those pumpkins are so big you couldn’t even roll them to the car—you’d literally pee your pants just lifting that bad boy into your trunk. You for sure wouldn’t carve it, because it would take until Thanksgiving to get all the seeds out. Holy moly. Forget Charlie Brown—these pumpkins are straight up bibbidi-boppidi-boo carriage material.

There are white, booty-shaped pumpkins, flat pumpkins, and pumpkins named “fairy tale” that are apparently the most bougie pumpkins of all, coming in at $18.99. I mean, one of my small pumpkin stacks could have bought me a brand new bra. But oh no—I’ll go wearing my one bra and that bougie pumpkin stack will sit there until it melts into goo one day before Halloween. It’s a real wise investment. I’m definitely in the wrong profession if a pack of fancy pumpkin seeds is $5.49, which will grow a whole patch of pumpkins. I don’t know what that math is, but you’ll probably make a million dollars.

Nevertheless, I love a fancy pumpkin, so it just is what it is. There’s no eating out this week, kids, just take your PB&J outside and admire the pumpkins. Happy fall and I hope y’all can get both pumpkins and gas in your car this week. Best of luck!

Alana Smith is a nurse anesthetist and boy mom (7 and 2) in Birmingham, Alabama. She lives with her husband, kiddos, and boxer, Sam. She is a member of the Society of Children’s Book Writers and Illustrators, and when she isn’t writing or chasing little humans, she can usually be found in the aisles of Target.