There’s something undeniably cool about communicating via secret code. And the long-beloved language of kiddie spies, sleuths and language lovers is Pig Latin. The nonsense-sounding words are actually simple to speak and understand once you know the basics. So practice with this Pig Latin primer and you may just be able to boast that your kiddo is “bilingual” on their kindergarten application! 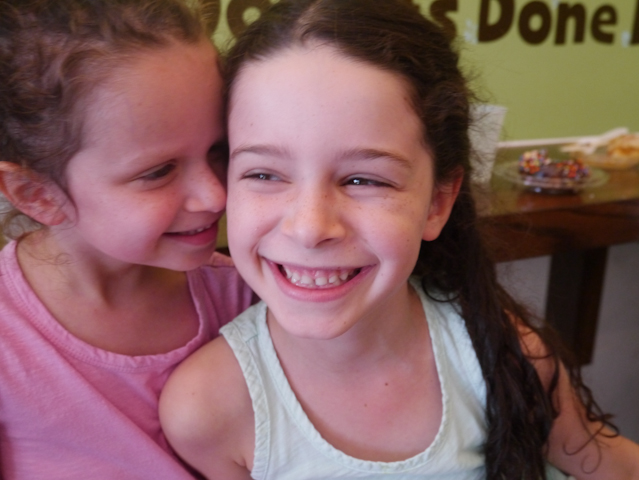 Words that Start With Consonants

Words that Start With Vowels

For words that begin with vowels, all you need to do is add “-yay” (some Pig-Latin speakers may add “-way”) to the end of the word. It’s a little bit of a brain break, as you don’t need to change any letters around, just say the word as normal then add “-yay” to the end.

For example: The word “it” becomes it-yay, the word “olive” becomes olive-yay and the word “under” becomes under-yay.

This also holds true for the personal pronoun “I”, which becomes i-yay.

Compound Words
Longer words that contain two distinct words are usually broken up into two parts, then the speaker follows the rules above for each of those words. It makes them harder to understand for those not fluent in Pig Latin (and isn’t that the whole point?)

That Tricky Letter Y
For words that contain the letter Y, you will have to ask the age-old question: Is that Y behaving like a vowel or a consonant? If it is the first letter in the word, chances are its in consonant mode and you should then follow the “Words that Start with a Consonant” rule above.

If Y is the last letter in a two or three letter word, such as “my” or “cry” the normal rules apply.

However, if the letter “Y” comes at the end of a consonant cluster, like in the word “rhythm”, it is treated like a vowel and does not move to the end of the word. For example, “rhythm” becomes ythm-rhay.

Now it’s time to practice. Here are ten common phrases that you can use to get your brain and tongue working like a native Pig Latin speaker. Ood-gay uck-lay!

Can you speak Pig Latin? Then leave your comment below in it!