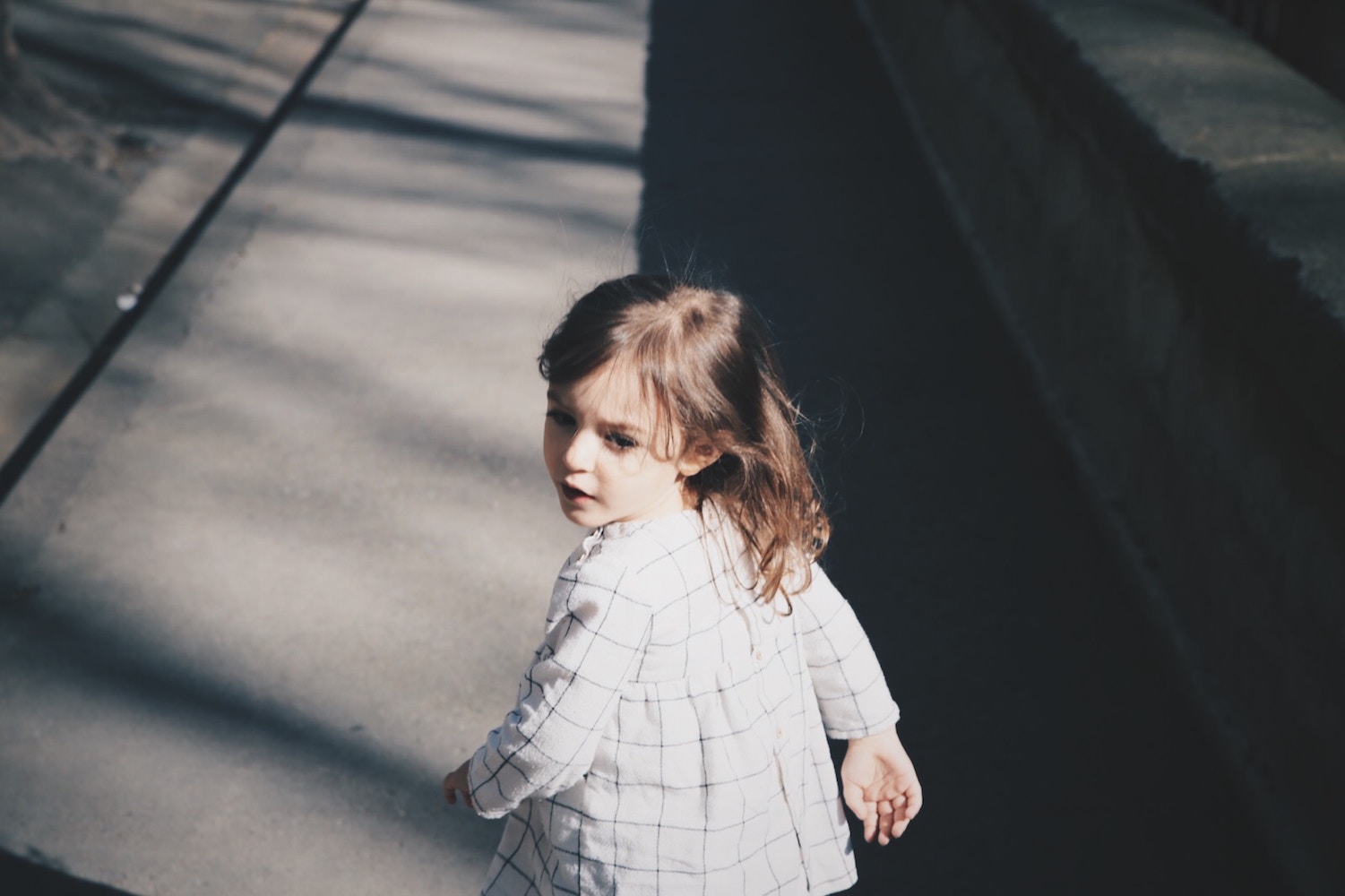 There’s a scene in The Bourne Identity where the lead character, Jason Bourne, is sitting at a roadside diner with the female protagonist, Marie. He describes how he instinctively knows the license plate numbers of every car in the parking lot. He goes on to identify physical characteristics of several people in the restaurant, all while his back is turned. Like the viewers at home, Marie is amazed and intimidated as she listens.

This was always one of my favorite scene in the movie. It was one of those finger snap moments when you yell out, “I wanna do that!” and point vigorously at the TV screen. But in reality I stayed true to my couch surfing and haven’t yet become a vigilante crime fighter. (But I can dream.)

My tween daughter, however, is a bad*ss female James Bond in her head and I’m determined to help her bring this identity to life. She knows the world can be an obstacle course and can be especially challenging for a female to navigate. She also knows things are different today than they were for me a couple of decades ago and she can see the waves of change to make things different again by the time she reaches adulthood.

But even when you do everything just right, bad things can still happen. You may be the sole eyewitness to a crime or the only dependable testimony of an event. No one wants to think about their child being kidnapped or being involved in a school lockdown, but they do happen.

My husband and I had barely given any thought to these things until one night a few years ago. We were getting ready for bed when we heard a loud crash and realized someone had slammed into our car. I called 911 while my husband ran outside. The driver, a young man, had been drinking (we later learned it was not the first time) and had taken off on foot. When the police arrived and asked for a description of the events, we were both so shaken we could barely put the story together. How tall was he? What was he wearing? In which direction did he run? The next morning, hindsight was clear–we were both unable to stay level-headed and observant during crisis situations and that had to change.

There are so many what-if scenarios it’s easy to drive yourself crazy with anxiety. People say to plan for the worst and hope for the best, so it can’t hurt to do a little practice in self and social awareness and especially to train our kids to be perceptive and intuitive. After all, the day may come that you’re called upon to MacGyver your way out of a zombie apocalypse. 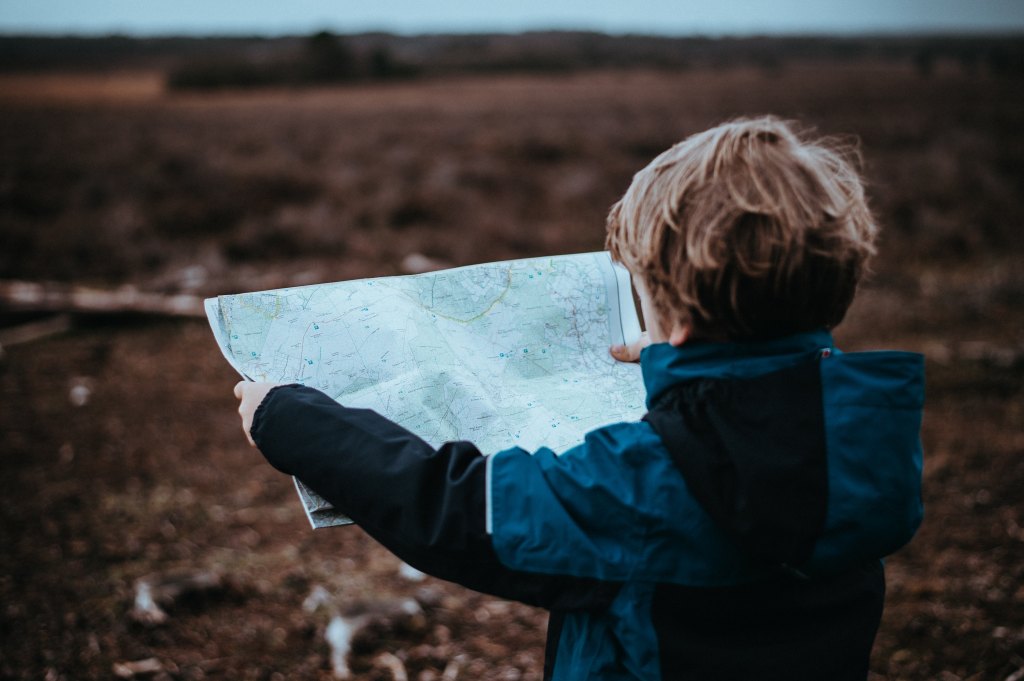 We started out by simple problem solving and environmental awareness while out on our nature hikes. Instead of shouting out “Be careful!” at every turn, I encouraged my daughter to frequently evaluate her situation. We learned key survival skills for being outdoors and some tricks for telling time by measuring your hand against the sun. If she chose to scurry over some rocks in a riverbed, I’d ask her to notice how slippery or loose they were so she could plan her route back safely.

Whenever she found herself in a precarious situation, I’d remind her to stay calm, breathe deeply and explore her surroundings for a sturdy branch or foothold.

Break out the board games.

Common board games like Guess Who? and Clue were wonderfully fun ways to get our brains trained to observe details and ask specific questions. Guess Who? forces you to careful inspect the faces on your board, whether they be people, aliens or dinosaurs and fine-tunes your questioning abilities to get to the nitty gritty. Clue encourages process-of-elimination thinking and strategizing.

Play “awareness games” when out in public.

We spend a lot of time in parks and museums, so we started playing little awareness games where I’d ask her to look around for 30 seconds and then list all the things she could remember. I would ask questions such as “What color was the car that just drove by?” or “Was the cashier wearing glasses?” It didn’t take long before my daughter started to notice people’s name tags, car emblems and street signs. She quickly began to remember store layouts and started pointing out restroom locations and emergency exits.

Build up their adjectives word bank.

A side benefit to studying language arts was getting descriptive vocabulary built up. Now instead of saying “a man with a blue shirt” my daughter might say “an older tall man with glasses and a striped navy blue dress shirt.” Colors became more defined and details were more specific.

Have your child “drive home.”

One of my daughter’s favorite awareness activities was our “get us home” game. As we’d get into the car to head home from a playground or grocery store, I would encourage her to verbally guide us home. In the beginning months of this game, she would yell out “Turn left NOW!” at the last minute as she recognized a familiar landmark, but now she easily calls out street names well in advance and even remembers places where lanes merge or are forced right turns.

I feel confident she can get herself home if she is ever lost, even miles from home. An extra bonus is in a few years when we start driving practice, she’ll already be well prepared.

Discuss the fine line between awareness and suspicion.

One thing I’m especially mindful of is how easily awareness can turn into judgement or suspicion. We focused a lot of our discussions on how important is it to simply observe surroundings and not jump to conclusions about what someone’s intentions may be. She knows not to focus on the way a person is dressed or how they look, but instead to be attentive to their behavior and actions.

Be perceptive with friends.

Studying body language is a great way to train ourselves to tune in to non-verbal cues from the people around us. Over time, my daughter has developed an intuition to seek out the “new kid” when she see one and notices when something is abnormal with her more familiar peers. It’s common for kids to non-verbally communicate their feelings, especially difficult ones that cannot easily be expressed with words, such as abuse or bullying. We talked a lot about how to listen to “gut feelings” and be confident to take action if something feels wrong.

The Community Emergency Response Team (CERT) program educates volunteers about disaster preparedness and trains them in skills such as fire safety, search and rescue, basic triage. There are over 2,700 program centers nationwide and the training is entirely free. Local city and county offerings vary, but most offer some sort of emergency management training programs.

I can’t stress enough how important it is for a child to know their home address and phone number. Repetition is key here. Beyond just knowing this information, kids need to also understand when it is safe to share this sensitive information– with teachers and police officers, for example and not a stranger at the playground.

Set a safe word or passcode.

My daughter chose a goofy word that serves as our family password. It’s a word not commonly spoken and not easily guessed and she knows not to trust anyone beyond family and close friends unless they can confide our secret password.