Walt Disney World is almost ready to kick off its 50th Anniversary Party, and of course that means there’s a new coffee blend to go with it!

Joffrey’s Coffee & Tea Company, the official speciality coffee of the resort has just announced the Walt Disney World® 50th Anniversary Blend. A dark blend of 100% Arabica beans from Central and South America, the blend also has notes of blueberry, black cherry and lemon. 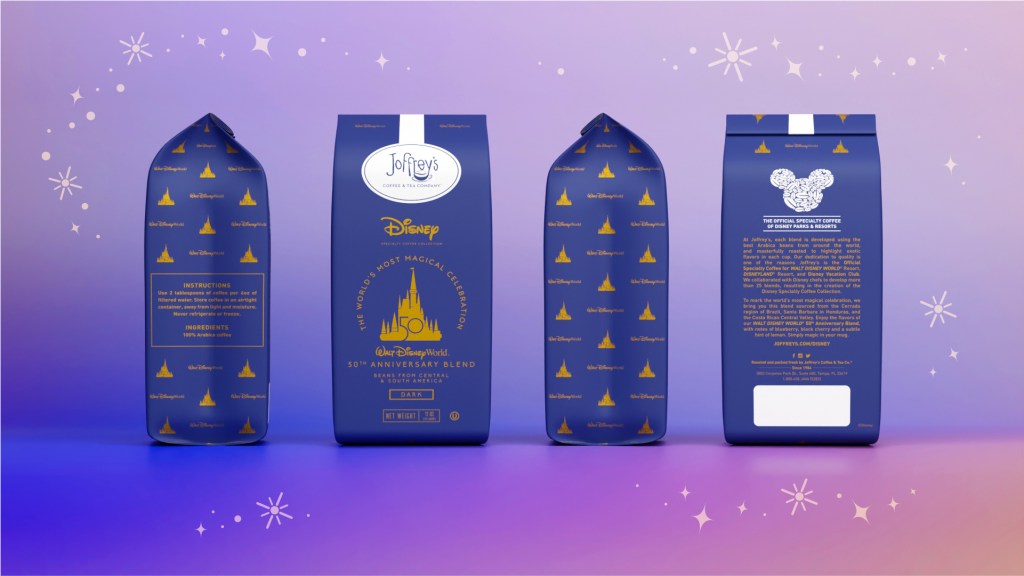 In addition to a brand new flavor, the The Walt Disney World 50th Anniversary Blend comes packaged in a special bag with noted golden castle imagery. Just like previous Joffrey’s coffee, it will be available at locations throughout Walt Disney World Resort and Disneyland Resort.

Want to know where you can get a cup? Just head to the WDW Resort, in-room at Walt Disney World
Resort, Disneyland Resort hotels, Disney Vacation Club hotels and resorts, Joffrey’s Disney Springs–The Landing location, select Walt Disney World Resort merchandise stores in-park and at around the resort and at signature restaurants within Walt Disney World and Disneyland.

All photos: Courtesy of Joffrey’s

Starbucks Has New Halloween Tumblers That Glow in the Dark