Picking the perfect movie night flick (one that everyone will sit mostly still through) is no easy task, especially if you have a comedy lover, a fairy follower, a suspense seeker, and a superhero admirer in the same family. But, we think we’ve cracked the code. From the classics like Charlie and the Chocolate Factory (the original version!) to new witty, animated films like Zootopia, we’ve rounded up 19 family flicks that make staying in the perfect Friday night plan. 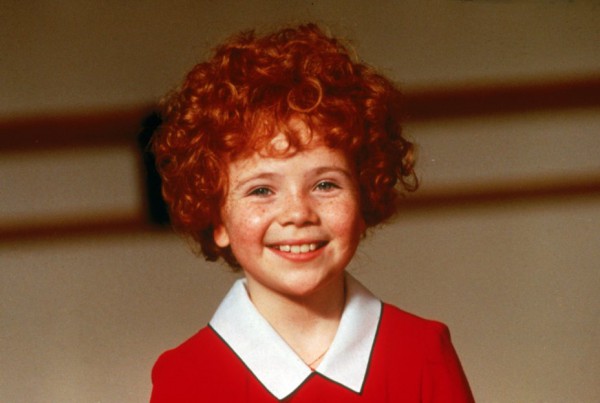 It’s a hard-knock life! Everything about this movie brings you right back to 1982. The overwhelmed and over-served Mrs. Hannigan (played by Carol Burnett), Annie’s spunky red hair, and of course Daddy Warbucks. The movie based on the Broadway musical is a classic rags to riches story that every kid should see once and every parent can watch again and again. 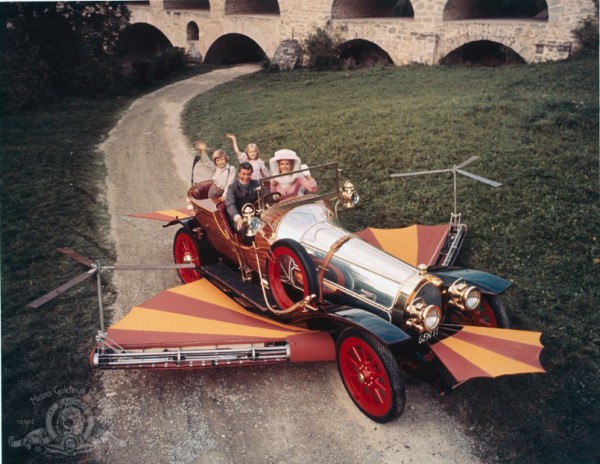 Before Lightning McQueen there was Chitty Chitty Bang Bang. It’s no surprise that this whimsical movie has been entertaining families for decades. It’s fantasy meets adventure at its finest. Caractacus Potts played by Dick Van Dyke is an eccentric inventor who transforms a beat up motorcar into a dream machine for his two kids. The fantastical car takes on a life of its own and the adventure begins. Make-believe never gets old!

Pixar really dons their super suit in the epic film The Incredibles. The animated family is so human-like, you believe they could actually be your very funny (and credible) neighbors. The movie is hilarious on every level and delivers wickedly witty dialogue. It's a smart, fresh and funny movie about the real superheroes: families who stick together. 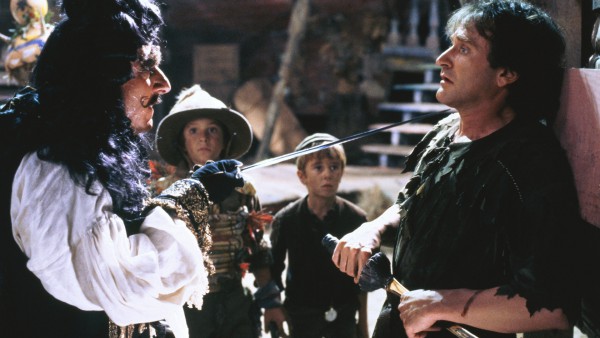 No one plays a grown-up Peter Pan better than Robin Williams. Directed by Steven Spielberg and sporting an A-list cast, Hook is the story of what happens to Peter Pan after he grows up. Spoiler alert—it’s not pretty. After he finds his way back to Neverland, that’s when things get interesting! From battling Captain Hook to rescuing his family, this movie has plenty of sparkly magic and humor for both kids and parents. 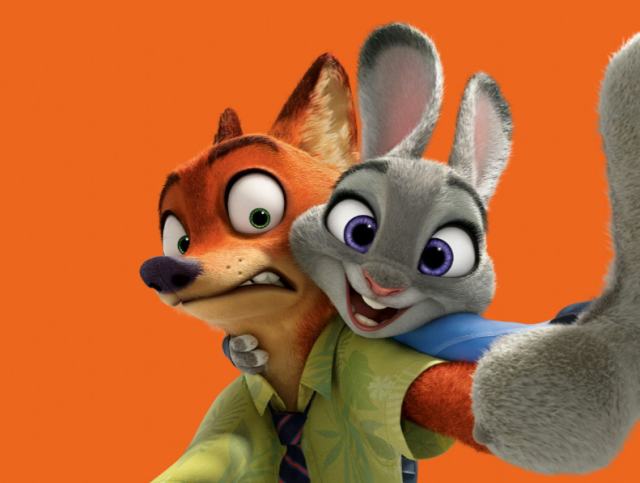 After an otter goes missing, it's up to bunny cop Judy Hopps and her fox-with-a-criminal-record sidekick Nick Wilde to solve the crime. Along the way, the duo meets some of the unique citizens that make up Zootopia and learn to appreciate (love, actually) each other's differences. The film's got a groovy soundtrack, including the irresistible "Try Everything" sung by Shakira. Try this movie, and you won't be disappointed. 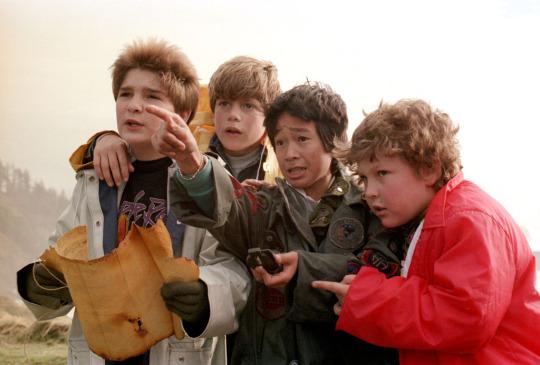 It's hard to believe The Goonies has been around for over 30 years. Luckily, like all fabulous 30-somethings, the movie just gets better with time. Why not take a family pilgrimage to Good Docks and share this fun loving classic with your kiddos. The movie is better suited for older kids who will appreciate the rambunctious, noisy, pirate-themed treasure hunt fantasy and not get spooked out by the danger that ensues. 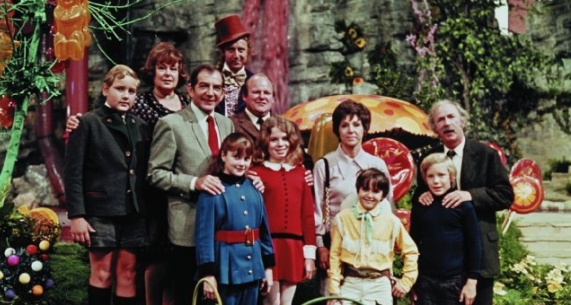 Charlie and the Chocolate Factory

Willy Wonka, oompa loompas, and the search for a golden ticket. This classic movie stands the test of time and has something for everyone. Little ones will be mesmerized by the bright and colorful set and characters, older kids will get the film’s message (honesty is the best policy!) and parents can wax nostalgic while watching the one and only Gene Wilder do his thing as Willy Wonka. 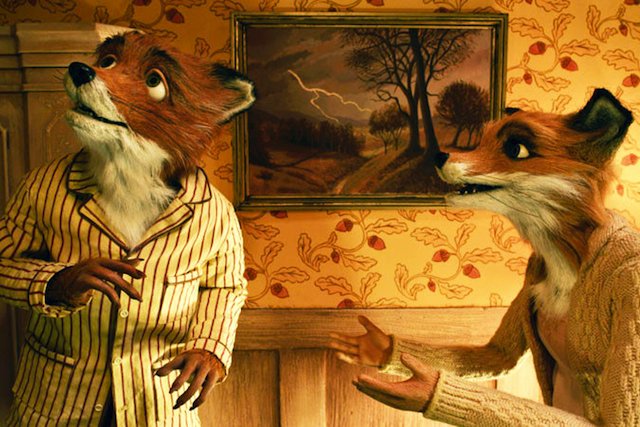 Another Roald Dahl book adapted as a Hollywood hit! Mom can get her George Clooney fix (he voices the lead) while the kids get to enjoy a smart, witty flick about a fox outwitting farmers. It’s full of soul, with fantastic voice-over acting and stop-motion animation that's a surprising change up from animated flicks. 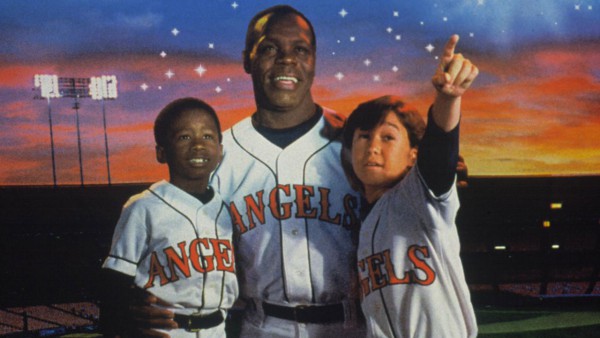 Angels in the Outfield

Ever wonder what Matthew McConaughey was doing in the mid-'90s? Playing ball with angels of course. The entire family will enjoy this remake of the 1951 original. This sporty flick hits a home run with its message of hope and friendship. 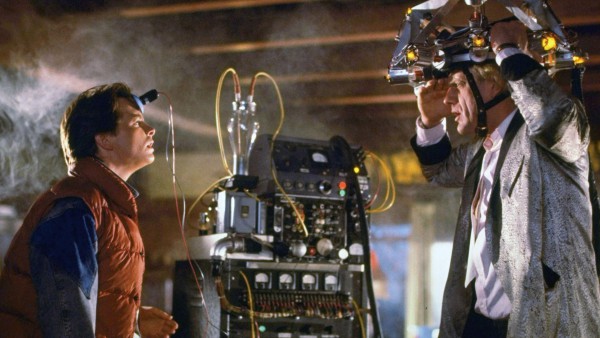 Back to the Future

'80s time travel—yes, please! Marty McFly will have the whole family pulling for him as he travels back to the 1950’s via a time machine created by his lovable wide-eyed and crazy-haired scientist pal “Doc.” Adventure ensues and viewers are taken on a wild ride through time. Kids will appreciate the sense of wonder, and parents will remember why they’ve always loved Michael J. Fox. 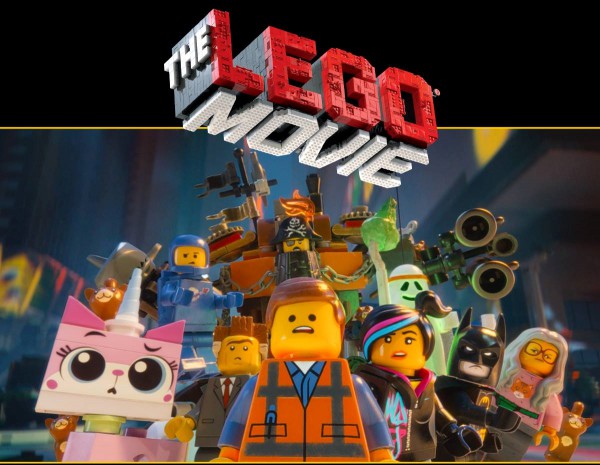 Try and find someone aged two to ninety-two who didn’t LOVE The LEGO Movie. It’s not an easy thing to do. The movie is smart, funny, visually appealing and is led by an all-star voice-over cast. This animated adventure has a real message and a sophisticated humor that truly transcends generations. We think everyone can agree… everything is awesome!! 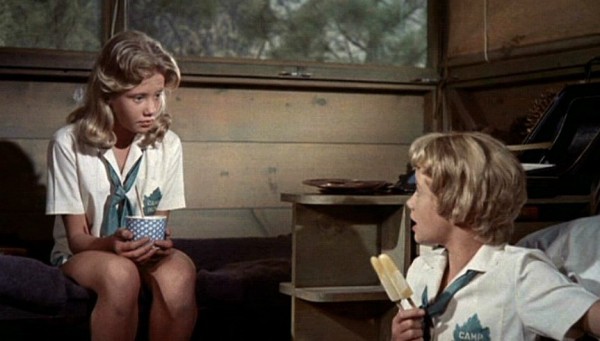 Identical twins whose personalities are anything but similar. Hallie Mills plays both twins in this classic movie about kids trying to reunite their divorced parents. The movie is old-fashioned by today’s standards but still charming. Everyone will love this prank-filled, mischievous film! 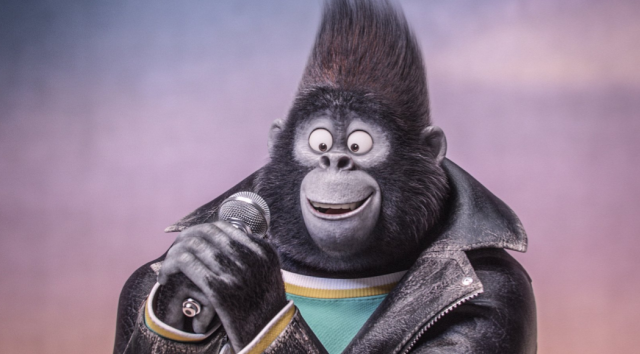 Music lovers young and old will love this flick about an intrepid koala that tries to save the fate of his beloved theater by hosting a singing competition. The voices that come out turn this movie on its head. 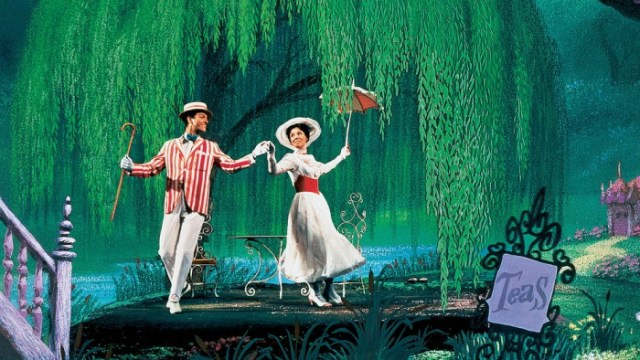 Is there anyone who doesn't dream of a magical Mary Poppins arriving to save the day? Hired as a nanny to a wealthy family, the musically gifted Mary sets out to teach manners, orderly conduct, and unabashed fun. Drinking tea on the ceiling and adventures in sidewalk chalk paintings can only happen in your dreams; or while hanging out with Mary Poppins! A charming movie that is full of magical moments and life lessons. There's a word for movies like this one. It's Supercalifragilisticexpialidocious! 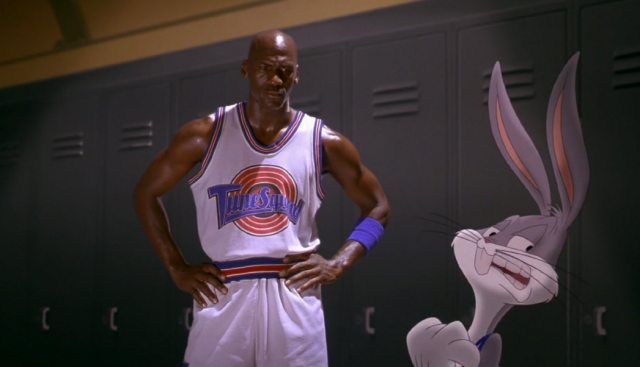 Back when Michael Jordan was still more known as the best basketball player in the game and not just a retired owner and business face of a multi-billion dollar corporation, this classic movie with a few of Jordan's buddies, namely Bugs Bunny and crew, was released. With special effects that were ahead of its time, the movie is still a must watch classic for families. 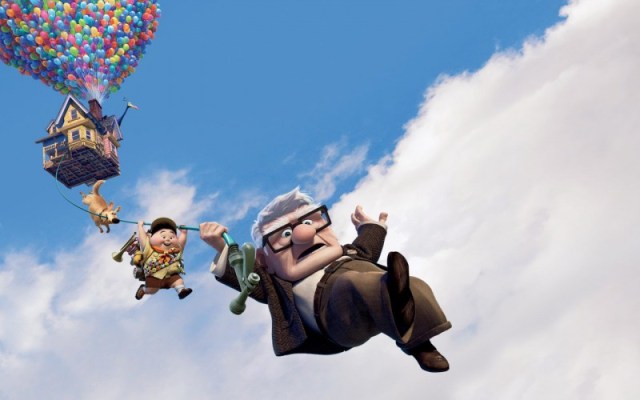 Get ready to be awed! Up has all the makings of a great film and…it’s animated. It’ll make you cry, laugh and believe anything can happen. The sweet story about a multi-generational odd couple who journey skyward to Paradise Falls shows kids and adults relationships are about the people in them and adventure can happen when we least expect it. 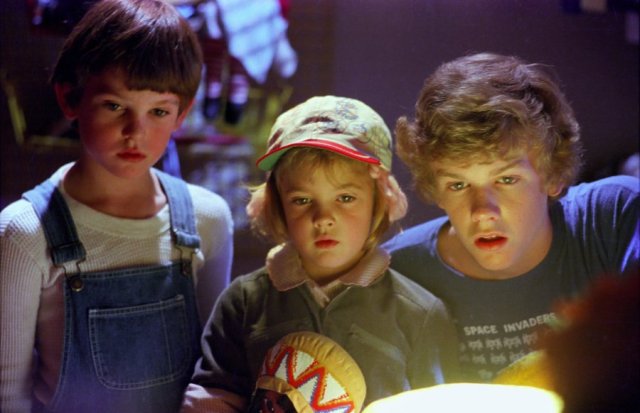 More of a cultural touchstone than a movie, E.T. has left its mark on so many childhoods. “ET Phone Home” is a movie line that will never be forgotten and the bond between Elliot and his extra-terrestrial buddy is one everyone wishes they could find. Transcending generations and atmospheres E.T. is just as fun to watch in 2017 as it was in 1982. 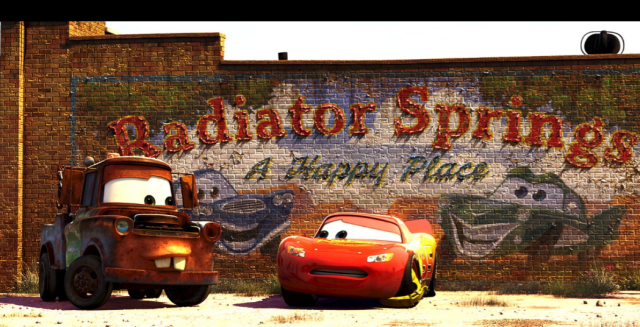 This animated movie checks all of the 'good movie for kids' boxes: there's drama, there's humor, and most importantly, there are lessons on friendship. The down home vernacular from the tow truck Mater steals the show, and keeps the movie from ever getting too serious. 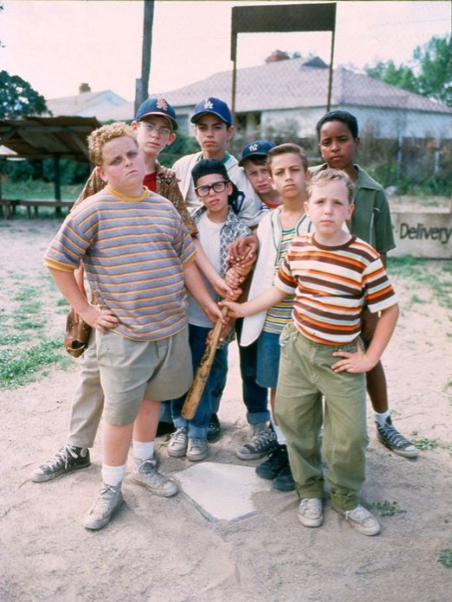 On the surface, 'The Sandlot' appears to be your run-of-the-mill baseball movie. While the movie does revolve around baseball, its really a movie that takes you back to the lazy days of Summer before social media and technology. When childhood was all hanging out at the local pool and family barbecues.

75 Movies Your Kids MUST See Before They’re 10

The Best Movies & TV for Kids That Shatter Gender Stereotypes

The Best Movies to Watch with Grandparents 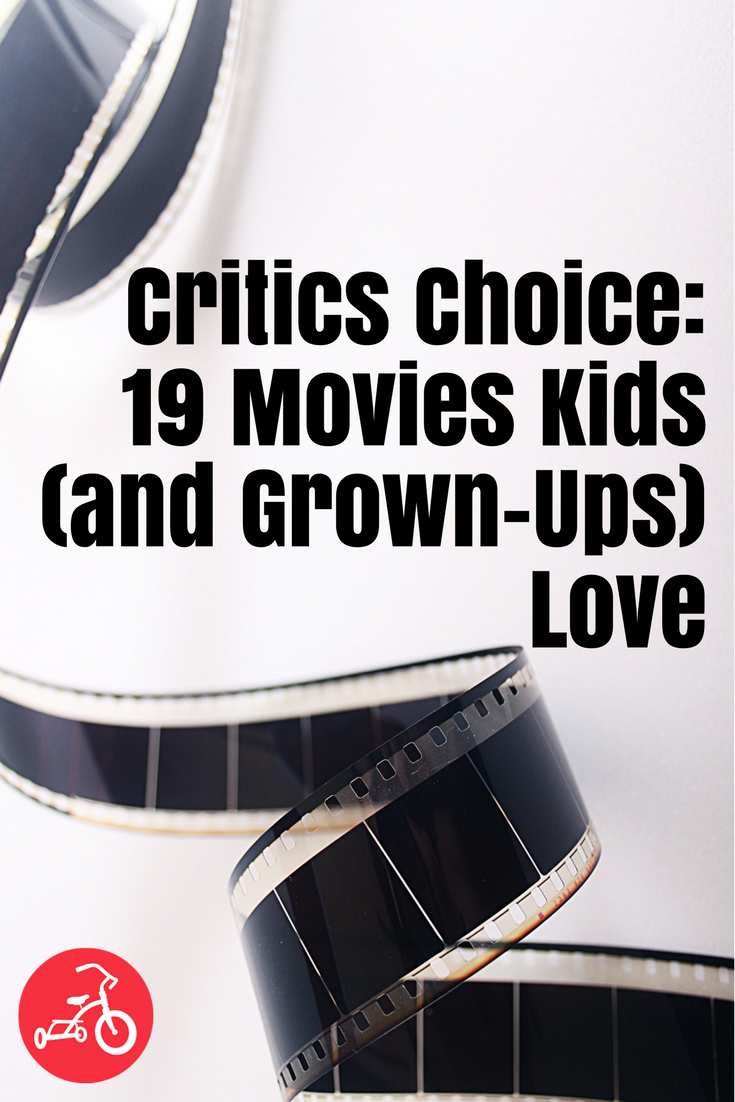