This Is the Easy Antidote to Summer Slide 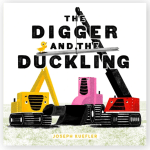 Gift These 6 Books to Help Raise Your Next Bookworm

Whether you’re a Latinx parent looking for representative board books for baby, cool chapter books for your kids, or an ally seeking more diverse kids’ books, we have you covered. These stories are kid-tested and summer-approved. Scroll down for a list of epic books for kids.

Board Books & Books for Babies and Toddlers

This installment of the ‘Be Bold Baby’ kids’ book series will introduce small fry to Sonia Sotomayor. Celebrate pivotal moments in the career of the first Latina Supreme Court Justice in US history. Ages: Baby-3

Singer/Songwriter Selena Quintanilla-Pérez was one of the most celebrated Mexican-American entertainers in the late 20th century. In this kid’s book, you little will learn about Selena’s contributions to the music and fashion industry, interspersed with fun facts about her everyday life. Ages: Baby-4

Join Latin Grammy Award-winning 123 Andrés in this celebration of friendship. Based off of the hit song from the duo, this bilingual, diverse book will get little hands clapping along to the bouncy rhythms. Ages: 2-4

Part of the Canticos Nursery Rhymes collection. Susie Jaramillo brings the classic Mexican nursery rhyme of Pin Pon to life in this sturdy book about manners and hygiene. Ages: Baby-5

Juanito is excited for today: he gets to help Papi at his landscaping business! Not only does he learn the ins and outs of how physically demanding the job is, Juanito gets the opportunity to try his hand at design. A true story from John Parra, an award-winning artist whose father was a landscaper, this story gives an inside glimpse into the beauty of the career. Ages: 4-8

Peloton instructor Robin Arzón celebrates the special bond forged through sweat during pregnancy in this picture book illustrated by Addy Rivera Sonda. Together with abuela, abuelo and the rest of her family, Mama tells the story of nine months of hard work with her new baby. Ages: 4-8

Where Are You From?

In this award-winning diverse picture book, a girl and her Abuelo explore the answer to the deceptively simple question, ‘Where are you from?’ Parents will love the lyrical language and themes of self-acceptance. Children will be pulled into a vibrant imaginary world of hurricanes and tiny singing frogs. Ages: 4-8 years

Alma and How She Got Her Name

What’s in a name? For Alma Sofia Esperanza José Pura Candela, her name is a gateway to family history. The warm images and lovable character provide a jumping-off point to discuss your children’s names and the names of those around them. Ages: 4-8 years

Julian Is a Mermaid

Julian’s life is forever changed on the day he sees the brilliant costumes and colorful hair of Coney Island Mermaid Parade participants riding home on the subway. This epic book for kids proves that anyone can be a mermaid. Ages: 4-8 years

Every night Carmen puts on performances for her adoring family. Just one production has seventeen songs. Her parents find it exhausting, while her brother would like to be part of the show. Is the family stage really big enough for two? Carmen isn’t so sure. Ages: 5-7

Tia Isla wants to take the whole family to the beach. In this tale of family love and reunification, Medina weaves an easy-going tale of a family working toward a long-range goal. Ages: 3-7 years

Ode to an Onion: Pablo Neruda and His Muse

A celebratory story inspired by poet Pablo Neruda’s poem “Ode to the Onion.” This kids’ book takes young readers through diverse emotions with the help of Matilde Urrutia (Neruda’s muse) and her garden. Ages: 4 - 8 years

Lola’s abuela tells her “Just because you don’t remember a place doesn’t mean it’s not in you.” In this lyrical tale from Pulitzer Prize-winner Junot Díaz, Lola learns what it means to belong to a place even if “you left before you could start remembering.” Ages: 5 - 8 years

See the beauty in the world through the eyes of Maya, a person with a deep connection to a river and the ecosystem around it. A gentle story filled with love and respect for the environment. Ages: 5-8 years

Seven years before Brown vs. Board of Education, the Mendez family sued the California school board for the right to send their children to the neighborhood school. Incorporating interviews with Sylvia Mendez and court documents, Tonatiuh tells the riveting tale of the family that helped end segregation in California schools. Ages: 6-9 years

Discover the beauty of the Galapagos Islands through the eyes of Valentina. Inspired by the life of biologist Valentina Cruz, whose family was among the first to permanently inhabit the islands, this picture book lovingly depicts the plants and animals she has sworn to protect. Ages: 4-8 years

Without Separation: Prejudice, Segregation, and the Case of Roberto Alvarez

Do you know who Roberto Alvarez is? In 1931 in Lemon Grove, California, this young man took up a case against his local school board as they attempted to segregate Mexican American students. In a much-earned victory, Roberto's case is considered the first where an immigrant community used the court system to fight injustice. Ages: 7-10

Sofía comes from a family of dancers, but she just doesn't have the feet to become a professional like her parents. As a Cuban-American fifth grader, she's learning to navigate her own worldview, understand who she wants to be in life and what it means to be an immigrant family. Emma Otheguy's coming of age novel addresses racism and so much more that will keep young readers riveted. Ages: 9+

Solimar: The Sword of the Monarchs

New from Disney Hyperion, this chapter book introduces readers to soon-to-be princess Solimar, a Mexican heroine on the brink of her Quinceañera and her official coronation. When she visits a nearby magical forest on the eve of her big day, she discovers she has the magical gift of foretelling the future, which proves to be a blessing and a curse. Written by Newbery Honor Medal winner Pam Muñoz Ryan. Available Now. Ages 8-12.

Pilar Ramirez and the Escape from Zafa

An epic adventure-style book in the vein of Tristan Strong and Percy Jackson, Pilar Ramirez weaves myths and magic of the Dominican Republic into a hero’s quest narrative. Written by Julian Randall, the book addresses a topic few history books cover: the Trujilo dictatorship of the Dominican Republic and the many people who were forced to flee their beloved country. Families were torn apart. Loved ones went missing. Inspired by Julian Randall’s own family history, the novel is written from the point of view of Pilar, a 12-year-old girl whose own cousin went missing during the dictatorship. When Pilar attempts to learn her cousin’s fate, she is magically transported to Zafa: an island rich with beautiful creatures and sinister monsters, and the most feared of them all, El Cuco, the terrifying Dominican boogeyman. Pilar must face them all in order to rescue her cousin from the island’s prison. Kids will join in cheering for Pilar’s success and learn about the significance of the historical events that impact not only the history of the Dominican Republic, but also the history of the United States and the immigrant experience. Releases Mar. 1, 2022. Ages: 8-12.

What If a Fish

Eddie Aguado has never left Minnesota. With his father deceased and his mother unwilling to talk about him, young Eddie has a hard time feeling connected to his half-Colombian heritage. In this whimsical story about intergenerational family, Eddie discovers that building an identity is a bit more complicated than he thought. Ages: 8-12 years

Celi Rivera's mother wants her to have a moon ceremony when her first period arrives. Celi promises she will NOT participate. A sensitive, empowering exploration of what it means to teeter on the cusp of puberty by a diverse Latinx cast. Ages: 8-12 years

This is the story of 14-year-old Lucía Álvarez. Her parents, afraid of Fidel Castro’s revolution, send her to Nebraska, accompanied only by her little brother. Based on historical events, this chapter book touches on family and the true meaning of home. Ages: 8-12 years

More than anything else in the world, Stef Soto wants her father to get a normal job and quit working the family taco truck. But when circumstances threaten the family business, Stef discovers that being known as the Taco Queen isn’t so bad after all. An epic chapter book about identity and what’s truly important. Ages: 8-12

When baseball all-star Gabby Garcia moves to another school, it looks like her championship streak is headed for a strikeout. But Gabby has a play-by-play plan to save the day. What could possibly go wrong? A humorous chapter book filled with fun sports facts and a lot of heart. Ages:8-12

Villains beware: RP and MB fight crime and look for adventure all before their parents get home from work. A graphic novel with siblings that love each other? Yes, please! Ages: 9-12

Winner of the 2019 Newbery Medal. Sixth-grader Merci Suarez isn’t like the other kids in her private school in Florida. She’s a scholarship student. Instead of spending her weekends on a boat like the other kids, she performs community service to help pay for her free tuition. A sensitive coming of age chapter book that perfectly encapsulates the joy and uncertainty of the middle school years. Ages: 9-12

When 15-year-old Mariana Ruiz’s father runs for president, the added media scrutiny of her Cuban-American family causes her to notice that he isn’t the man she thought he was. What do you do when you don’t agree with your parents’ political views, and the world is watching you? Ages: 12 & up

By a co-founder of the Women’s March. 16-year-old Vali is an undocumented immigrant on the run in a near-future America where everybody is microchipped and tracked. Her goal: to reach the sanctuary state of California before it’s walled off from the rest of the country. Ages: 12 & up

RELATED STORIES:
The Best New Children’s Books of 2022 (So Far)
25 Banned Books to Read to Your Child Tonight
105 Best Books to Read Before They Turn 12